There was a bitingly cold north wind today, as we took the 19A bus from Queen Square to Walton Lane/Bodmin Road and crossed into Anfield Cemetery. There weren’t many birds, just Carrion Crows, Magpies and a flock of Black-headed Gulls, but there was a Grey Squirrel who sat low in a tree and nibbled on a peanut. 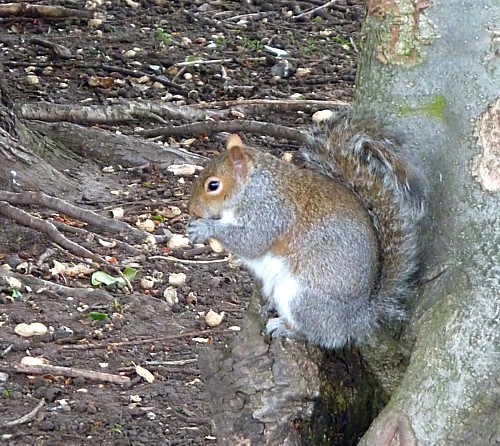 We are always interested in War Graves, and there are several notable ones in Anfield Cemetery. There is a mass grave of 554 Liverpool citizens who were killed in the May Blitz in 1941. Three Belgian Merchant Seamen were also killed that week and their gravestones are near the side of a path, probably cared for by the Belgian Government. 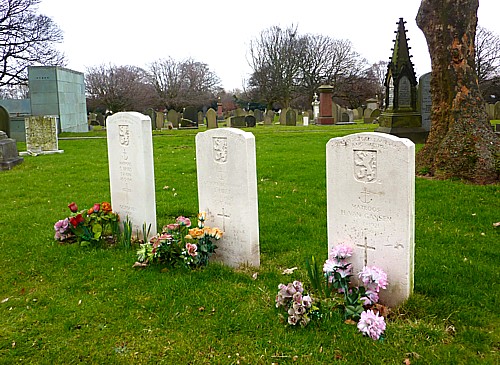 The most interesting memorials record the burial somewhere in the cemetery of two early recipients of the Victoria Cross. The one on the left is for Patrick Mylott who was honoured for his bravery in Lucknow during the Indian Rebellion (Mutiny) of 1857 while the other is for Joseph Prosser for his valour at Sevastopol in 1855 during the Crimean War. 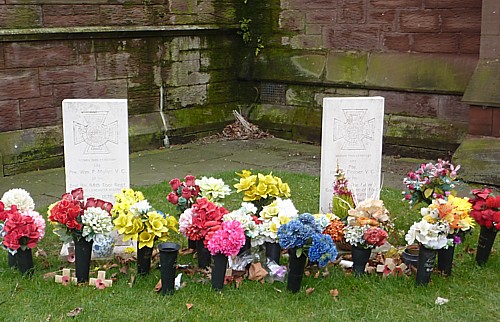 Then on into Stanley Park. On the lake were the usual Mallards, Canada Geese and Moorhens, and one star bird, a male Mandarin Duck, mixed in with the Mallards crowding for bread. 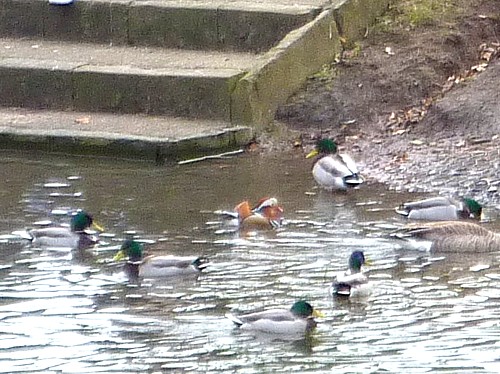 There was also a flock of Black-headed gulls. I counted 50, and 5 had their black heads, 10%. This is up from 2% last week at Greenbank Park. Several Magpies were bathing in the shallows, there were Blackbirds and a Dunnock on the bank and four Pochards  three males and a female  at the south end. 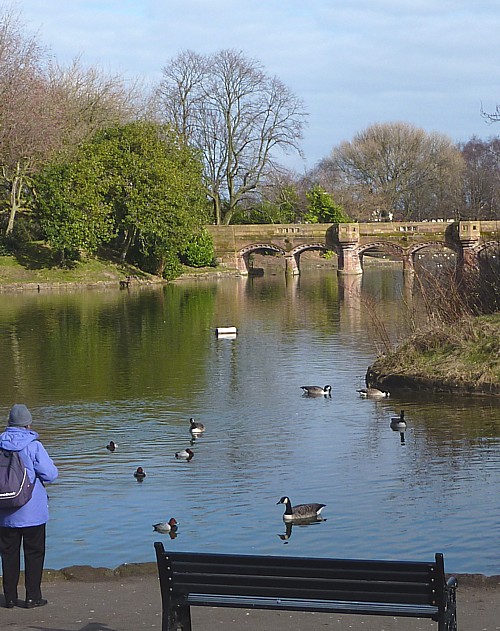 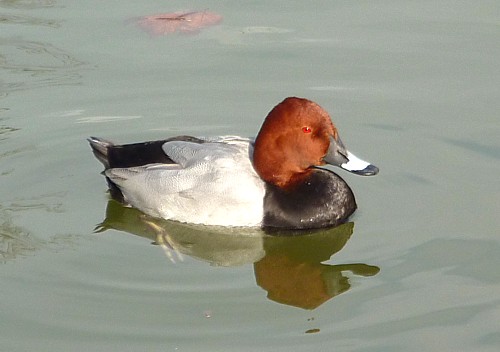 The sun came out while we ate our lunches in a sheltered spot near the pavilion, but it was soon cold again with a hint of sleet in the air. We walked back along the lake, trying to spot the Mandarin again, and also looking for the female which was said to have been with him a week or so ago. We eventually found the male roosting next to a Mallard on the edge of the island. A young family came by to feed the ducks and I pointed out the unusual one and said I hoped the bread they were throwing would make it stir itself and come to be photographed. With that, the young father took out a whole piece of thick-sliced white bread and flung it like a frisbee at the Mandarin. Luckily it landed in the water, not on the poor bird’s head. A flock of BHGs immediately dived on the bounty, screaming and splashing. The fuss roused the Mandarin as planned, but it just sat on the edge of the island, preening. We never did see the female, and wonder if she is hidden away somewhere, nesting, or if she didn’t stick around. 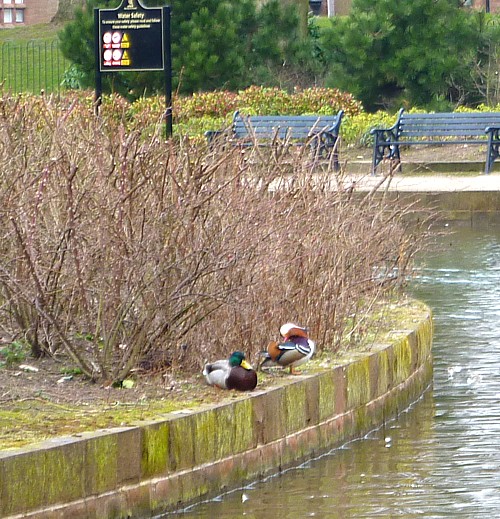