It was a bright and sunny day, but deceptively cold. We took the 86 bus to the Brookhouse pub and walked down Gorsebank Road to Greenbank Park. 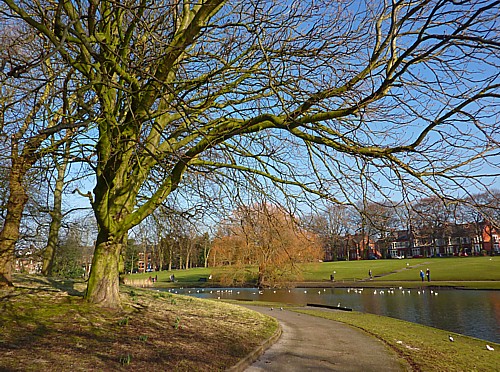 The lake was full of the usual birds of urban parks. Mallards of course, a Coot on a nest, a Moorhen, plenty of Canada Geese paired up and trumpeting at each other and at least a hundred Black-headed Gulls, with about one in fifty showing their black heads fully grown out. These are the older ones, apparently. There was a Herring Gull, a pair of Lesser Black-backed Gulls, one Mute Swan, a Cormorant (which was a surprise) and a Grey Squirrel (which wasn’t). In the ornamental garden the first daffodils were out and the trees held a Blue Tit, a Carrion Crow and some Magpies.

Then we walked to Sefton Park down Greenbank Road North and Ibbotson’s Lane. A coach stopped at the corner of Penny Lane. Tourists? Yes, they all got out and photographed each other, two by two, next to the Penny Lane street sign.

We were very cold by then so we had lunch out of the wind in the Palm House. Lots of lovely tropical flowers were out. There were splendid blue orchids, something with a flower looking like a scarlet firework an inch and a half across, and one whose name sign we found, the Shrimp Plant Beloperone guttata. 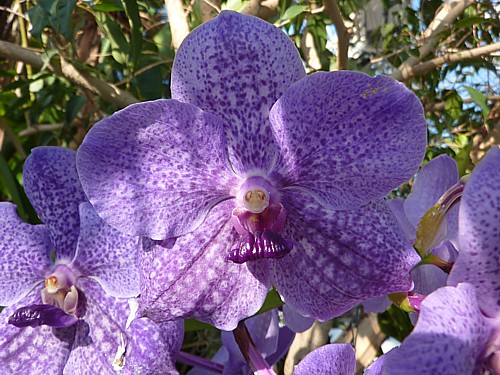 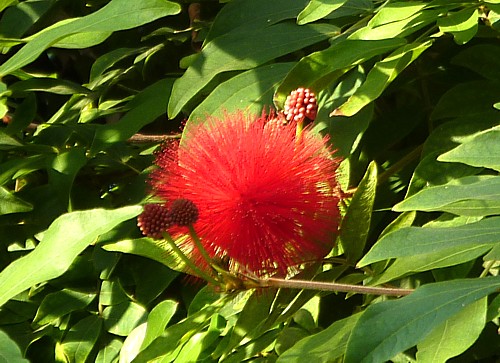 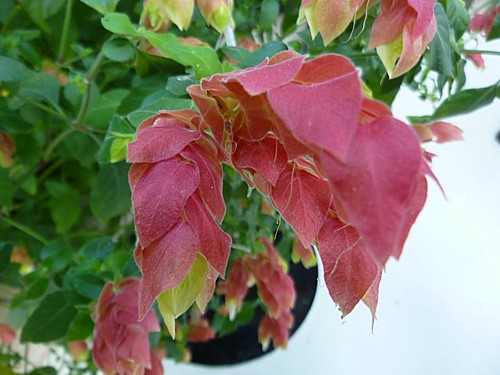 Around the park there were various signs of spring. The yellow Crocuses were out, the Witch Hazel had just finished flowering and the Alder trees were covered in catkins. 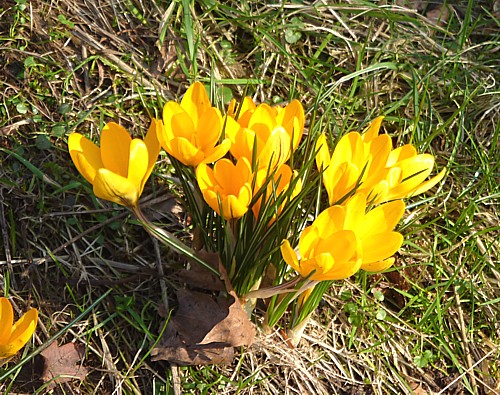 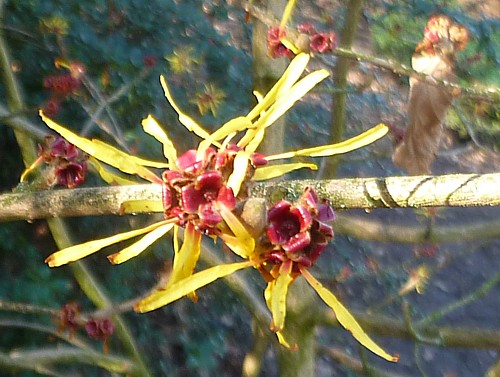 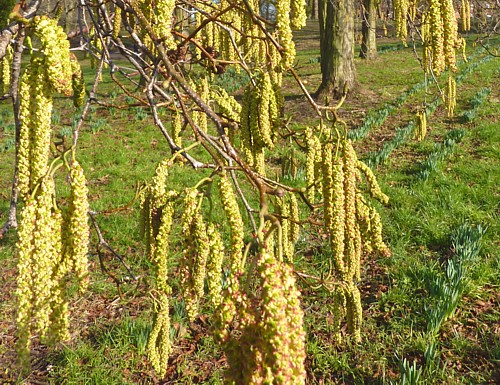 Another Coot was nesting on the lake. Two Mute Swans were sleeping on the island  were these the nesting pair? There has been an amazing increase in the Little Grebe population off the end of the island. At the end of August we though there were five, possibly a pair with three juveniles, but today we thought we saw ten or eleven. We stopped to talk to a photographer, and he said he thought he’d counted sixteen.