It was a beautifully clear and sunny day, not too cold, with some early signs of spring. For those who met a Waterloo, the day got off to a very good start, with Fieldfares spotted from the 133 bus on the north side of Long Lane in Thornton. We met the others at Lunt Village, and two more people joined us later in the day, making a total of 17 members. 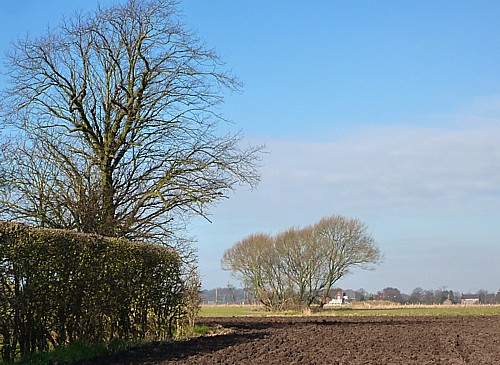 As we walked through the plantation of young Willow and Alder there were Siskins and Goldfinch twittering, and feeding on the small seeds of the Alders. 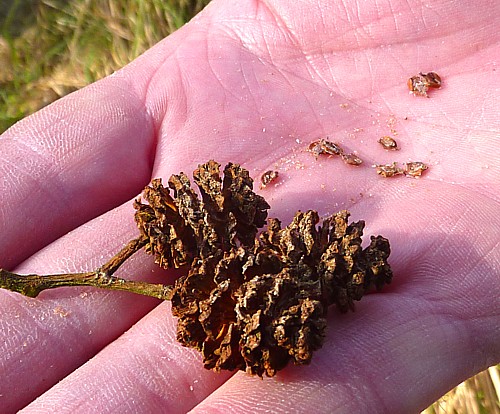 It was a day full of interesting sounds.  We heard a Water Rail, but nobody saw it. There was a bird scarer banging somewhere, and possibly some pigeon shooting going on. Further off we could occasionally hear the sounds from the firing range at Altcar. Skylarks were singing all along the River Alt embankments and Curlews were calling. A pair of Buzzards soared together in clear blue sky, and we flushed two partridges, probably Grey Partridges, although they whirred away before anyone had a chance to see them properly.  Chris Derri picked out two different kinds of leaf miner burrows in Bramble leaves. The two curly tracks, getting bigger as they wander through the leaf, were made by the larva of the moth Stigmella aurella. 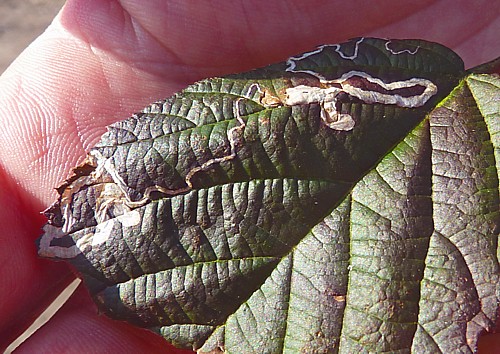 Chris thinks the concentric circular track in the other leaf was also made by a moth, but he’ll have to look that one up. [Added later – Chris thinks it’s either a fungal rust called Violet bramble rust Phragmidium violaceum or possibly Phragmidium bulboum.] 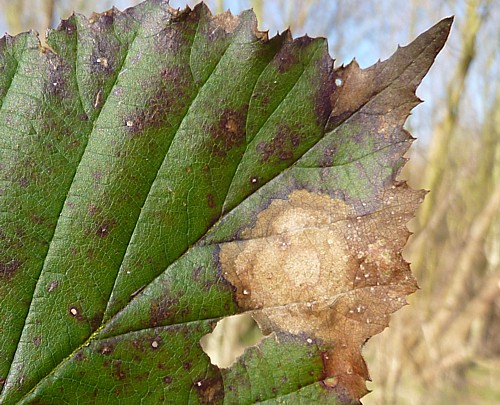 He also found another leaf mine caused by a fly on holly Phytomyza illicis.

Part of the area around Lunt is being remodelled as a flood storage area and will become a new nature reserve, managed by the Lancashire Wildlife Trust. Some of the pools are already in use by Shelduck, Mallards and Gulls. 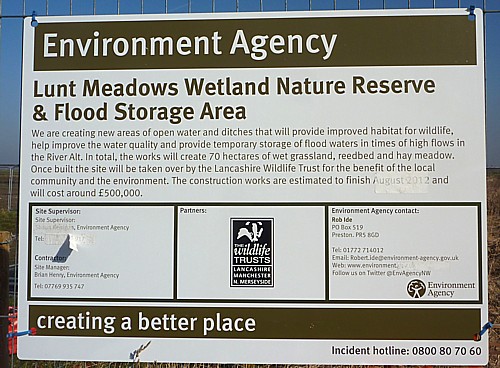 During lunch by the pumping station we spotted a big bird in the distance, initially guessed as a Heron, but it was a Bittern, flying towards us then turning north and going down somewhere near Ince Woods. Further on, a flock of Lapwings and Golden Plovers went up. We couldnt see any reason for the disturbance, other than a microlight going over, but David Bryant, who had joined us from further north, said he had seen a Hen Harrier in that area. Later part of the group found a Little Owl by the old farm buildings.

There were no keen botanists with us today, but we did note the pussy willow catkins, the Celandines by St Helen’s Holy Well and the spiky seeds of Burdock. 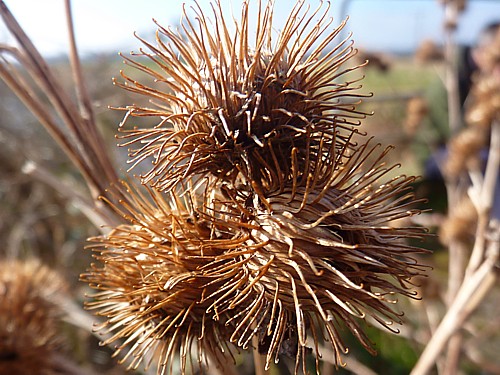