It was a bright and sunny morning and stayed that way all day.  Along the Wirral bus route there was white and pink cherry blossom, Forsythia was just coming out and garden Magnolias had fat buds. Is it Spring? 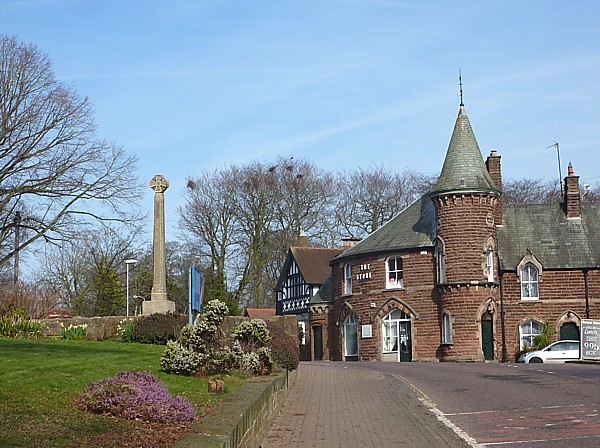 Rooks were cawing from the Thornton Hough rookery and a Nuthatch was calling from the trees alongside Thornton Common Road. Two Partridges flew off across a field, but they were too distant for us to decide if they were Grey or Red-legged. We turned in at Crofts Bank Cottages, then right onto the footpath across the fields. A Weeping Willow in the hedge was just greening and there were molehills all along the path. 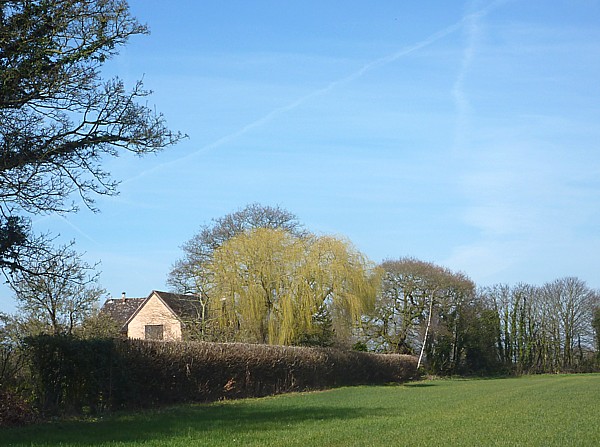 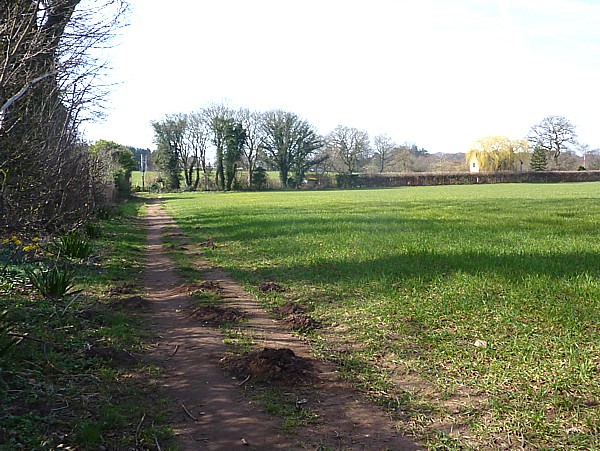 After the recent good weather the paths were quite firm and dry, although it can be muddy along this way sometimes. A Skylark was singing overhead, a Great Tit called persistently from the trees and a Buzzard circled. The fields appeared to have been planted with grass for hay or silage, whereas in previous years we have seen Oilseed Rape or Maize. The hedges had been ruthlessly flailed. 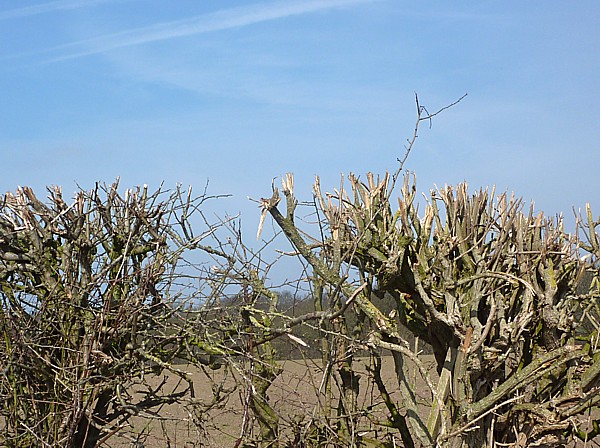 Was it Sparrows making that chorus of chattering and twittering? No,  it was a flock of about 100 Linnets on a roughly-ploughed field, occasionally taking flight then settling again. Over the hedges we could see the two Liverpool Cathedrals on the skyline to the north east. 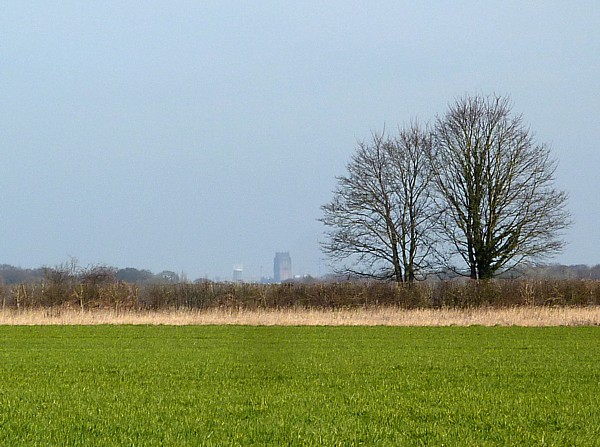 One field of early green shoots looked like a grain crop. Oddly, one strip was bare. Did the farmer miss a bit when he was planting, or is this set-aside to give the birds some bare ground to nest on in the middle of the field? 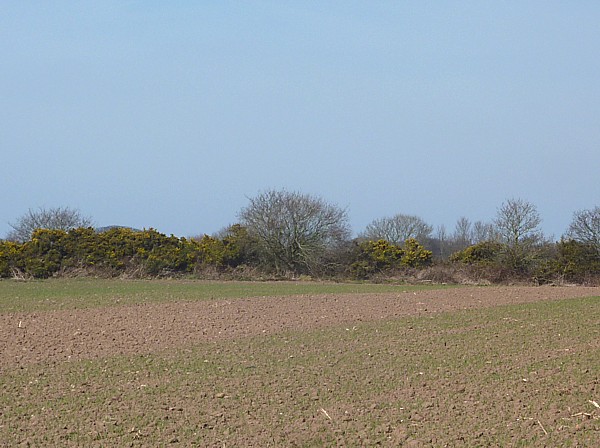 We made a diversion from our usual route, down to the right, and there was a picnic table by a couple of little ponds, just right for lunch, and dead on 12 noon, well done John!  We heard our first Chiffchaff of the year singing and the ground was carpeted with Celandines. Yup, it must be Spring.  In shady damp places, there were clouds of little midges and occasional larger insects darting about. Some of us have had Bumble Bees in our gardens in the last few days, newly awakened Queens, looking for a hole in the ground to start a nest.

When we set off again we spotted a Kestrel hovering, then it flew around, showing us by its chestnut back that it was a male, then it perched in a bare tree. 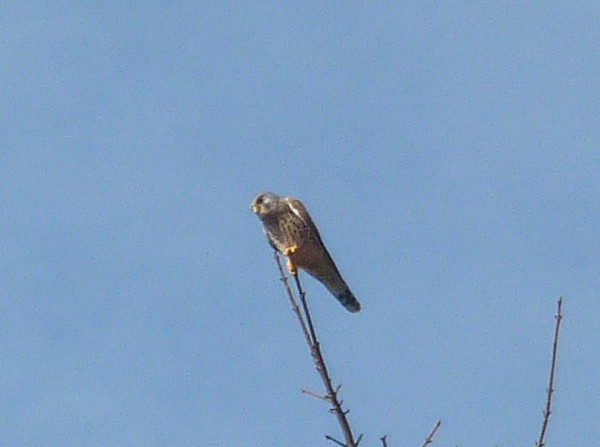 Snowdrops were still in flower by the big red earth bank with the interesting holes in it. Is it a Badger sett?  A few fields before Brimstage we came across a long mound of tons of very black stuff, with a bluish sheen. It can’t be coal tailings, so was it very old and crunchy manure that the farmer was about to spread on his fields? 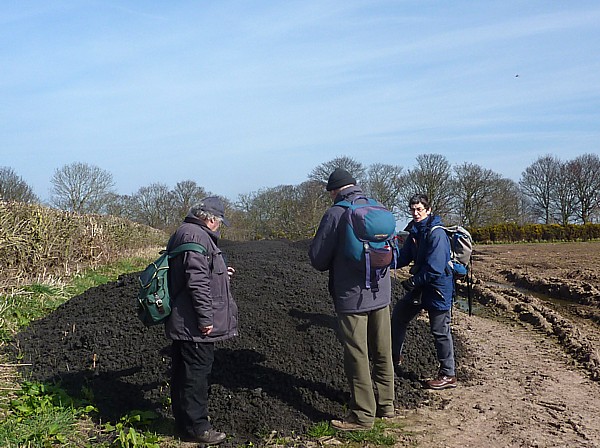 As we approached Brimstage the motor bikers on the Egg Run passed by, some in Bunny costumes, and some with rabbit ears on their helmets. Brimstage courtyard has been smartened up with new fencing and paths, but the shop that used to sell knitting wool and embroidery kits has changed hands, and now sells cushions, ornaments and other nick-nackery under the general heading of “Interiors”.  But I cheered up when a small girl came by on a tubby little “Thelwell” pony. 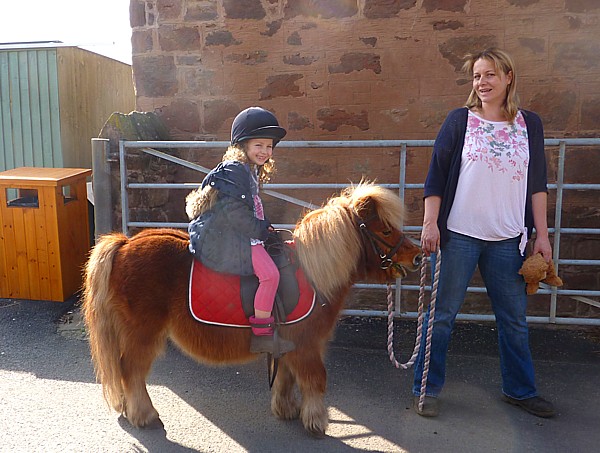 There was a Song Thrush in the field opposite where they grow a Maize Maze in the summer.  Along that field edge we saw our first Coltsfoot flowers of the year, a Dandelion, and soon we came across the first Blackthorn blossom, together with an early bee or wasp. 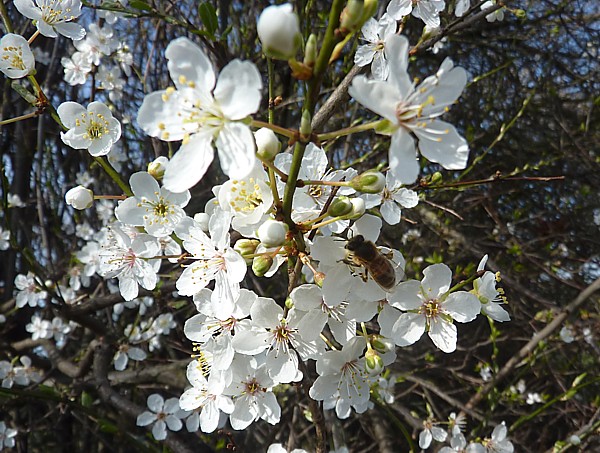 The five stiles that we usually have to climb on the route back to Thornton Hough have been  replaced by new kissing gates, so despite not seeing any Hares today, that made me happy!