It was raining when I set out this morning, but I stopped on the way to the bus to admire this newly-blooming Magnolia in one of the gardens on Liverpool Road. 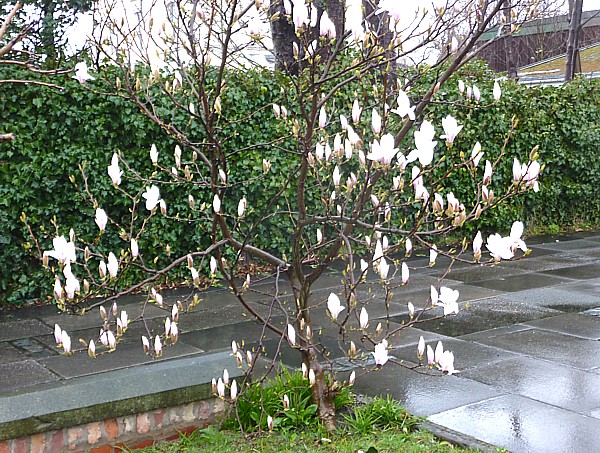 We planned to go to Walton Hall Park, but it was still raining steadily when we met, and forecast to rain all day, so we abandoned that idea and decided to go into the three great public buildings on William Brown Street.  In St John’s Gardens a pair of Goldfinch flew together into a small tree and a Herring Gull was sitting on the head of the statue of Alexander Balfour. 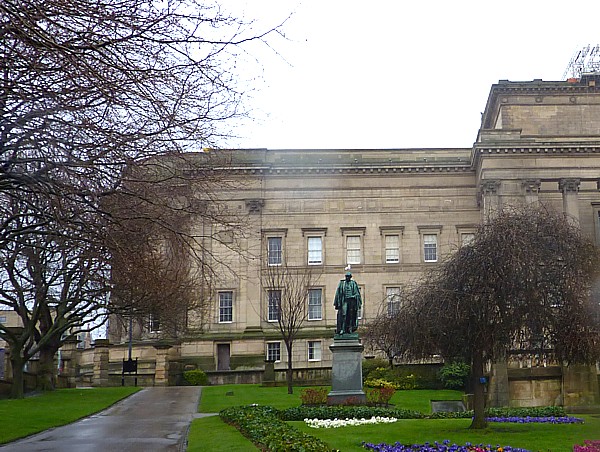 Within the Walker Art Gallery we were interested in the butterfly on the marble statue of “Love cherishing the soul while preparing to torment it” by John Gibson (1790-1866), showing “the god Eros caressing a butterfly upon his breast while with his other hand he is drawing an arrow to pierce it.” The butterfly is a bit thick and heavy, but perhaps the sculptor didn’t dare carve it any thinner! 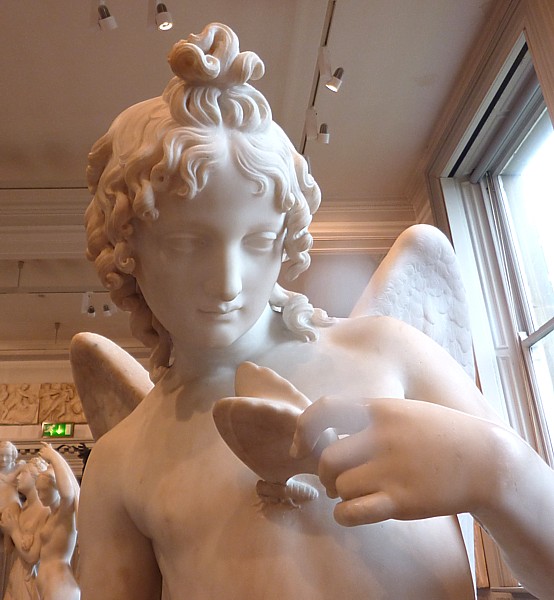 We also looked at the special exhibition of photos from the 1960s of Britons at play by Tony Ray-Jones.

Outside the World Museum a rough bank has been designated as a City Wildlife Meadow. There are only some daffs and primroses at the moment, but the sign says “It will take time to become a colourful home for wildlife”. 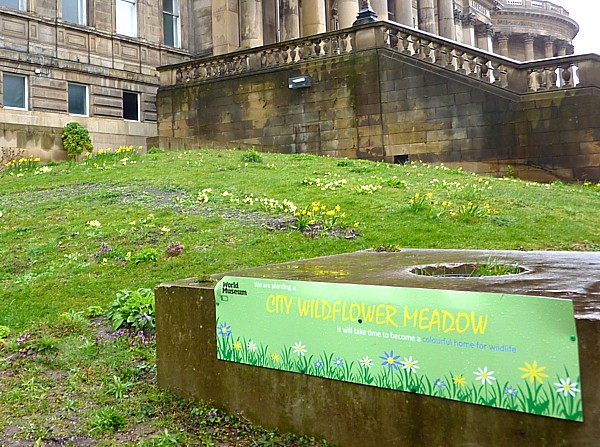 We ate our sandwiches in the picnic area on the Museum’s fourth floor, then went up to see the old clocks and the bits of Moon rock on the fifth floor. We had a brief look around the Central Library, where we looked at the wonderful old Hornby Library and the book of Audubon prints in the Oak Room, which today was open at the Yellow-poll Warbler. It was still raining as we emerged, although we were cheered up by this great clump of Hyacinths growing on the edge of St John’s gardens. 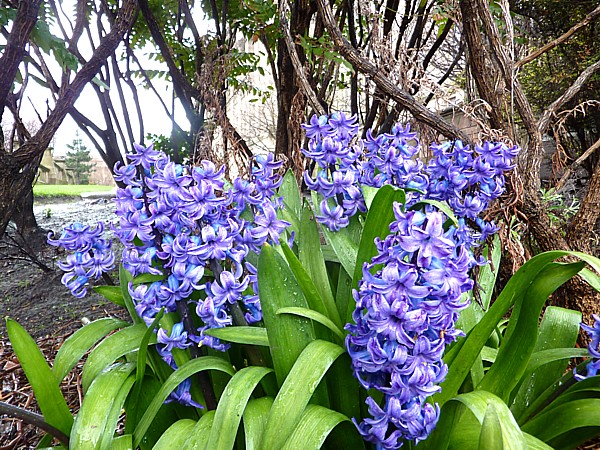