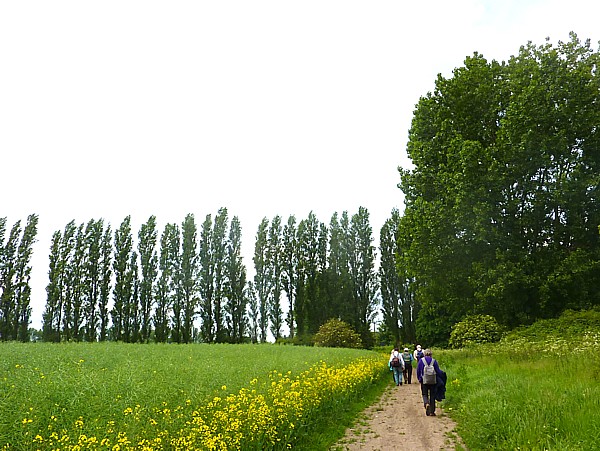 It was a scorcher today, hot with bright sunshine. We set off southwards along the footpath called Carr Lane, with a Robin calling. It’s a narrow path, thickly grown with a luxuriant mass of Goose Grass, Japanese Knotweed and Nettles. There was Wood Avens going to seed, with the hooks to catch on to passing legs and disperse. A Greenfinch was calling, the Brambles were just coming out and there seemed to be lots of Green-veined white butterflies. At the end of the path there is a tall footbridge over the M62, and on the far side a big Bramble patch with lots of Red-tailed Bumble Bees and Common Blue Damsel flies.
(Added 17th June 2014. David Bryant commented “Your excellent photo of a damselfly is in fact the Azure not the Common Blue – only a small diagnostic splits them!” Thanks David – I have looked at my FSC identification card and I still can’t see the difference. Good job an expert is on the case!) 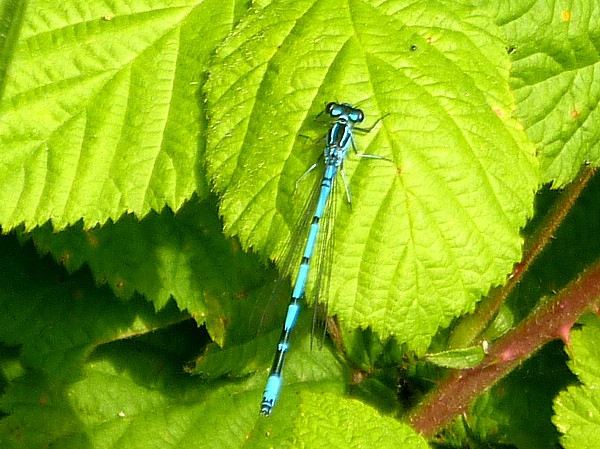 Nearby in a damp patch were several orchids. The first, with plain leaves, is a Southern Marsh Orchid I think, but nearby was a paler, purpler one with spotted leaves. 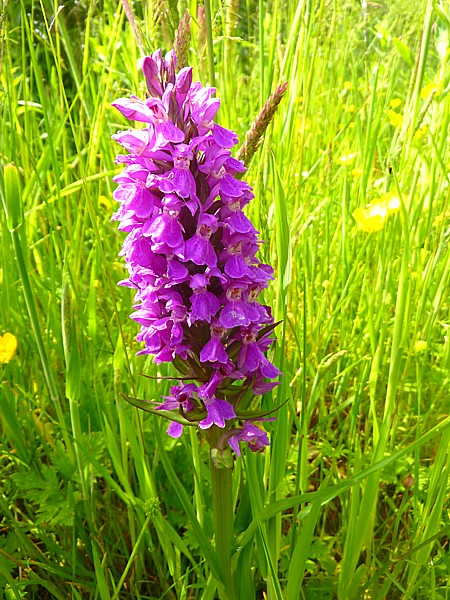 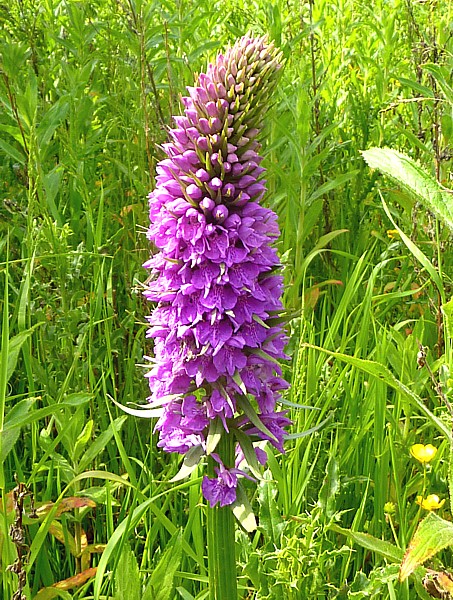 A small pond contained lots of frog tadpoles. The yellow stripy sedge was gorgeous, and over it flew dozens of Common Blue damselflies, perhaps hundreds. Yellow Flag Iris was in bloom and we heard the song of a Sedge Warbler. 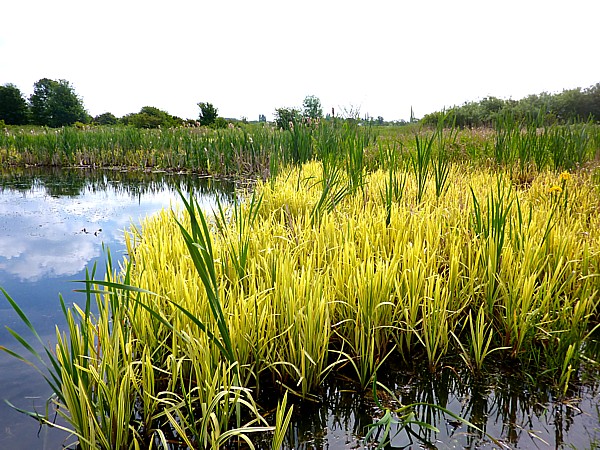 The path continued through fields of rape, mostly gone to seed. By the verge was Scentless Mayweed. Swallows, House Martins and a Swift collected insects, and there were two Buzzards overhead. One was carrying something – a pigeon? It flew off north westwards, over the motorway towards Page Moss, being mobbed by a Lesser Black-backed Gull. Further on, on a mound of fresh bare earth that may have been dumped topsoil, a single Lapwing was being menaced by two Magpies. Did she have eggs? There was a lot of dodging to and fro, and we think the Magpies got something, because the Lapwing eventually flew off. Near our lunch spot two Rabbits ran off up the path and a clump of Comfrey was full of bees. Mostly White-tailed, I think. 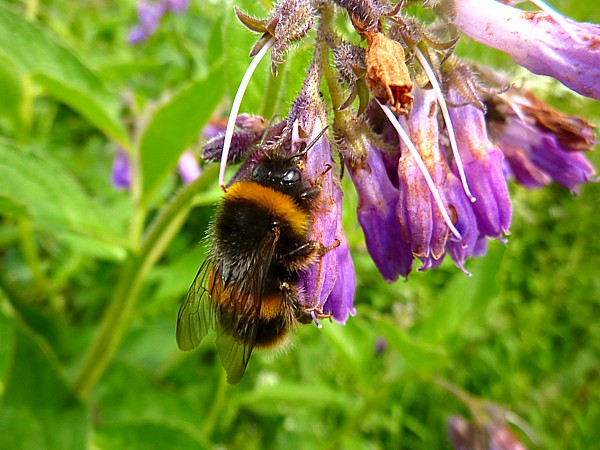 We carried on westwards and expected to come out at the open ground marked on my old A-Z as “Sports Ground” next to Edenhurst Avenue. It was all fenced off with big red signs saying it was private. We managed to get out near Dauntsey Mews, and a lady with a dog said the fence had been up about a year, the locals had had no warning and they don’t know what’s planned for the site. Along Sarum Road we admired a big seed head of Goatsbeard, then spotted a black infestation around several of the leaf/stem junctions. There were ants running about over them. Could it be Black-bean aphids, which gardeners call blackfly? 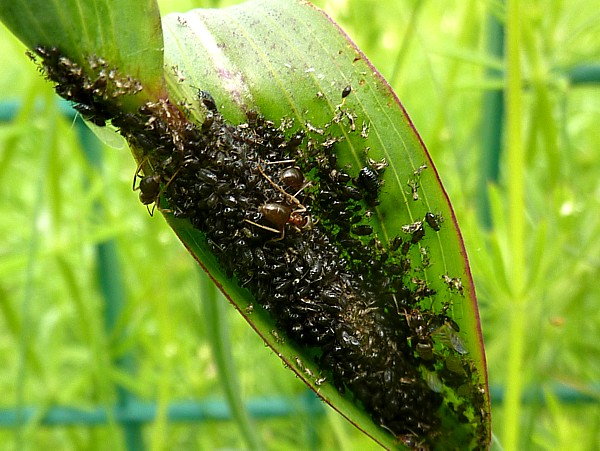 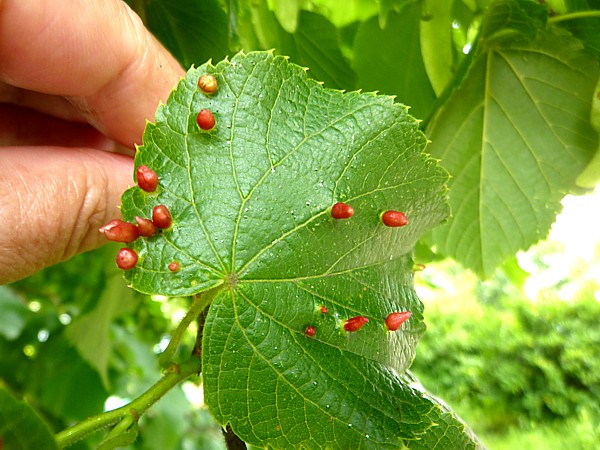 Court Hey Park had a Swedish Whitebeam with its flowers just going over, and we also noted the delicate leaves of a Pin Oak. There was a Wren on the fence, Wood Pigeons on the grass, a Robin darting out of the shrubbery to peck at a patch of breadcrumbs, a Carrion Crow on the path and a Great Spotted Woodpecker flying overhead. In the flower verge outside the National Wildflower Centre we saw Fox-and-Cubs, Kidney Vetch and Viper’s Bugloss. One large Peacock butterfly and several male Common Blues were flying about. We wondered where the females were, but they are said to be less active at this time, resting or egg-laying. 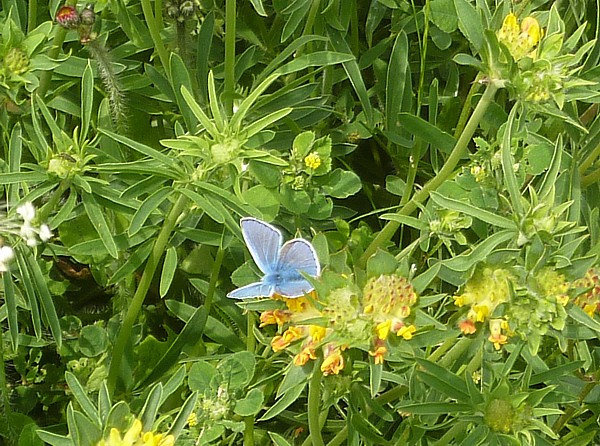 There was a clump of Lady’s Mantle, more Hop in the hedge and this special grass which I think is Greater Quaking Grass Briza maxima. 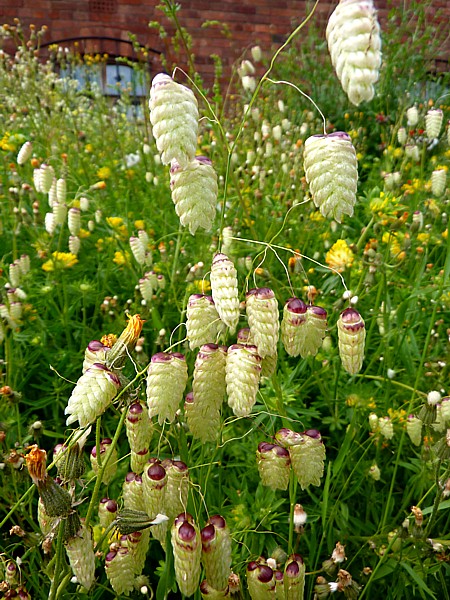 Public transport details: We planned to get the 61 bus from Queen Square, but a sign said it was being diverted. So we went to Lime Street and got the 10.15 train towards Manchester Airport, which arrived at Roby Station at 10.25. Returned on the 61 bus from Roby Road, Court Hey Road at 2.55, arriving Queen Square 3.15.