Richard Surman, Dave Bryant and I headed over to Wales driving through Corwen and onto Cynwyd where we passed through the village for a mile before climbing a narrow road for another mile parking at the end beside a barn. The raptor list soon began with Red Kites lazily flapping their wings and effortlessly turning using their forked tails, a Peregrine shooting by with its fast determined flight on pointed wings and Buzzards soaring around with outstretched tails and a few pale looking individuals perched on fence posts. A pair of Ravens occasionally did sorties after the Red Kites if they glided too close to their patch.

The road continued on a muddy track beside stone-walled fields containing ewes and the lambs, a few curly horned rams and some skittish cows. Some lambs had escaped and were gambolling along the track in front of us for a while before doubling back and finding a gap in the stone wall to return to their mums. Some fabulous Lichen with Map Lichen Rhizocarpon geographicum and Lecidea lithophila – a crustose lichen on iron-rich silicaceous rocks with a cracked-areolate greyish thallus usually with patches that are stained rusty-red and large flat black apothecia. 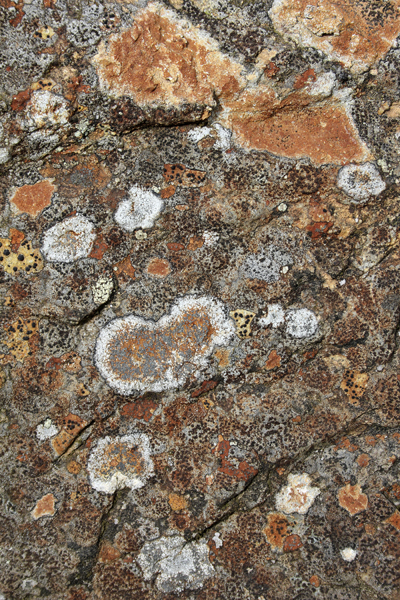 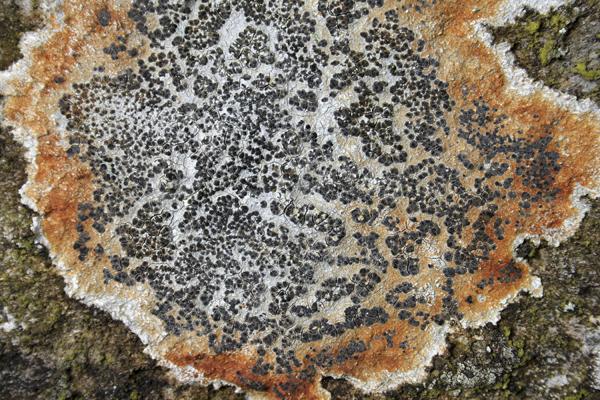 The track continued by flowering Hawthorn Trees giving off a wonderful smell and a small copse with fresh cones on the European Larch Larix decidua with sweet-smelling resin. 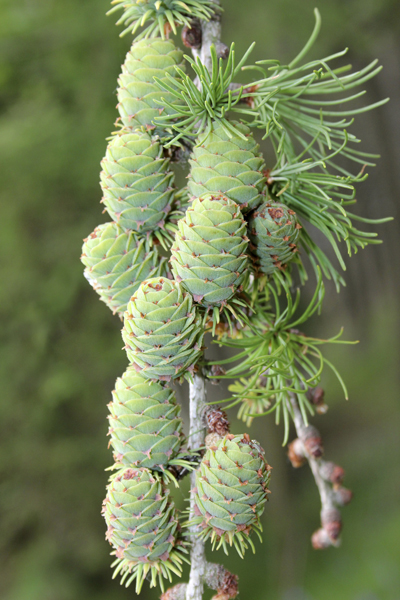 A Cuckoo was calling, a few Redstarts proved elusive yet again and Willow Warbler and Chiffchaff were in hearty song. A Pied Wagtail flitted along a stone wall and we nosed at a flock of Ewes and lambs rounded up in a stockade ready to be sheared. Large numbers of Pheasants were hanging around in the fields with the livestock, showy males including one with drooping tail feathers trying to impress the smaller numbers of hens. Rabbits were also in abundance. 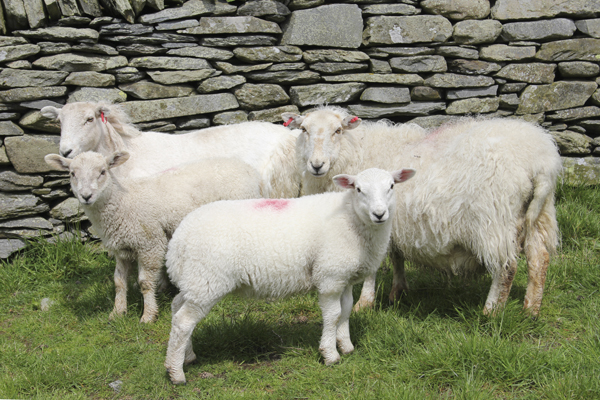 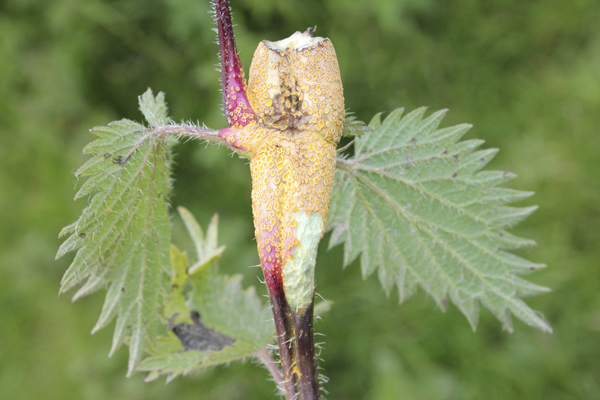 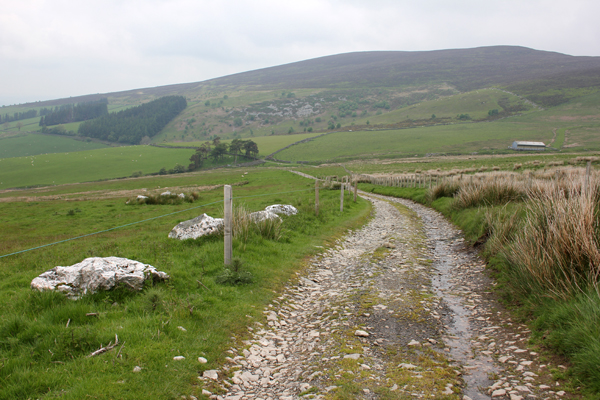 Continuing out onto more exposed moorland there were a few parachuting Meadow Pipits,  Skylarks, twittering Linnets and a couple of Swifts. Half a dozen Lesser Black Backed Gulls flew overhead and as we sat down for lunch a low flying LBBG that dropped out of sight had us going for a short while, was it a male Hen Harrier? – No such luck. There was a Geology interlude examining great boulders of Milky Quartz dotted about a few fields. 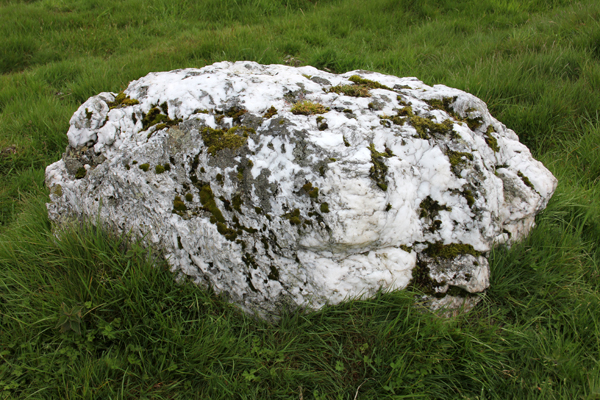 We then returned spotting a male Redstart sat on top of a Hawthorn close to the car. We continued back to Cynwyd Village before parking up and walking through the hodge-podge of cottages and houses. The stone walls and stone bridge across the small River were covered in Ivy-leaved Toadflax Cymbalaria muralis, Shining Cranesbill Geranium lucidum, Maidenhair Spleenwort Asplenium trichomanes and Wall-rue Asplenium ruta-muraria.

We climbed up the small lane passing a garden with flowering Japanese Rose Rosa rugosa with Welsh Poppy Meconopsis cambrica and plenty of Wall Pennywort Umbilicus rupestris. Chiffchaff, Willow Warbler and Blackcap were in song along with Great Tit. There was some humongous Dryad’s Saddles Polyporus squamosus approx. 40cm diameter growing in tiers at the base of a Sycamore Tree. 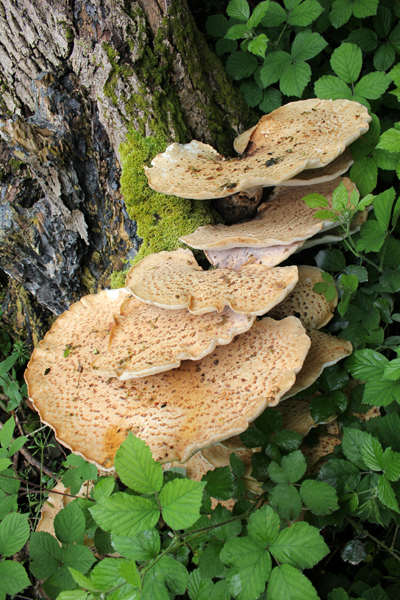 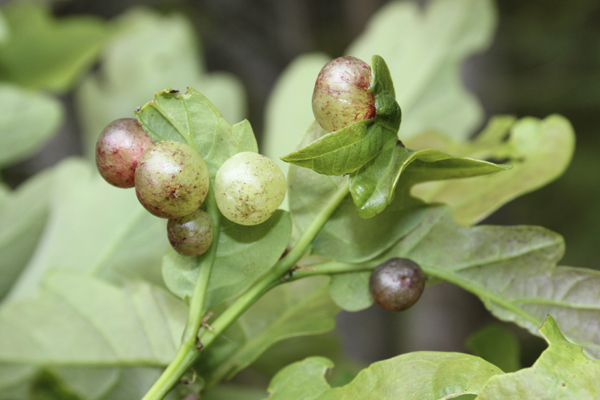 Crosswort Cruciata laevipes, Herb Robert Geranium robertianum, Herb Bennet Geum urbanum, Foxglove Digitalis purpurea and Red Campion Silene dioica were added to the day’s plant list. The path continued passing a coniferous plantation that was being quite ruthlessly felled where a Redpoll was buzzing around. 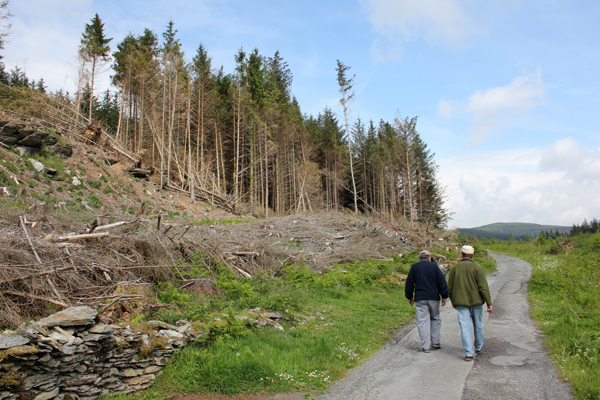 The sun put in an appearance and it became quite humid – that made it ideal for Insects. A Two-banded Longhorn Beetle Rhagium bifasciatum settled on my coat but flew off quickly before I could get a photo but luckily another played ball and posed on a white version of Marsh Thistle Cirsium palustre. Another Longhorn – Speckled Longhorn Beetle Pachytodes (Judolia) cerambyciformis was less co-operative swaying on an umbellifer. 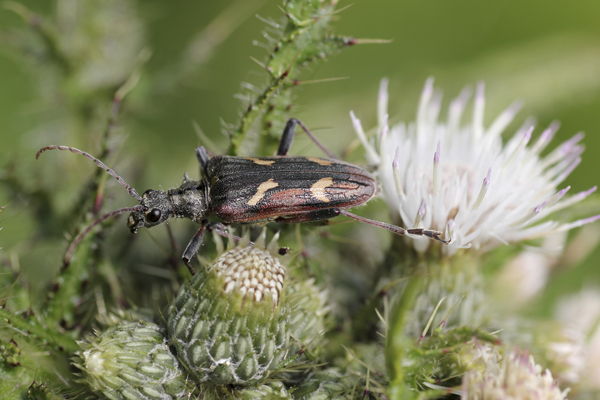 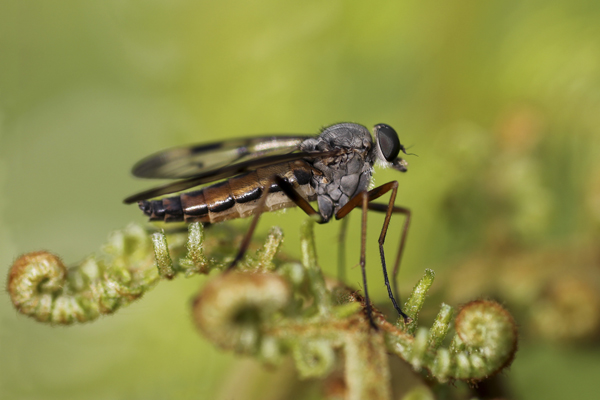 As we headed back along the lane a few Dunnocks hopped around some felled branches and a Garden Warbler sung from cover.