Report from Tony Carter:
On Monday, 14th October 2013 I went to Clock Face Country Park at the invitation of a colleague who works with Mersey Forest and played a part in the establishment of the park. He was interested to identify any of the fungi he had observed during his visits.

The notice board told me that the Park had been set up on the site of the old Clock Face Colliery in 1990, when it was planted out with a variety of trees to encourage wildlife. As it was such young woodland, I did not think we would find much, particularly as the dry weather seems to have discouraged fungi in more established woodland.  I was in for a surprise. Immediately upon arrival, under the gaze of a couple of circling buzzards, I found my first species in the car park, Lepista flaccida (Tawny Funnel). 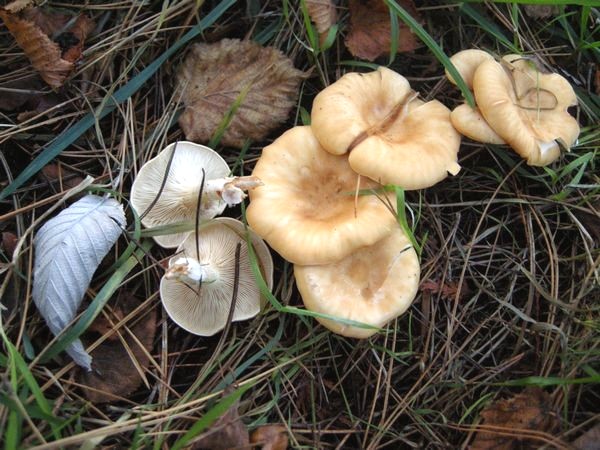 A large area of open grassland was very productive. We found three varieties of Hygrocybe (Waxcaps), including Hygrocybe psittacina (Parrot Waxcap) together a number of smaller fungi of various species. 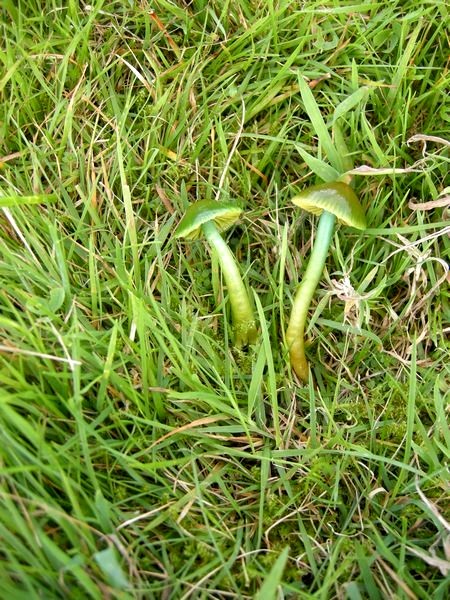 The finds included the highly poisonous Clitocybe rivulosa, seen in the picture below growing with Clavulinopsis helvola (Yellow Club). It is commonly known as Fool’s Funnel and also False Champignon, as it regularly grows in rings with the edible Marasmius oreades (Fairy Ring Champignon). The Clitocybe contains muscarine, which will make you very sick, so is not one to pick by mistake. 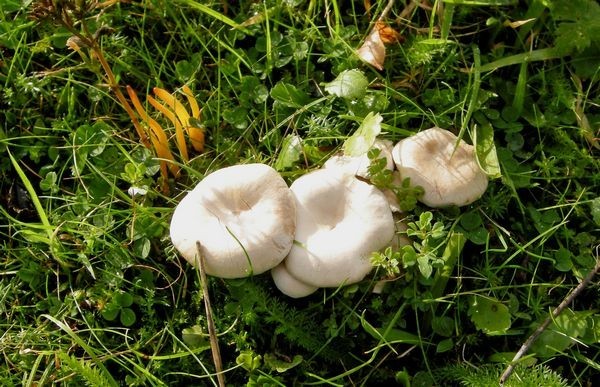 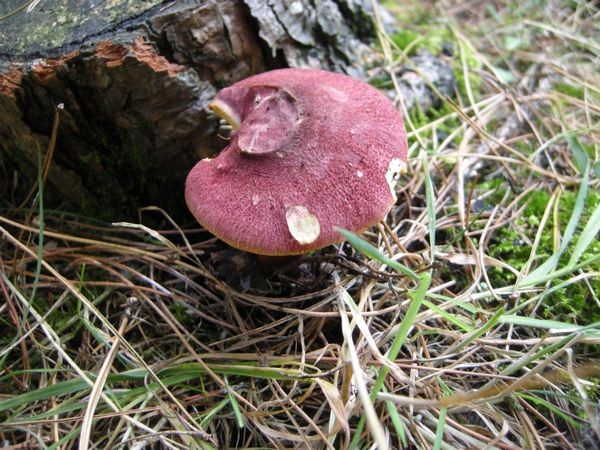 We collected and identified forty one species in just two hours despite the handicap of some severe rain showers.

What surprised us was the number of mycorrhizal fungi, those that grow in association with tree roots producing nutrients and stimulating growth.  It can take many years for such associations to develop. Modern practice is to inoculate plants with mycorrhizae, to establish and promote growth and this may well have been done to encourage tree population on an industrial site such as this.  How do they choose which varieties to inoculate?