It’s still warm, with showers between the sunshine. 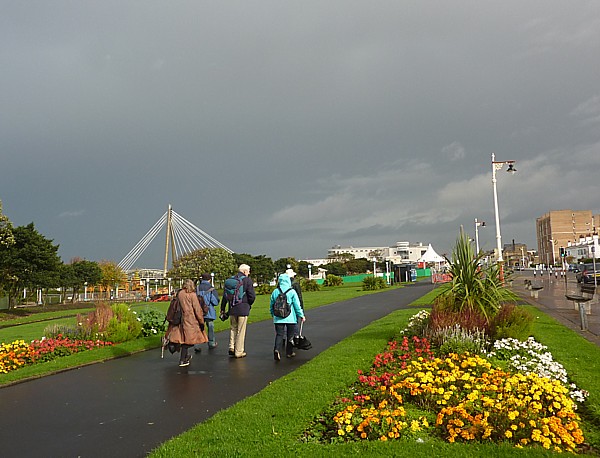 They are refurbishing King’s Gardens with the help of Lottery money, so the café was surrounded with hoardings and many of the Victorian shelters are being dismantled. 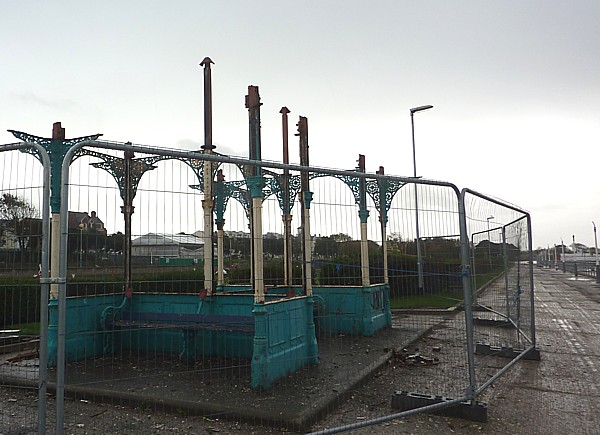 On  the lawns after a shower, a Common Gull was worm-charming by stamping its feet. This appears to work, as we saw it stop and grab several worms then go back to its dancing. There was nothing special on the lake, just Black-headed Gulls, 100+ Coots, a few Mute Swans, some Mallards and one Moorhen. One Coot was dead, floating in the lake. There was no sign of damage so had it lost a fight? Coots can be very belligerent as they get in the mating mood. 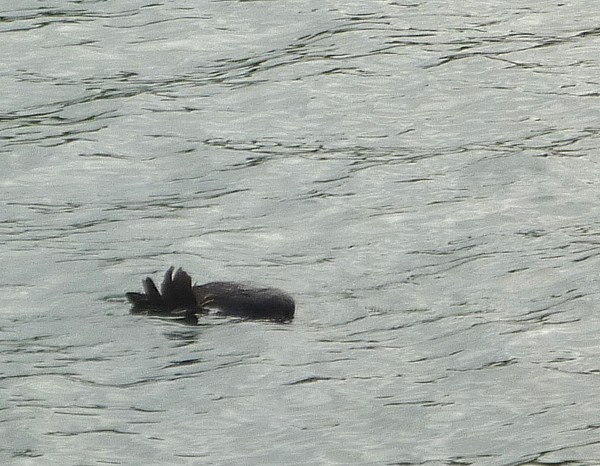 After lunch, as we rounded the corner near the Matalan store, one Mute Swan, obviously hungry, spotted us and came right up, hoping for bread. She had leg ring NXD blue right. We have seen her here before, in February this year, and reported her then to the North West Swan Study. Wes Halton told me she had been ringed at St Annes on the 2 Sept 2003. So she’s just over 10 years old and seems to have settled in Southport. 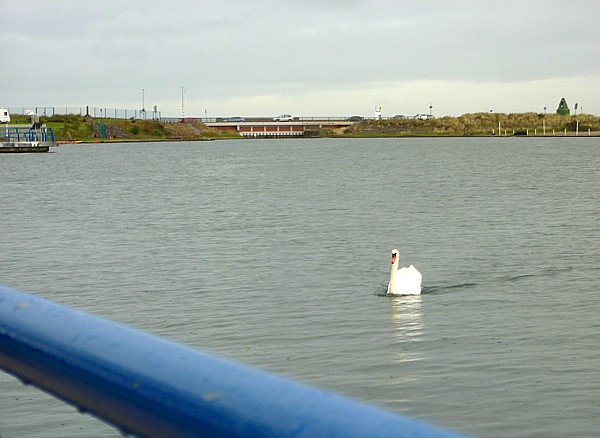 The tide was right in, so there were no shore birds to see. We walked to the end of the pier and looked at the old penny-in-the-slot machines. They will sell you 10 old pennies for a pound, but I bet they won’t buy old pennies back from you at the same rate!  Next time we go I must look out my bag of old pennies so we can all have a go at getting some of the trinkets! 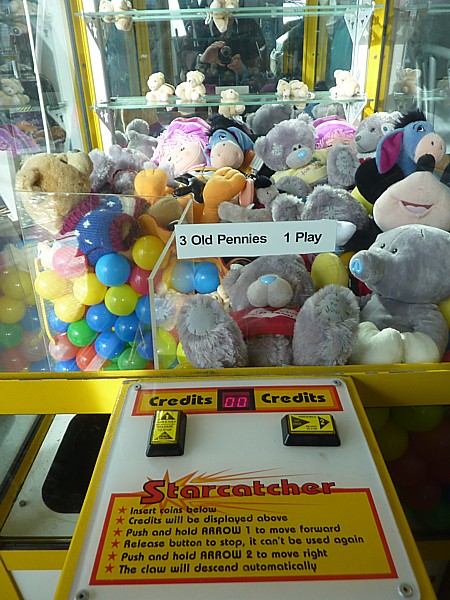 The town end of the pier overlooks the miniature golf area, and there are sometimes good birds there. We saw a Whimbrel there once. Today, however, there were just some Oyster Catchers, more Common Gulls and a Wood Pigeon.