The final MNA coach trip of 2013 took us through the Derbyshire spa town of Buxton before climbing in a series of sharp bends onto the flat moorland of Goyt’s Moss along the A537 passing the ‘Cat and Fiddle’ the second highest inn in England, arriving just before lunch at Severn Trent Water’s Reservoir  – Carsingston Water. 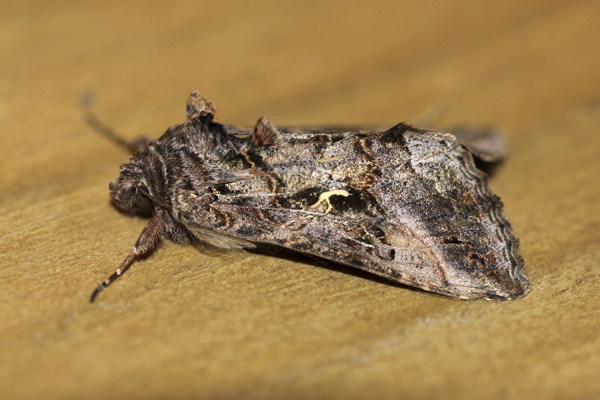 We quickly donned waterproofs against the inclement weather and wandered to the wildlife centre – a heated hide giving great views through a large glass window across the reservoir and surrounding fields and spit. As we re-fuelled on sandwiches and hot drinks we noted the wildfowl – Tufties, Wigeon, Coot, Teal, Mallard, a few Great Crested Grebes, a distant Pochard and a scattering of Lapwing. A flock of 14+ Tree Sparrows flew into a bush just outside the hide window and occasionally flew onto the feeders. A few members caught a glimpse of a Weasel Mustela nivalis darting along a culvert in front of the hide. By its large size we surmised that it was a male. A Moth was fluttering on the hide window. Harry Standaloft managed to catch it in a specimen jar and DaveH identified it as a Silver Y Autographa gamma – this silver-grey coloured Moth with characteristic white y-shaped mark on the forewing is one of the UK’s commonest migrant moths. A female Common Earwig Forficula auricularia was sheltering from the rain on the hide wall – males and females can be distinguished by their tail pincers, which are more curved in males than females.

We took the well marked trail used by walkers and cyclists that runs around the reservoir stopping to examine a few Strawberry Snails Trichia striolata that can sometimes be found on Common Nettles Urtica dioica – some of which also had Galls at the base of the leaves caused by the Gall Midge Dasineura urticae.  We also noted Galls on Meadowsweet Filipendula ulmaria leaves caused by the Gall Midge Dasineura ulmaria. We stood to watch a few Gadwall and Pochard along with more Wigeon in Shiningford Creek before the path continued through woodland around to Land End Bird Hide. A Chiffchaff was calling – quite possibly having decided to overwinter here, other woodland birds including Great Tit, Coal Tit, Long-tailed Tit, Chaffinch and a small half dozen flock of Siskin. A few Plants were still in flower including Red Campion Silene dioica, Redshank Persicaria maculosa, Tufted Vetch Vicia cracca, Nipplewort Lapsana communis and Common Ragwort Senecio jacobaea. There were also plenty of shiny berries with fruiting Blackberry Rubus fruticosa, Bullace Prunus domestica subsp. insititia, Hawthorn Crataegus monogyna, Dogwood Cornus sanguine, Common Ivy Hedera helix, Elder Sambucus nigra, Guelder-rose Viburnum opulus and Black Bryony Tamus communis. 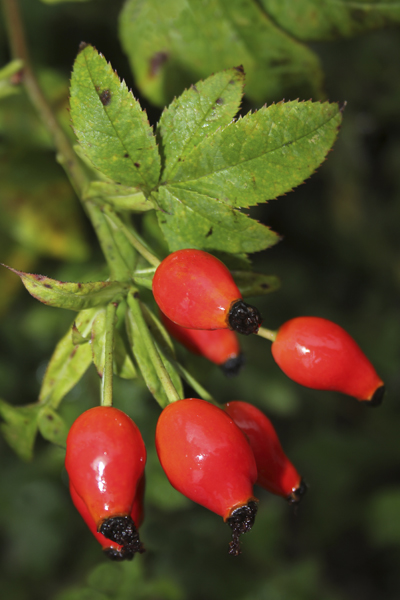 Ron Crosby was an excellent Fungi spotter so we were soon adding to the day’s list. There were a number of common Fungi species including Candlesnuff Fungus Xylaria hypoxylon also known as Stags Horn Fungus due to its appearance which was growing on rotting stumps of broadleaved trees. There was a line of Jelly Ear Auricularia auricula-judae lobes that looked uncannily like human ears hanging down from the branch of a mature Holly Ilex aquifolium – unfortunately out of reach for my camera lens – I did find a few smaller specimens growing on their more usual substrate of Elder Sambucus nigra. Fairies Bonnet’s Coprinus disseminatus a gregarious little Fungi forming dense masses swarming over rotting tree stumps and roots that hints at its other common name Trooping Crumble Cap. 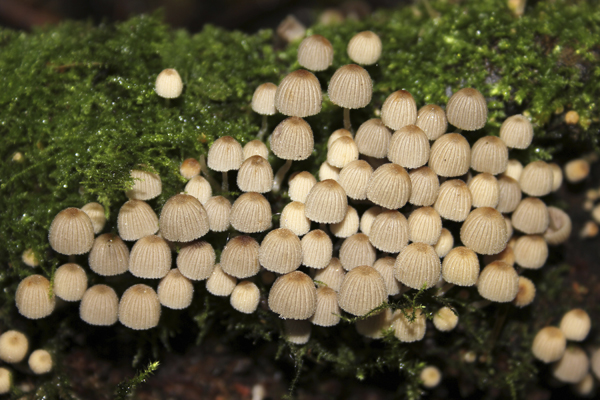 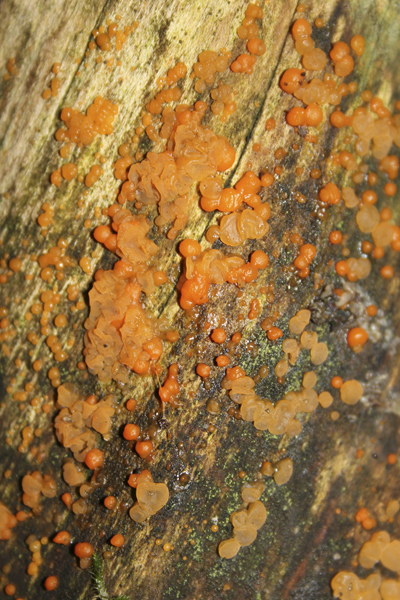 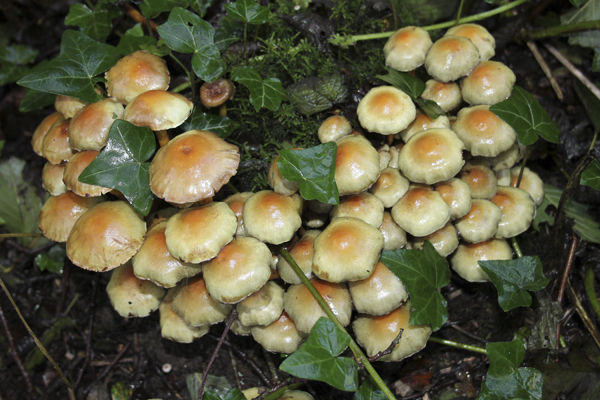 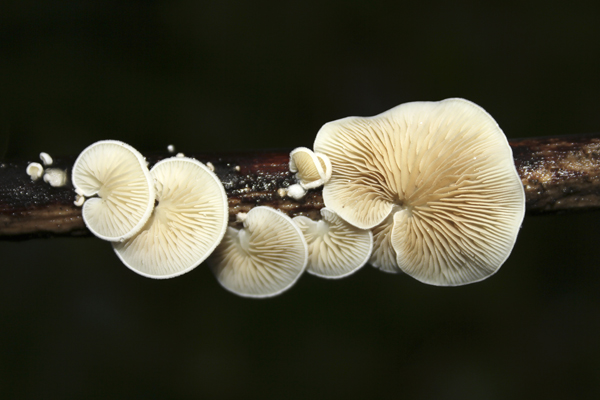 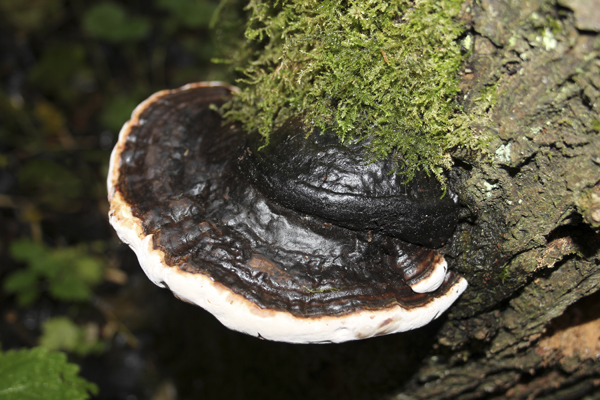 The best find was on a stump of Willow Salix sp. as we approached Sheepwash Hide – Silverleaf Fungus Chondrostereum purpureum – the common name is taken from the progressive silvering of leaves on affected branches – the fruiting body that is a fairly vivid violet colour develops undulating fruiting brackets with a pale zoned edge – a few patches were developing whitish hairs on the fruiting body surface. 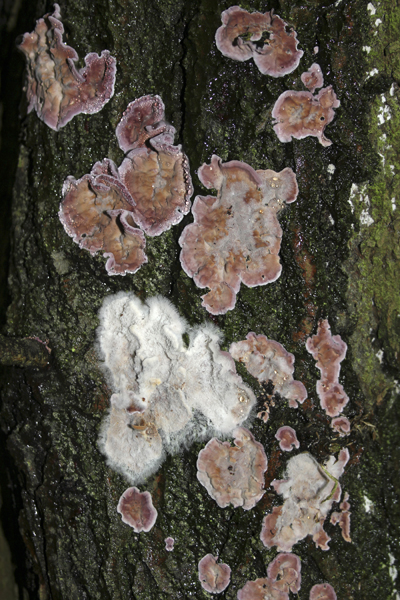 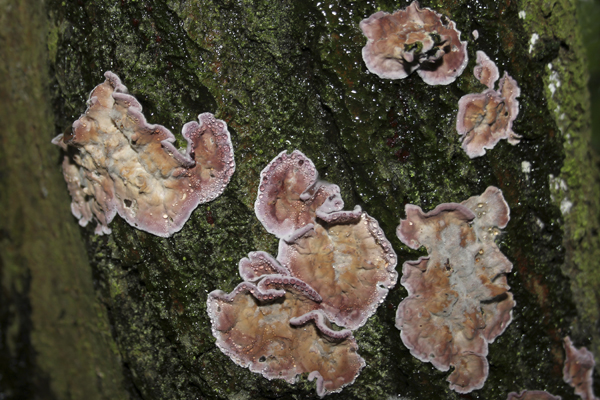 From Sheepwash Hide more Wildfowl with more Wigeon, Tufties, Coot, Mute Swans and a Grey Heron standing motionless out on the far bank. Fishing was good with both Great-crested Grebes and a Cormorant observed fighting to swallow large Fish – possibly Trout that they had caught. Fifteen Cormorants were hanging out with the good selection of Gulls resting on a spit – fifty or so Lesser Black-Backed Gulls, a lone Herring Gull, a few Common Gulls, dozen Black-headed Gulls and a Great Black-backed Gull in flight. Chris Butterworth saw a Dunlin fly in and briefly wander around. Other members also had good sightings from Sheepwash Hide – Alexander & co had watched a flighty flock of seven Red-breasted Mergansers and a couple of female Shoveler, John Clegg & co saw a flash of blue as a Kingfisher zoomed by, elsewhere DaveH watched a couple of male and a female Goldeneye from the dam. As we walked through Sheepwash car park we noticed some animal tracks carved onto a flat stone then found a great selection of wildlife expertly carved onto stone slabs surrounding the car park including a Bat, Rabbit, Stoat, Kingfishers, Nuthatch, Fox, Owl, Wren etc. We also found a grey coloured Moth camouflaged against the stone background that was later identified as a November Moth Epirrita dilutata.  We wandered back to the coach noting some early male catkins on Hazel Corylus avellana these will not normally open until next January or February. 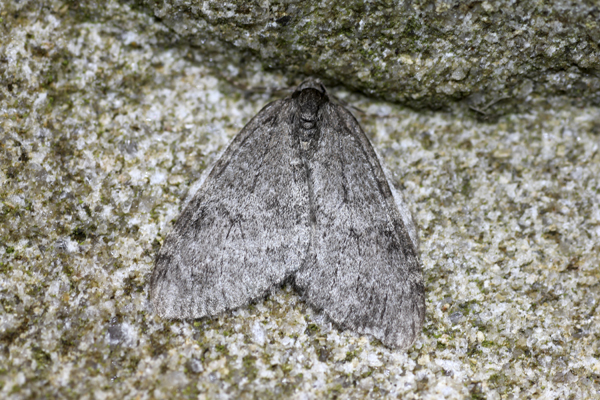 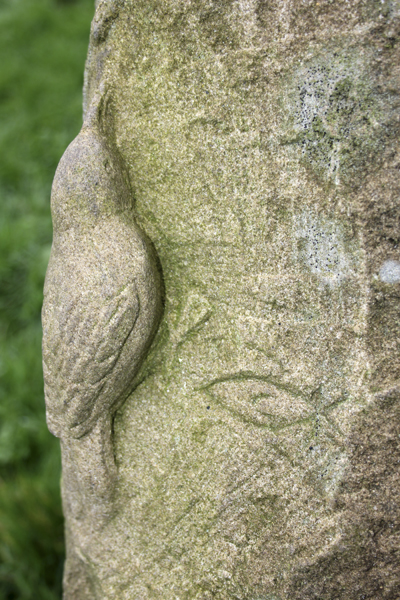 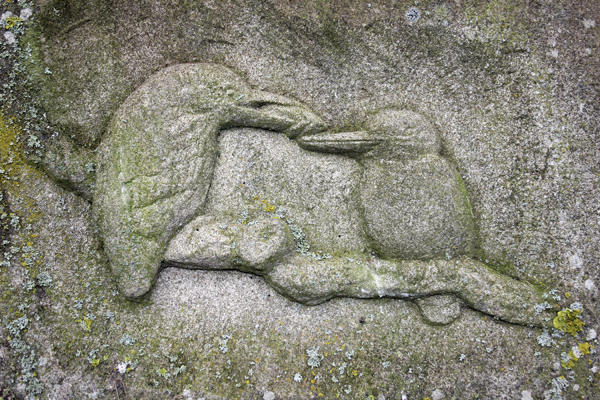