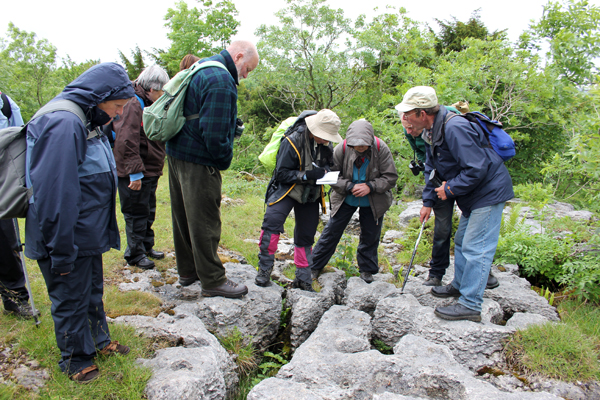 Today the MNA coach trip visited another new venue Hutton Roof which has some of the best areas of limestone pavement in Britain We initially planned to visit this Cumbria Wildlife Trust Reserve last summer but a coach breakdown made us abandon our plans. Despite the appalling weather today we were determined to reach our destination! 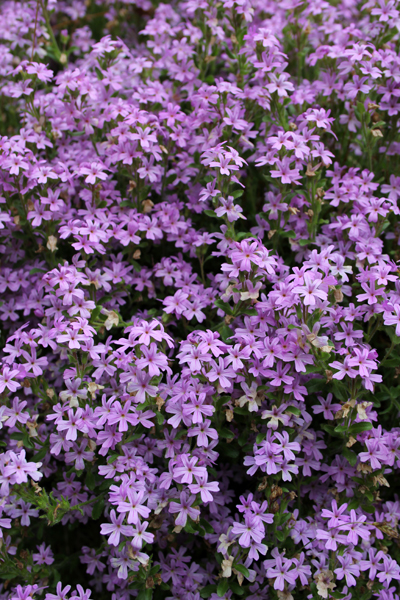 We ate lunch at the bottom of the quarry sitting on limestone blocks arranged in a spiralling ammonite effect. I had a mooch around finding a mass of Dark-lipped Banded Snails Cepaea nemoralis and a few Garden Snails Cornu aspersum in the damp vegetation. 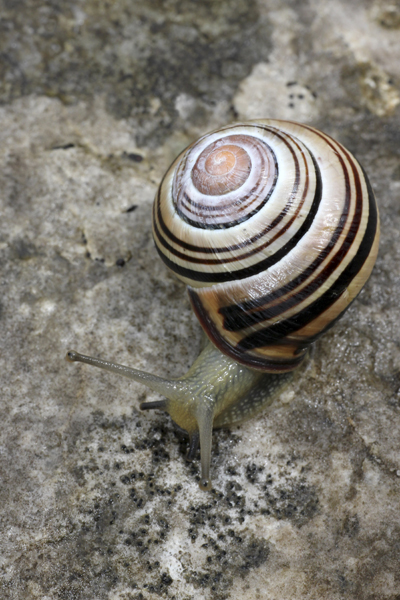 A few Wild Strawberries Fragaria vesca featured as member’s lunchtime dessert but they avoided the green Star Jelly Nostoc commune growing amongst the Strawberry plants – it is a colonial species of cyanobacterium. We noted Mouse-ear-Hawkweed Pilosella officinarum and another member of the Hawksbeard family with a large flower and square-ended leaves. 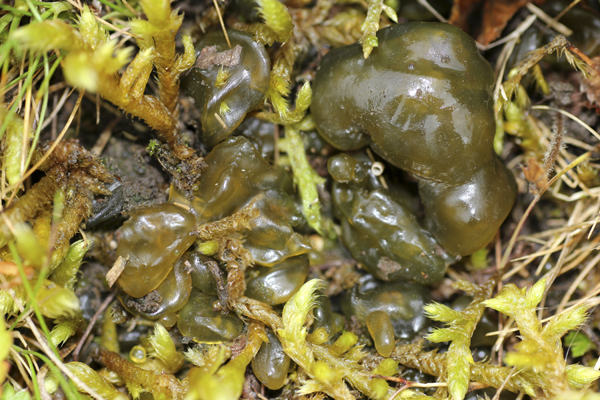 We headed through the woodland on the slippery track beside and sometimes through the limestone pavement taking care to avoid the many Black Slugs Arion ater out and about. We stopped to look for some of the scarce plants growing in the grykes of the pavement including Hart’s Tongue Fern Asplenium scolopendrium, Maidenhair Spleenwort Asplenium trichomanes, Wall-rue Asplenium ruta-muraria, Broad Buckler-fern Dryopteris dilatata and Limestone Fern Gymnocarpium robertianum. The damp was getting to Olives brain! She thought that some of the limestone on the path resembled Queen Victoria 🙂 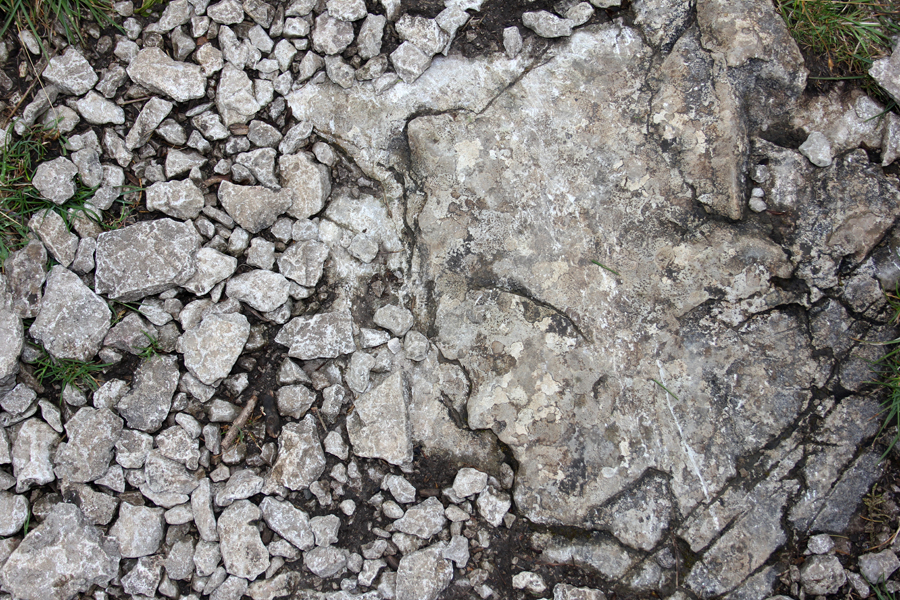 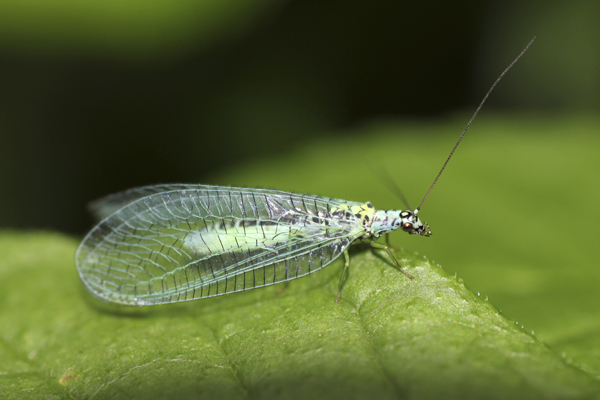 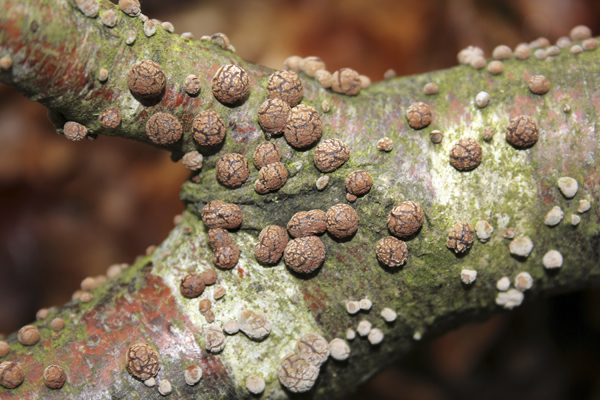 We exited a gate before walking a short distance along the edge of a moss-coved stone-wall on which Wood-sorrel Oxalis acetosella was growing with some fine Bugle Ajuga reptans on the lane edge. We re-entered the reserve and climbed the track where I found some Dog Lichen Peltigera sp. growing on a tree stump. 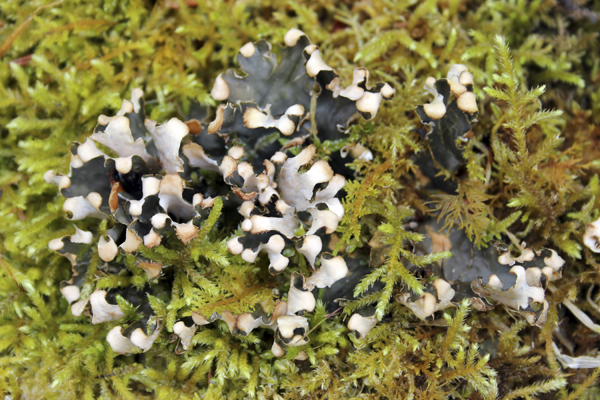 Some squelchy dog poo had a Red-breasted Carrion Beetle Oiceoptoma thoracium and the friendly cattle that we walked by had produced some dollops of dung on which was growing the tiny orange discs of the micro-fungi Cheilymenia granulata.

We arrived back to the quarry and decided to head along to Leighton Moss RSPB Reserve for the last hour. I had a quick nose at the bird feeders being visited by juvenile Great and Coal Tits along with Chaffinches, Robin and Dunnock. 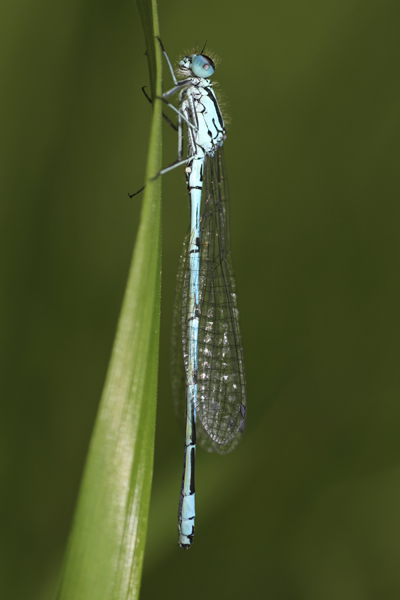 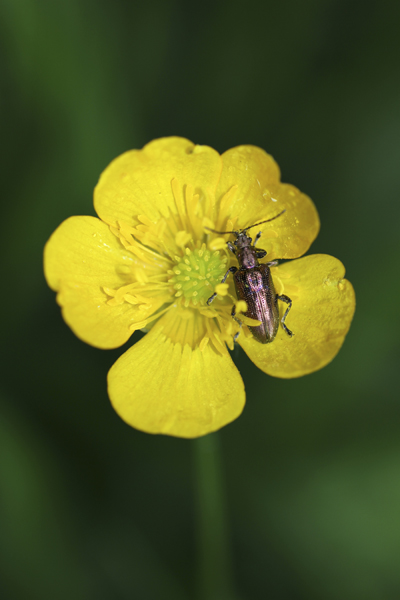 I then had a mooch around the vegetation close to Lillian’s Hide to see what insects were hiding and in the short time managed to find Common Blue Damselfly Enallagma cyathigerum, Leaf Beetle Donacia vulgaris, Nettle-tap Moth Anthophila fabriciana and what I initially thought to be a Long-horned Moth but I later identified as the Long-horned Caddisfly Mystacides longicornis. 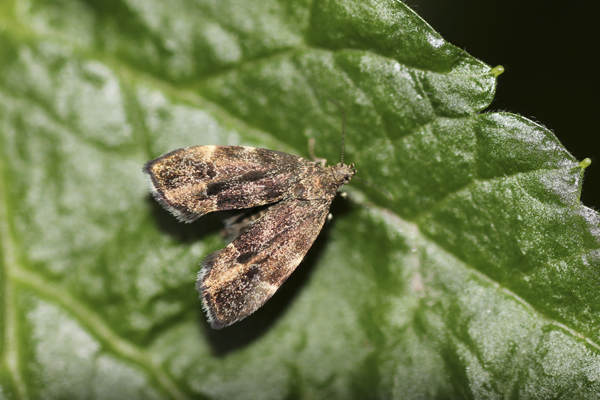 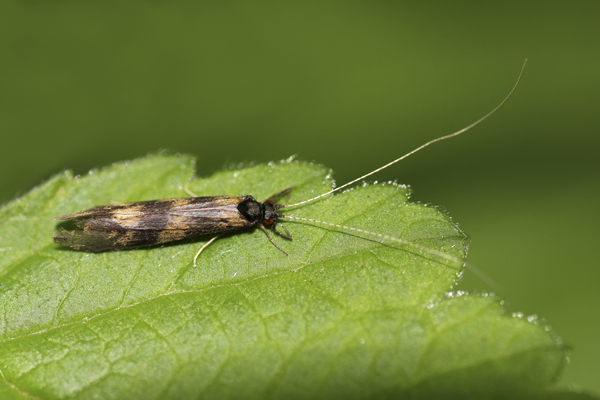 A Bird Cherry Tree Prunus padus was taking a battering with some leaves having a covering of larval tents of the Bird Cherry Ermine Moth Yponomeuta evonymella and other leaves with the pink Nail Galls caused by the Gall Mite Phyllocoptes eupadi. Some Ash Fraxinus excelsior leaves had Leaflet Roll Gall caused by the Plant Louse Psyllopsis fraxini. Fungi included Dock Rust Puccinia phragmitis on Broad-leaved Dock Rumex obtusifolius leaves. 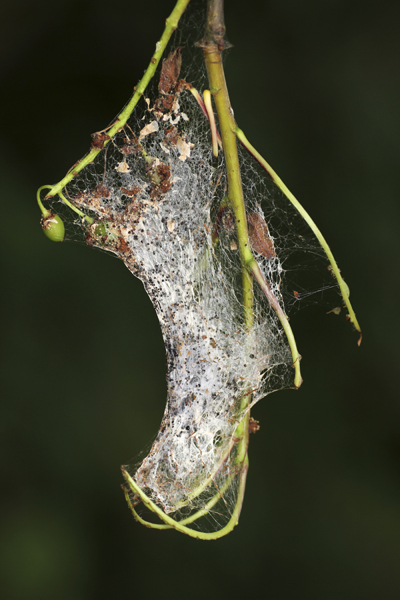 The two Daves headed down to the causeway where a dozen Common Spotted-orchids Dactylorhiza fuchsii were growing along the bank. From Public Hide they watched a female Marsh Harrier carrying nest material and a juvenile playing in the air climbing high then dropping down. On the water a Great Crested Grebe had a line of chicks in tow. The Yellow Flag Iris Iris pseudacorus growing in front of the hide had a number of Common Amber Snails Succinea putris of various sizes crawling up the stems.

We boarded the coach and drove along the minor road running beside the coastal marsh where a dozen or so Little Egrets were stalking around and Swifts were scything the air.