We were at the limit of the distance our bus passes could reasonably take us today. We caught the 7A at 9.55 from Queen Square to Warrington Bus Station, then straight onto the number 3 at 11.15, which took us to Weir Road, the nearest spot to the reserve. By the time we had crossed the Mersey and made our way to the reserve entrance it was time for lunch! Then we joined one of the organised parties leaving at 10-minute intervals for a guided tour.

We were rewarded for our long journey by good sightings of Black-necked Grebes, Ruddy Ducks, a Great Crested Grebe with a fish and a Little Ringed Plover. We also heard Blackcap, Whitethroat and Sedge Warbler. The sun came out and it was a beautiful day. 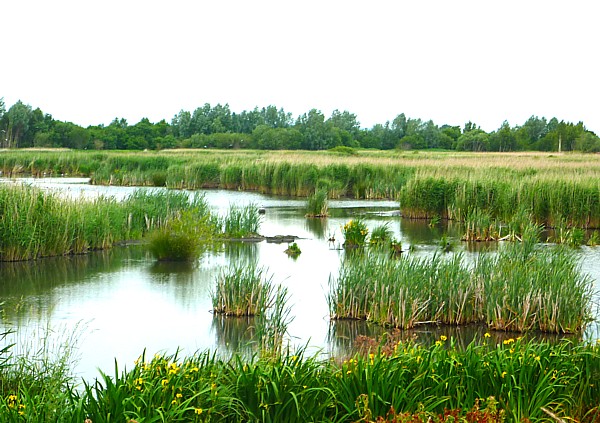 The Elder, Honeysuckle and Bramble flowers were out. One Bramble flower had an odd little insect on it, too small to be a ladybird I think, but I have no idea what it was. 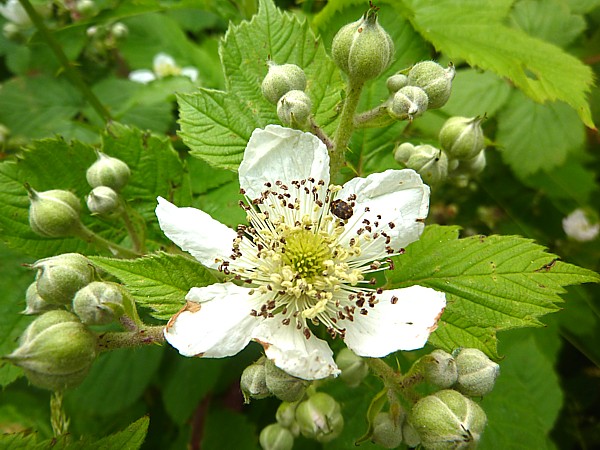 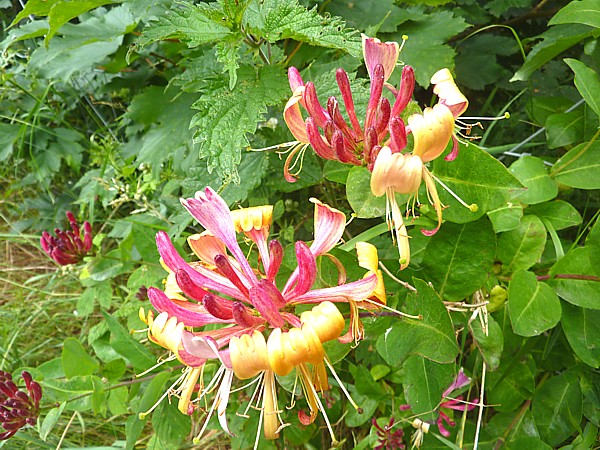 On a corner was a carefully-cultivated patch of the rare Greater Quaking Grass. 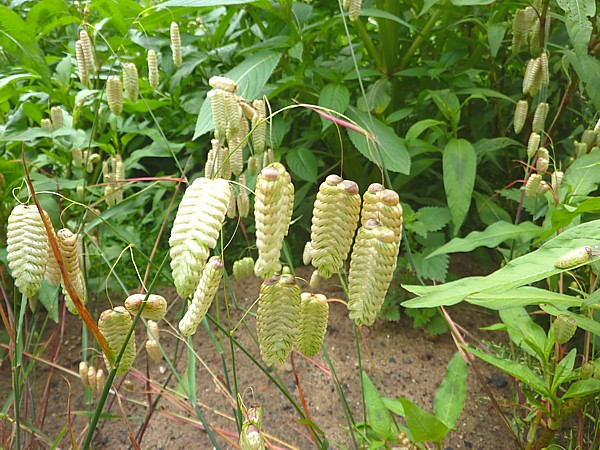 There were several planned meadows. The “yellow” meadow contained flowers which will give seed for birds in the autumn. The “blue” meadow had flowers attractive to insects, including Phacelia or Scorpionweed (Phacelia tanacetifolia) said to be irresistible to bees and hoverflies. 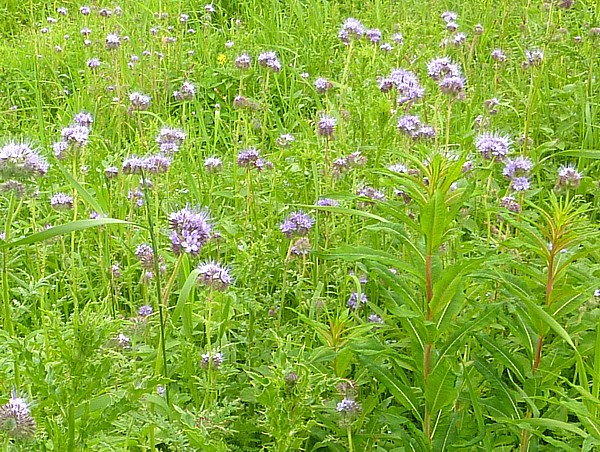 The “wildflower” meadow was full of Yellow Rattle, which is parasitic on grass, and which gives the wildflowers a growing advantage. 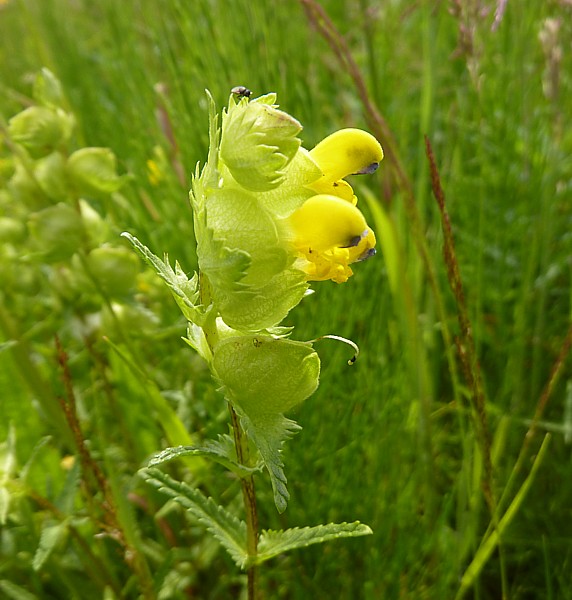 We were told that there were three badger setts on the island, all founded naturally in the last decade. The badgers had made a path through one of the meadows, showing where they make their way to a pond for a nocturnal drink.

At the display by the bird ringers, volunteer ringer Kieren Foster showed us a Whitethroat, then let it fly off. 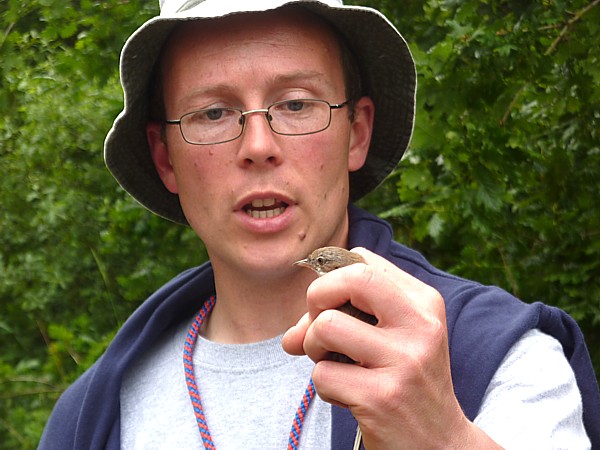 There was a display of moths caught the previous night, including a pink and green Emperor Hawk Moth (in a box) and the famous Peppered Moth, whose change from mostly light to mostly dark during the Victorian age is a classic example of evolution at work. This is one of the “light” forms, which are now more common since the introduction of cleaner air standards. 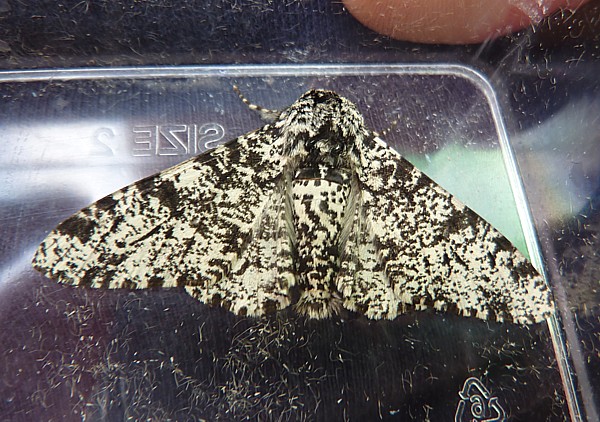 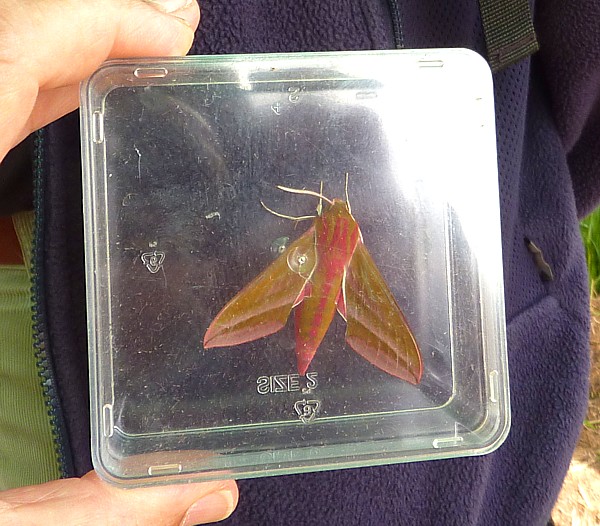 We didn’t emerge until too late to make it to the 3.15 bus, so we stopped in Warrington town centre to see the pub (now called the Marquis of Granby) where Royalist commanders (allegedly) stayed in 1642 during the Civil War, and also the black and white house whose plaque claimed that Oliver Cromwell had “lodged by this cottage” in 1648. 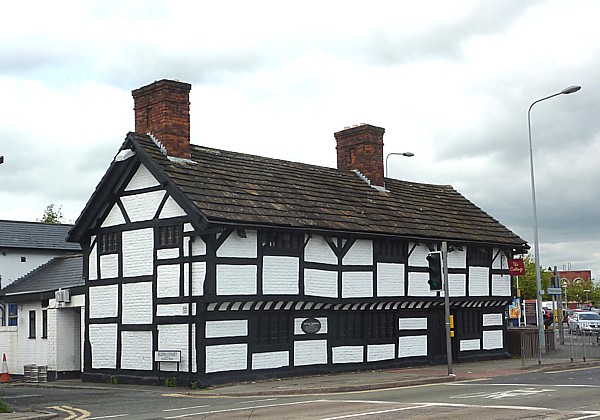 We caught the 4.15 bus which returned to Liverpool about 5.30, very late for us.