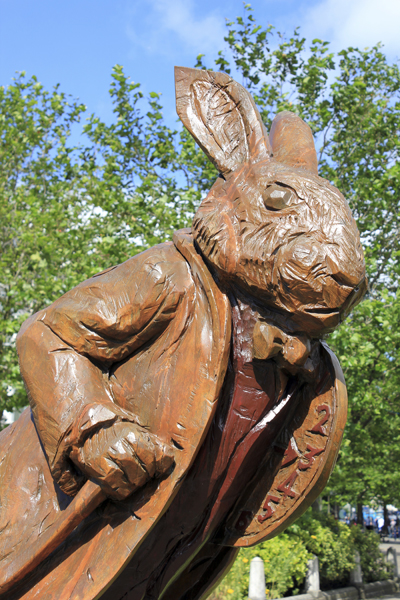 A small group of MNA members met at Chester railway station before boarding the train to Llandudno for our walk around the Great Orme. We admired the large carved wooden Rabbit – part of the Alice in Wonderland trail before heading down to the promenade. 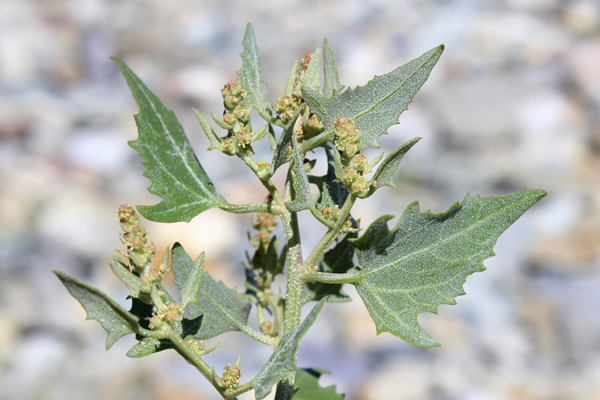 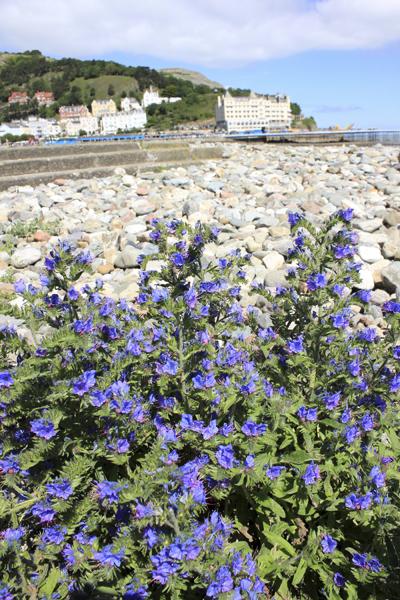 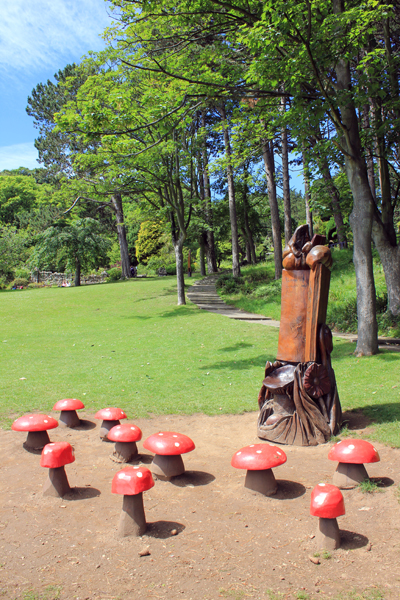 We dropped down through the public park at Happy Valley stopping at Alice’s seat and the scattering of Fly Agaric mushrooms and noting Round-leaved Crane’s-bill Geranium rotundifolium and three Bee Orchid Ophrys apifera spikes in the unmown area at the bottom edge of the park. Billowing Altocumulus clouds above the limestone escarpments of the Orme made for an impressive view. 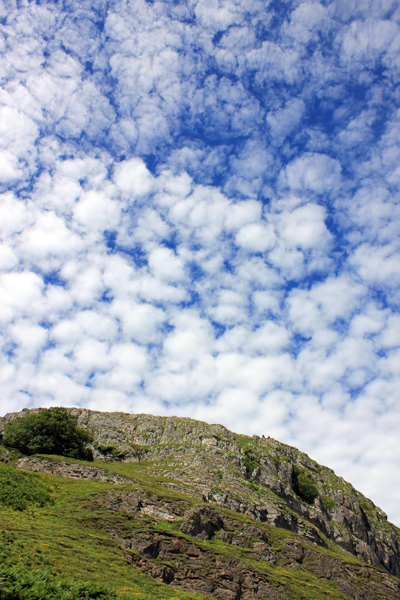 The Northern Fulmars were cackling away to their neighbours on their nest ledges, a Peregrine cried out as it zoomed over the escarpment summit. Out at sea predominantly Cormorants with the odd Shag flew by. Great views as a pod of a dozen or more Common Bottlenose Dolphins Tursiops truncatus and a few Harbour Porpoise Phocoena phocoena. were swimming by off the end of the headland.

Whitethroats called from the scrub, Wrens and Dunnock added their songs and a pair of Stonechat ‘tacked’. A few Mepits parachuted down on their display flight and a Rock Pipit performed its best Flycatcher impersonation almost hovering whilst chasing insects. Along by the nesting cliffs beside the lighthouse were Guillemots and the odd Razorbill with a group of Cormorants loafing on their rock platform with wings-outstretched.

Further along more plants with Wild Marjoram Origanum vulgare, Common Milkwort Polygala vulgaris and Common Butterwort Pinguicula vulgaris growing in a damp area were water was oozing down the rock face. Plenty of Lichens patterning the rocks on the stone wall beside the path. The rocks also held a variety of fossils with corals, brachiopods, oyster shells etc.

Yet more Plants with Ploughman’s-spikenard Inula conyzae, Wild Madder Rubia peregrina that we have never knowingly seen before growing to heights of 3ft as it scrambled through the Privet and Loganberry Rubus loganobaccus beside the path. Small scrubs of Juniper Juniperus communis and Western Gorse Ulex gallii were holding their own in the blustery conditions. It was the antics of eleven Chough that provided a finale for the day – tumbling and playing in the wind, tucking their wings tight by their body and diving before spreading their wings fully out again the straggly end feathers like fingers. They even wished us ‘Ciao.’