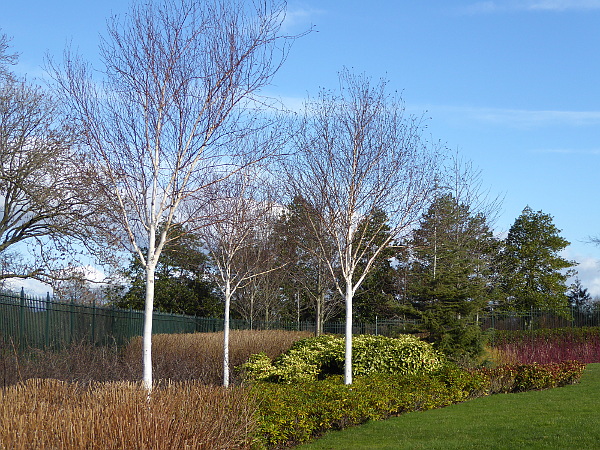 We started the day with a look at some trees in the city centre which Margaret had spotted but not yet identified. The first was in St John’s Gardens. All the trees on the perimeter are London Planes except the second one down opposite the Walker Art Gallery. It has upswept branches, and the winter twigs look Ash-like, with opposite black buds on grey bark, although rather more stubby than the Common Ash. This is one we need to look at again when it’s in leaf. 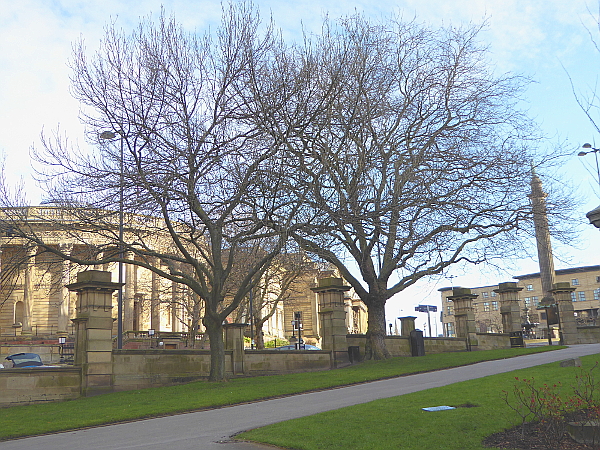 Then over the pedestrian flyover and through some back streets. At the junction of Primrose Hill and Trueman Street there’s a tree with interesting bark, brown ridges making large diamond shapes against a grey background. The buds are conical, light brown, alternate. Another mystery tree needing a second look later in the year. 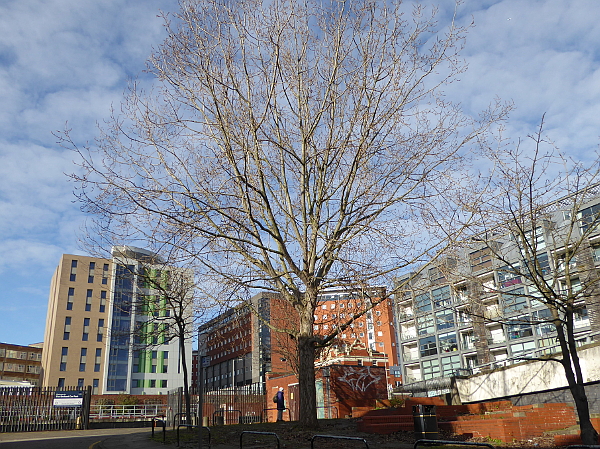 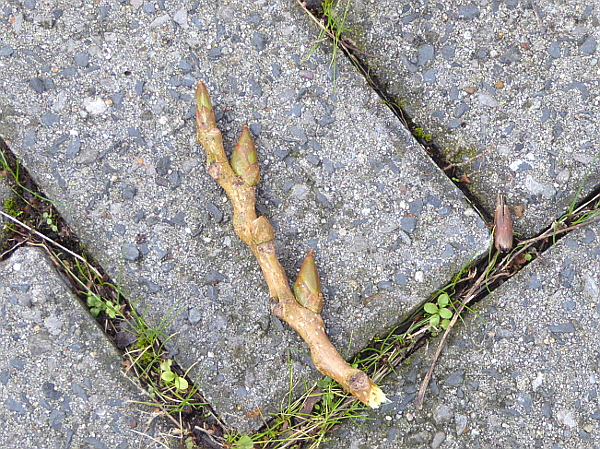 Along the north side of Leeds Street there’s a row of handsome young Pine trees. They have sparse needles, scaly bark and a fairly regularly-shaped cone, about two inches (5cm) long. I have no idea how to properly identify Pines, but going by pictures of trees and cones, they might be Corsican or Bosnian Pines? 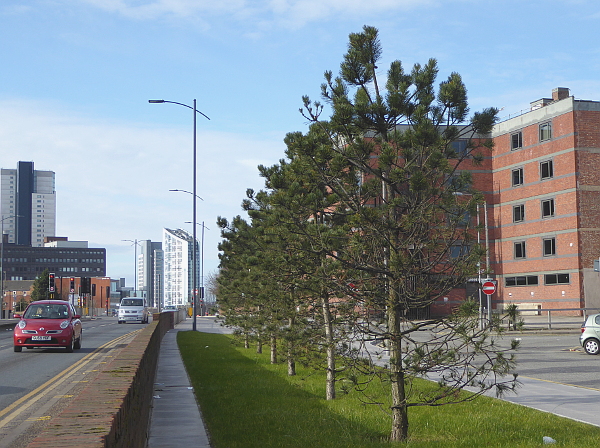 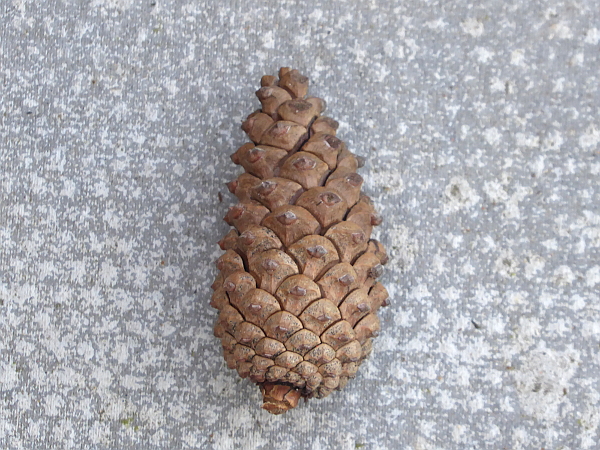 We spotted two dead rats on the verge here, but a more welcome Grey Squirrel on the pavement in Edgar Street, on the north side of St John’s Ambulance HQ. This is an oddly wild place in the City Centre, with lots of rough ground and wild Buddleia, and it might be a good place for butterfly-hunting in the summer. Both Blackbirds and Magpies were living here, too. Then we took the bus  to Stanley Park. There were House Sparrows cheeping in the hedges in Fountains Close and in the park itself another Lesser Black-backed Gull flew over, probably also of the darker “Baltic” race.  There are great views from the terrace, north west to the megamax cranes at the docks, north to Everton FC and north east to Winter Hill.

On the deeper western lake there were Canada Geese and a Great Crested Grebe on patrol. 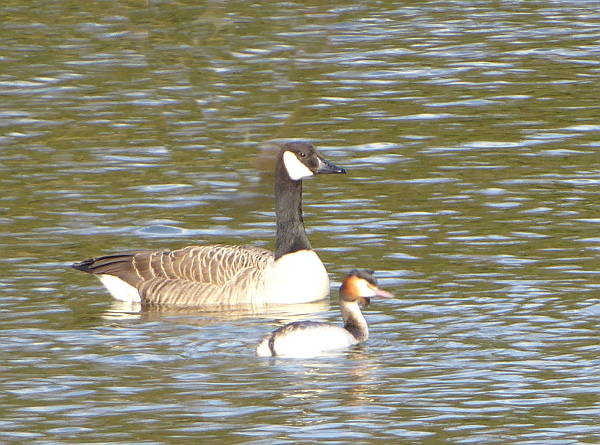 Then we spotted his mate on a nest. We are hoping to see dancing Great Crested Grebes next week at Carr Mill Dam, but are we already too late in the year? 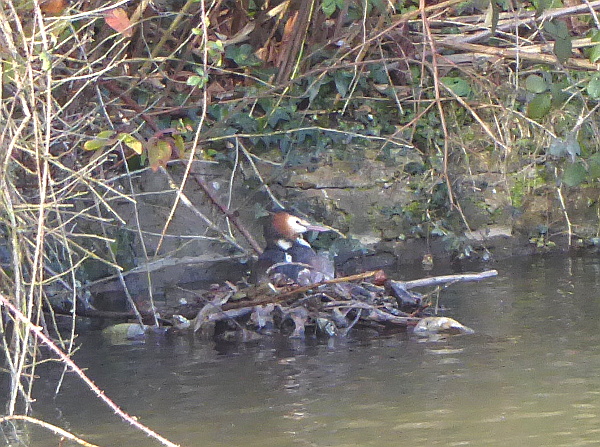 One normal-looking young Alder tree with its catkins out had a twig of huge cones on the ground beneath it. They were in a cluster of six or seven, each about an inch long, bigger even than the usual cones of Italian Alder. But that’s what they must be, there is no other possible Alder with bigger cones. Perhaps they are another consequence of the very warm summer we’ve had. 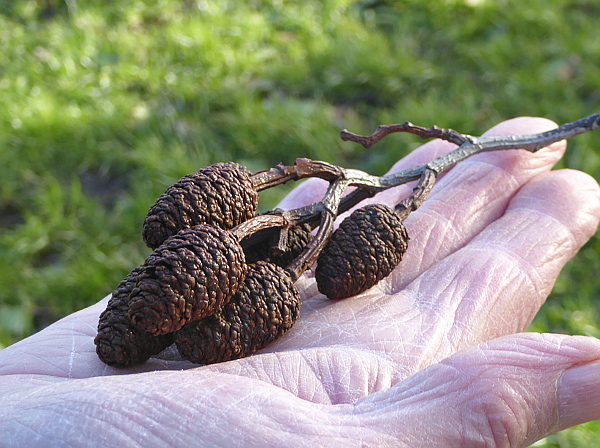 On the middle lake there was a Heron on the bank, and Mallards, Coots, Moorhens and Black-headed Gulls. Three male Pochard were amongst them. 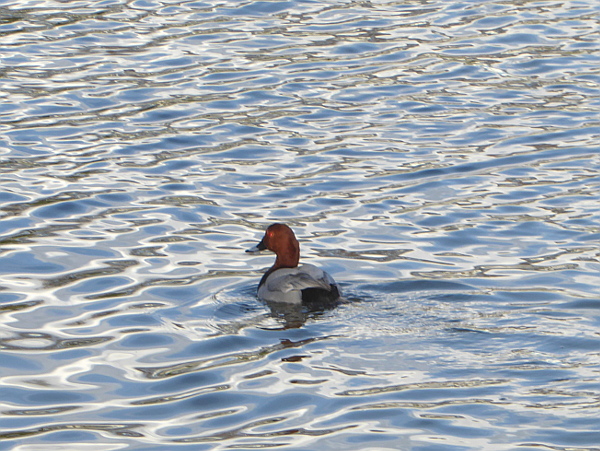 The shrubberies were looking very fine, with dark and green leaves contrasting with the red or yellow stems of Dogwood. Near the Isla Gladstone Conservatory they have set up some white statues of cupids or perhaps goddesses, which were rescued from the bottom of one of the lakes, a relic of an earlier time. There are three very lovely Himalayan birches in the borders here, and nearer the football ground, a shrub with long bare whippy stems bearing bright yellow flowers against a background of dark Holly leaves. 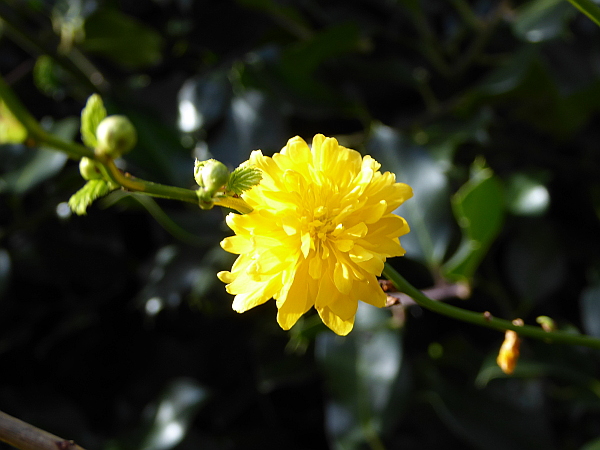 There was a young Blue Atlantic Cedar on the Priory Road edge, opposite the Cemetery. On the bank of the newest, eastern lake (the George Audley Lake) was a tree I first thought was an Atlantic Cedar, but as we got closer I could see it was a big Cypress, probably a Monterey Cypress, the one which has the largest cones.  One Long-tailed Tit was foraging in the shrubbery here.

Our last tree of note was a big old one with a leaning trunk, very ridged and burred. It had Latin name tag saying Populus nigra, the Black Poplar. It might be the native subspecies betulifolia, and if so it is now one of the rarest native trees in Britain, with (according to Wikipedia) only about 7000 known, and only 600 of them are female trees (They have separate sexes, which is called “ dioecious”, di-EESH-us). 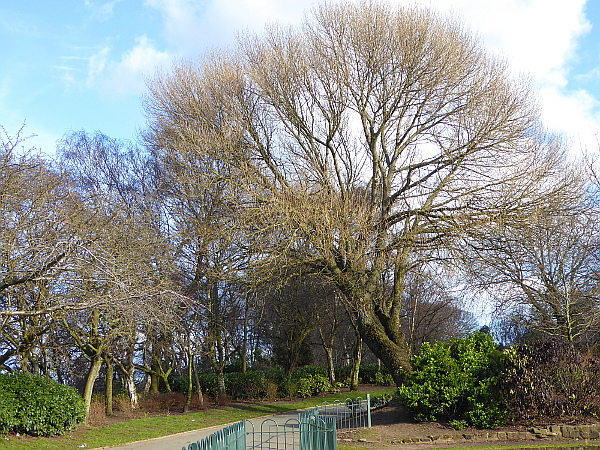 The female produces long strings of fluffy white seeds, but it isn’t possible to tell whether this one is male or female at this stage. There are two at Ness Gardens, both said to be female. I also know of one in Victoria Park Crosby, but I have no idea if it’s male or female, but I will check it again soon to see what kind of catkins it puts out. I think there must also be a female one on the Seacombe to New Brighton prom, on the corner of Magazine Lane, because I was puzzled in May 2012 by all the strings of white fluff in the road, which I then guessed (wrongly) were male catkins.