No nature walk today, because we attended the remembrance service at St George’s Hall, which was also an opportunity to see the newly-installed Weeping Window of ceramic poppies. Its formal name is Blood Swept Lands and Seas of Red, and is by artists Paul Cummins and Tom Piper. 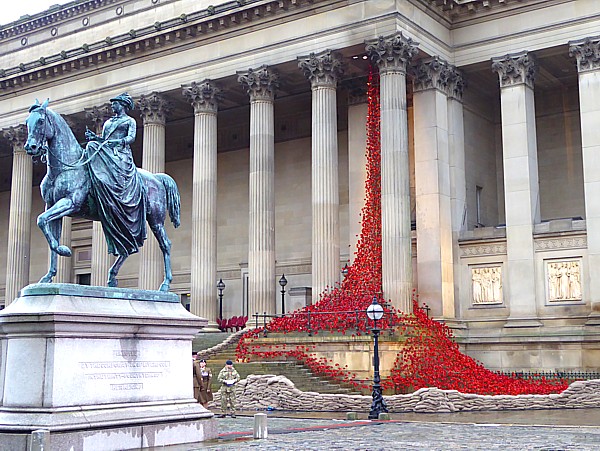 Then we walked the “Liverpool Remembers” Poppy Trail, a series of 22 posters set up from William Brown Street, along Old Haymarket, Victoria Street, Stanley Street, Whitechapel, Paradise Street, Thomas Steers Way, Albert Dock and ending at the Pier Head. The one in the Museum is rather clever, as it shows a pressed Poppy flower, their herbarium specimen of Papaver rhoeas, collected on the edge of golf links at Hoylake on 17 Jul 1915, the same year John McCrae wrote the poem In Flanders Fields. 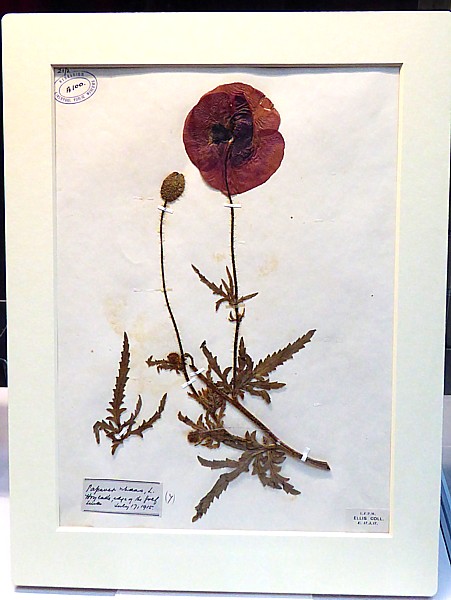 Subjects covered on the trail include the Milne family, who lost three sons; the 10th (Scottish) battalion of the King’s Liverpool Regiment; boy soldiers; the Liverpool Pals; Private Arthur Procter, VC; the Chavasse family, including double VC Noel; the Dock battalions, black servicemen; and Isabella Innes of the WAACs. 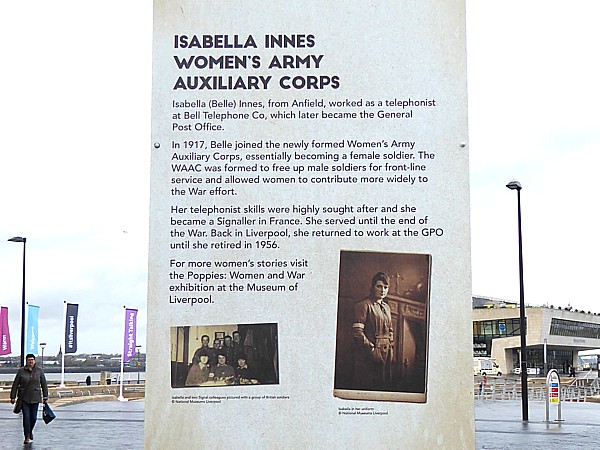