Tony Carter reports:  Members of North West Fungus Group and MNA joined together at the Warden’s Office to look for fungi at Ainsdale Sand Dunes Reserve.  Ground conditions were drier than expected and some areas were not as productive as in past years.  The area around the pond was fruitful. It used to be a struggle to get access to this area but the boardwalk takes you right round the pond. Lots of recognisable species such as Amanita muscaria (Fly Agaric) and Leccinum scabrum (Brown Birch Bolete) were found. Russula velenovskyi (Coral Brittlegill) was common under the alders. 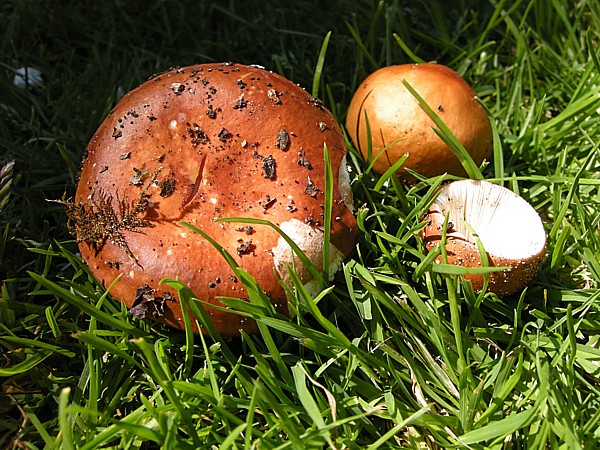 A nice find of Cortinarius uliginosus (Marsh Webcap) was made in an adjacent ditch. 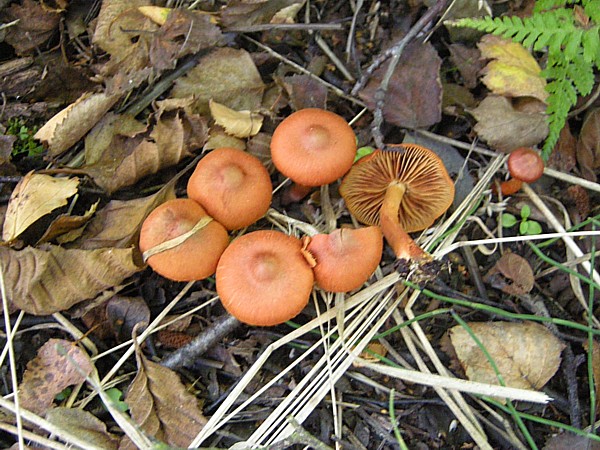 There was very little in the paddock area which has deteriorated since it was flooded. Once a rich source of species, it is now very overgrown as is the wood leading to Pinfold Path, so little time was spent there. After a pleasant lunch in the sunshine on the dune grassland, we continued our search and made some interesting finds. The first was of an uncommon bolete, Suillus collinitus. It is very similar to a more common species (Weeping Bolete) but has a pink rooting system that colours the stem. This was quickly followed by Amanita citrina (False Death Cap) and Amanita submembranacea. 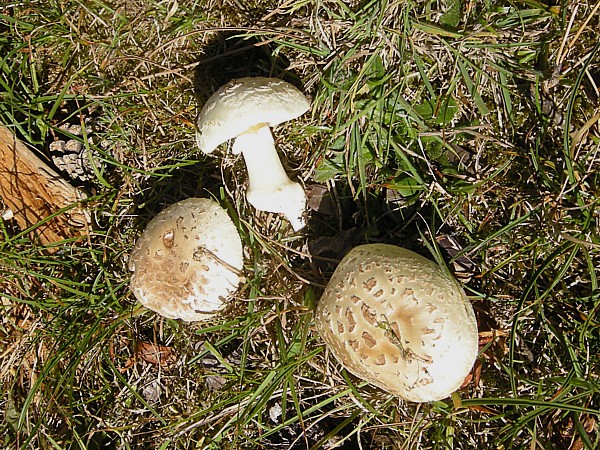 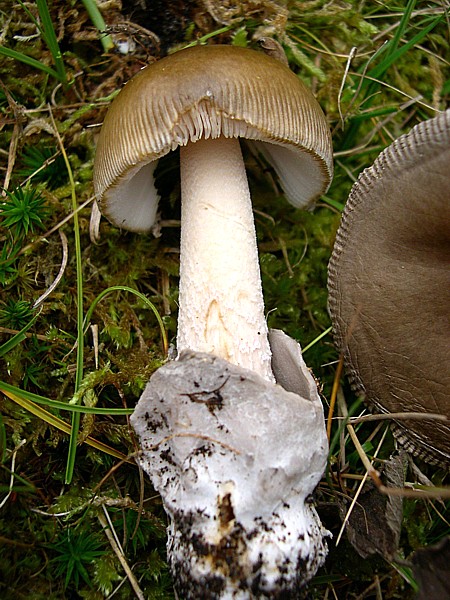 There was lots of a very small puffball. Usually we find fresh specimens but need spores to identify it. Or we find sporulating specimens but do not know what a fresh one looks like. This time we found both and were able to identify them as Bovista limosa (Least Puffball). This species is very specific to the south Lancashire coast. 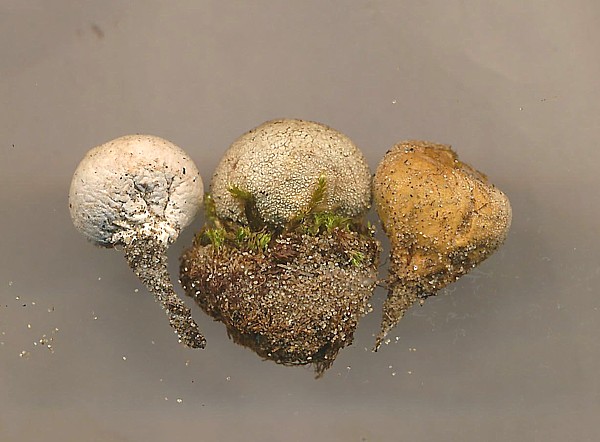 Similarly, Lycoperdon nigrescensalso appeared both fresh and with spores. Chroogomphus rutilus (Copper Spike) appeared under a lone pine tree as did a dune lover, Lepiota erminea. 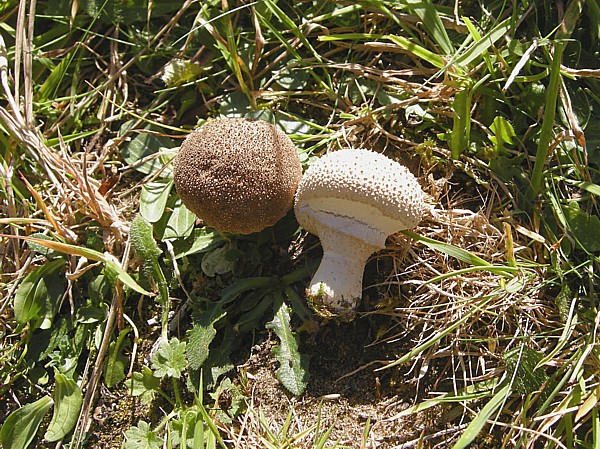 We had to miss out the meadow area as it had not been mown so we went back into the pinewoods and made collections of Russula sanguinaria (Bloody Brittlegill) and Russula xerampelina. They can look identical with red caps and stems but the latter smells strongly of crabs, hence the name, Crab Brittlegill. 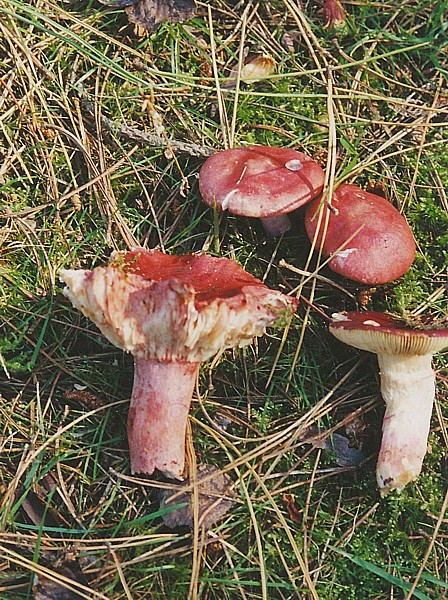 The final stretch took us into the mixed birch and oak areas where we came across Chalciporus piperatis (Peppery Bolete) and Hygrophoropsis aurantiaca (False Chanterelle). 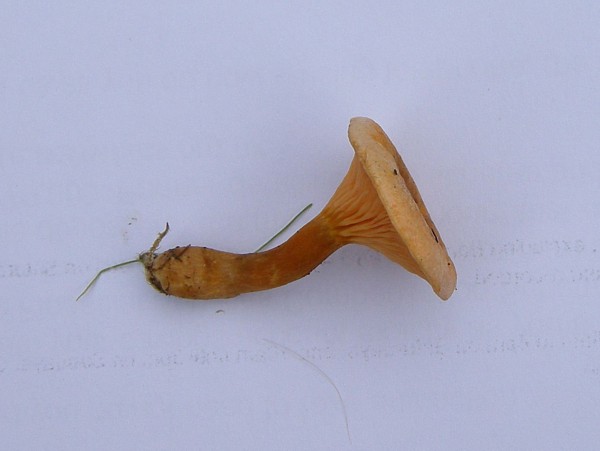 Despite the conditions, the joint effort succeeded in identifying seventy species. New for the site were Clavulinopsis laeticolor (Handsome Club), the ascomycete Eutypella scoparia, andthe corticiod Peniophora rufomarginata. These bring the total number of different species recorded by North West Fungus Group for this unique reserve to 941, which is why it was the favourite site of Ken Jordan. It rarely disappoints.