For this fifth section of the Trans-Pennine Trail we had a clear and sunny day, bright and warm without being too hot. 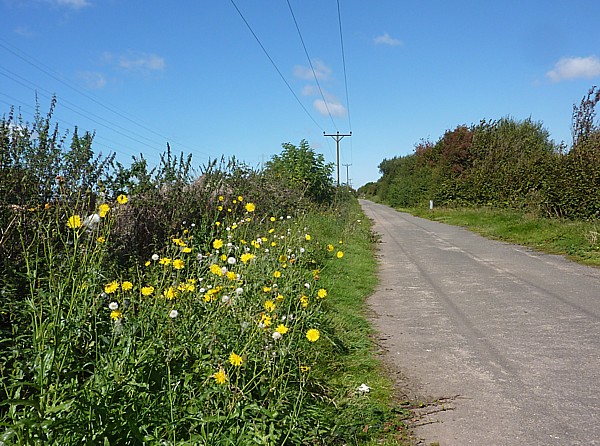 At Lydiate Hall Farm the Peacocks appeared to be moulting their tail feathers, but there was a stern sign warning visitors that the feathers were the property of the farm, not to be taken away, but could be purchased for charity in the farm shop. 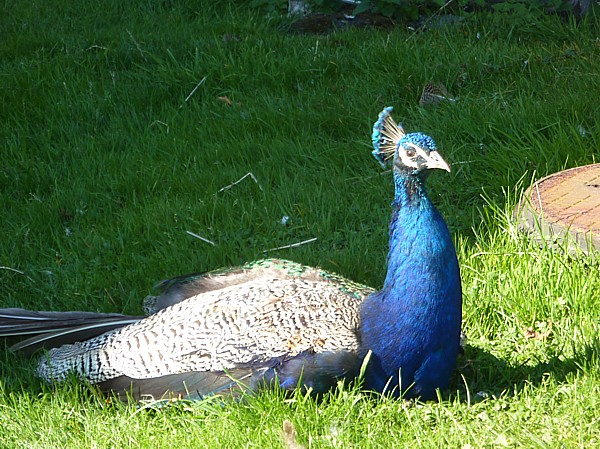 The cabbage field behind the farm was being visited by many Large White butterflies, which we used to call “cabbage whites” when I was little. As we walked south along the old Cheshire Lines path we also saw Specked Woods, several Small Tortoiseshells and this Red Admiral on Elderberries. It was opening and closing its wings, and I never could get a shot when they were fully open, but I like this one with the sun shining through. 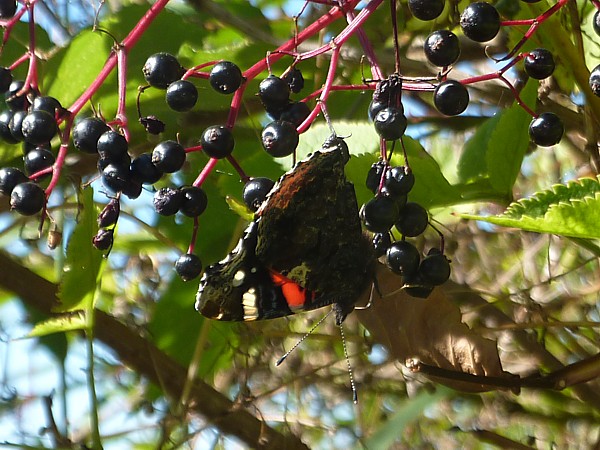 We had lunch where the path crosses Carr Lane and Lydiate Station Road. There is no trace of the old station itself, although a passing cyclist said he remembered it being on the north side of the junction. But one of the houses in Carr Lane  is called “Railway Cottage” and the old level crossing barrier is still raised and waiting, even though it hasn’t seen a train since 1952. 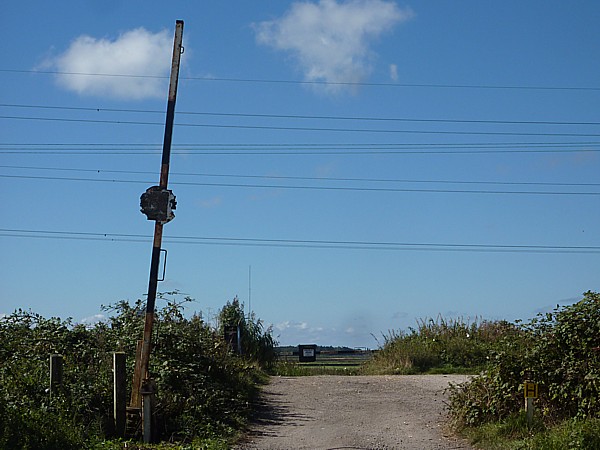 We didn’t see many birds, because cyclists and walkers were passing every minute or two, and the hedges were too high for many long views. But there were Crows in the stubble and Starlings on the telegraph poles. We heard a Buzzard calling, and then it flew low over our heads. Later there were four high overhead, possibly young ones. Through one gap we saw a procession of about 20 or 30 Mallards, both ducks and drakes, apparently walking out of a farm gate into a field, making no attempt to fly off. Were they pinioned birds being kept for their eggs, or were they just moulting and mooching about?

The berries are all ripening now. Some people were still out blackberrying, and the hedges were red with Hawthorn, Guelder Rose berries and Rose Hips. 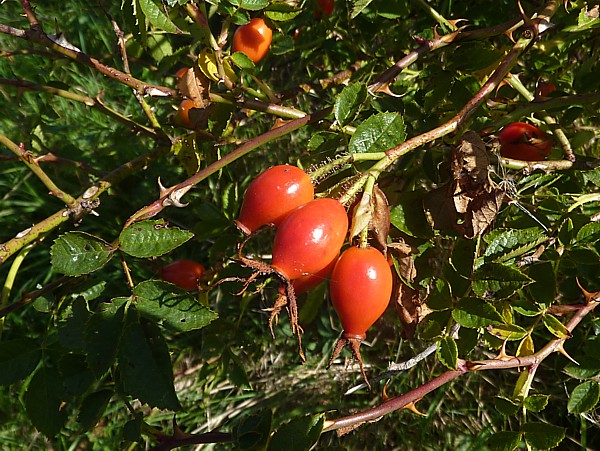 Near the border between West Lancs and Sefton we came across this shrub bearing clusters of white berries. I think it was some kind of Dogwood, perhaps White or Siberian Dogwood Cornus alba, which is native to Siberia and unlikely to be wild. 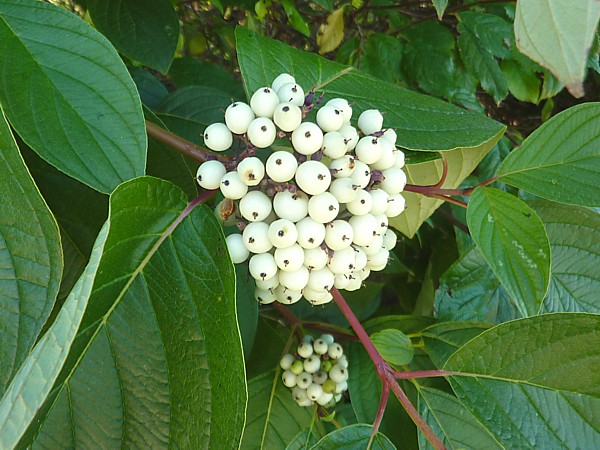 Late flowers included Ragwort, Tormentil, a white umbellifer which I think was Common Hogweed and Rose Bay Willow Herb, some still in flower but most going spectacularly to seed. 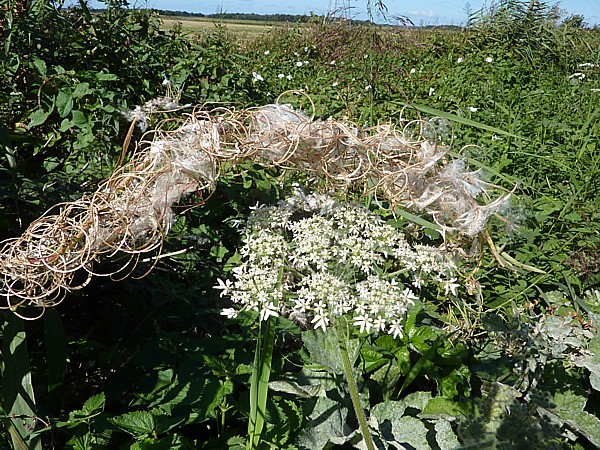 Along the southernmost part of the path there were patches of a low lilac Cranesbill and clumps of the raggedy Perennial Sow Thistle. Large trumpet flowers of Bindweed were everywhere, but whether it was Hedge Bindweed, Large Bindweed or a hybrid of the two, I couldn’t say. 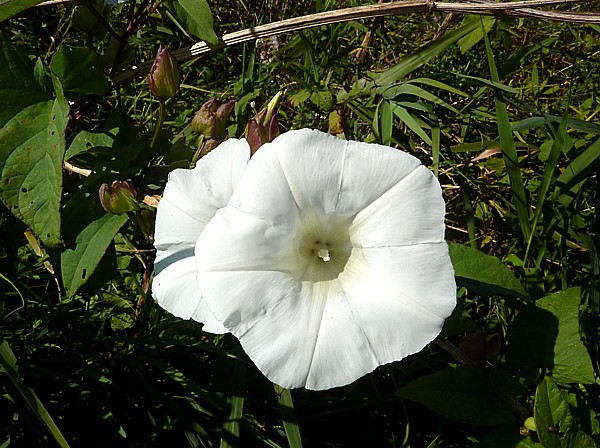 Today we walked just over two miles of TPT, taking us to 12 miles from Southport.