The forecast was for cool and overcast weather but they got it wrong – it turned out to be sunny and warm, a bit too warm for us to be walking as far as we did. We started this fourth section of the Trans-Pennine Trail where we left off last time, at the north end of the Formby by-pass, where it joins Moor Lane. The old Cheshire Lines Railway, which closed in 1952, runs south from here across the fields of the Lancashire plain, with comparatively few easy access points to make the walk shorter.

There were Swallows on the wire in Plex Moss Lane, and horses in many of the paddocks. We had a close encounter with a horse and rider on a narrow section of the trail. 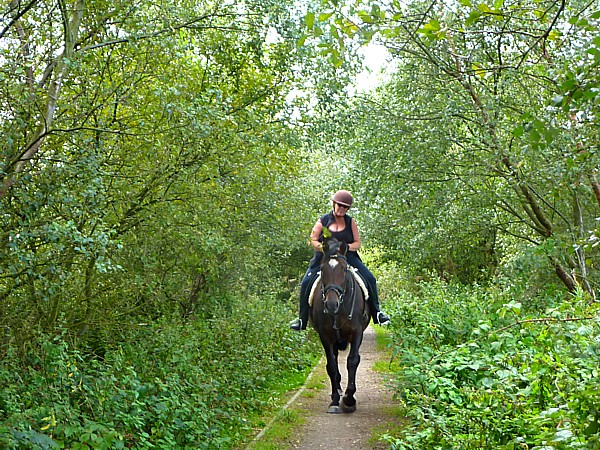 We lunched by the wayside at the junction with North Moss Lane. It was a surprisingly busy spot, with lots of bikes and walkers passing by. In this sunny corner there were lots of Speckled Woods, and one of the White butterflies. There was even a big dragonfly zooming about. It didn’t sit still at all, but we think it was an Emperor. The field behind us was streaked with red caused by large drifts of the plant called Redshank. 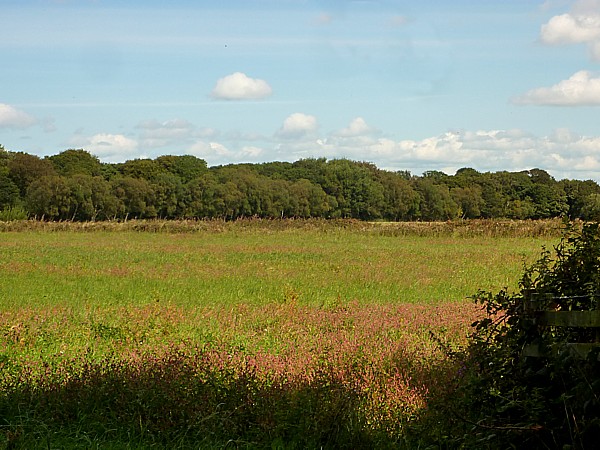 As we crossed the open plain we noticed that most of the grain crops seem to be in, and there were Crows and Wood Pigeons in the stubble. Lots of Starlings perched on telegraph wires, a big flock of Lapwings came up, and 20-odd Mallards flew over, heading north west towards Ainsdale. At the old railway bridge over Downholland Brook a Greenfinch came to a puddle to drink and the birds catching insects overhead were House Martins. Had they been nesting in the buildings of the Pumping Station? Right in the middle of the bridge was an old concrete pyramid, a left-over anti-tank defence from WWII. 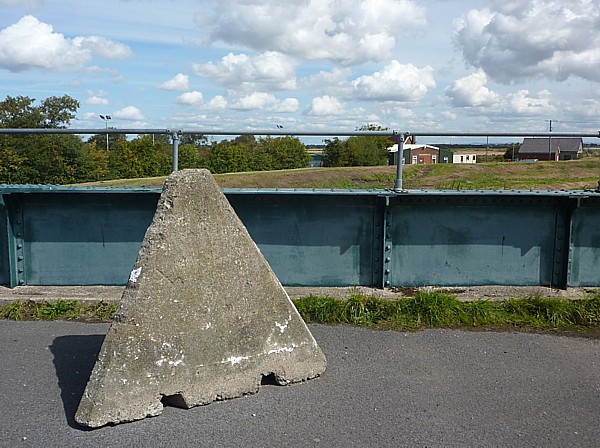 There weren’t very many wildflowers by the wayside, perhaps because the path is so dry and open. The best display was of Yellow Toadflax. Margaret said she thought it was a common railway plant, so is it a relic from those days? 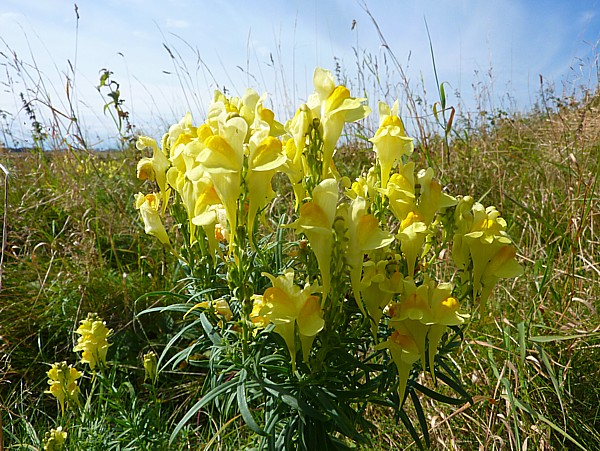 Near the Sewage Treatment plant there was a shadier, damper corner, full of Himalayan Balsam, Ragwort, Purple Loosestrife and Hemp Agrimony. 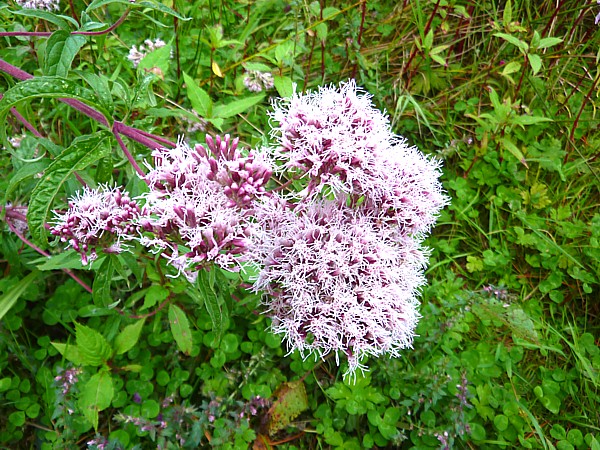 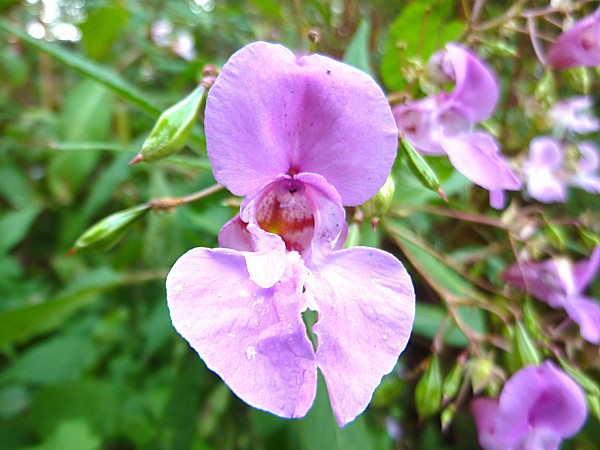 We came off the trail at New Carr Lane, walked a few hundred yards south along the tarmac of Acres Lane then turned into the field path which runs up to the back of Lydiate Hall farm. We flushed a Grey Partridge there, which exploded out of the undergrowth right in front of us. The Hayloft café was a welcome sight and we had time to sit down with a pot of tea before getting our bus home. We walked five and a quarter miles today, of which about four and a half was the Trans-Pennine Trail. We are now nine and three quarter miles from the start at Southport.