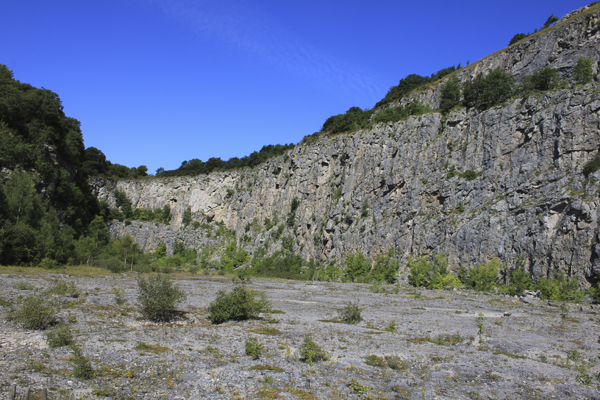 Richard Surman, Ron Crossley, DaveB and I headed north on this scorching hot and humid day. Our first site was Warton Crag in Lancashire – a prominent limestone hill in the Arnside and Silverdale Area of Outstanding Natural Beauty (AONB). We visited the Local Nature Reserve in the Old Quarry. Much of the area was fenced off with the Quarry rock face deemed unstable but there was a small meadow with surrounding trees to explore. Swift, Swallow and House Martin zoomed around in the blue sky, Jackdaws ‘chacked’ away. Woodpigeon, Chiffchaff, Great Tit, Chaffinch and a ‘pheuuing’ Bullfinch were noted. 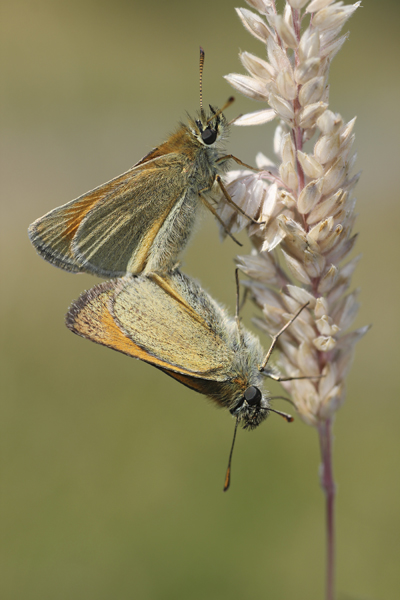 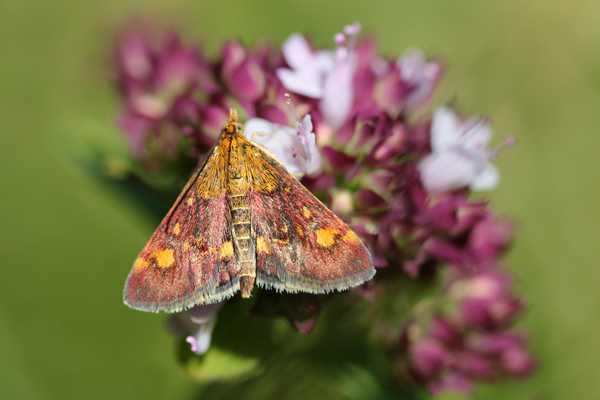 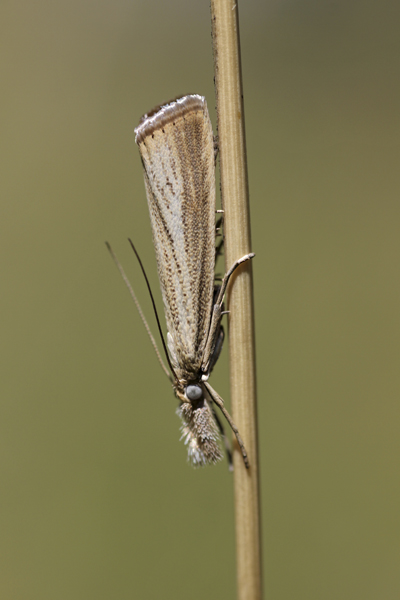 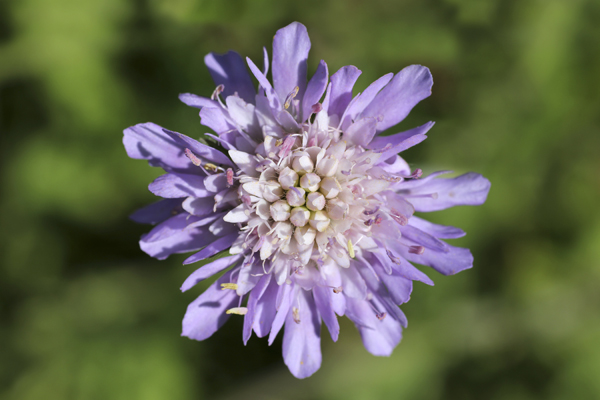 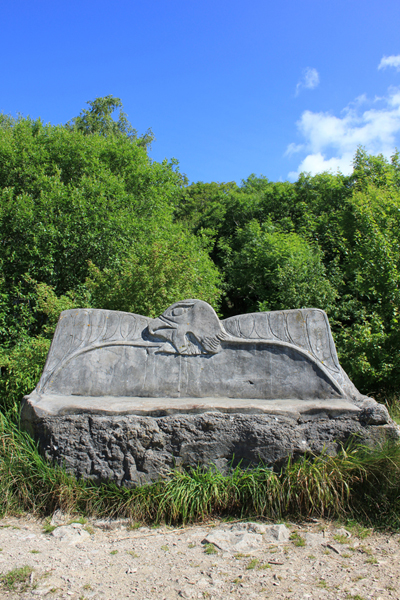 We found a rather cool seat with a hawks head carved on it or was it a Peregrine? Just as we were about to leave we heard the distinctive Peregrine call and watched as it flew in and landed on its nest – guano splattered on the rock face beneath it.

Our second site was the National Trust Reserve at Arnside Knott across the border in Cumbria. This 500ft Limestone hill was sculpted by glaciers in the ice-age. Over time, the limestone and wind-blown soil has created flower-rich grassland and woodland. We parked up – a Nuthatch spiralling up a tree trunk by the car giving a different call to its usual repertoire. We had a quick look at the notice board – a mini wildlife haven with a Wolf Spider Pardosa sp. and a Ruby-tailed Wasp Chrysis ignita. We walked back along the road and stopped at a second notice board, a few Cinnabar Moth Tyria jacobaeae caterpillars were feeding on Common Ragwort Senecio jacobaea close-by but a few were wriggling across the concrete beneath and climbing the notice board to escape Ants. We began climbing stopping frequently to admire the stunning views over the Kent Estuary towards the Lake District. 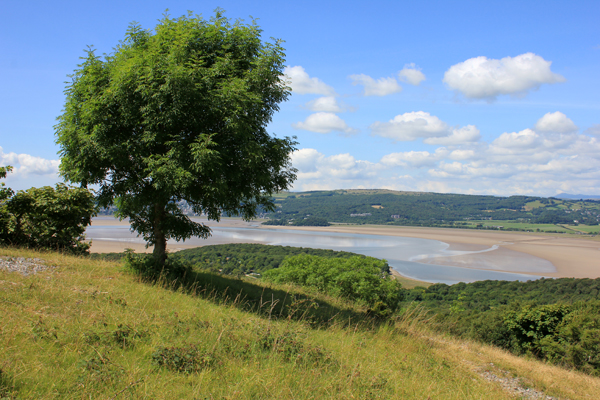 The slopes here are made of frost-shattered limestone, with areas of distinctive, Blue moor-grass Sesleria caerulea, Yew Taxus baccata and Juniper Juniperus communis. We continued through Bracken Pteridium aquilinum into shady woodland with Blackbird, the odd Coal Tit, Goldcrest and Chaffinch along with Male-fern Dryopteris filix-mas before emerging back out into open grassland in the sunshine. 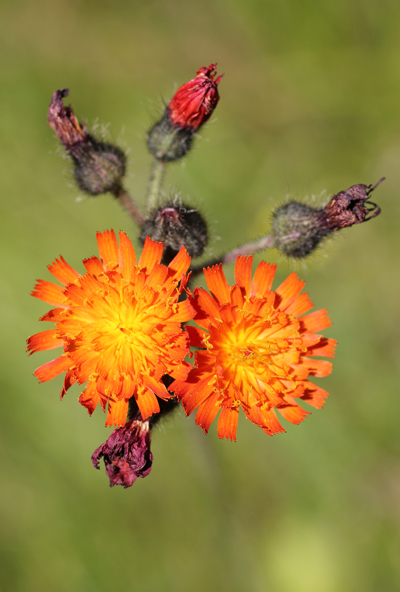 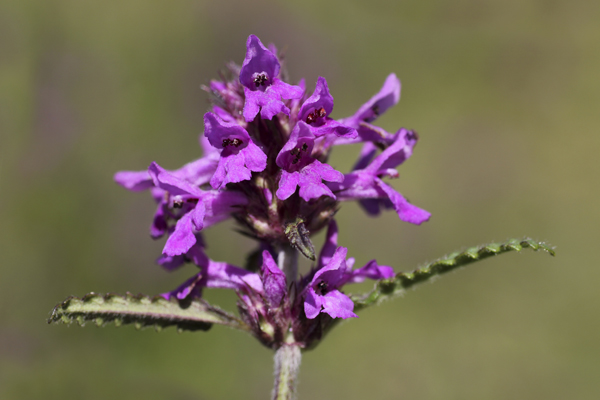 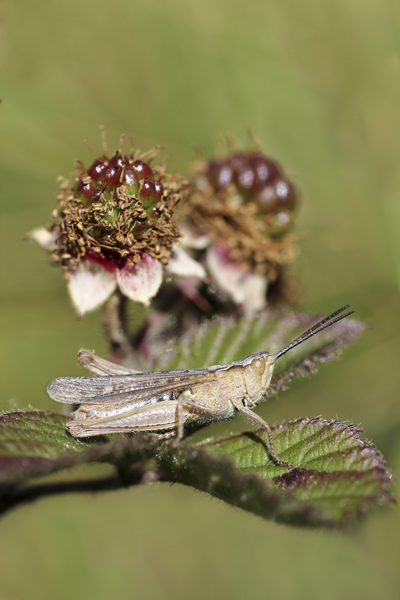 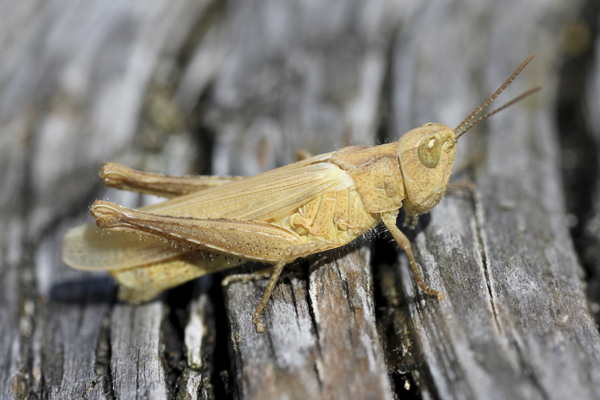 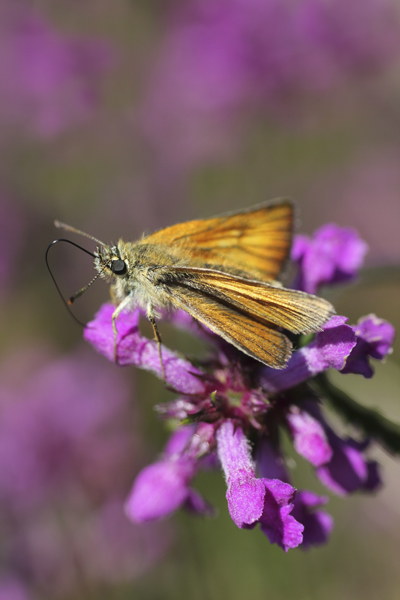 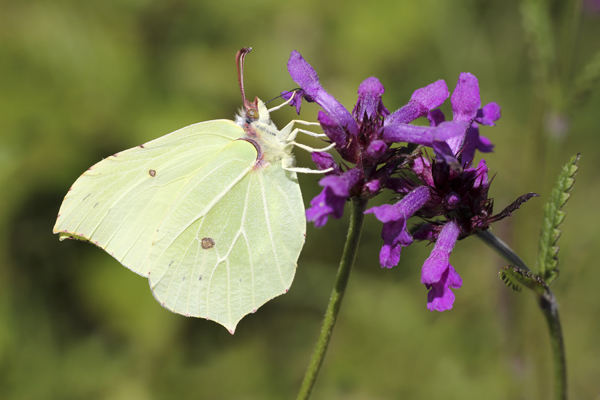 A Vole ran across the path as we headed back down to the car.