It’s starting to get wintry now. There was hail and frost in the week, and there are drifts of autumn leaves underfoot. But today was mild, overcast and dry. We took the 130 bus to the junction of the Northern Perimeter Road and Chapel Lane, crossed over by the pedestrian crossing, went up Chapel Lane then turned left over the fields. It may be the last time we can take this walk, because the planned Thornton Relief Road will be going right through it. The fields are already sprouting red posts to mark the line of the road. 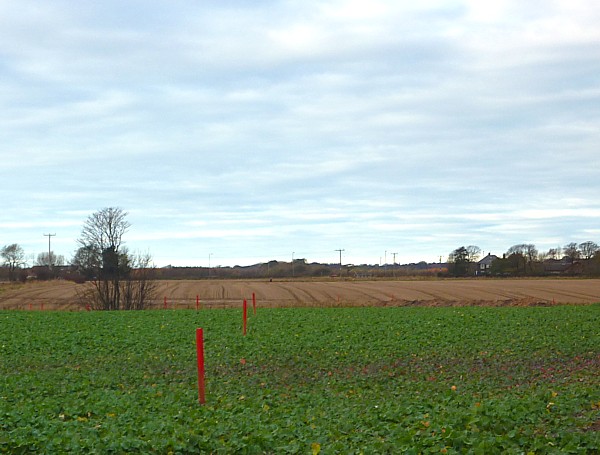 Running west from Switch Island, it will cross Brickwall Lane, pass north of Thornton Garden of Rest, and come out at a new roundabout near Back Lane, with a spur to join Moor Lane. It will be called the A5758 Broom’s Cross Road, named after a mediaeval cross base located near the junction of Holgate Lane and Back Lane. The old cross is Grade II listed and won’t be affected by the new road. There is more about the road on the Sefton Council website.

In the hedges we spotted Goldfinch, Chaffinch, Robin, Magpies. Two buzzards were soaring on thermals over some trees and a pair of Skylarks took to the air, but they don’t sing their famous song in the winter. A Kestrel was hovering and a female Bullfinch was seen disappearing into a copse. We waited to see if the male came along, but sadly he didn’t.  A stubble field contained a large flock of Curlews. We counted, and there were 43 of them. John has never seen so many together before. Along the waysides were lots of White Dead-Nettle, flowering abundantly and looking very fresh. I thought that was odd, and wondered if they were confused by the late summer into thinking it was spring already, but apparently they are known to flower as late as December. 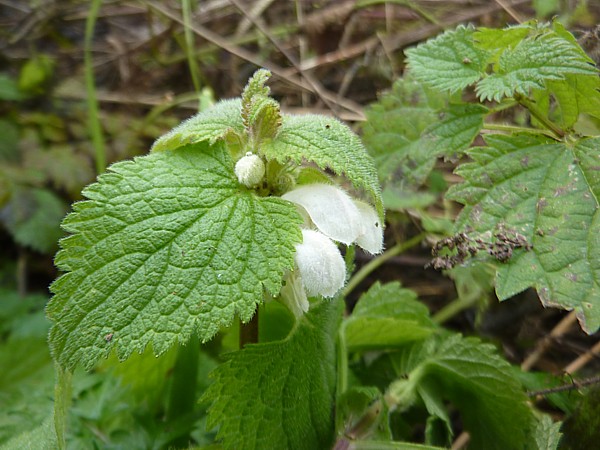 We crossed Brickwall Lane and walked up to Sefton Church, past the road of new houses, now called Mill Weir Gardens. It was just a muddy building site last time we passed. As Sefton Church clock chimed 12 we were lunching at the back of the Churchyard, amongst the falling autumn leaves.  And very pretty leaves they were too – multiple shades of yellow and orange, probably some kind of Maple. 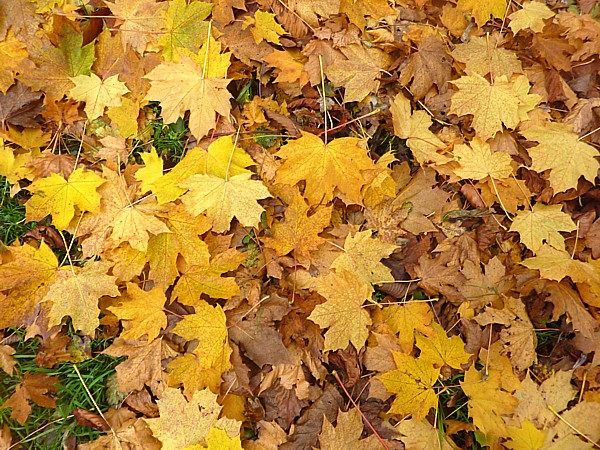 After a comfort stop in the Punchbowl we went along Lunt Road and turned right into Sefton Meadows. One very low-lying field had attracted some Carrion Crows and a flock of over 100 gulls, either Herring or Common, they were too far away to tell. Why were they in that field but not in the others?  It wasn’t to eat the farmer’s seed because the field was flushed with new green growth of some crop. Was it perhaps that that particular field was low, damp and wormy?  While we puzzled over that, a skein of 100 or more Pink-footed Geese passed overhead.

As we returned along the hedges, there were Long-tailed Tits passing through and a young male Kestrel at the top of a tree. Along Lunt Road is a wonderful Beech hedge, at its best when the leaves turn bronze. 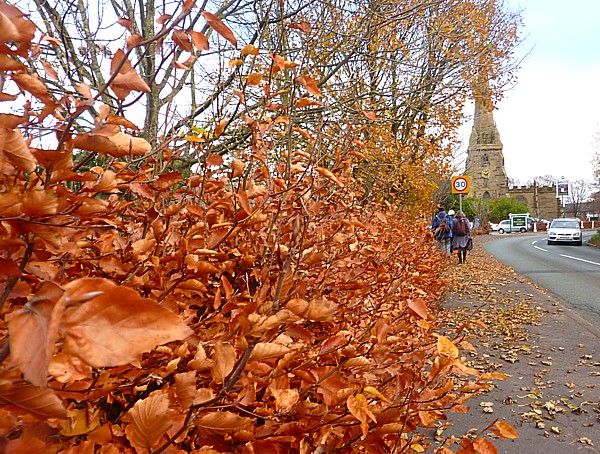 At the corner of Sefton Churchyard we noticed three very white trees, probably the extra-white Himalayan Birches, and they are in a great eye-catching spot. 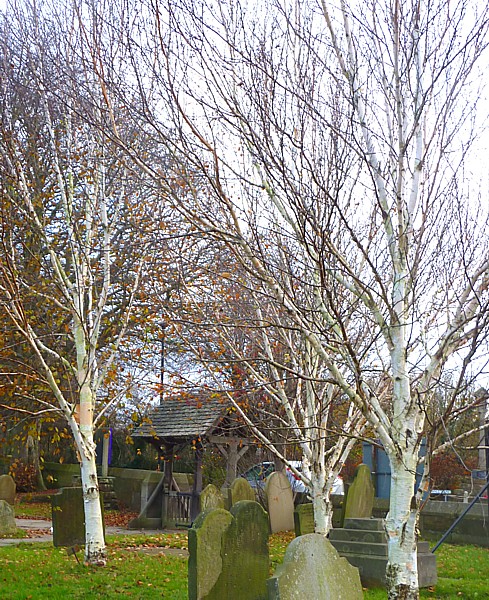 Some of our best birds were seen as we made our way down Brickwall Lane back to the bus. Over the wall in fields to our left, as well as a Collared Dove, we noted a minor wildlife drama; a Buzzard was on the ground with a kill, and was being harrassed by two Carrion Crows, which eventually drove it off. And finally, nine Grey Partridges feeding quite close to the wall and more Curlews, pictured (distantly) below. 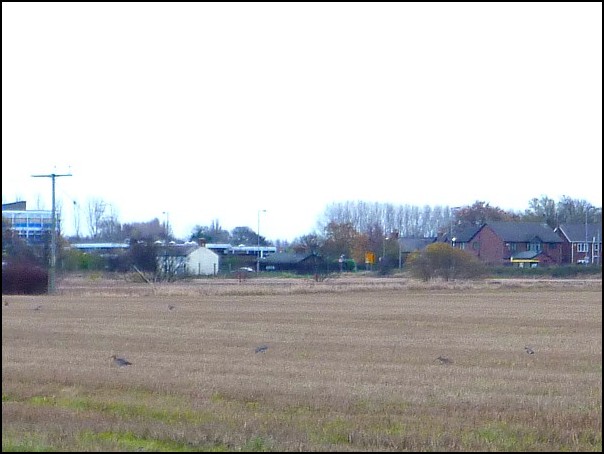