Today’s walk covered the last stretch of the Leeds-Liverpool canal that we plan to attempt. It was a dry and overcast day, very mild for December at about 10°C (50°F). After the train to Ormskirk then a bus to Heaton’s Bridge, we hit the towpath. 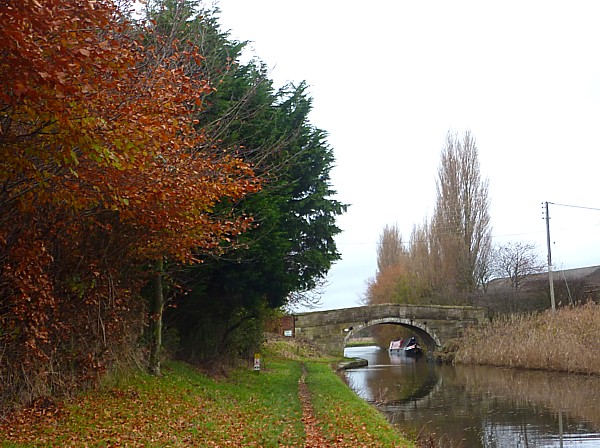 The first evidence of wildlife we saw was an abundance of fresh-looking Molehills all along the verge. Then the usual Moorhens on the path ahead and some Mallards in the water. Two of the Mallards were very odd-looking indeed. The brown one had a faint look of a Pintail about it while the other one is anybody’s guess. Martin Mere reserve is nearby, which Eric Hardy used to call a “duck brothel”, and you can see what he meant. 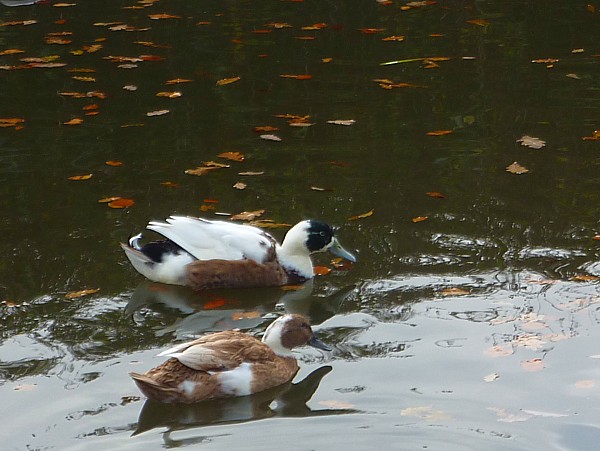 Other birds along the way were Magpie, Greenfinch and a small flock of Fieldfares. John checked, but there were no Redwings with them. There weren’t any flowers that we could see either, but the hedge was wound about with Honeysuckle vines flashing their red berries, and an Ash tree bore nothing but bunches of “keys”. 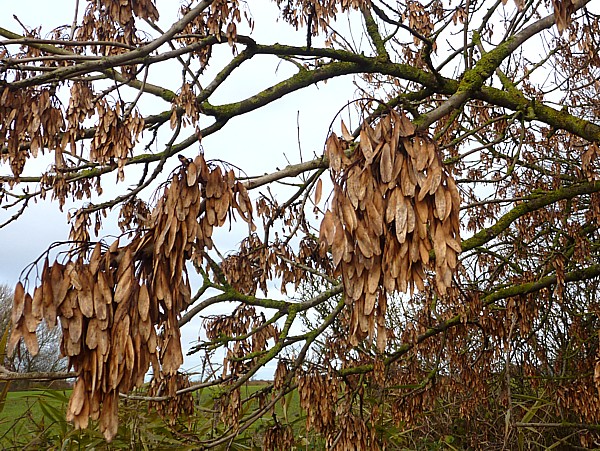 Martin’s Lane Bridge is another nice old one, pictured above, and we were delighted to find a set of stop planks on the east side, now very rotten and overgrown. They were once used to make a barrier for draining the canal when maintenance was needed; they dropped into slots below the bridge. I remember seeing a set outside the Ship Inn at Haskayne a few years ago, but they are gone now. These appear to be the only ones between Liverpool and Burscough. 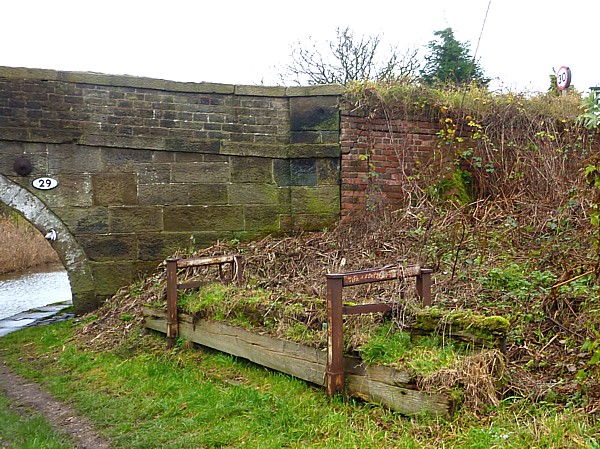 One smallholder was keeping free range hens, white and grey geese, and a few interesting brown sheep, which we first thought were Jacobs, but they seem to be the rare breed Zwartbles. 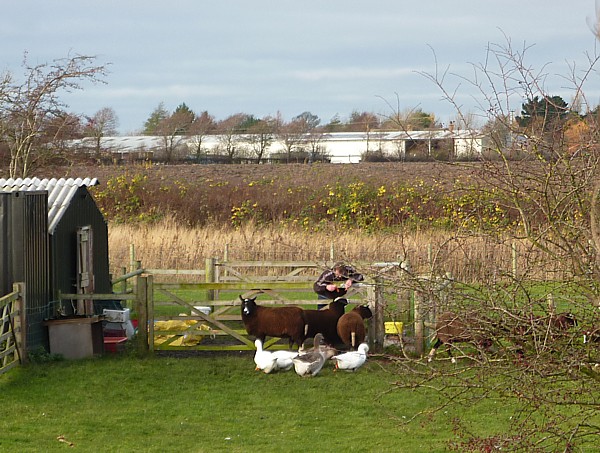 We had lunch at Great Score Swing Bridge, one of the ruined ones that are fixed open. Beyond the bridge is the former airfield of the Fleet Air Arm known as HMS Ringtail. Some of us perched on the side of the rubbish barge which moors here. 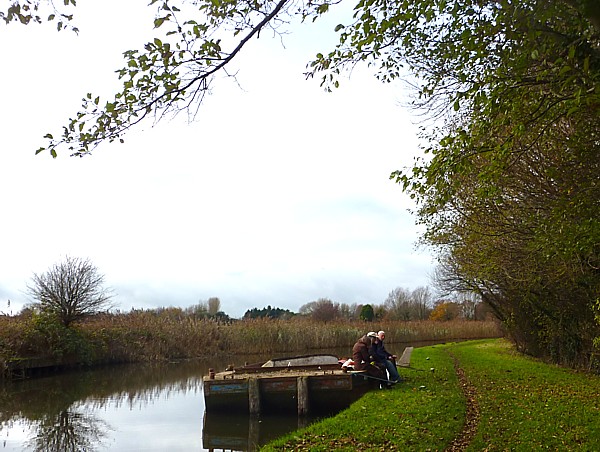 The sun came out briefly as we had lunch and we spotted a single dark butterfly crossing the canal and heading north. Red Admiral? Impossible to tell. Two male Blackbirds were darting at each other on the bed of the decrepit old bridge. Perhaps it’s close to a territorial boundary, or perhaps the interloper was one of the continental birds which the resident birds have to chase away.

Further on there is an interesting view over the fields northwards towards Martin Mere. In this picture you can make out two hides above the hedge line in the middle distance – the Ron Barker Hide on the left and the Kingfisher Hide in the middle. The tower of Harrier Hide breaks the skyline on the right. 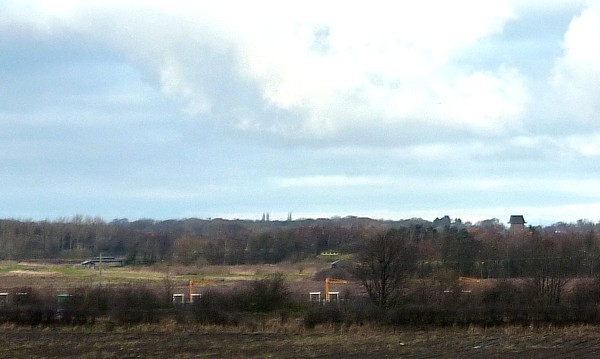 At New Lane there are some remarkably pretty canalside cottages, many with bird feeders on the lawn outside, and one with a sumptuously-fruiting Rowan tree. 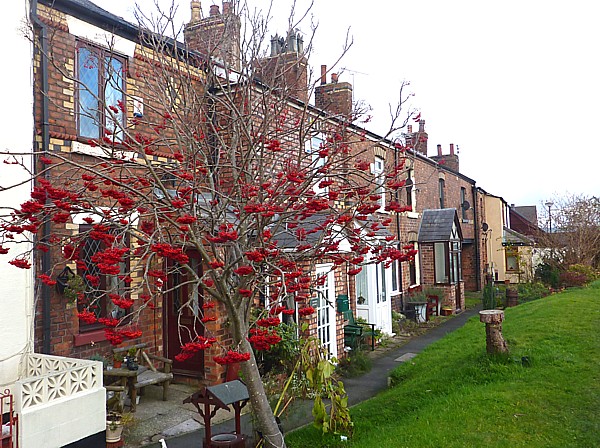 The pub on the other side of the canal here is the Farmer’s Arms, whose landlord is (or used to be) Shaun Teale, the former Southport and Aston Villa footballer. There is also a WWII blockhouse disguised as part of the pub. 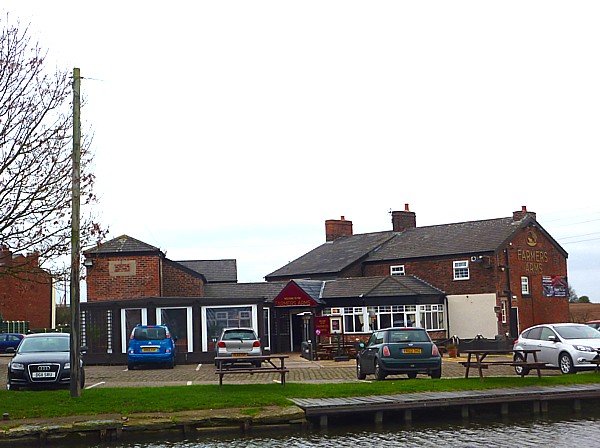 North of the New Lane junction we were thrilled to see about 300 Whooper Swans grazing. 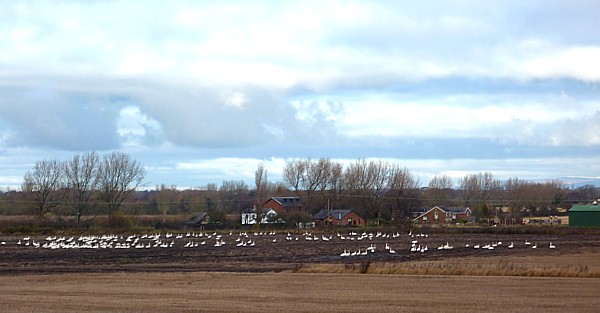 The last milepost we saw was the one showing 23 miles from Liverpool. Towpath Treks  says there is an even older milestone here, but we couldn’t find it. At the next bridge, Crabtree Bridge, the pub is called the Slipway. As suggested by its name there is indeed a small slipway in front of it. Notice also the WWII loopholes in the barn on the right. 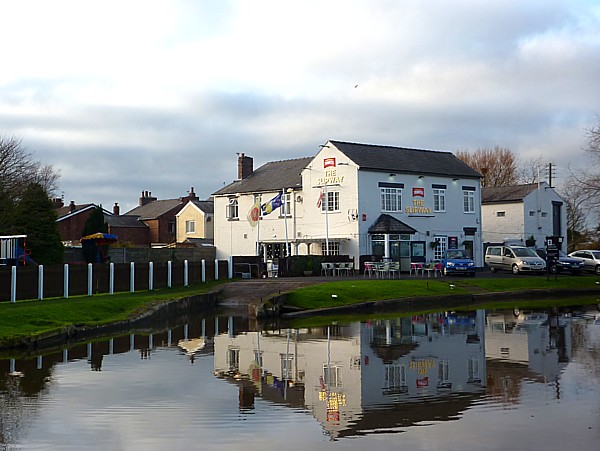 At last we arrived at Burscough Bridge, almost 24 miles from Liverpool. It’s only taken us a year! 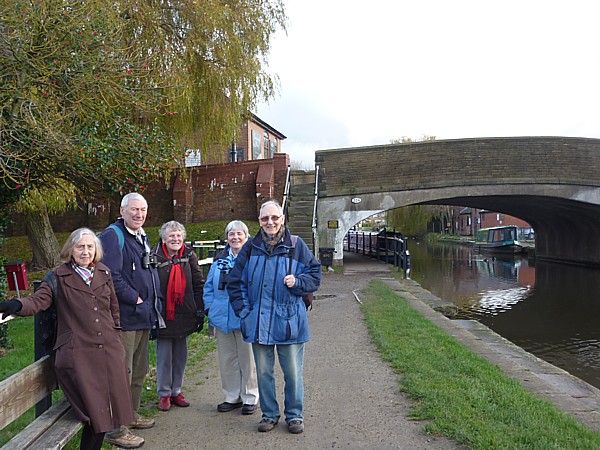 Anyone doing this walk should note that there are public conveniences at the back of the Hop Vine pub and that there is a very nice bakery and bread shop in the Burscough Wharf courtyard.

Public Transport details: We took the Ormskirk train from Liverpool Central at 10.10, arriving Ormskirk at 10.43. Up the path to Ormskirk Bus Station and then take the 375 bus towards Southport (not the Wigan-bound one) at 11.06, arriving at Heaton’s Bridge at 11.21. We returned from Burscough Bridge on the 12A bus (which is hourly) at 2.04, arriving Ormskirk at 2.18. If you get off near Ormskirk station approach road you can just make the 2.20 train back to Liverpool.