This was our longest run on the 300 bus, and we didn’t get to Halsall until well after 11. It was a damp and misty day, but calm and mild. As we walked down Summerwood Lane from Halsall Church towards the canal, about two dozen Pink-footed Geese passed overhead, flying south east. There were House Sparrows in a hedge, Pied Wagtails on the roofs and Jackdaws calling from the trees. At the Halsall Navvy sculpture we turned north for another two or three miles of the canal. There weren’t many birds on the water, just a couple of Moorhens, a few Black-headed Gulls, the odd Mallard and only one Coot all day. Where do they all go? 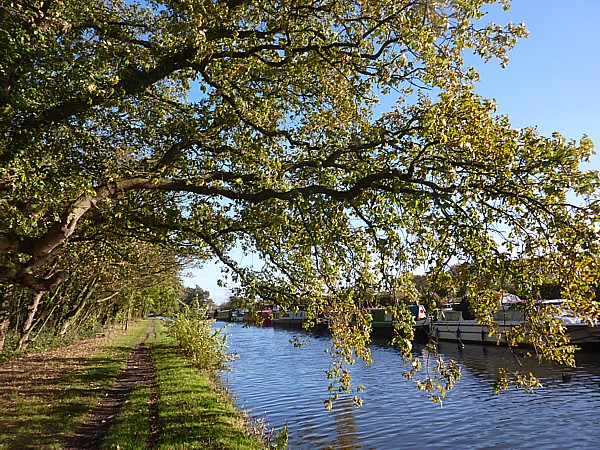 After the 19-mile milepost we spotted some gas guns in a farmer’s field, which bang every half an hour or so to scare the birds. They must work because there was only one Carrion Crow in the newly sown field, and a distant bang from some woods sent up a large flock of Wood Pigeons. 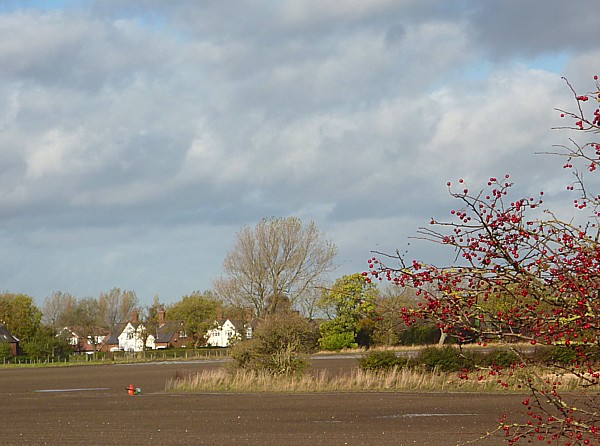 We lunched by Weaver’s Bridge, one of the few places on the canal locally with plenty of seating. There are no less than FOUR wooden benches there,  which makes a change from having to sit on the parapets of bridges!  The 20 mile milepost is alongside the fence around Scarisbrick Marina. We were tempted to visit the Marina Café, not only for a comfort stop, but also to scoff some of their lovely cake.

At Scarisbrick Bridge the canal turns from north to east and runs along the edge of three woods. The golden yellows of some of the trees were magnificent. It isn’t fenced off, but there are many prominently-placed signs saying the woods are private. I think they belong to the old Scarisbrick Hall estate.   The Hall is by Pugin and is Grade I listed, but sadly not open to the public. It now houses an independent school. 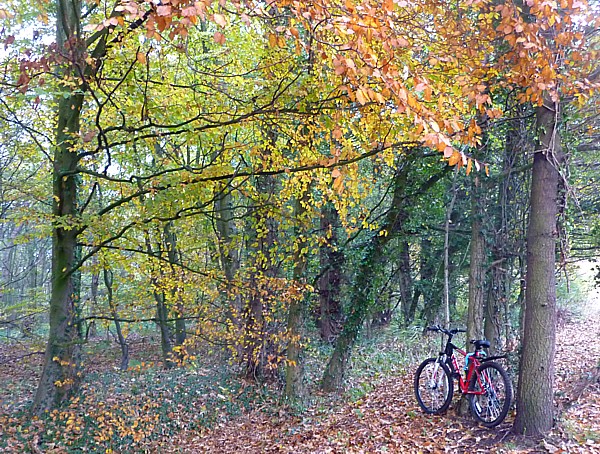 This section of the canal towpath has two rare objects, a half-mile marker and one for the quarter. The half mile marker is next to the narrows at Such Hey Wood while the quarter marker is opposite the sign for Scarisbrick moorings. Soon after that we noted a large cut tree trunk with an outcrop of a yellow wiggly fungus which I guess was Yellow Brain Fungus Tremella mesenterica (but I’m prepared to be corrected). (Added later: my guess was wrong, as I half suspected. It’s Hairy Curtain Crust. Thanks Sabena.) 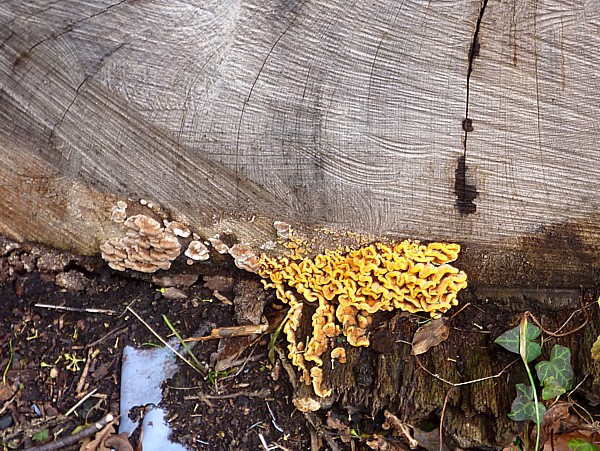 Near Heaton’s Bridge we noted a Dunnock under fence, some Redwings passing overhead and by the bridge itself, a flight of seven Mute Swans. In the grounds of Heaton’s Bridge Inn is a WWII watchtower / blockhouse, which we had time to look at before the 375 bus to Ormskirk at 2.45. 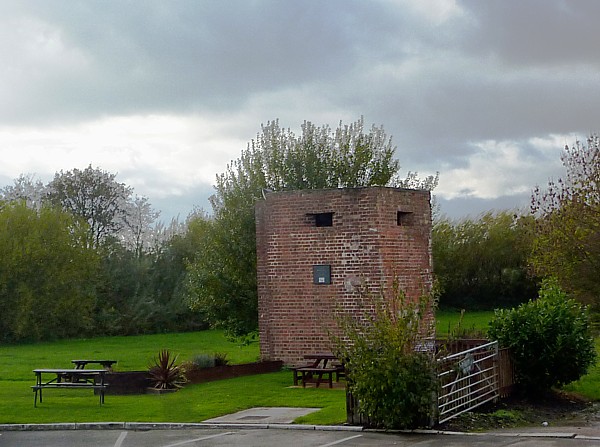 The next canal walk, taking us to Burscough Bridge, will be the last of the series, because we can’t get much further on (free!) public transport.

Public Transport details: 300 bus from Sir Thomas Street at 10.20 arriving Halsall Church at 11.19. This is the first bus on Sundays, and it’s an hourly service. From Heaton’s Bridge we took the hourly 375 at 2.45 from outside the garage into Ormskirk, and then the 3.20 train from Ormskirk to Liverpool.