Seven MNA members took the bus from Liverpool, but we were joined by many more MNA and RSPB members at the car park, making 25 of us altogether. It was a fine, sunny and mild day, so perhaps that was why there was such a good turnout. Those of us who had walked down Mersey View Road had already added Long-tailed Tits to our day’s list, and on the feeders near the Visitors’ Centre we added House Sparrows, Blue Tit,  Great Tit, Chaffinch and Greenfinch. 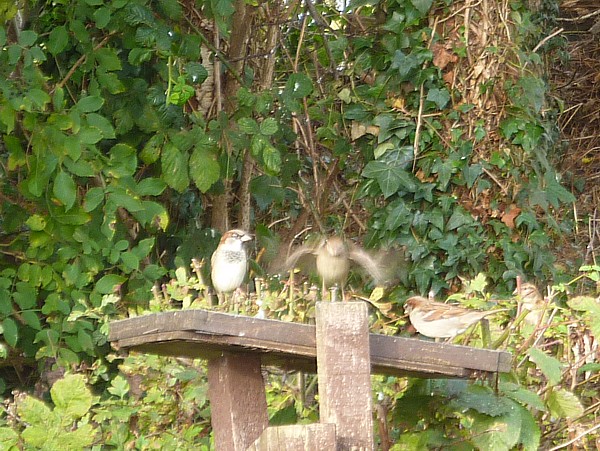 The tide was fully in, so there were only Black-headed Gulls on the water. A Magpie flew over and a telescope showed two dozen Shelduck on the far side of river, plus Carrion Crows and more BHGs. We walked southwards noting Wood Pigeons in the tall trees and some Lapwings over the  water.

At the south-west hide we added Blackbird, Heron, Lapwings, Dunlin, Redshank, Cormorants, a Greater Black-backed Gull and Canada Geese in the distant field. On the way back by the upper path we heard the call of a Great Spotted Woodpecker, which was later seen overhead in its dipping flight. There isn’t much autumn red in the trees, but the golden yellows have showed magnificently in the last few days. 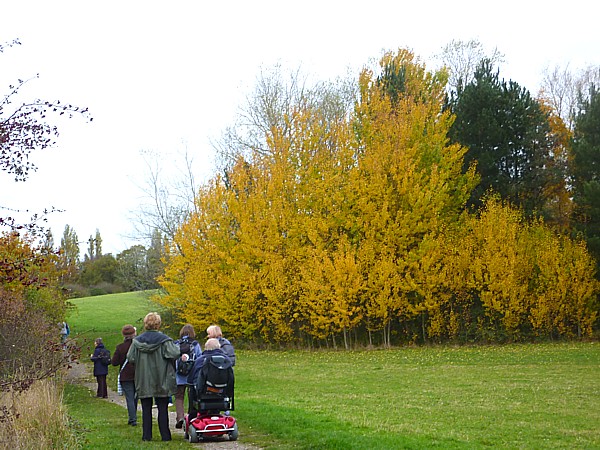 We had lunch back in the car park, where some people left us. As the tide started to go out the sandbanks started to show through in the river.  There was a Curlew on one, while Terry saw a distant Peregrine around an industrial tower on the Cheshire side. The only invertebrate noted was a Hawthorn Shield Bug which shared John Clegg and Chris Butterworth’s lunch table!  Then we walked north eastward by the woodland path. 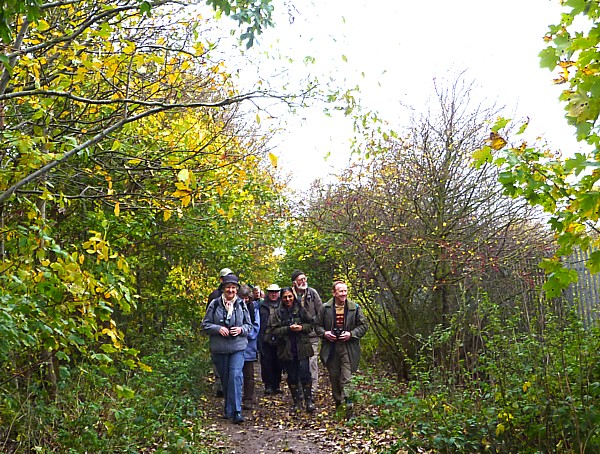 There were lots of fungi below the trees. The huge numbers of white ones looking very like edible mushrooms were hailed as “free food” by some until Chris B identified them as Yellow Staining Mushrooms Agaricus xanthodermus. They are mostly poisonous, although oddly, some people are said to be able to eat them without ill-effects. A small stump flush with the grass had a little brown cluster of Honey Fungus, each toadstool about half an inch across, and there were also many clumps of Glistening Ink Cap Coprinellus micaceus. 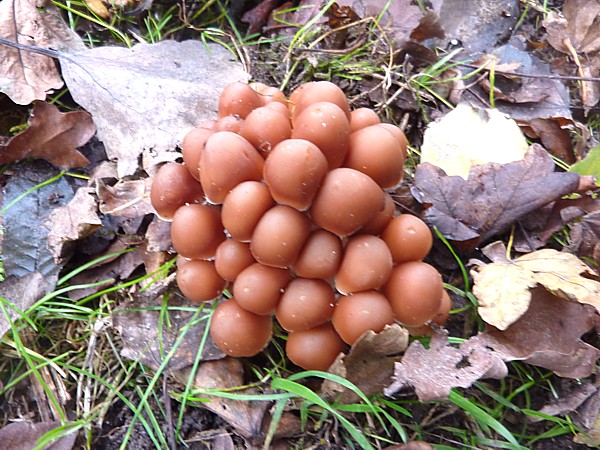 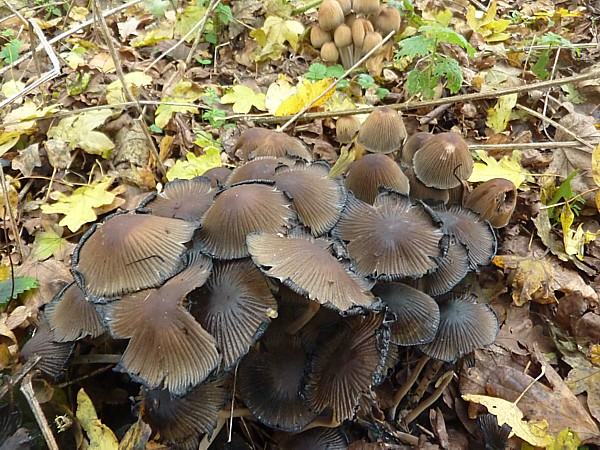 The best bird in the woodland was a Goldcrest, seen briefly flitting around in the branches. We walked as far as the new bridge, then onto the riverside path to return to the car park. The tide was going out fast and we spotted Teal, Gadwall, Mallard and a flock of Golden Plover on a far sandbank. Surprisingly, no Oystercatchers or Godwits were seen today.

Corpse of the Day was a large decomposing headless creature on the verge, under a stand of Viper’s Bugloss. It was too heavily boned to be a fox. There were long claws on the back legs so was it a badger? Then Terry inspected the front legs and found dew-claws, so it was an ordinary dog, perhaps a Staffy who had been in an illegal fight, lost, and been dumped. 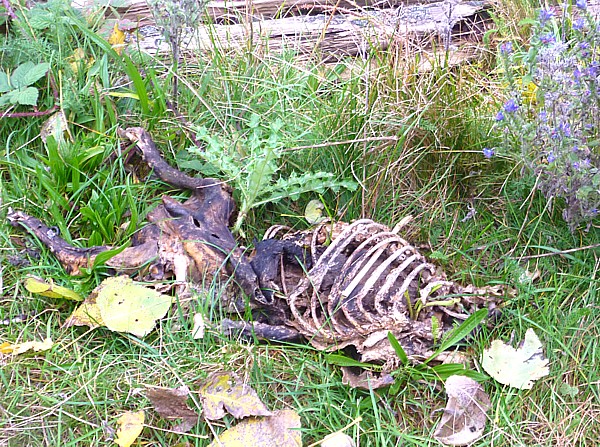 Those of us using public transport spotted Goldfinches on the way back to the bus, and if birding from the bus counts, there were Tufted Duck in the ponds in Estuary Business Park.

Public transport details: Liverpool ONE bus station for the 82A at 10.06. Arrived Mersey View Road just after 11 am. Return bus at 2.35, arriving back at Liverpool ONE at 3.28.

If you are interested in the wildlife of the North-west of England and would like to join the walks and coach trips run by the Merseyside Naturalists’ Association, see the main MNA website for details of our programme and how to join us.