We met at Liverpool ONE bus station and took the 80A bus to Blackburne Street / Banks Way, on the edge of the Liverpool International Business Park. A path leads into the Speke Garston Coastal Reserve, an area of reeds and wild flowers along the estuary, with views over the mud flats and sandbanks to Stanlow. 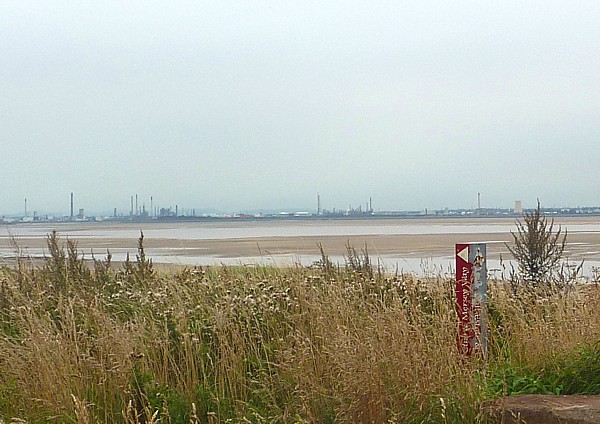 Along the path down to the riverside we saw a Common Blue, then four white butterflies all clustered together in a thicket of Vetch. We realised that two of them were caught in a spider’s web and were struggling to escape. The other two had been attracted to their frantic fluttering. We got a stick and poked around them until they came free. One sat on the leaves, exhausted, but the other flew off. John complained that we’d done some poor spider out of its dinner!  On this picture of the two trapped butterflies you can see that one was a Green-veined White, but the other was struggling too hard to be identified. 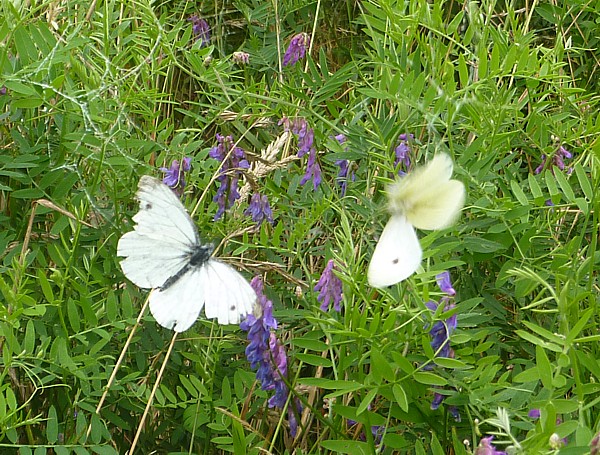 Birds on the mudflats included Herring Gulls, Greater and Lesser Black-backed Gulls, Black-headed Gulls, Curlews, Heron and Shelduck. As a plane came over, about 50 Goldfinches flew up from the dry grass, wildflowers and thistles. The blackberries are ripening well. 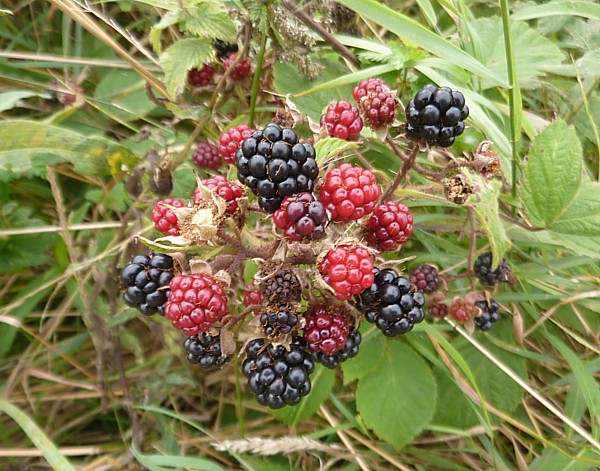 The sun came out as we approached the BM warehouse on the curve of Garston Shore Road. There is a little linear park, following the line of a small stream and leading to the old airport building. 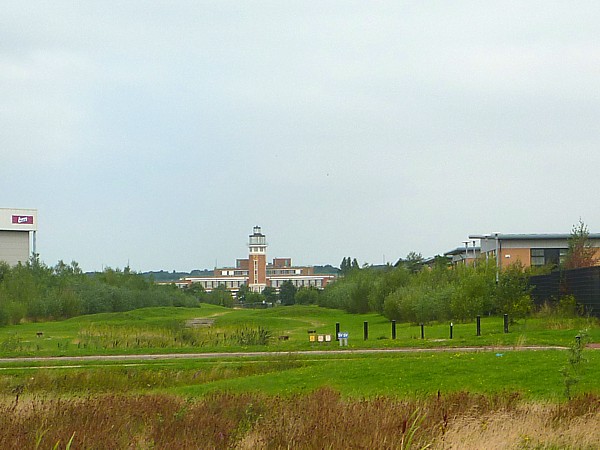 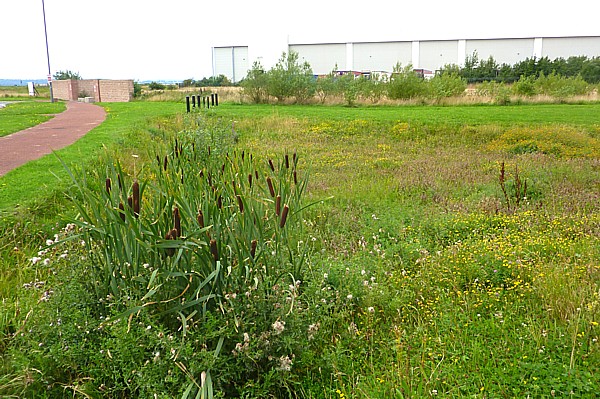 We had our lunch there, then we walked back along the path through the “burial mounds” to where there is a pair of “amphitheatres” each with four radial mounds with a detached lump in the middle. Now I look at it on the aerial photo I realise they are meant to be propellors!  They are at the top centre of the picture. 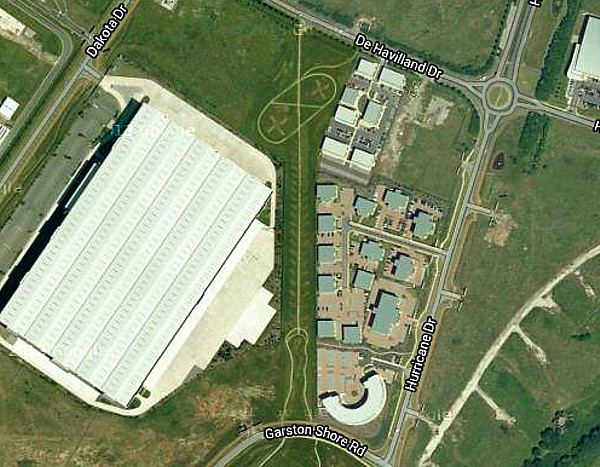 The new roads around there are part of the Business Park and are lined with mysterious white hi-tech factory buildings. The roads are all named after British aeoplanes – Dakota, De Haviland and so on. Hurricane Drive has a long pond at the north end of the central reservation and several fishermen were on the banks. One told me it had been stocked with Roach and Carp. 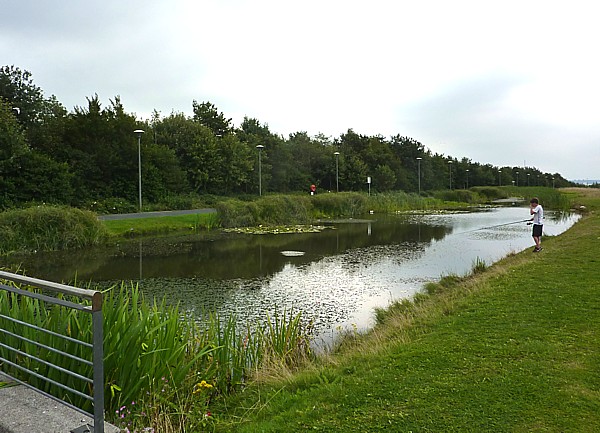 The planting along the roadside is wonderful, mostly of native shrubs like Hawthorn, Hazel and Crab Apple, interspersed with various cultivars of Dog Rose. 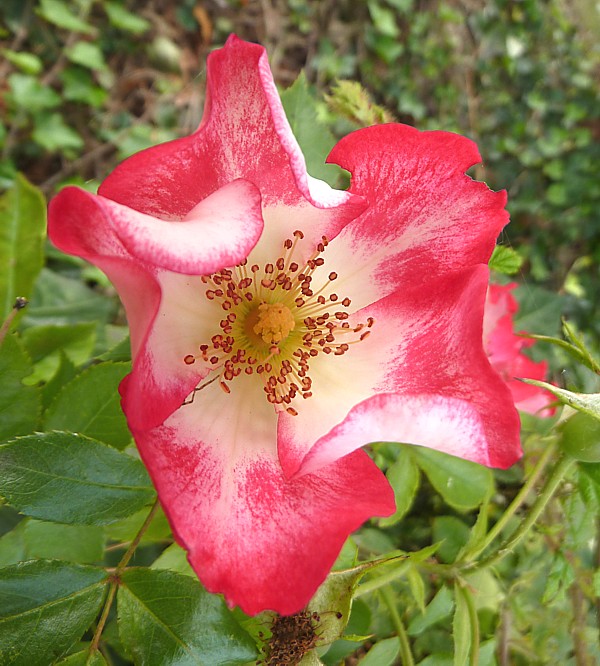 We ended up at Dobbies Garden Centre, where the loos are remarkable for their inventive porcelain. Here is one of the wash basins in the ladies, and the men said the facilities in the Gents were just as entertaining. 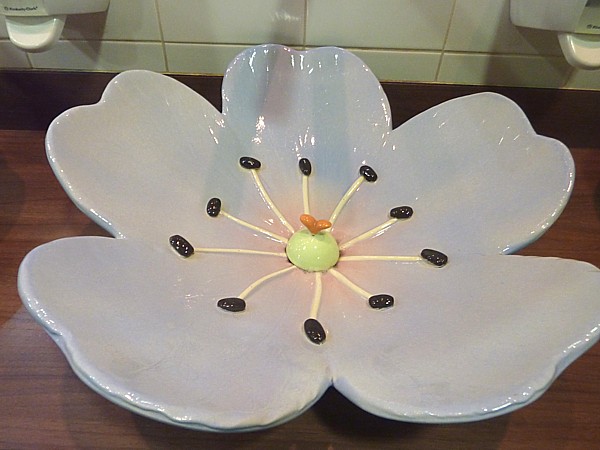