Five MNA members met at James Street, we were joined by three more at Chester station, and when we arrived at the Delamere Visitors’ Centre car park, eight members of the Liverpool Botanical Society (LBS) were waiting for us. They do their programme later than we do, and they had chosen it as a joint meeting.  It was a sunny day, not too hot and with a gentle breeze, and the enormous dragonfly wood carving in the car park added to the promise of many dragonflies today. 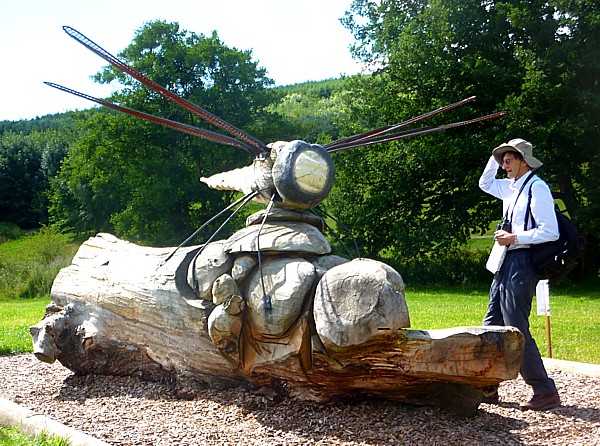 But it was butterflies that caught our attention first, with a Large Whites and a Gatekeeper near the start, then a Holly Blue, which flew from some nettles to the path. A Ranger’s 4WD vehicle came by just then and we stopped it until we had shooed the Holly Blue out of its way. 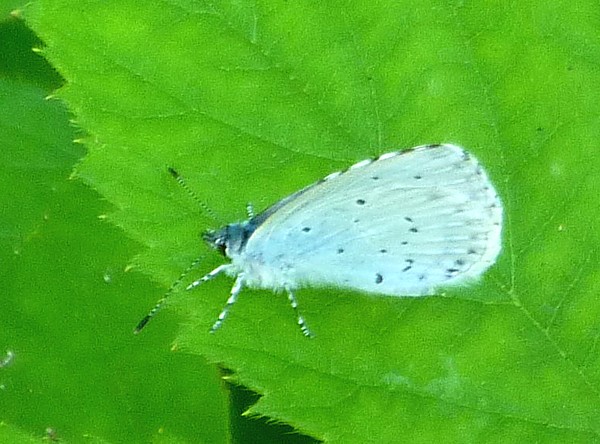 Near the Black Lake there was a large patch of Burdock, which was alive with butterflies. Several Peacocks and Whites, a Comma, two Brimstone and a Green-veined White. 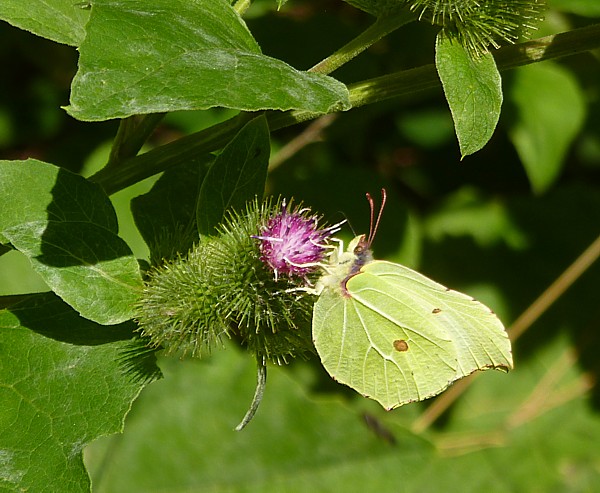 There was a colony of mining bees of the genus Andrena on a south-facing sandy bank. 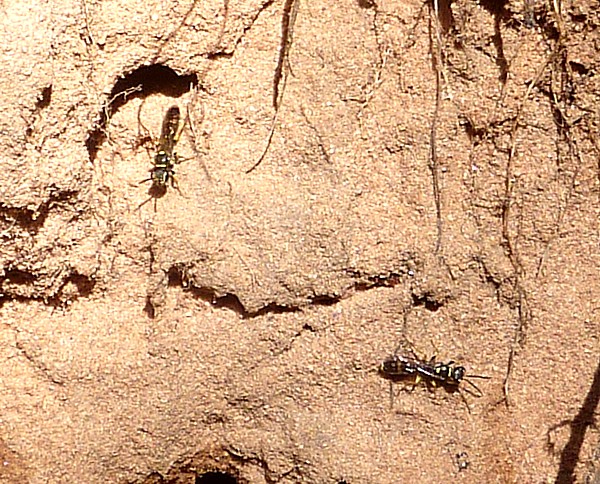 We stopped near some mixed pine and deciduous trees to listen to the birdsong. We heard Blackcap, Chaffinch and Nuthatch, then a small flock of Crossbills going over. Delamere is a good spot for them. Other birds spotted during the day included Blue Tit, Long-tailed Tit, Coal Tit, Treecreeper, three Jays, and a House Martin. Near the Black Lake some of us spotted Crossbills on the far side, and at Blakemere there were Canada Geese, Black-headed Gulls, Lapwings and a Moorhen. 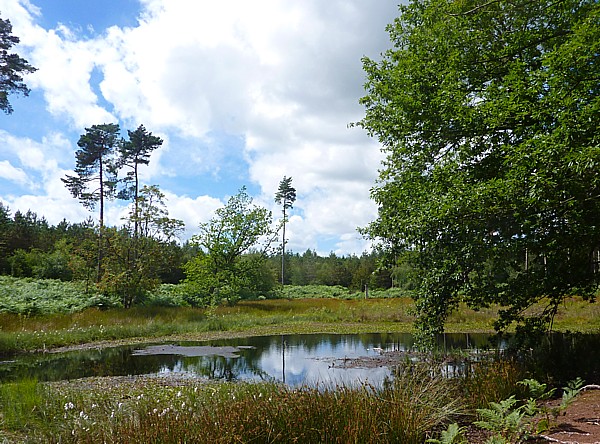 The Black Lake is a glacial kettlehole, with a warning sign that it is 5m (15 feet) deep. Much of the surface is covered by a floating mat of vegetation. We lunched there, watching the dragonflies and damselflies. There were mating pairs of Black Darters, with black males and orange females, ovipositing near the edge of the rushes.  Emperor Dragonfly, Brown Hawker, Migrant Hawker and some saw a Southern Hawker earlier, over a stream by the side of the path. Damselflies included Common Blue, Blue-tailed and Emerald, pictured below. 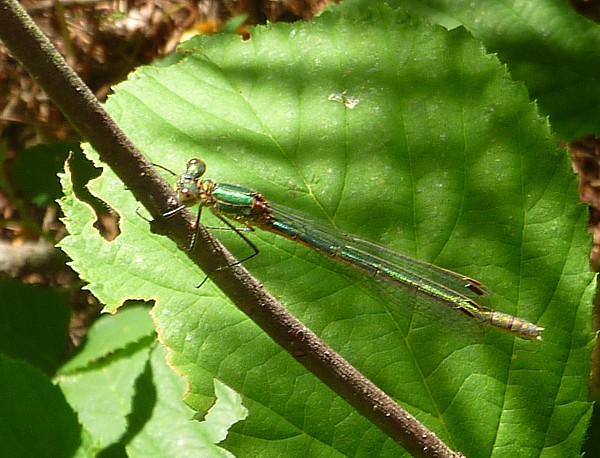 Joyce Jarvis of the LBS was investigating the undersides of the leaves of a Pedunculate Oak on the lakeside. She found several spiky white objects which she first thought were galls. Then she noticed each one was accompanied by a tiny beige spider. The spiders seemed to be obsessed with the spiky objects, and we guessed that they must have been their egg-cases. The picture below shows the only spider we found with two treasures, all the others had just one. The spider is 2-3 mm across while the larger of the two objects is 4-5 mm to the tip of the topmost spike. 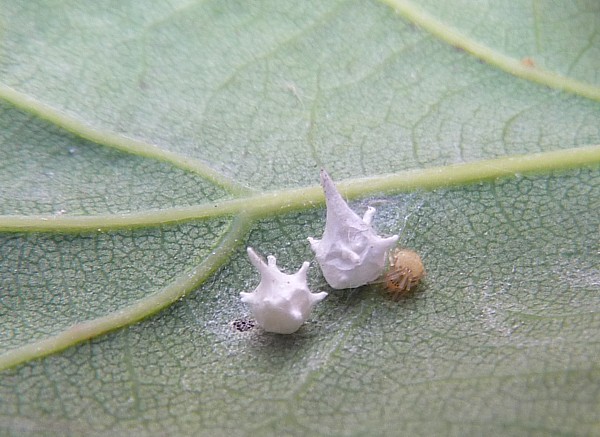 [Added 17th August.  It appears to be a comb-footed spider with the Latin name Theridion pallens. Here are some pictures from the Encyclopaedia of Life (EOL) and here is the entry for the genus Theridion at the National Biodiversity Network (NBN).] 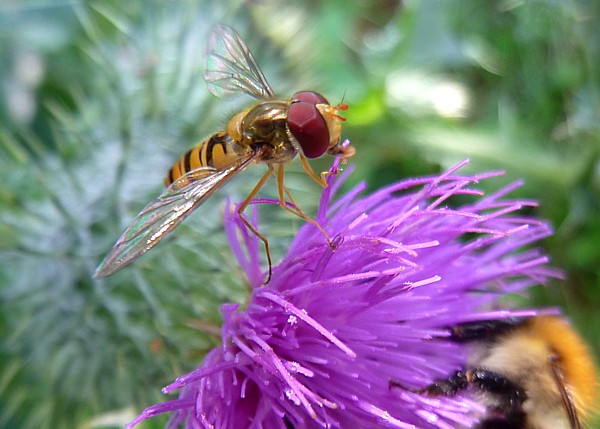 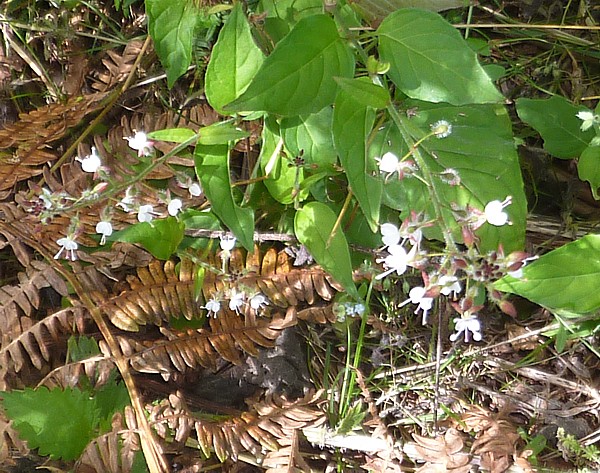 People were enjoying other outdoor pursuits in the Forest. We watched people using the nets and zipwires at the GoApe centre, but were dismayed to discover it was £30 a go! Others were zooming along the paths on Segways. 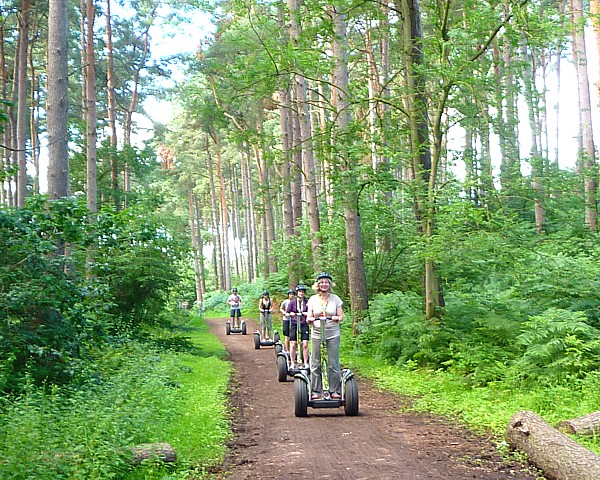 We didn’t get back to the station in time for the 3.30 train, but that meant we had time for an ice cream before the next one at 4.30. 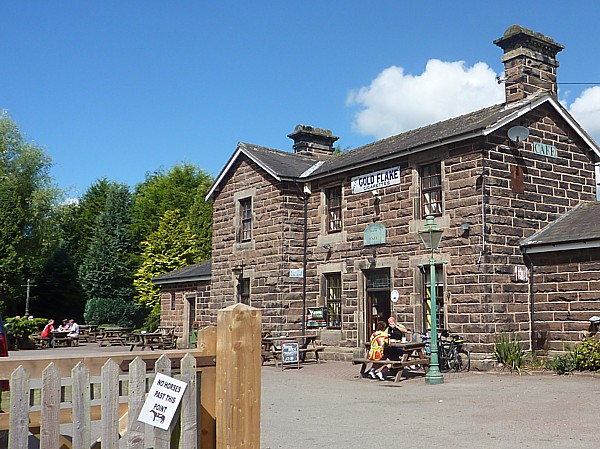 Readers interested in the wildlife of the North-west of England and who would like to join the walks and coach trips run by the Merseyside Naturalists’ Association, should see the main MNA website for details of our programme and how to join us.