On a cloudy day with a threat of showers we took the 437 West Kirby bus to Bidston, arriving at  Upton Road / Boundary Road by 10.30, then setting off along the footpath called King George’s Way, which climbs through a small woodland. 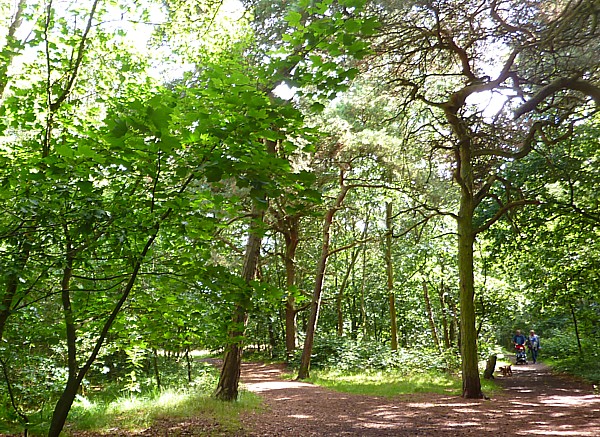 Frustratingly, in a clearing we could hear a bird of prey although we couldn’t see it, but when we broke out into the open gorse and sandstone, there it was, a Buzzard right over our heads.
There has been some strategic clearing of the taller trees, so that there are splendid viewpoints. Once, there must have been views in all directions. The trig point is marked with angles and distances to an enormous number of other high points, including Snaefell on the Isle of Man, 83 miles away. At one spot you can see the Liverpool waterfront in one direction and Anglesey the other way, but the gap in the trees isn’t quite wide enough to see two lighthouses at the same time, Leasowe and Point of Air. 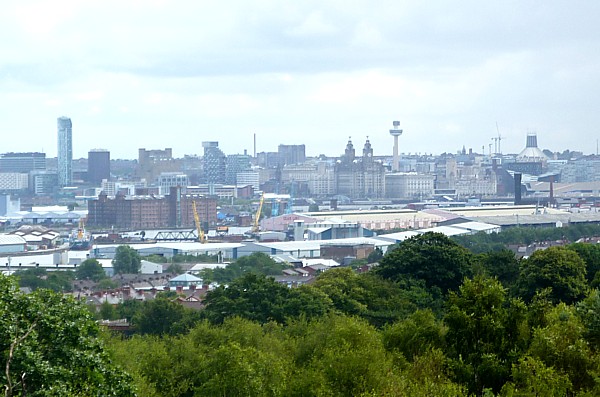 After taking shelter under some trees from a heavy shower we passed the Observatory, went around the hill and came back up to the Windmill. 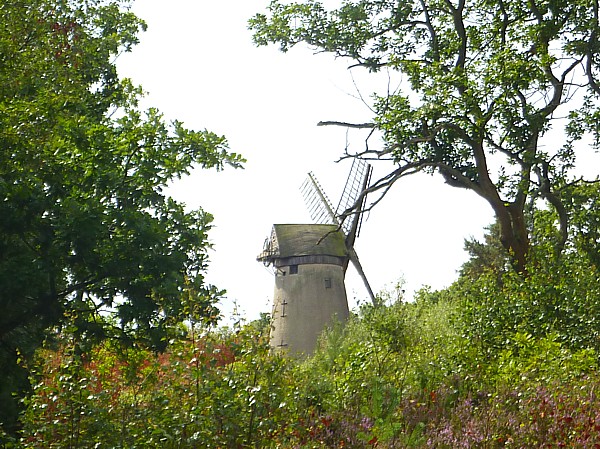 There were still plenty of butterflies about. We saw a Speckled Wood, a Peacock, a Gatekeeper and a Small Copper. 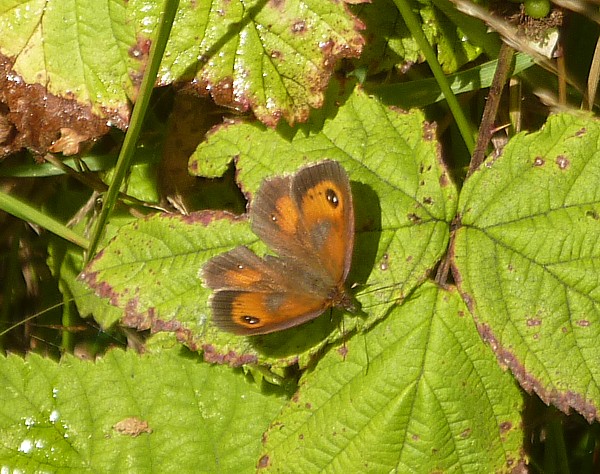 Several areas of Gorse had been burnt, but new growth was shooting out from below ground. 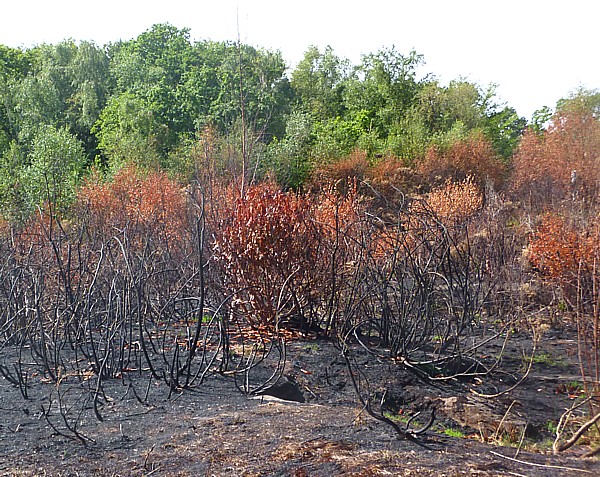 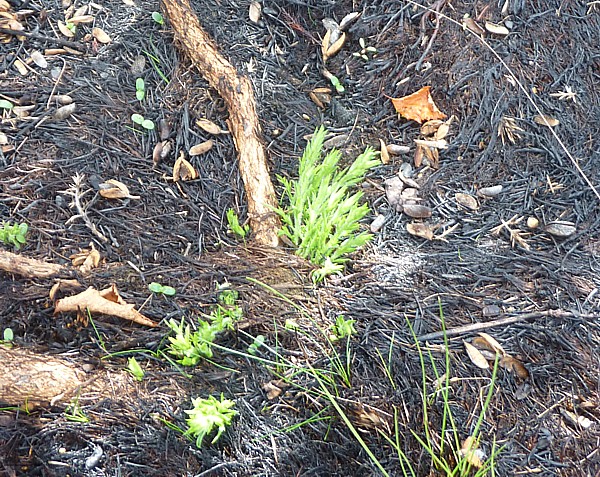 We went into Tam O’Shanter urban farm for lunch, where we bumped into our old friend Bob Hughes, who has an allotment nearby and who was taking two huge turnips and a cabbage to the farm.  He said he’d seen 20 species of butterfly on his allotment this year, most recently including Purple Hairstreak and White-letter Hairstreak.  After lunch he walked with us through Flaybrick Cemetery, pointing out some trees of note. A small Giant Redwood, a Red Oak and a Gingko. 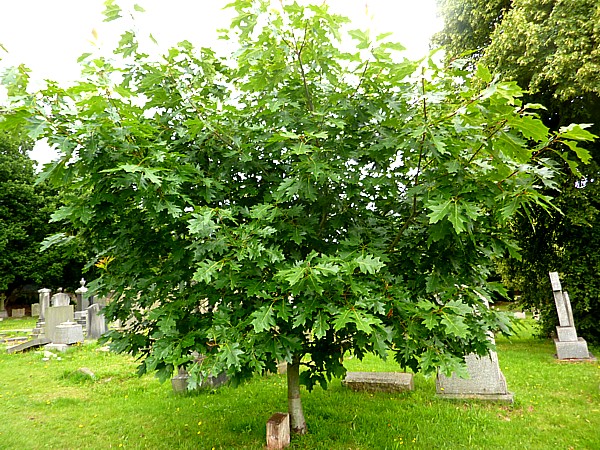 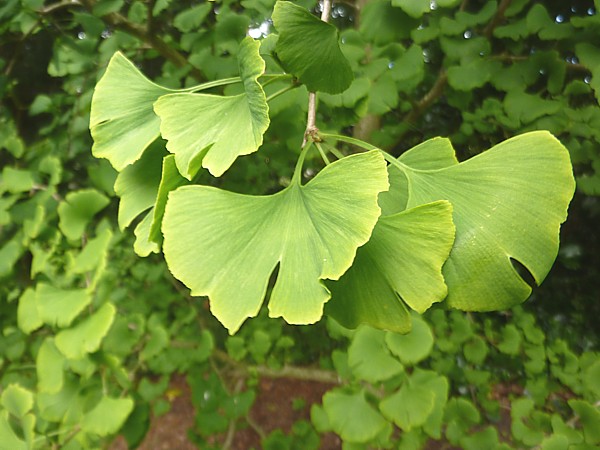 There are two magnificent Cut-leaved Beeches flanking the entrance. Bob told us a car had been burnt out under one of them, and where the tree was damaged it is re-growing with normal Beech leaves. So what makes the tree revert to “normal” leaves? A virus infection which was somehow cleared by the burning? Or did it mess up the genetics in just that area? 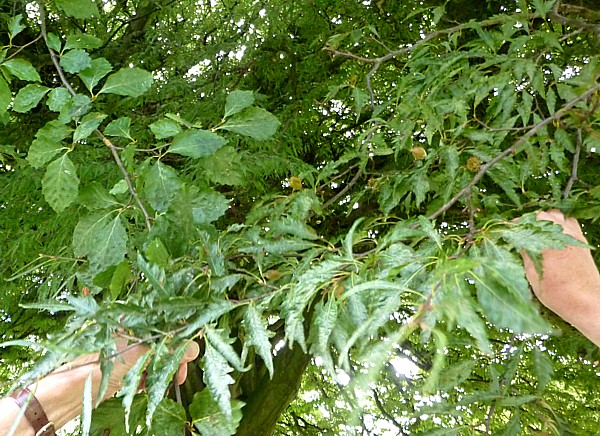 [Added 16th August: Collins Field Guide to the Trees of Britain by Alan Mitchell has the answer. It says “Where branches are cut or damaged, ordinary entire leaves will appear, with leaves of intermediate shapes, because the plant is a chimera with inner tissues of ordinary Beech overlaid by tissues of the Cut-leaf form. ]

Then we walked along to Birkenhead Park and admired the juxtaposition of clumps of Copper Beech and Weeping Willow in the parkland. 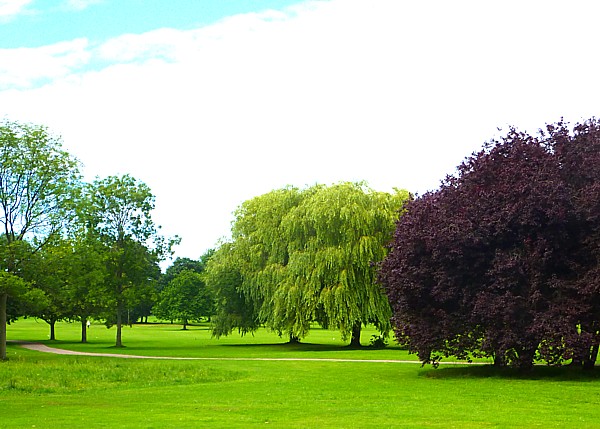 The Wirral Flower Show was in full swing, and we browsed the competition entries. Here is a wonderful plate of soft fruit, looking like a perfection of autumn bounty. Surprisingly, it only won second prize.  The winner was a plate of plums which didn’t look as pretty but must have tasted wonderful! 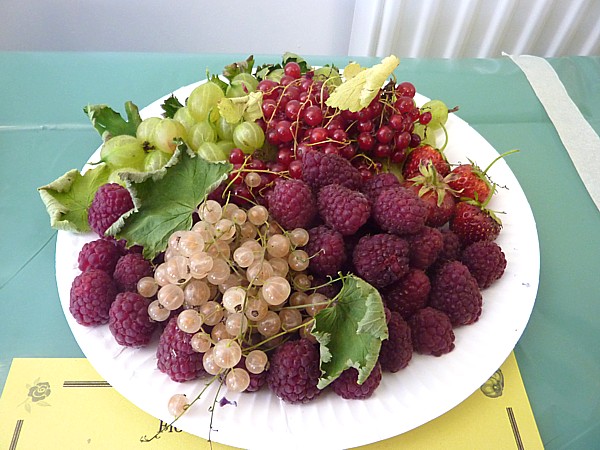