Another warm day, but overcast and humid, with the threat of thundery showers.  We took the 433 bus from Sir Thomas Street, and arrived in New Brighton at 10.45. 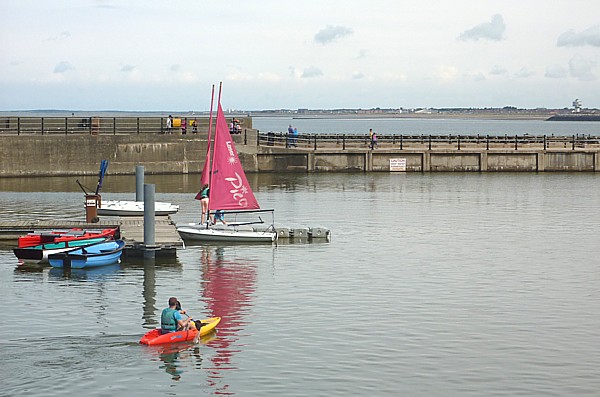 There was very little wildlife interest today. Around the Marine Lake there were lots of young Herring Gulls and plenty of pigeons enjoying the sunshine. As we walked west along the Prom (King’s Parade) we saw Herring, Black-headed and Lesser Black-backed gulls on the sand, and some House Martins coming down for mud from the sides of gullys. Were they building for a late brood? Further along there were dozens of Oystercatchers foraging, and later we saw two Terns over the river, probably Common Terns.  But we enjoyed the finely detailed model ships being put throught their paces by the Wallasey Model Boat Society at the Boating lake, and the 7 meter tall Pierrot sculpture on the roundabout near King’s Parade Gardens. 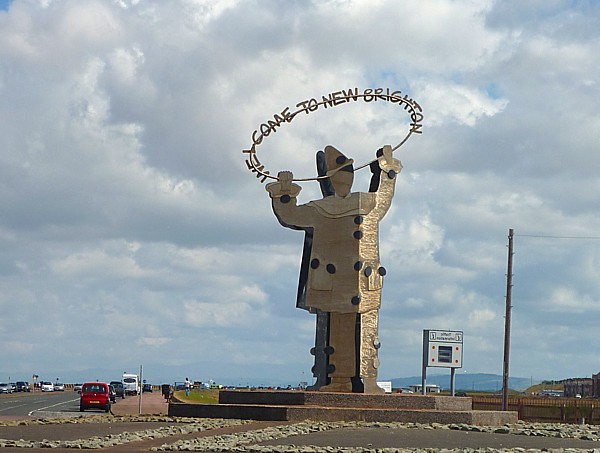 Lunch was on the seats against the prom wall. A brisk breeze heralded a short shower, but it was soon over.  The walkway here is always scattered with broken cockleshells. The clever Carrion Crows drop the cockles here to break them open, but we have never seen a gull doing it. Howard found a discarded fishing weight with a hook and strong spikes, which he gathered up and binned. 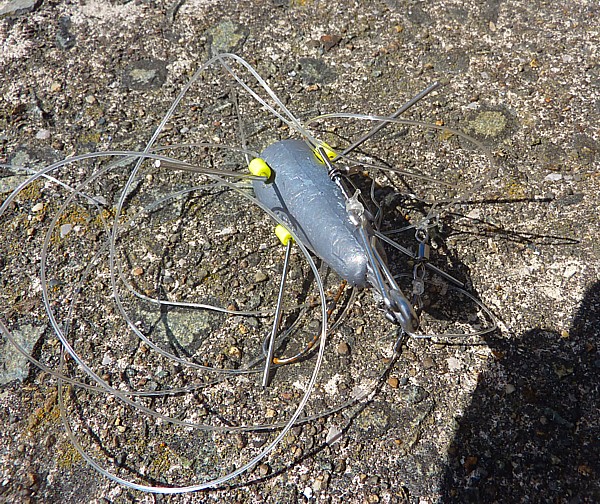 There was an open-top red bus giving free rides back along the prom from the Lifeguard Station to the Floral Pavilion. Outside the theatre the Co-op has put up its touring street gallery of photographs, showing examples of co-operation in their business and the natural world, which celebrated the UN International Year of Cooperatives. 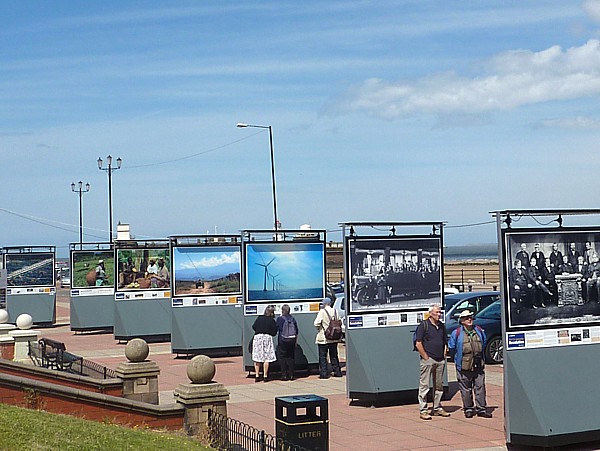 Then we loitered on the railings, watching the container ship MSC Sandra, bearing about 1000 containers, come in on the tide. Three tugs were manoevering her into Gladstone Dock. 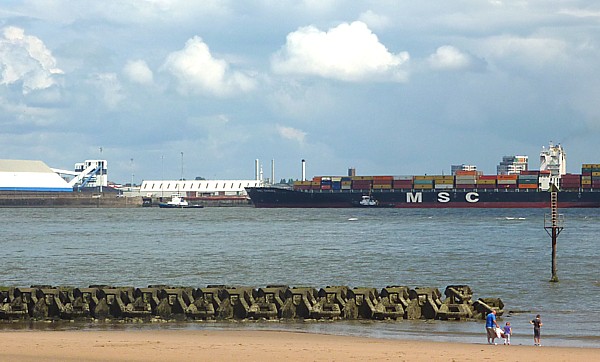 There was another brief shower as we headed for the 433 back to Liverpool at 2.15.