At last, a fine bright sunny day for a visit to Ness Gardens! As well as enjoying the fine collection of plants on display there was plenty wildlife to be seen. Growing broods of chicks were keeping the Blackbirds, Robins, Blue Tits and a Long-tailed Tit busy collecting juicy caterpillars.

At the main ponds a pair of Canada Geese were being protective parents of their three goslings, hissing at any visitor who approached to closely. The Coots were in an grumpy mood chasing each other round the pond. Single Large Red Damselfly Pyrrhosoma nymphula and Blue-tailed Damselfly Ischnura elegans were seen in the vegetation edging the pond along with a few Wolf Spiders Pardosa sp. and Ptychopteridae Flies which resemble a miniature Crane-fly with spotted wings. 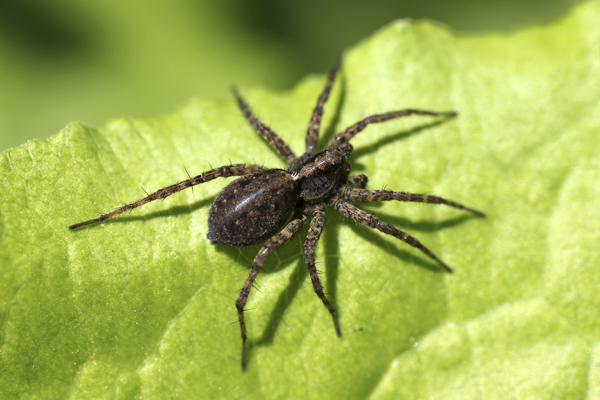 Mayflies were dancing in the air over the ponds and Water Boatmen Notonecta glauca were doing backstrokes in the Wave Garden. A Buzzard circled and mewed overhead. A bloke mentioned that Crossbills had been seen in the pines in the Rock Garden – a wedding was occurring there though so I couldn’t check these out.  A colony of Mining Bees were digging holes in the sandy soil close to the waterfall and a Tawny Mining Bee Andrena fulva was also seen.

The sun had brought out the Butterflies with Small White Pieris rapae, Orange Tip Anthocharis cardamines, Peacock Inachis io, Speckled Wood Pararge aegeria – a pair of which I watched circling out 10m into the air in their mating dance and Meadow Brown Maniola jurtina. A Parent Bug Elasmucha grisea was a nice find – named for the female’s habit of standing guard over her eggs and nymphs to protect them from parasites. 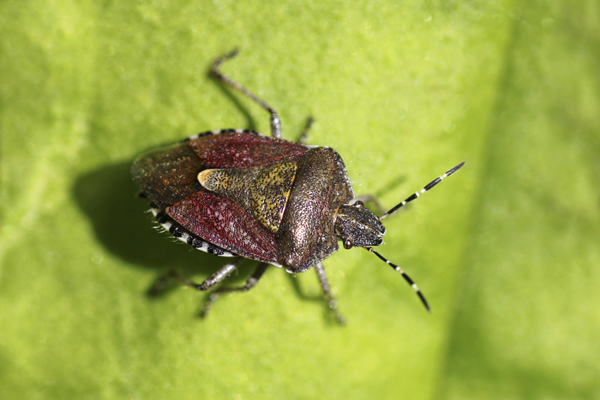 Various Flies were seen including a couple of Scorpion Flies Panorpa communis, a Dance Fly Empis tessellata – although Empid Flies are usually predatory on other Flies this one was taking nectar, Green Bottle Lucilla caesar and a mating pair of Yellow Dung Flies Scathophaga stercoraria. 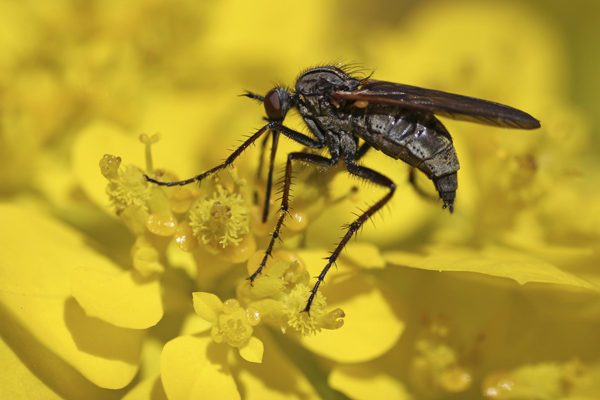 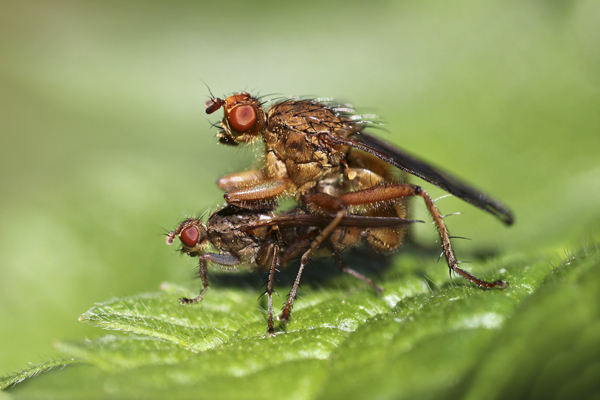 Various Bees were buzzing around collecting nectar, favouring flowers such as Common Comfrey Symphytum officinale including Honey Bees Apis mellifera and Common Carder Bee Bombus pascuorum. Plenty of Hoverflies with Heliophilus pendulus and Eristalis species being prevalent, including the Bumblebee Mimic Hoverfly Eristalis intricarius which often has a white tail and always has a yellow scutellum. 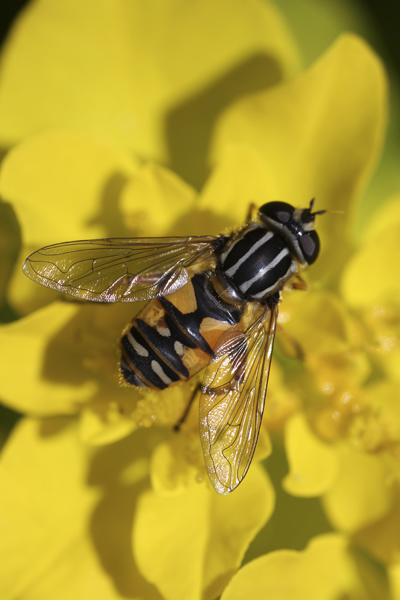 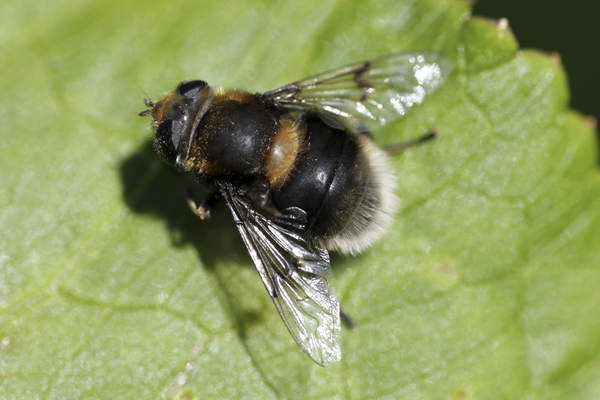 Whilst walking through a meadow area a bright scarlet red coloured Beetle flew in and landed on the stem of Ribwort Plantain. It was Pyrochroa serraticornis, a member of the Pyrochroidae Family whose adults and larvae are often predatory. It is similar in appearance to the Cardinal Beetle Pyrochroa coccinea but having a scarlet coloured head instead of the Cardinal’s black one. 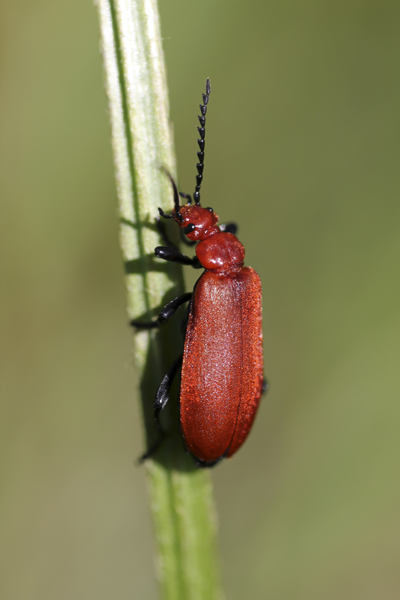 In the meadow I also found a female Green Dock Beetle Gastrophysa viridula and a couple of Spiders – Common Stretch Spider Tetragnatha extensa and a rather fine Nursery Web Spider Pisaura mirabilis. 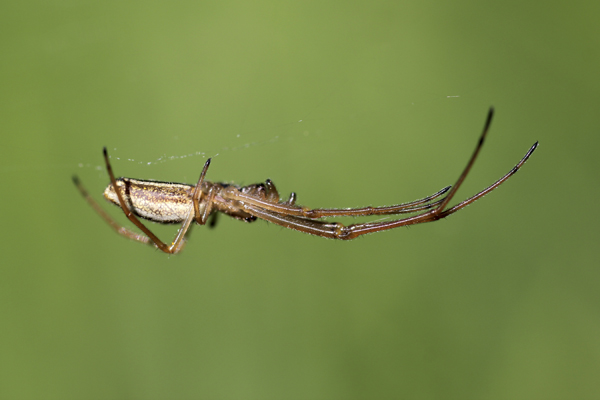 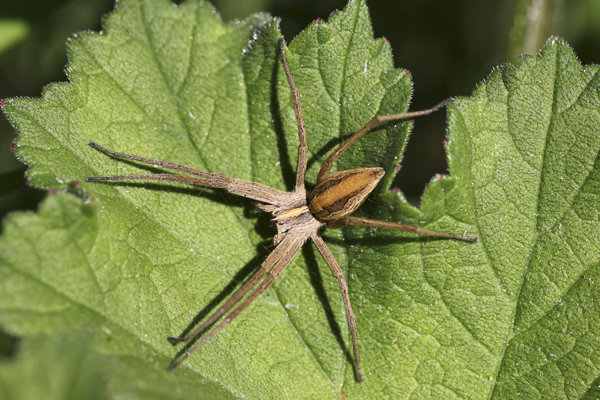 Lots of Crane-flies including Tipula vernalis – one of the identification features is the light line that runs down the back of the abdomen, which is unusual because most other British species have a dark line. 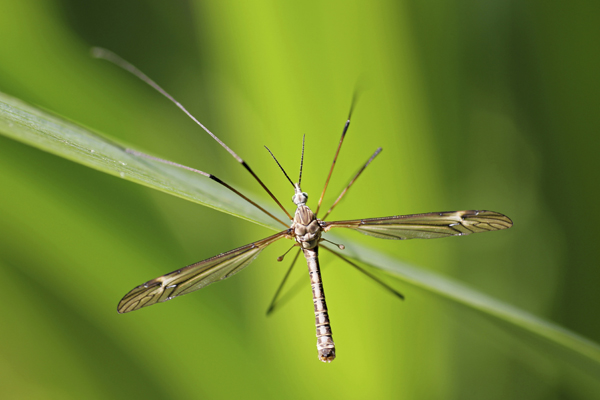 I also found a Common Earwig Forficula auricularia which was hiding in the leaves of a Nettle. 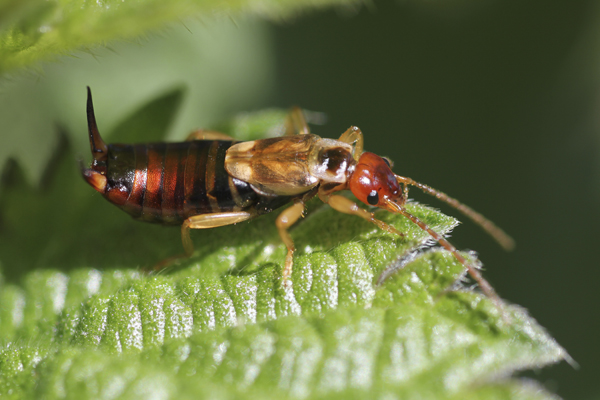 All in all a great day with fantastic plants and insects!