Down to the Albert Dock for the Battle of the Atlantic weekend. 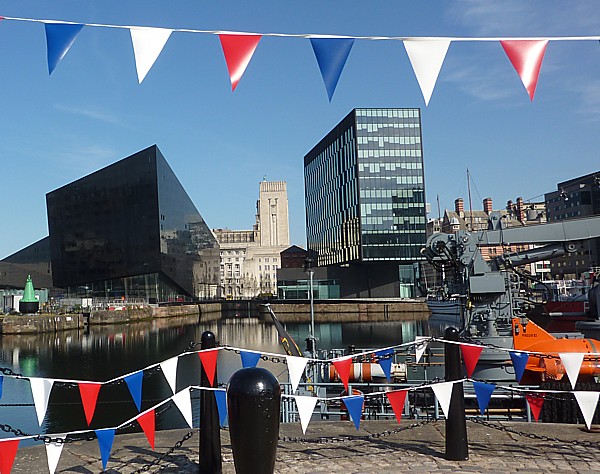 There was bunting, and crowds, and Russian sailors with their oversize caps, who were searching for somewhere to change their roubles. We spotted them later with souvenir bags from The Beatles Story, so they must have managed it. Princess Anne, who was in Liverpool for the weekend, staying on a Trinity House vessel moored at the cruise terminal, whizzed past us in a grey Range Rover, with police motorcycle outriders, on her way to the service in the Cathedral.

The Western Approaches underground control room was open, so we took the tour. My camera was playing up, so this one is by Chariot85, posted on Trip Advisor. 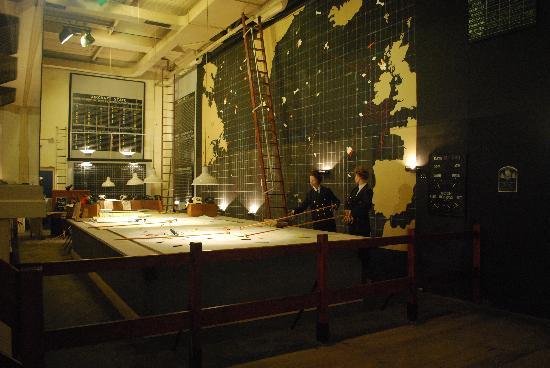 Following that underground experience we had lunch in St Nick’s churchyard and went into the church. The only interesting “wildlife” of the day was on the stained glass window of Our Lady and St Nicholas. At the lower left was a very strange creature, a sea monster with red scales, leathery purple wings, and seven crowned and horned heads. Was it meant to be the legendary Hydra, representing the perils of the sea? 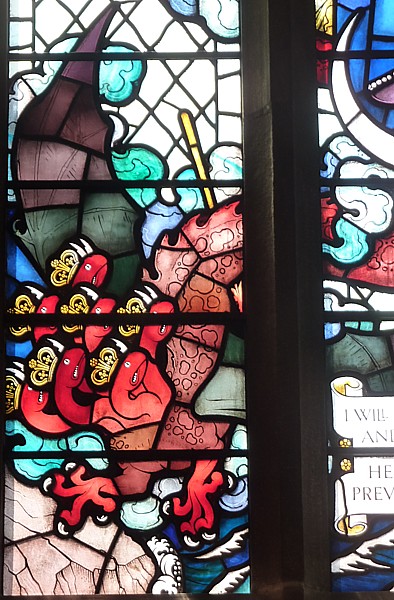 Enquiring in the Maritime Museum about the One o’Clock Gun (see my post from Birkenhead Riverside on 5th May) I was directed outside to the Albert Dock quayside, behind the ticket desk.  It’s the 32-pounder described as “a relic of the Crimean War” (1854-1856) but the Royal Cipher on the barrel wasn’t “VR” (Victoria from 1837 onwards) and it didn’t look like “WR” (William IV 1830-1837). It seemed to be “GR” so it was cast during the reign of one of the Georges, definitely before 1830 and perhaps much earlier. (This picture is from Yo! Liverpool.) 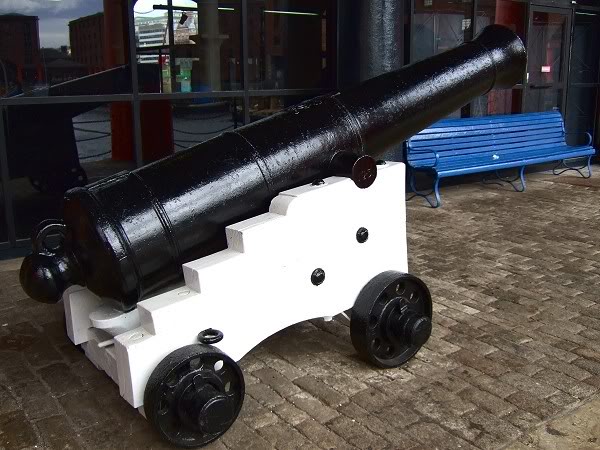 Then we went out onto the riverside to see the big event of the day, a mock attack by the Royal Navy on the tug Brocklebank (which is now owned by the Maritime Museum). It was a demonstration of how modern pirates are dealt with off Somalia. “Pirates” in inflatable boats took the tug, four Naval patrol boats and two landing craft approached, Marines were lowered from a Sea King helicopter and the Brocklebank was “re-taken”. All good fun.