It was an overcast and mild day, with hardly any wind, so the canal was calm and flat, and all the early wayside flowers were coming out. 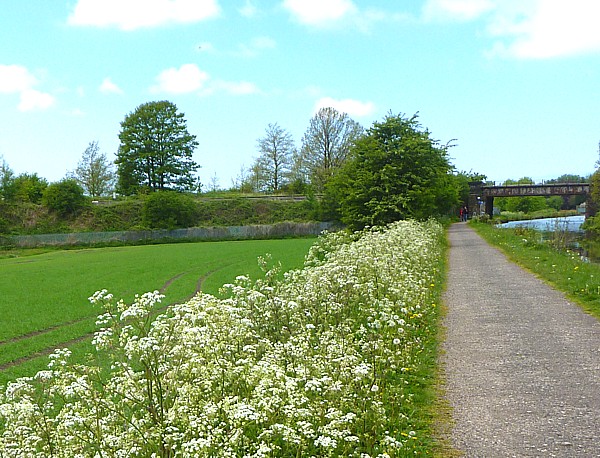 We met at Central Station at 10am, took the Ormskirk train at 10.10 and arrived at Old Roan at 10.28. The station has been adopted by the Old Roan Residents Association (pedant alert – no apostrophe) and we admired the flower tub by the entrance. 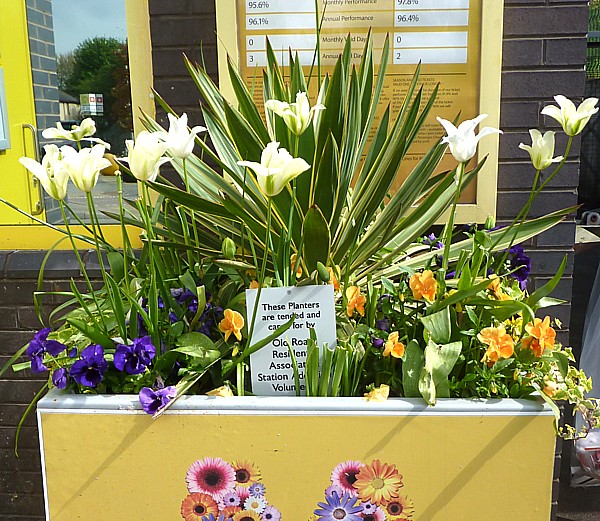 Then down Wally’s steps to the canal. I diverted southwards a few yards to look again at the row of unidentified tall trees on the far side. There’s a picture of them with no leaves in my blog post of 14th April. They are probably hybrid Black Poplars because they have that “ace-of-spades” leaf shape, but when I looked at them on 6th May the leaves were coming out an amazing pinky-bronze colour. That gives them an outside chance of being the rarer Balsam Poplar, but I have never noticed any characteristic sickly-sweet smell. 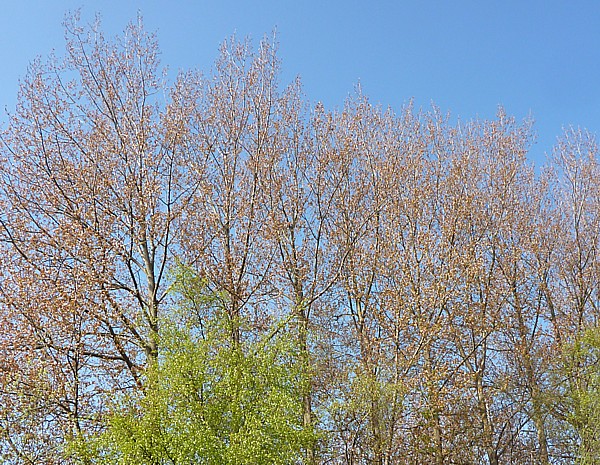 The day was full of wildflowers and baby birds.  The Hawthorn (May) is still not quite out. We saw just one spray of early blossom but most are still buds about to burst. 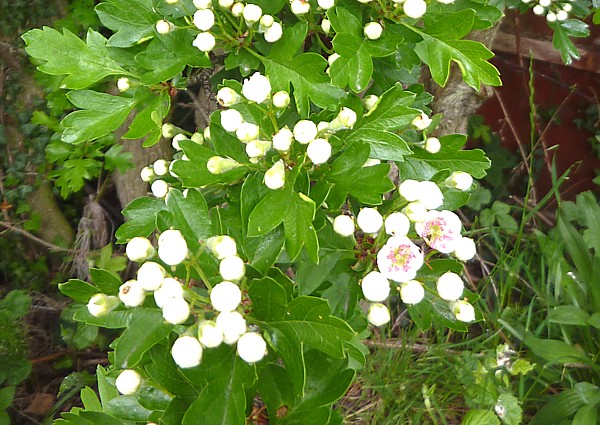 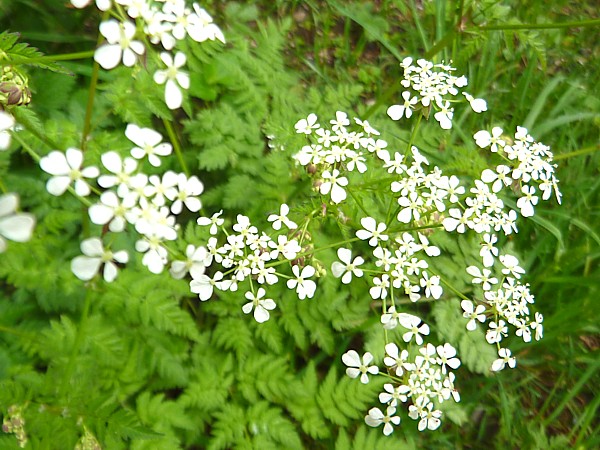 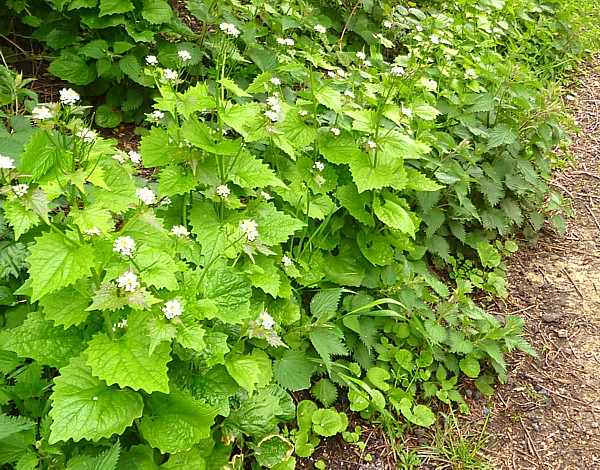 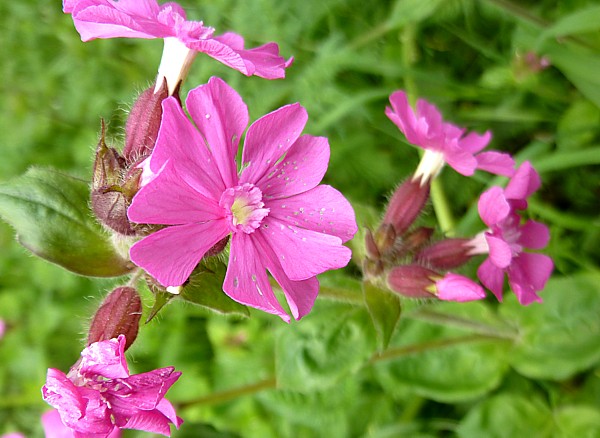 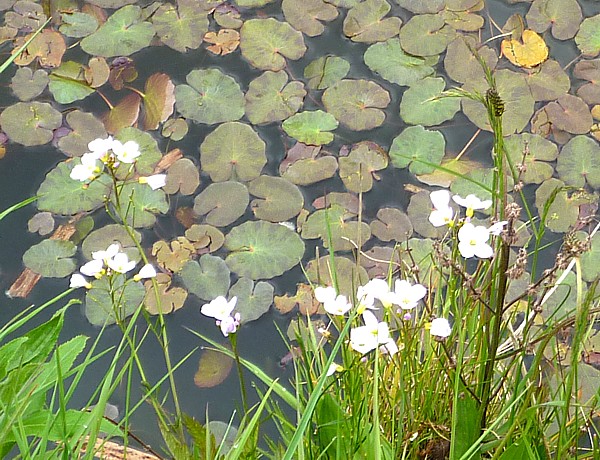 The water birds are all breeding too. We spotted a Moorhen’s nest in the nearside reeds with six eggs, and a Coot’s nest with some young birds around it. Baby Coots are quite possibly the ugliest  little birds there are, nothing like cute fluffy ducklings! 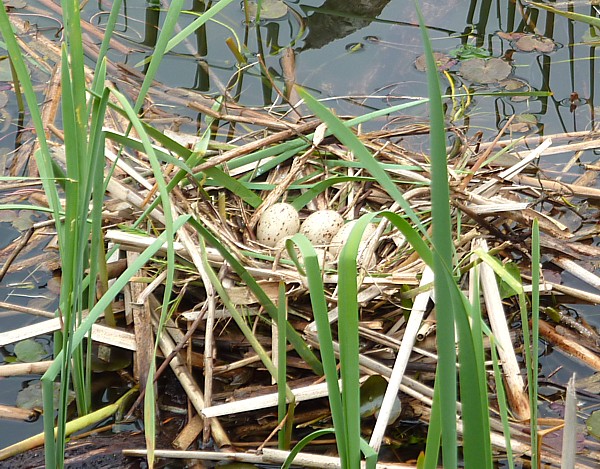 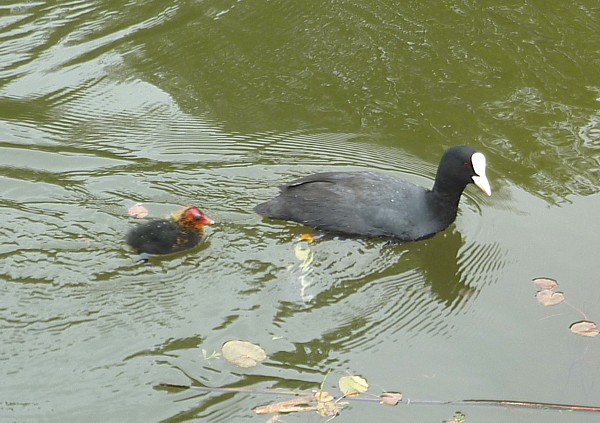 One nest on the far side had three young Coots plus one dead chick, sprawled in the water, half on and half off the nest. Another pair of Coots had nested on a piece of floating debris which had come to rest next to the towpath, where the parents were disturbed by every passer-by and had to swim out to the middle of the water, calling anxiously. Bill got out his collapsible walking stick and we pushed it off into mid stream. 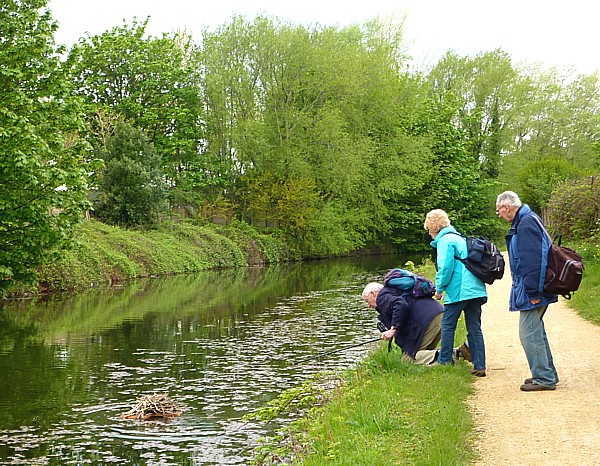 Other birds seen today were Mallards, Goldfinches, Magpies, several Herons flying ahead of us, a Kestrel and a Blackbird catching a worm.  From the Blue Anchor Bridge carrying Melling Road there was an excellent view over Aintree racecourse, and a bit further on we passed the racecourse’s famous Canal Turn. 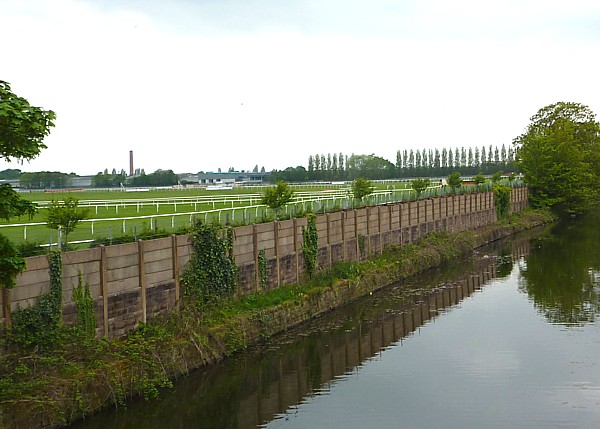 We had lunch near Handcock’s Swing Bridge, and soon afterwards we crossed the River Alt, which heads northwards from here to Hightown. 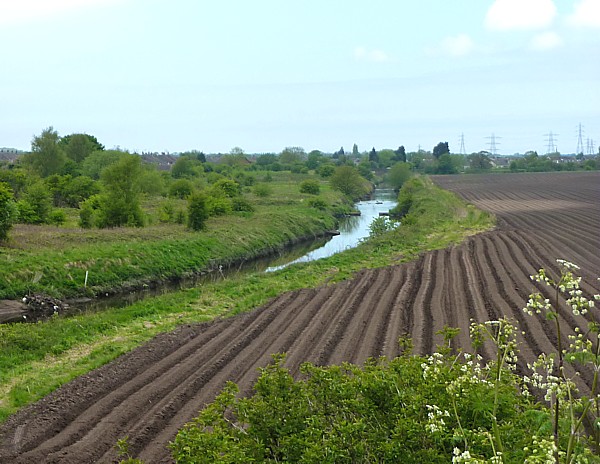 Near Melling Church we saw a single white butterfly. Then we walked into a swarm of St Mark’s Flies, which were blundering about with dangling legs. They are named for St Mark’s Day on 25th April, and fly for about a week, although they don’t seem to keep to the ecclesiastical calendar. In 2010 the MNA saw them at Leasowe on 5th May, so they seem to be about two weeks late this year. Along the same stretch a fisherman told us he might catch Tench, Bream, Perch, Rudd, Carp, Pike or Eels, but they are hard to catch at this time of the year because they are all spawning and not taking bait. That’s an impressive list of clean-water fish. 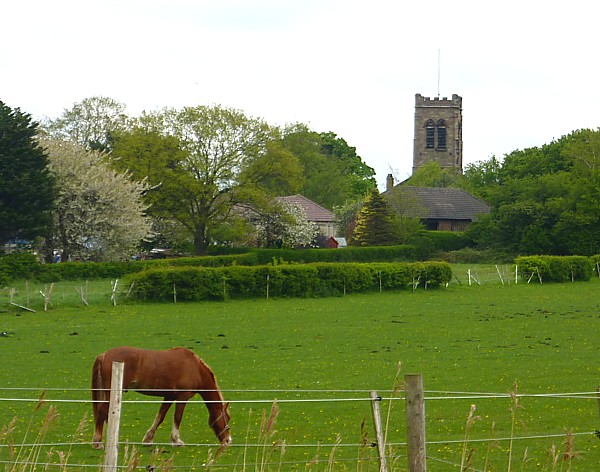 Melling Stone Bridge is one of the original 18th century canal bridges, and has a excellent set of rope marks, made by the friction of tow ropes on the sandstone for over 100 years.  It looks like it was repaired at least once, then worn down again. 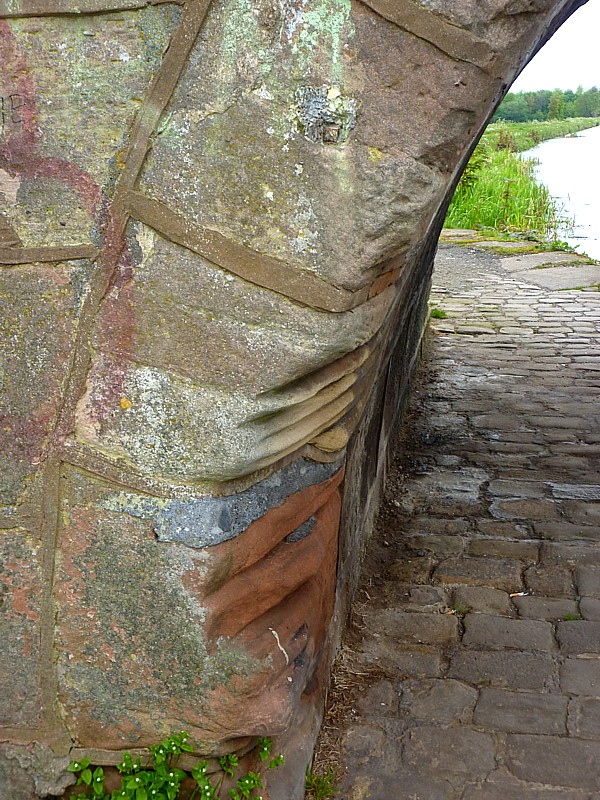 As well as the young coot we saw dead by its nest when we started out, we saw three other dead black and white birds floating in the canal at intervals during the day, which may also have been young Coots. They can’t have died of Pike predation because they would have been pulled down and eaten. Some poison?  Or vandalism? This last one is well-feathered, so looks like an adult bird.

We got to Maghull in time for the 2.30 train back to Liverpool, having walked three and a half miles, which is pretty good for us!