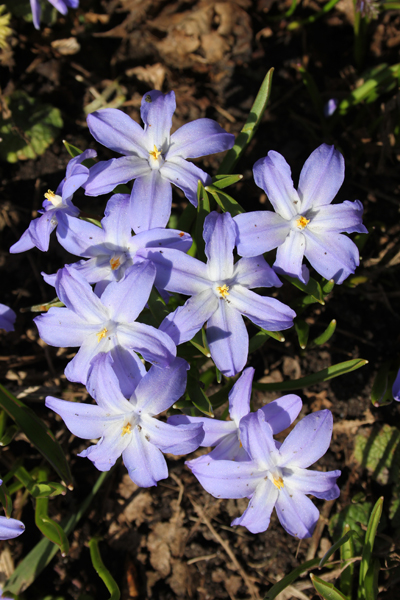 Boisser’s Glory Of The Snow

A dozen MNA members met at Lime St, catching the train to Newton-le-Willows then the 34 Arriva bus to Pennington Flash. A colourful show of spring flowers greeted us at the entrance to the Country Park with cultivars of Striped Squill Puschkinia libanotica, Boisser’s Glory Of The Snow Chionodoxa luciliae and Blue Anemone Anemone apennina and further along Lesser Celandine Ranunculus ficaria.

Keeping up with the many recent taxonomic name changes is always challenging. Luckily Pat Lockwood has let us know that Lesser Celandine is now Ficaria verna and Glory of the Snow is now Scilla luciliae. Thanks Pat! 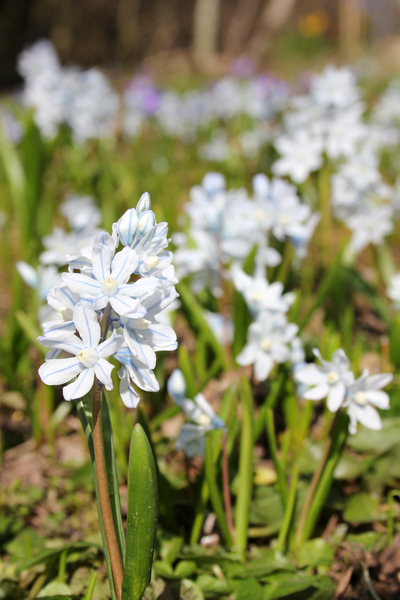 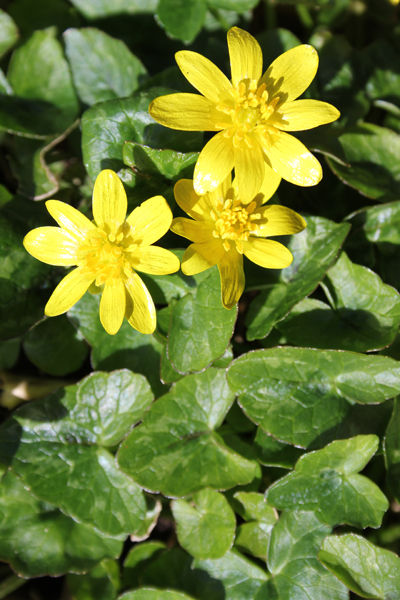 Plenty of birdsong from the resident Blackbirds, Wrens and Robins along with the newly arrived migrants – Blackcap, Chiffchaff and Willow Warbler. Around at the main car park beside the flash I noted the blue darvic leg ring numbers on a handful of the 22 Mute Swans that were vying for bread handouts from the visitors. Sightings of AU6, AX6, CD6, HZ4, LJ4, XB4 and XZ6 will be forwarded to Wes Halton of the North West Swan Study.

We met up with those members travelling by car, doing the small circuit around the hides before lunch. From Horrock’s Hide a dozen Cormorants were standing together in watchful sentinel pose at the back of the spit, a few Lapwing were displaying and a group of Magpies were hanging around – up to no good no doubt. Black-headed Gulls were joined by a dozen Lesser Black-backed Gulls and lone Common and Greater Black-backed Gull. From New Hide we watched a few Gadwall, Coot, Moorhen, Shelduck and a female Goosander. From Teal Hide we noted another female Goosander, Teal, Shoveler, Grey Herons, more displaying Lapwings and Sid Duff spotted a couple of Oystercatchers hiding at the back of one of the shingle islands. A small party of Long-tailed Tits flew by the hide window and Red Admiral and Small Tortoiseshell Butterflies flitted around.

(Added by Barbara 26th April 2013, Chris Derri’s pictures of Gadwall in flight, Tufted Duck, LBB and BHG, and a female Teal.  Corrected 25th May on Chris Derri’s advice. It isn’t a Teal, it’s a female Pintail. ) 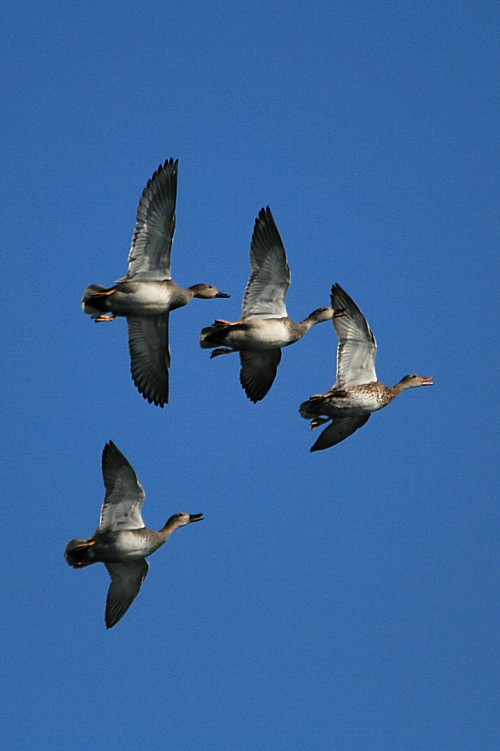 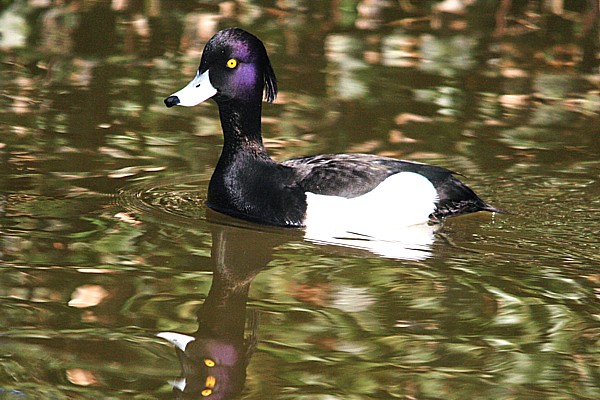 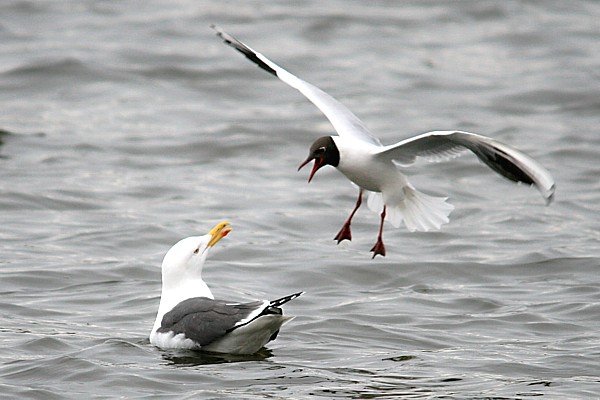 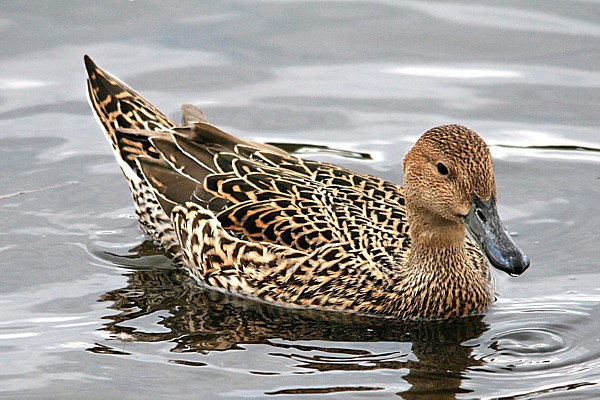 A Kestrel was noted near to Ramsdales Flash and there was plenty of frogspawn in the shallow reedy area of a pond before we reached Bunting Hide. The usual flurry of activity here with plenty of Bullfinch, Greenfinch, Chaffinch, Blue Tits, Great Tits, Robin, Dunnock, Reed Bunting, Stock Dove and a Grey Squirrel digging a hole to hide a nut it had taken from one of the feeding tables. Eileen Houghton had later seen a couple of Common Toads Bufo bufo in plexus and well camouflaged on the ground. 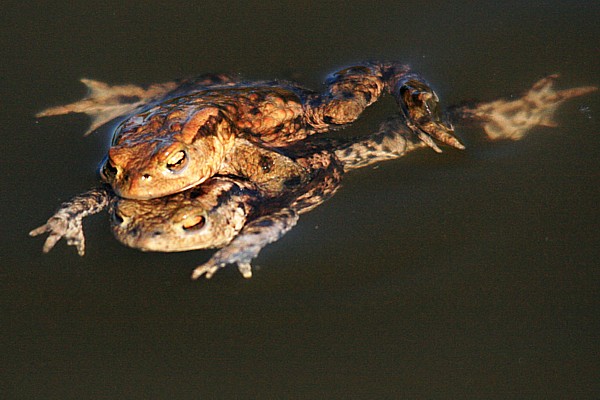 We ate lunch on the picnic tables whilst watching over a dozen Swallows along with a couple of Sand and House Martins sweeping overhead as they moved through. We caught up with Mike Barrow and Chris Derri who had spent the morning on the far side of the reserve ticking Cetti’s Warbler, female Pintail and Tree Pipit overhead. They had watched a colony of Mining Bees and had captured a klepto-parasitic Bee that was disturbing the colony in a tube for later identification.

[Added by Barbara 26th April 2013, Chris Derri’s pictures of an Early Mining Bee Andrena heamorrhoa and the “Cuckoo bee” which he has identified as Nomada flava) 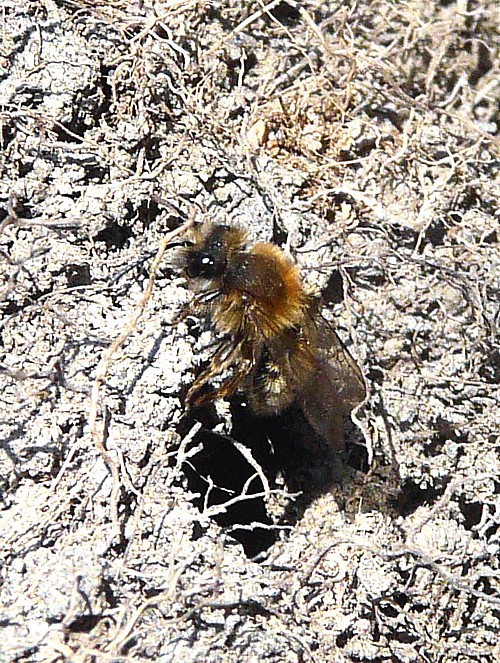 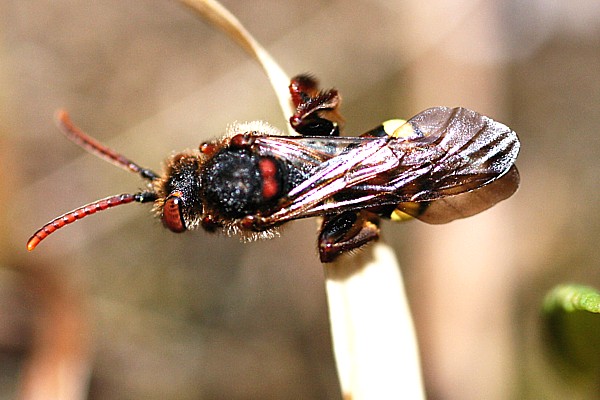 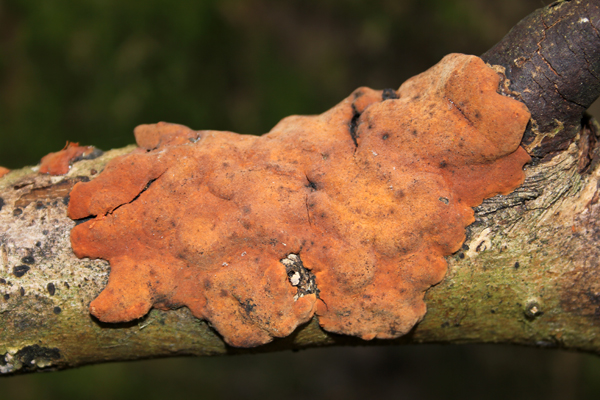 We wandered along to Ramsdale’s Hide where a couple of Redshank were standing on the islands and a pair of Jays flew by. We had a better view of the wildfowl from the viewing handrails further round the path – Goldeneye were mixed in with the Tufted Duck and there were plenty of Great Crested Grebes with a couple of birds indulging in their spring courtship routine with much head shaking and mirror posturing. Another female Goosander completed a circle before landing on the flash. Clumps of Coltsfoot Tussilago farfara were sprouting up everywhere on the rough field near Ramsdale’s, it is unusual because the heart-shaped leaves appear after the flowers. A female Sparrowhawk circled overhead, Skylarks took to the air singing their hearts out, small migratory parties of Meadow Pipits flew through and a Black-tailed Godwit flew over and landed on the spit. Alder trees along the flash shore had long male catkins and small red female flowers – that age to produce the familiar alder cones later in the year. 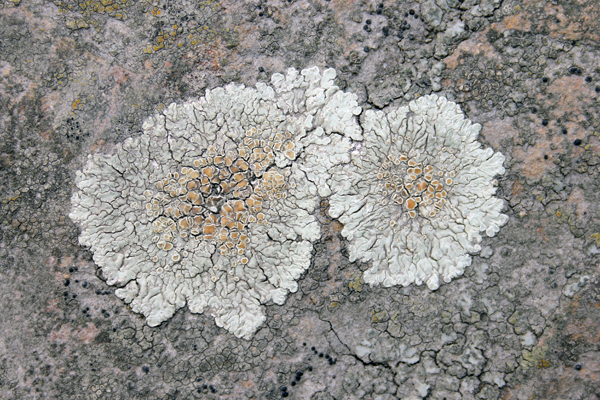 As I was noting the small patches of lichen – Xanthoria parietina and Squamarina cartilaginea on the blocks of limestone rock dotted around John Clegg asked is that an Osprey? A few members fixed our binoculars onto the Osprey as it was flying away from us. A flock of Redwing flew along the canal as we returned to the woodland. As we walked past New Hide a Raven croaked overhead whilst being harassed by a Carrion Crow. A final look from Bunting Hide was rewarded with views of a fine male Brambling munching seeds from one of the logs. The rain came down as we walked back towards the bus stop – Chris Butterworth pointed out a patch of Sweet Violets Viola odorata that I had earlier missed. The flowers had a sickly sweet fragrance and the sepals were blunt in appearance. A rather wet and bedraggled party returned to Liverpool with a good list of sightings. 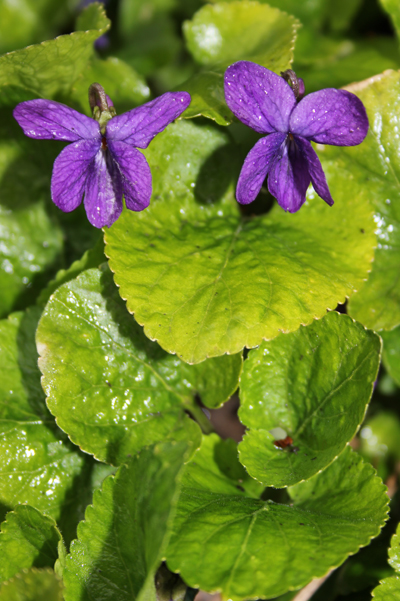 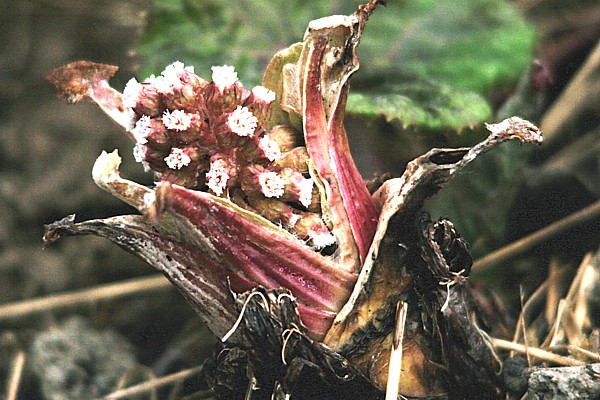