Had a trip over to Eastham CP on the Wirral on 9th October 2010. In between being nearly savaged by an old woman’s Dalmatians and listening to the dulcet tones of people screeching at their kids / dogs (delete as appropriate) I found quite a few interesting fungi and slime moulds.

Half a dozen Shaggy Parasol Mushrooms Macrolepiota rhacodes were at various stages of development. This large species is quite common and can be recognised by its scaly-looking cap and smooth unmarked stem. It is edible but must be cooked to remove toxins. 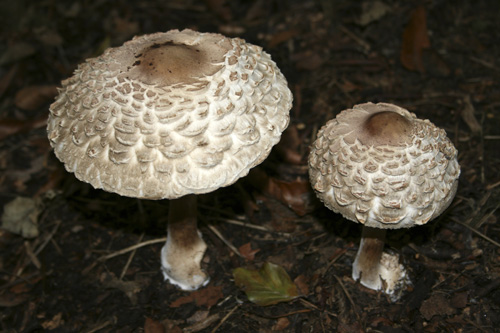 Masses of Sweet Chestnuts Castanea sativa littered the woodland floor which the ever present Grey Squirrels were busily collecting. 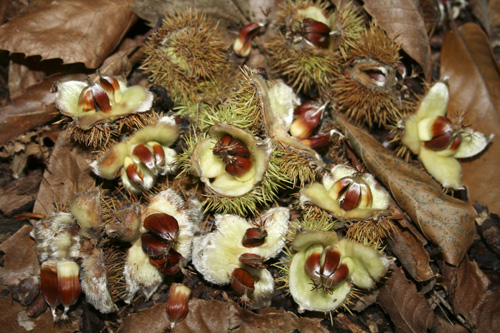 A whopper Common Earthball Scleroderma citrinum with hard scaly skin was growing on the soil at the base of a Beech tree. 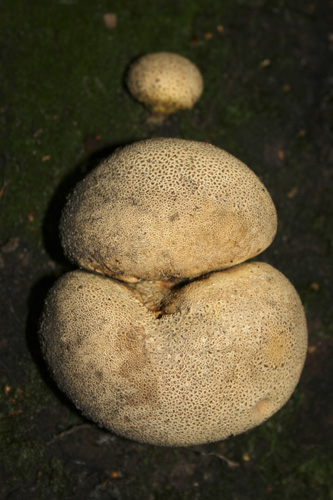 The elongated hard black clusters of Birch Woodwart Hypoxylon multiforme were growing on a dead branch. 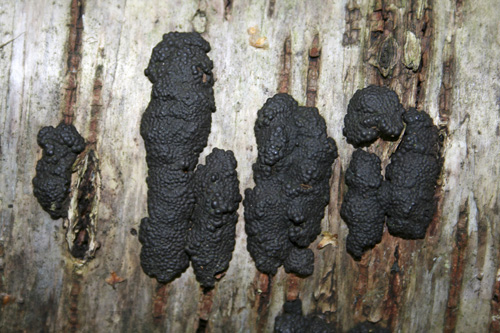 A few Stump Puffballs Lycoperdon pyriforme were growing on a mossy fallen log. Their latin name ‘pyriforme’ means pear-shaped and they have a much smoother appearance than the more usual Common Puffball Lycoperdon perlatum. 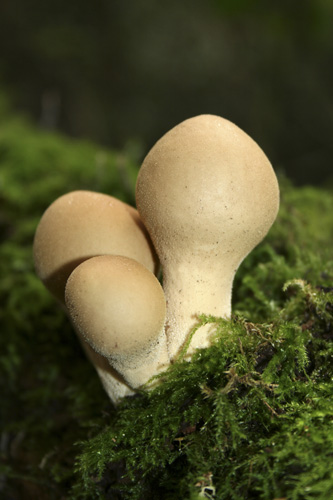 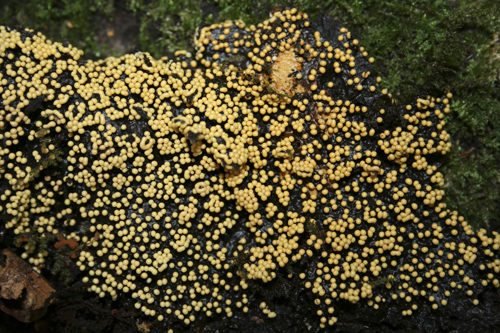 The second slime mould of the day was the salmon-pink spore mass of Arcyria incarnata. On close examination the capillitium have a mesh-like appearance. 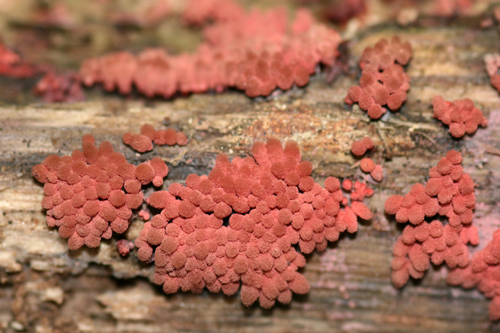