Posted on October 5, 2010 by Sabena Blackbird

I took monday afternoon off work on 4th October 2010 and headed over to Dibbinsdale LNR on the Wirral. The pounding rain of sunday meant squlechy conditions underfoot but rewards of new fungi finds for the season. A dead deciduous tree beside a stream had numerous tiers of a bracket fungi that was oozing a reddish coloured resin. These are probably Alder Bracket Inonotus radiatus 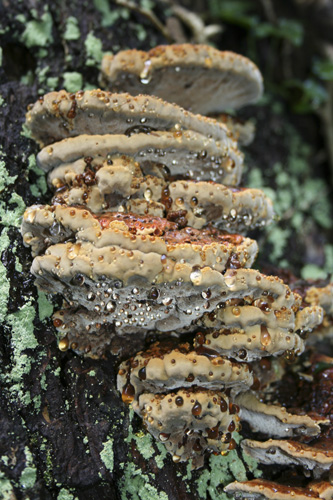 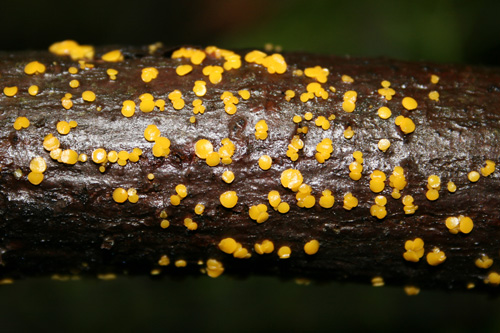 At the base of an oak tree were a couple of large clusters of rosettes belonging to the polypore Hen-of-the-Woods Grifola frondosa. This fungi will often reappear beneath the same tree in subsequent years. 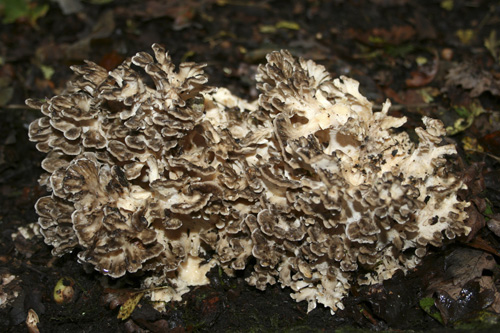 A fallen beech log held a group of Trooping Crumble Caps Coprinus disseminatus. These gregarious fungi are relatively common and have delicately pleated caps which gave rise to their old fashioned name of Fairy Bonnets. 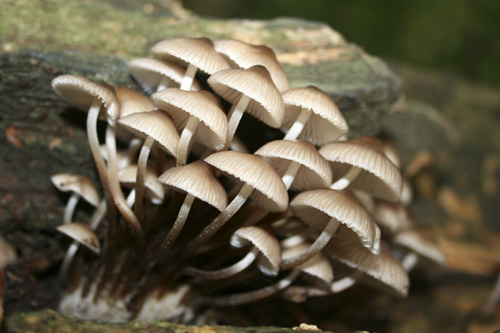 A good collection of King Alfred’s Cakes Daldinia concentrica were on a fallen tree trunk. These fresh grey growths will darken to the more usually observed black cramps balls. 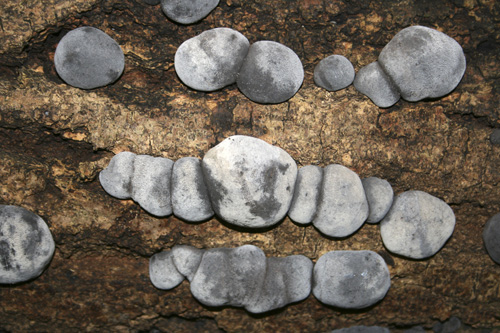 In the leaf litter under Oak trees were a few Laccaria laccata commonly known as The Deciever. They can be quite variable in colour especially when weathered but their broad gills and fibrous stem are useful ID characteristics. 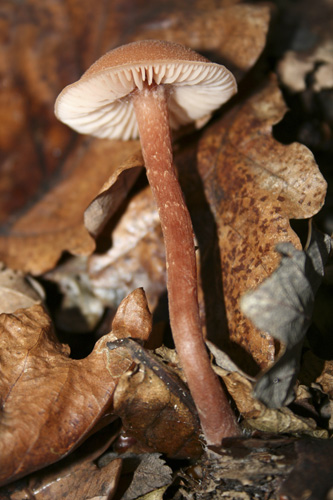