I walked round the area on Tuesday, in shirt sleeves. On Sunday it was two pullovers and a coat. We started in gale force winds so kept to the shelter of the woods.

We did not expect to find great numbers of fungi, particularly as the area is so dry. I understand that the water levels are the lowest since 1997. As a number of fungal species only grow in spring we did hope to collect some of the more uncommon ones.

Most of the finds in the Freshfield wood were crust fungi or tiny disc fungi under fallen wood and on dead branches. 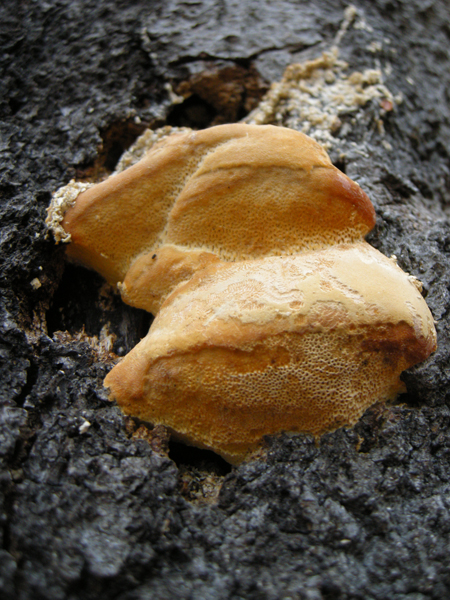 A very nice find of Hapalopilus nidulans (Cinnamon Bracket) was followed by the tiny Crepidotus epibryus (Oysterling) on some stacked branches. 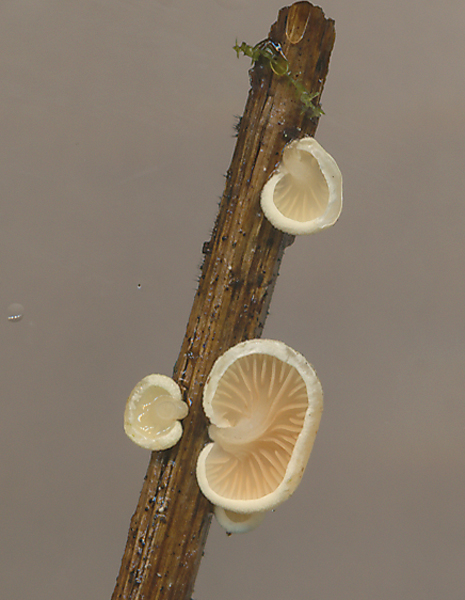 After a breezy lunch on the heath, it started to rain so we quickly made our way to some cover in the different habitat of the pinewoods of Ainsdale Sand Dunes Reserve. 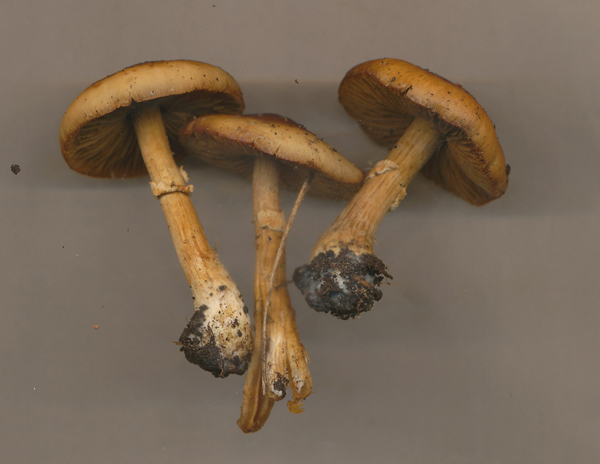 As the rain continued people started to drift home. It was on their way back to the station that a couple of forayers found Disciotis venosa (Bleach Cup). So they came all the way back in the rain to show us. A first for this species at Ainsdale. 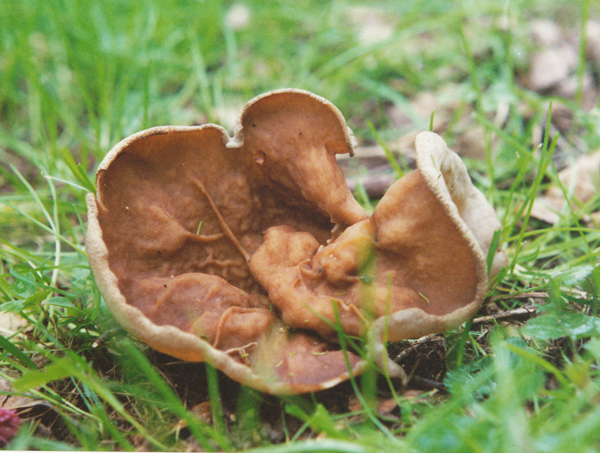 We recorded 54 species, including two new ones for Ainsdale. Not bad considering the weather conditions.