This morning was overcast and gloomy, with the forecast suggesting it might rain all morning but in fact it didn’t start until early afternoon. 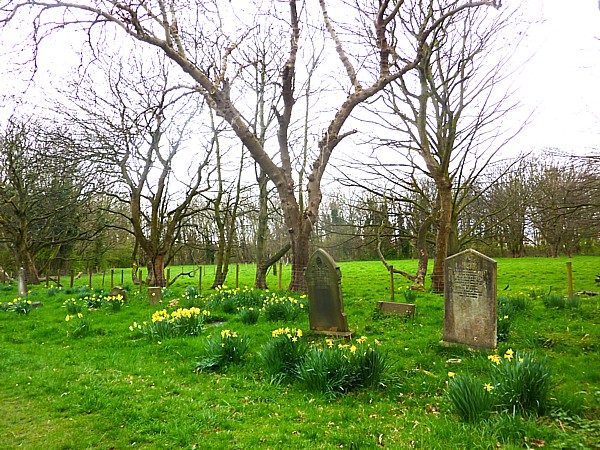 The rooster was crowing as we approached the farm down Rawcliffe Road, but since the staff were mucking out we decided to go around the Cemetery and nature trail first. The Daffodils were still flowering amongst the gravestones, the Hawthorn was starting to leaf and there was a Kestrel overhead. Around a corner we found these splendid cattle. 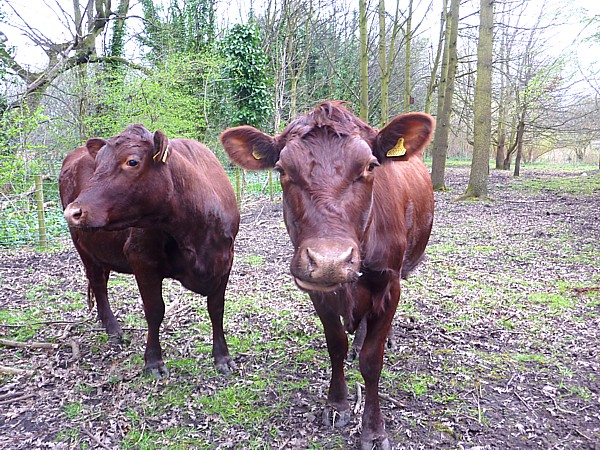 There weren’t many birds about in the woodland area, just a couple of Robins. Bluebells were just starting to flower. Along the side of the path were plenty of blooming Wood Anemones, but we guessed they were probably planted, because they were in discrete clumps, not carpeting the ground as they do in Ancient Woodland.

Some of the gravestones around the woodland path were marked (vandalised?) with blue paint, picking out the name, the date and the plot number. I wonder what that’s all about? 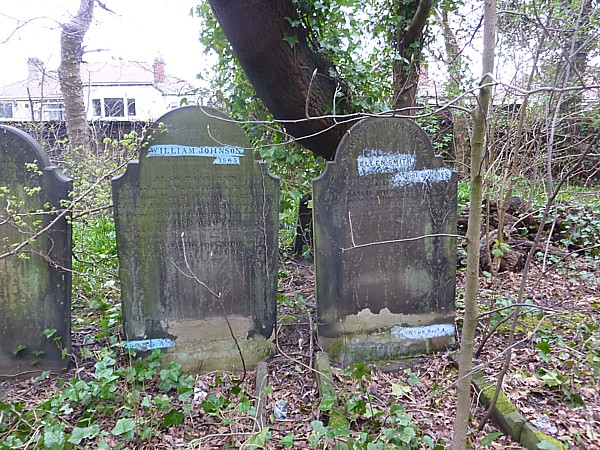 Lots of Dandelions have come into flower in the last few days, but they were all closed up this morning, as it was quite cold and blowy. The Wild Garlic was leafing profusely but there were no flowers out yet. We did spot quite a lot of Yellow Archangel, though. 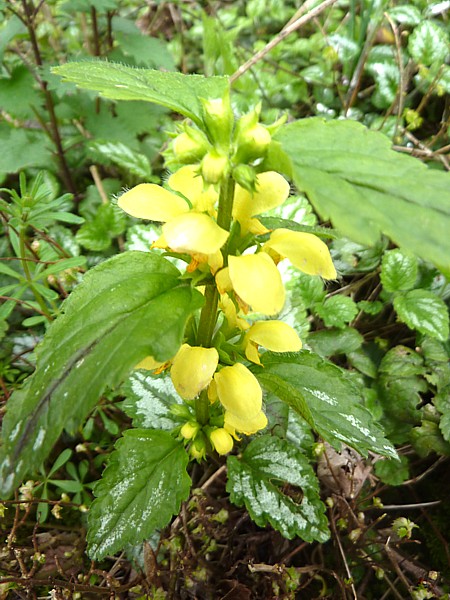 In a paddock there were two big brown donkeys. At least I think they were donkeys, not asses or mules. 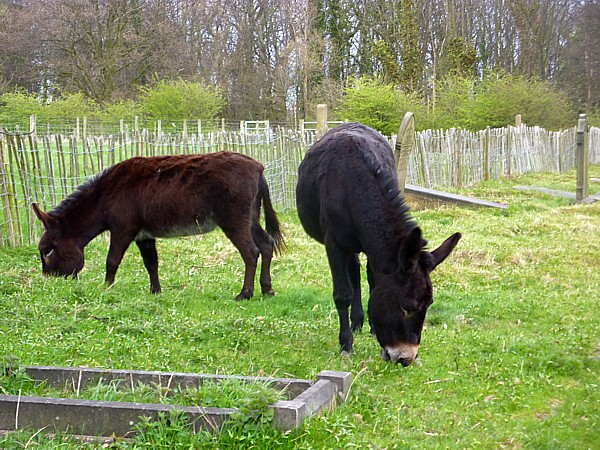 We lunched on the picnic tables by the farm, then looked at the animals in the farmyard. Their sheep are the rare breed Ryeland Sheep, and there have been nine lambs born so far this Spring. The youngest, just two days old, was under a heating lamp. 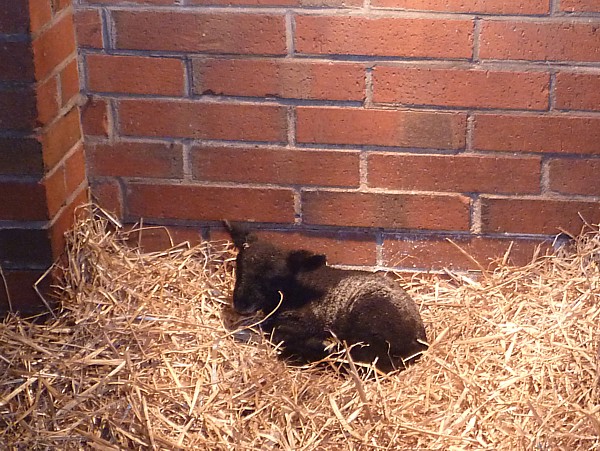 They keep domestic Geese and Ducks, and a great variety of Hens, which were scratching happily through the straw. The Rooster was a splendid fellow. 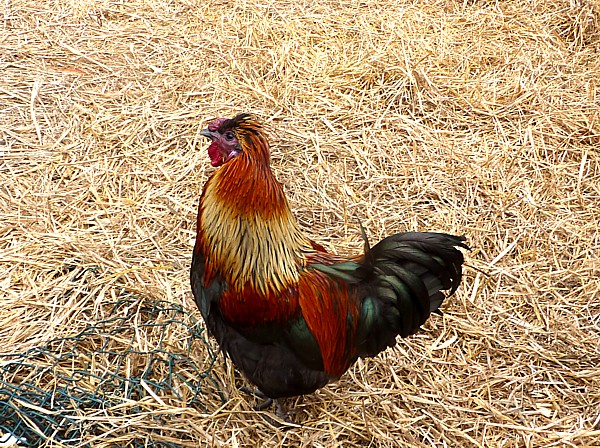 Several white doves looked out of the dovecot with a turf roof. 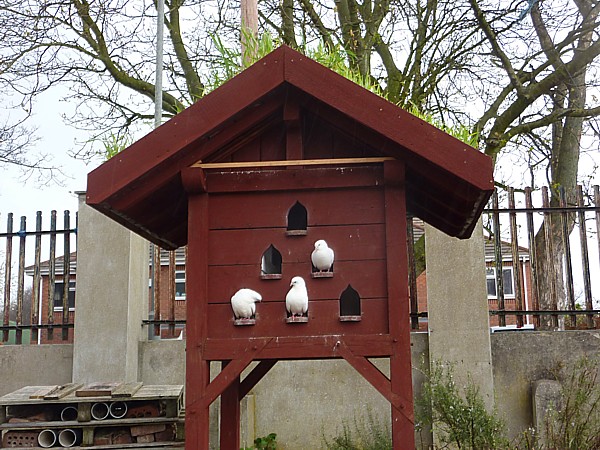 Then it started to rain so we headed back for the bus.  Some extra notes: John saw Swallows at Llangollen yesterday 11th April and I had my first Peacock butterfly on my patio on Easter Saturday 4th April. 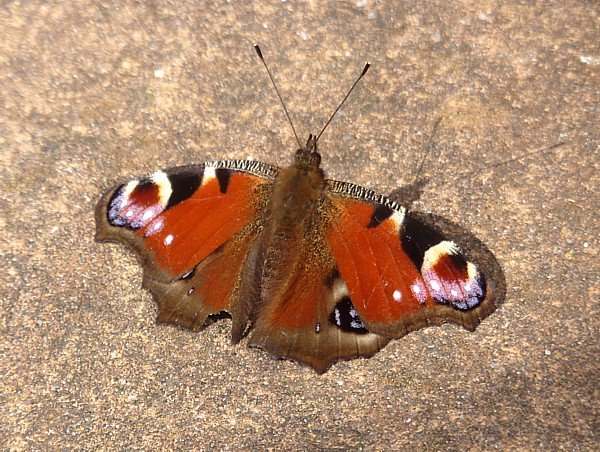