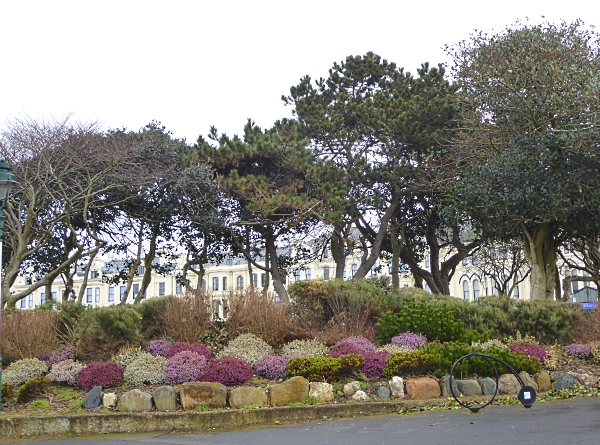 The big freeze seems to be over, and Merseyside got off lightly, with very little snow. It was mild but drizzly today, so we decided to go to Southport, where there is plenty of shelter. There were Wood Pigeons and Starlings on the lawn in King’s Gardens, and an Oystercatcher peeped as it flew by us. There is a clump of trees opposite the Clifton Hotel, with two or three Pines amidst the Holly. The bark of one of the pines definitely said “Scots Pine”, but was one of the others a Corsican Pine? We collected some pine cones, but now I look them up, I see that they were probably all Scots Pines. It’s very hard to distinguish these conifers! 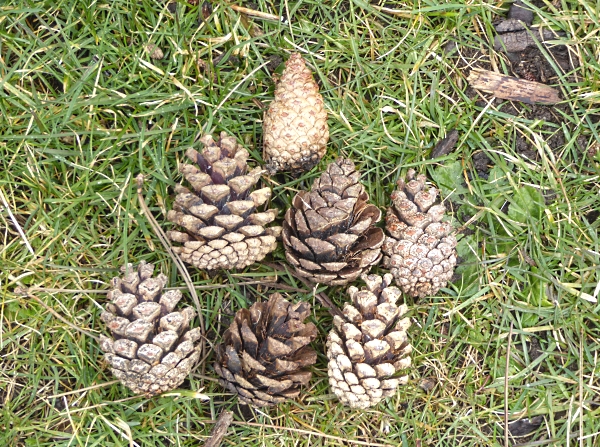 A small skein of Pink-footed Geese flew southwards, and the southern arm of the Marine Lake had the usual Mallards, Black-headed Gulls, Herring Gulls and a Moorhen. There was also a Little Grebe, and a pair of Gadwall, not skulking in the reeds like the ones at Marshside last week, but out in the open, showing off their elegantly understated plumage. 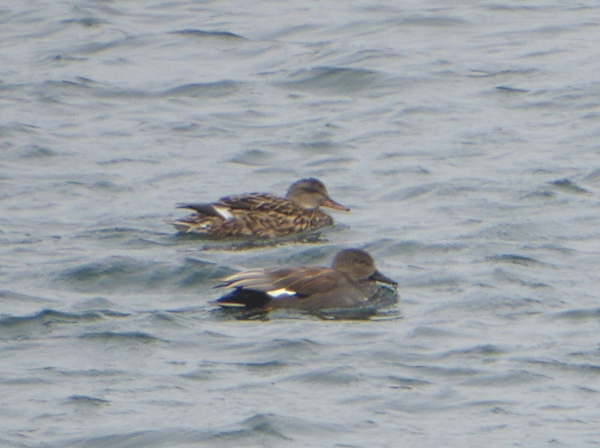 There was just one Mute Swan on the western side of the lake, but we could see several dozen Coot on the bank on the other side, near Funland. We headed over the Venetian Bridge to see if we could spot if any of them were ringed, but they declined to co-operate and set off into the middle of the lake before we could get a good look at them. There were two very interesting dark Mallards though, and these distinctive individuals, who must surely be brothers, give a clue that broodmates sometimes stick together throughout their lives. 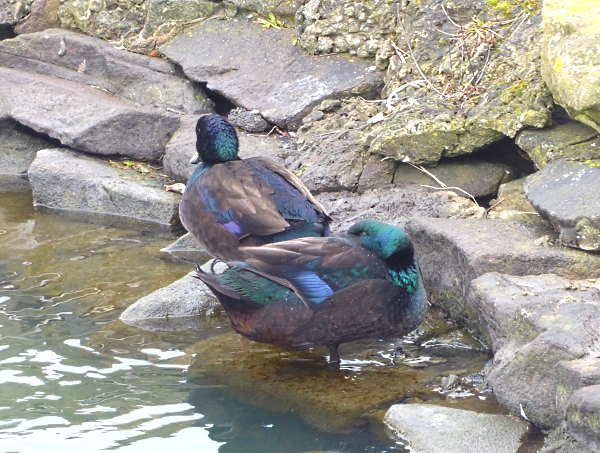 We lunched in a shelter near the café, and the sun came out. Four Greylag Geese flew in. Several Black-headed Gulls were waiting for the “Ferry to the Fair”, and over half of them now have their black head feathers well grown in. 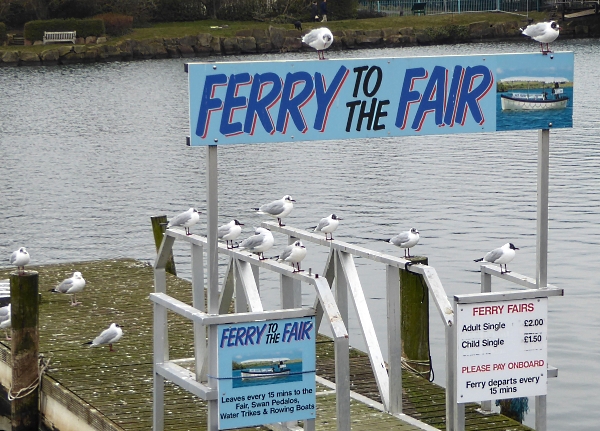 One squawky younger one, still with plenty of white on its head, watched us intently while we were eating our sandwiches, hoping for scraps. (Yes, we did relent after a while.) 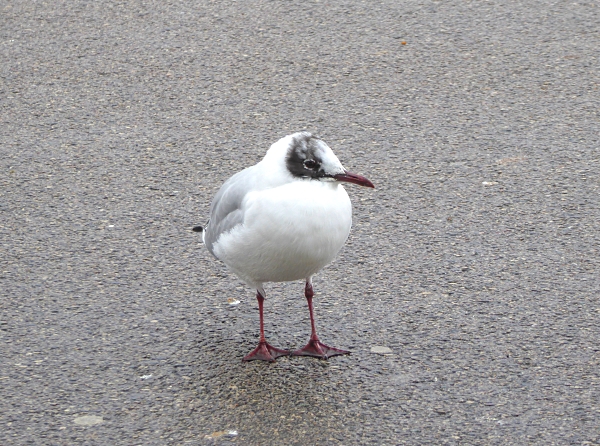 And then we tried the Atkinson Museum, but it has started closing on Sundays, so we mooched around the shops for a bit, then got the early bus home. A late wildlife bonus was a Sparrowhawk, which flew right across the front of the bus near Hillside Station.