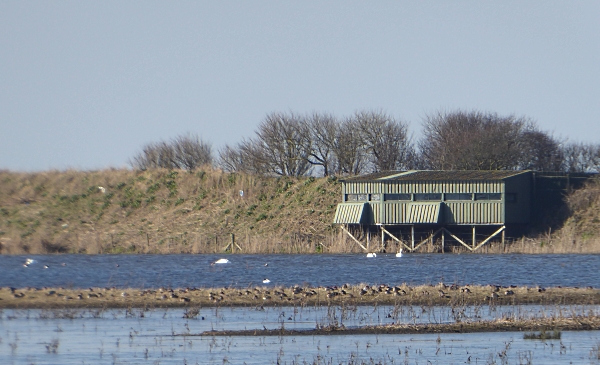 There was a report of a rarish bird at Marshside, a (Greater) Scaup, a first-winter male. And since it was also an MNA meeting there, that was today’s destination sorted. It was a brilliantly sunny day, fairly cold, but not as cold as it will be when the Siberian airflow called “the beast from the east” hits us in the next few days. Our first birds of the day were a few dozen Pink-footed Geese which we saw out of the train window, just south of Hightown. Our fleeting glimpse of them wasn’t good enough to detect the single Taiga Bean Goose that is reputed to be hanging out with them.

A garden in Preesall Close had a Monkey Puzzle tree, the first one we’ve seen this year, and there were House Sparrows in the shrubs along the bank. 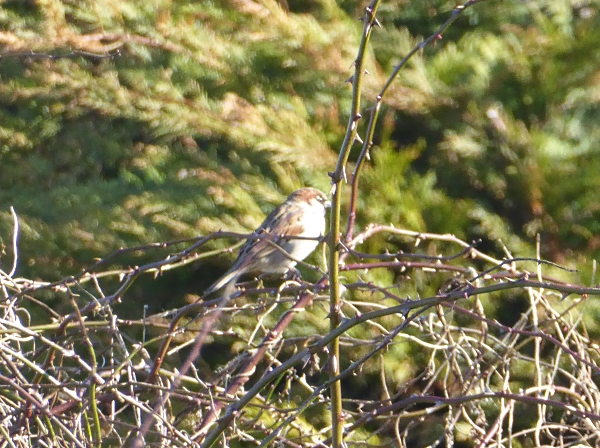 In the gutter along Marshside Road were Mallard, Moorhen, a Coot with an orange ring which we weren’t able to read, a Mute Swan cygnet, lots of Teal, Shovellers, a pair of Gadwall skulking in the reeds and 40+ whistling Wigeon, grazing the tussocky grass. 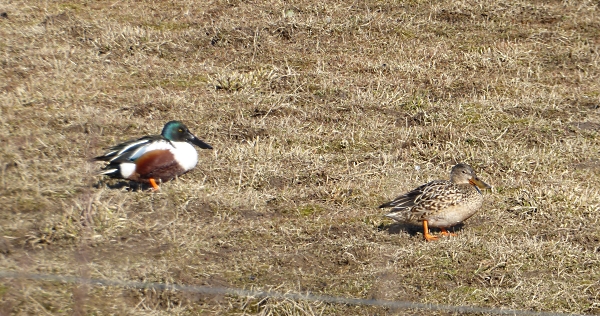 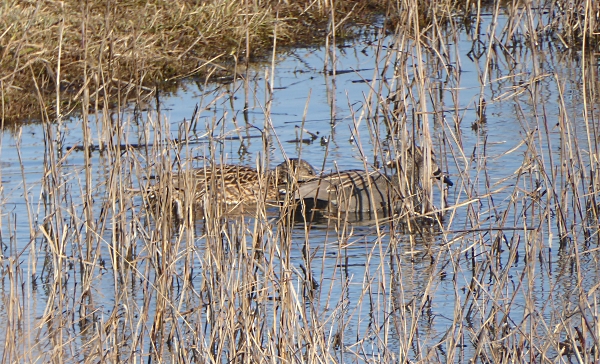 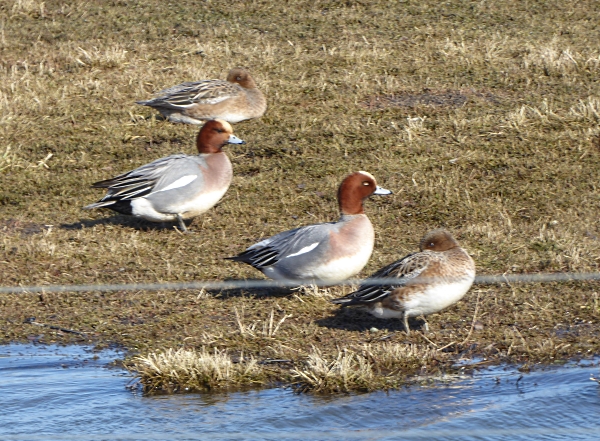 We found the MNA in Sandgrounders hide, and they were all just leaving, so we settled onto the now-vacant seats for lunch. Most of the birds were the same ones we had seen along the gutter, with the addition of Lapwings, various Gulls, a few Greylag Geese, two adult Mute Swans and two Snipe very close in, poking vigorously in the mud. 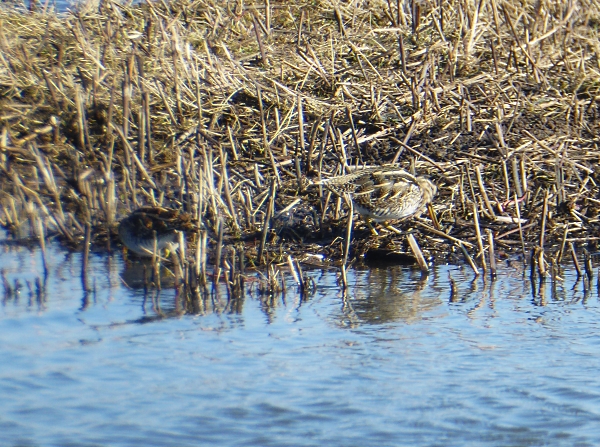 Then we strolled along to Nel’s Hide, where the Scaup was supposed to be. We noted the pair of Spindle trees on either side of the path leading down to the hide, although we wouldn’t have known them unless they were already familiar. They had none of the characteristic red fruits left, and  nothing else to identify them. In that sheltered little spot near the hide we spotted the first Hawthorn buds just breaking into leaf. No other trees have got even a hint of bud-break about them yet. 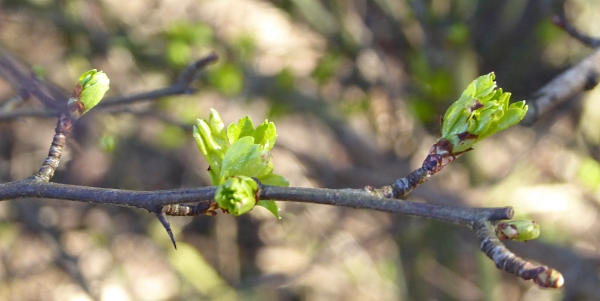 At first there was no sign of the Scaup, although I saw a Hare bounding along the bank between the pool and the marsh. They must be able to swim, or at least paddle! There was a small group of Avocets huddling in the middle distance. 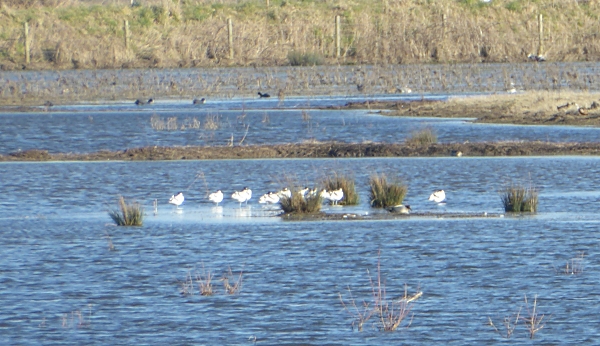 Then we found a small flock of Tufted Duck far over to the left, and we studied them carefully. Did one have a lighter back? Was that the Scaup? They were just too far away to be sure with binoculars. Then the MNA came in after their foray onto the marsh, and they had a couple of scopes. Jenny looked the Tufties over, we all had a look, and we decided that the one with the light back and the dark green head was probably the first-winter male Scaup. One for the year list and a lifer for me.

On the way back to the bus I looked for the Duke of Argyll’s Tea Tree Lycium barbarum, which is somewhere along that hedge bank. It’s another one that’s hard to spot when there are no leaves out, but I noted a thorny bush of about the right size and yes, when I looked it up at home, it does have thorns, so that was the one.  In the flowerbeds on Lord Street, Southport, the yellow crocuses were reaching out to the sun. 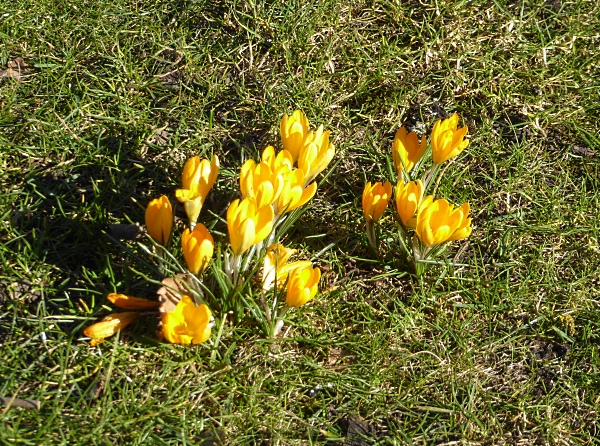