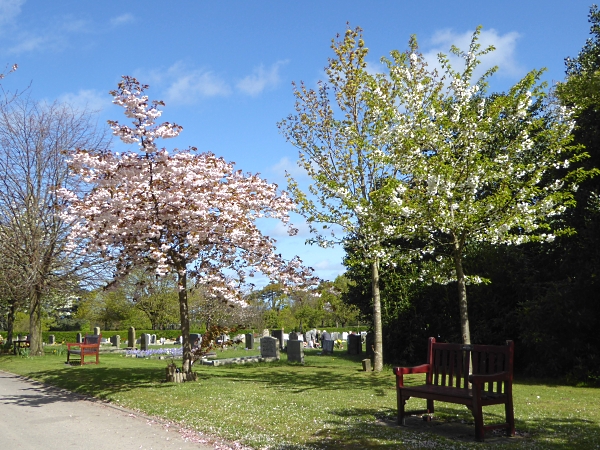 We entered Frankby Cemetery at the north-east end, near Frankby Green. A Robin greeted us from a low branch and a Chiffchaff was calling. There is a Hillsborough gravestone on a corner there, which we stopped to look at. By the pond a Rowan tree was showing its buds, as were the White Water Lilies. The only birds were Mallards, Coot and Moorhen, but we saw a Mandarin here once, so we always hope for another. Some Speckled Wood butterflies were dancing in the dappled light, and one landed amongst the fallen Cherry petals. 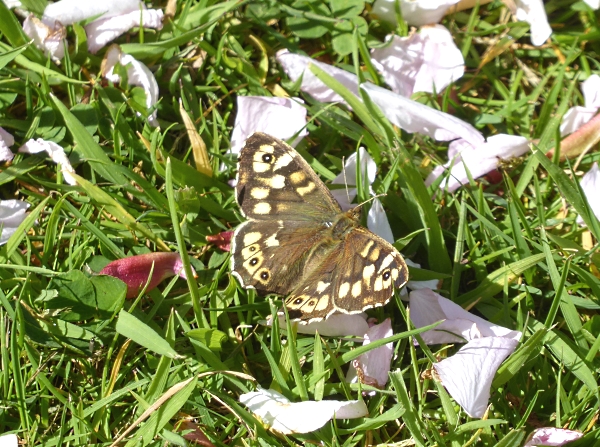 They have several varieties of Cherry trees here, so following the inspiration of the recent Springwatch in Japan, where the blossoming of the cherries is a great national event, we sniffed and tasted, but couldn’t detect the promised delicate perfume, and the chewed petals were underwhelming, sadly. 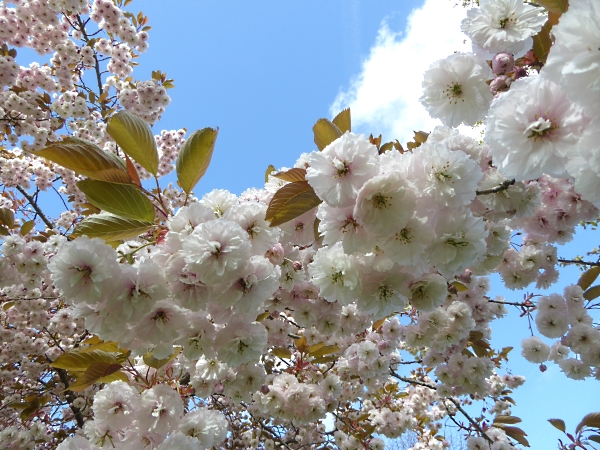 On a field near the south-west corner a Song Thrush and a Mistle Thrush were pecking about in the dry soil and allowing us to see how they differ from each other. A Jay flew through the trees on the far side. Then we walked along Montgomery Hill and crossed into Royden Park, heading for the car park and café. Some of us saw a brown furry bee which they later identified as Tawny Mining Bee from a leaflet in the ranger barn. For lunch, we headed to the walled garden. It has a huge Wisteria trained along a wall trellis, which will be magnificent in a few weeks. We were too early for the Laburnum tunnel as well: the flower buds are just beginning to show. 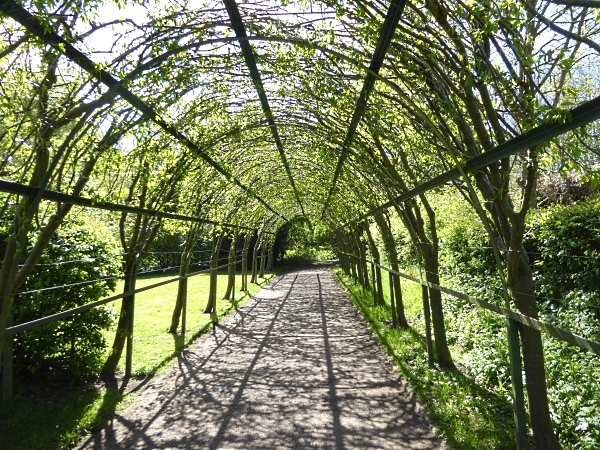 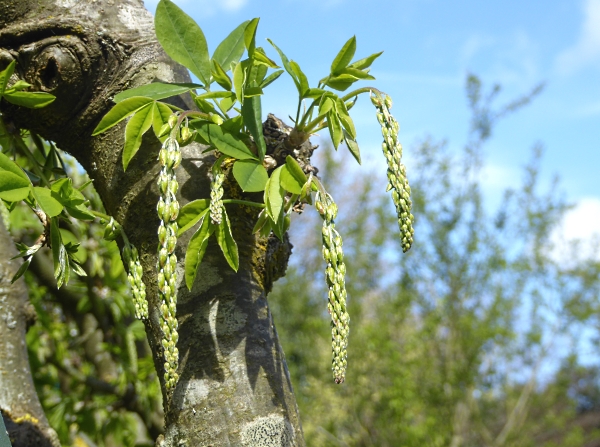 They make an effort for wildlife, and we checked out the small wildflower area, noting Cowslips, Greater Stitchwort, Wild Strawberry and some kind of Speedwell, probably Common Field Speedwell with the white lower petal. We want Germander Speedwell for our I-Spy “tick”, but this wasn’t it. The Bluebells were coming out. 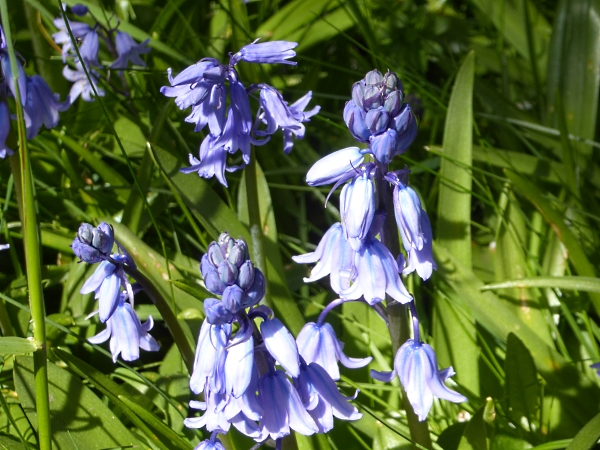 Plenty of butterflies about, including an Orange Tip and a Blue (probably a Holly Blue), neither of which sat still for us. The Bird Cherry tree was putting out its flowers, so that’s another tree in the bag. 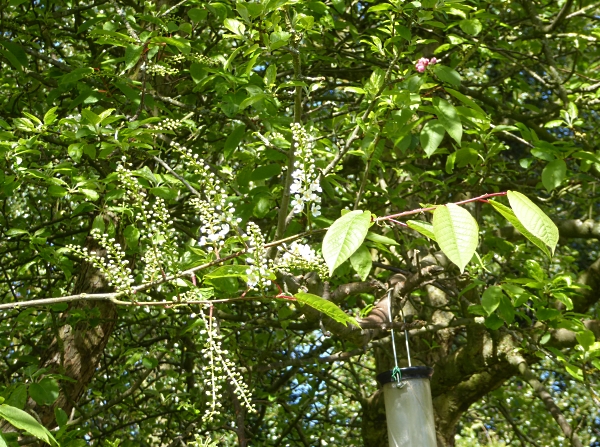 On Roodee Mere a Heron was perching very close to the “feed the ducks” platform, just far enough away to be quite relaxed. 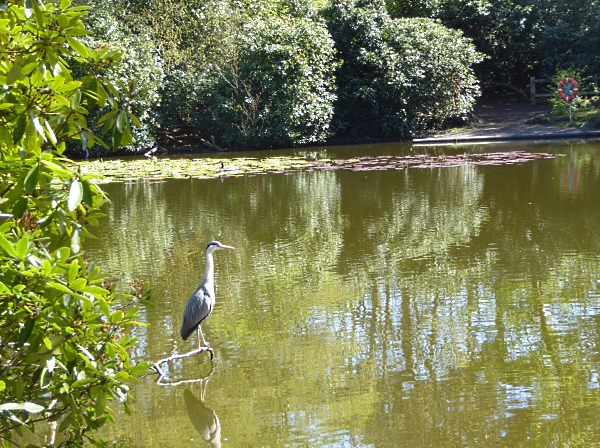 The Royden Park Miniature Railway was in full swing, and four of the group took a ride. 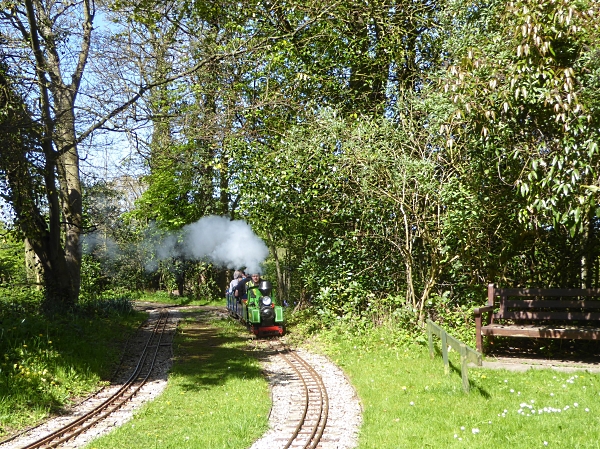 After a walk through the pinewoods and over a bit of heathland, where we spotted a Sparrowhawk overhead, we headed back to the café block. There was a Peacock butterfly on the big field and a Grey Squirrel in the trees. The Wych Elms now have their clusters of winged seeds and their leaf shoots sprouting. 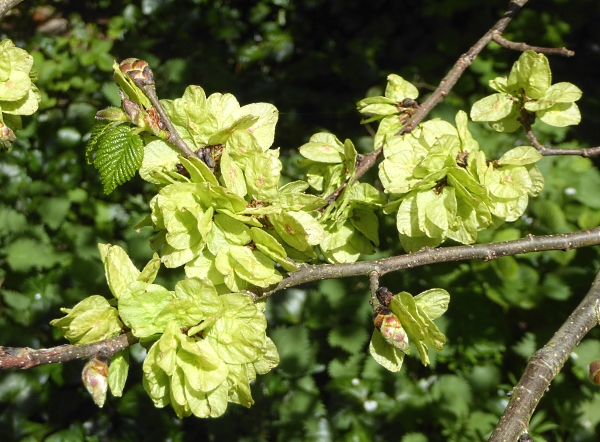 We returned to the bus via the footpath off Birch Heys.  More butterflies (it was a very good day for them) included a Comma on bare ground, a Large White, and more Orange Tips and Speckled Woods. We were interested in an orange ladybird sunning itself on Ivy, but it turned out to be yet another variety of Harlequin. An early-blooming clump of Herb Robert in a shady corner was an addition to the wildflower list. 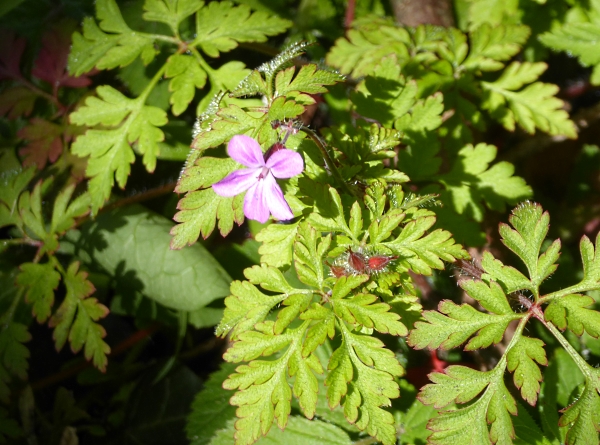 We came out on Frankby Road opposite Frankby Stiles. There was a Whitebeam tree in leaf and bud, and some early Hawthorn blossoming. The Horse Chestnuts are also coming into flower, and there were plenty of fine ones in view from the bus back to Liverpool. 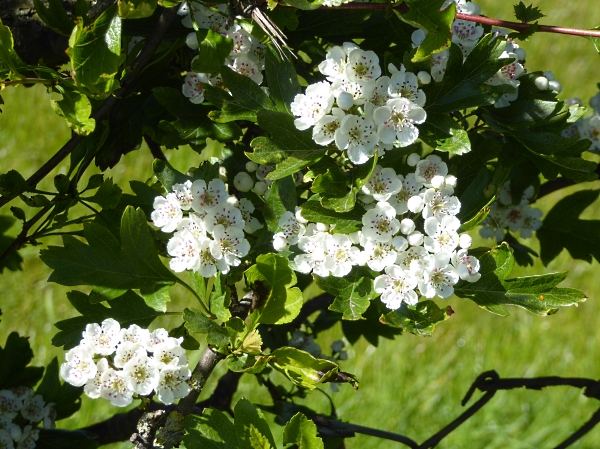 Here is our I-Spy certificate and badge for 1000 bird points. 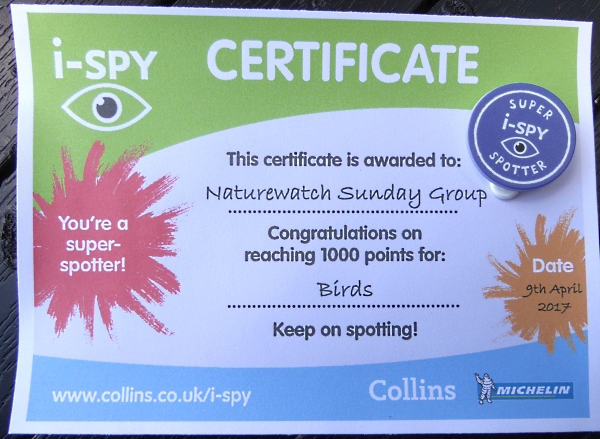 We added six more trees species today, worth 90 points, taking us to 750. There are two questions that I forgot to ask (on Horse Chestnut and Wych Elm) so we may be able to add another free 25 points when I remember to ask them! We also had three new species of flower, worth 40 points, so we are up to 220.