The plan was to walk from Chester Zoo to Ellesmere Port along the Shropshire Union Canal, but I had to pass on the five mile walk because I seem to have pulled a muscle in my foot. Limping but getting better! I had a short stroll around the Zoo instead. There were the usual attractions – elephants, giraffes, two Greater One-horned Rhinos and a new baby Tapir, but I headed for the Tropical House to see the birds. Here’s a pretty little Pekin Robin Leiothrix lutea. 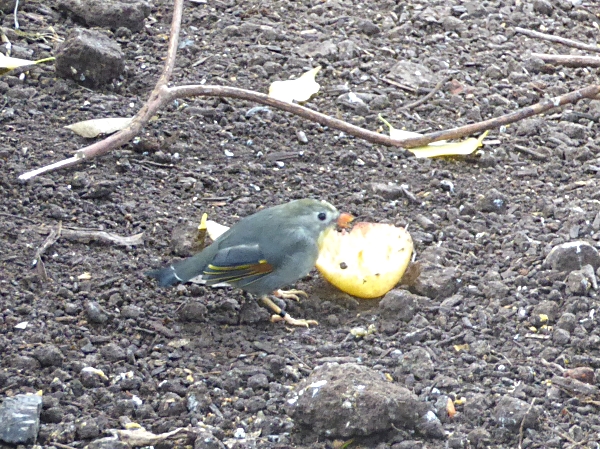 Near the bridge by the Tropical House was a huge Ivy in flower, attracting many insects. Most were wasps, but there were also two Commas. 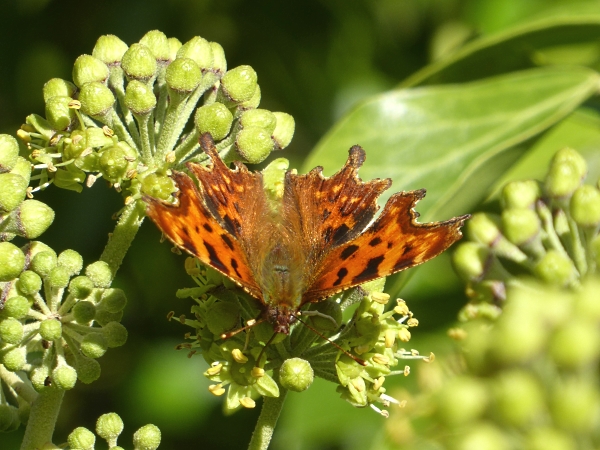 There was also a large orangey insect of some kind. A hornet? I couldn’t get a picture of it side on, it kept its back to me, but it looks like the Hornet Mimic Hoverfly Volucella zonaria. It was a rare visitor in the 1940s, but is now said to be found as far north as the Midlands. This one’s further north than that! 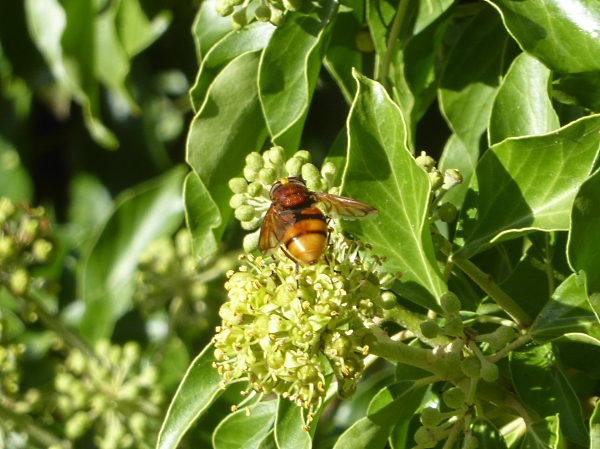 In the butterfly house the Blue Morphos Morpho peleides were feeding on oranges. 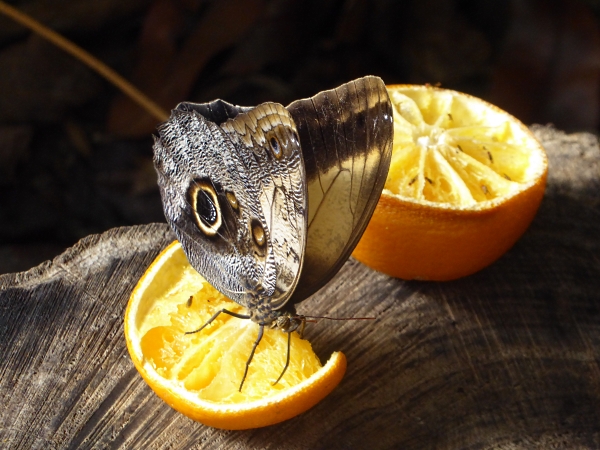 The Mallards are pairing up. Most drakes were in their smart new winter plumage and following the females closely. All of the trees were still green except this Norway Maple, which was putting on an autumn show. 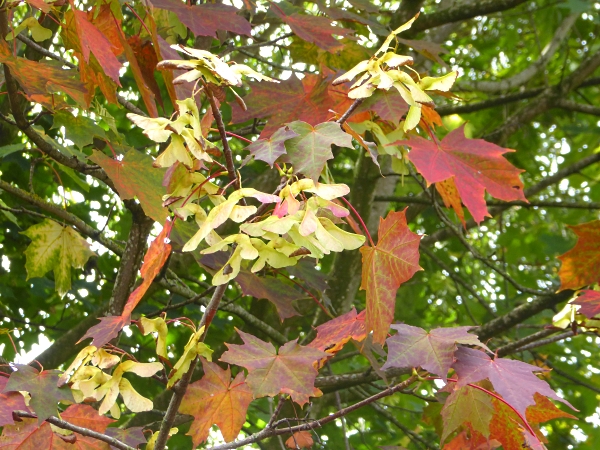 John tells me the rest of the group made it to Ellesmere Port successfully, and their best sighting was a Peregrine Falcon pursuing a Wood Pigeon.