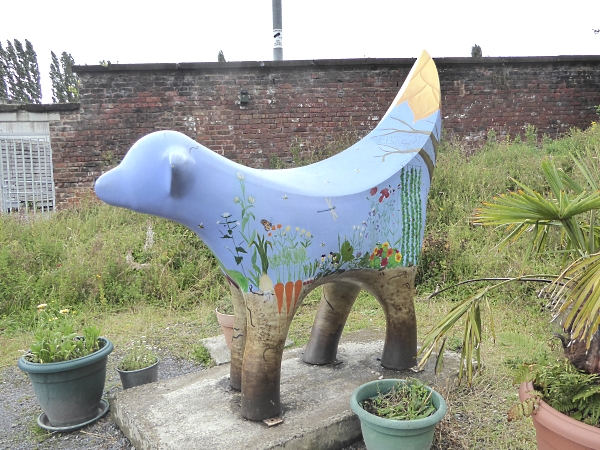 Just into September and the trees are starting to display their fruits and seeds, but the only autumnal leaf colour was on those Horse Chestnuts which have been badly affected by the leaf miner. We found our first conker today, just a tiny one about ½ an inch across. The Beech mast is coming down in the wind, but the seeds are all empty. John said that last week at the church he gardens for, he swept up enough beech mast to fill a whole wheelie bin.

Outside the Visitors’ Centre, most of the wild flowers have gone over, but there were still blooms of blue Chicory, orange Fox and Cubs and purple Marjoram. 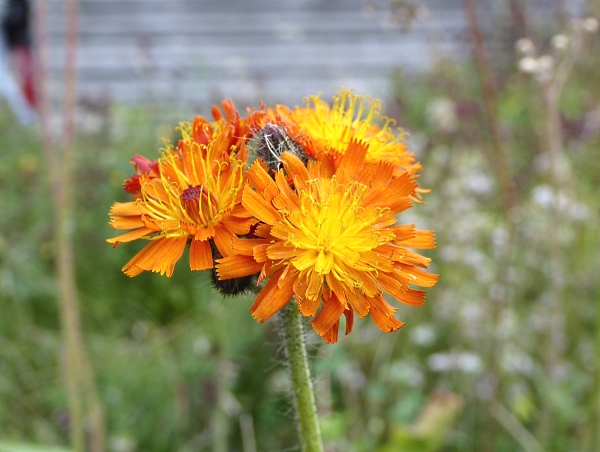 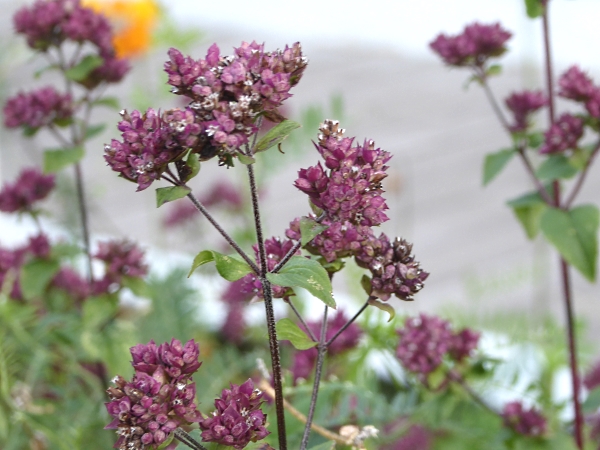 A hop vine was scrambling over the fence, producing hops near the top. They had a Scarecrow festival here in July, and some of their best examples were still on display. This one is “A Sporty Day Out” by Huyton Childminders and Children.| 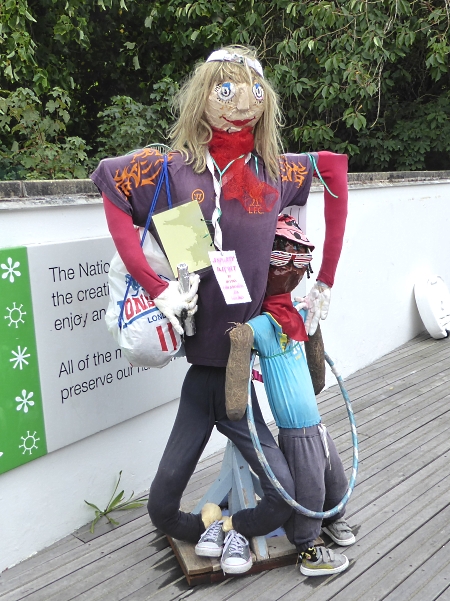 The way through to the park was blocked so we went around to the west by the Merseyside BioBank building. Tutsan had its dark red berries out, and a Lauristinus bush was flowering. It’s supposed to flower from October to June, so was this one early or late? There used to be an old pond there, but now it’s just a damp depression. On an Iris we found a black ladybird with two red spots which we hoped was a Kidney Spot, but it wasn’t. The white “eyes” on the front end (the pronotum) mean it’s a Harlequin. 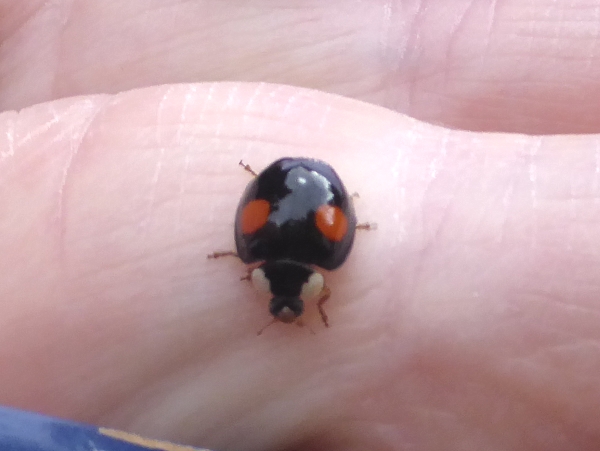 There were plenty of trees along the southward path. Holm Oak with acorns, Turkey Oak with its furry acorn cups, Swedish Whitebeam with berries still green but turning, a solitary Whitebeam on the lawn surrounded by a neat circle of fallen leaves, with its berries still green. Cotoneaster and Rowan were in bright red berry. This is a good time to look for unusual Rowans. I’ve spotted an orange-berried one near Blundellsands and Crosby  station, but there were none in Court Hey Park today, and definitely no interesting white-berried ones. But the Hawthorns are now very red, and there were several copiously fruiting Crab Apple trees. 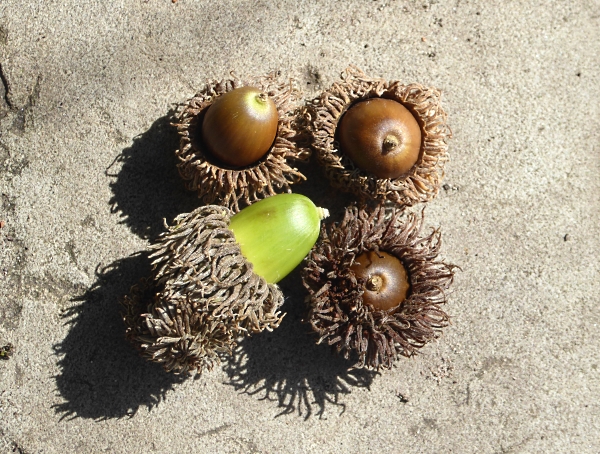 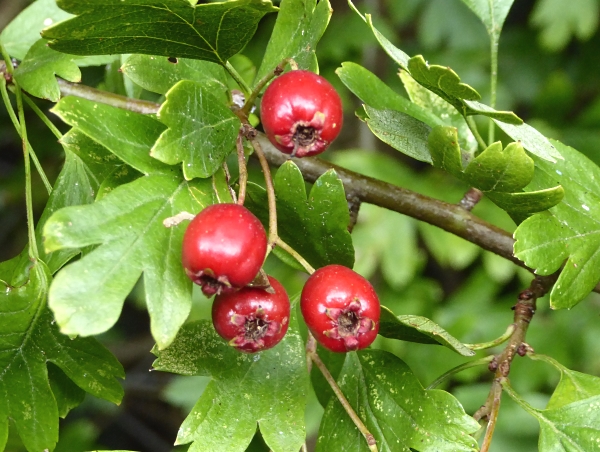 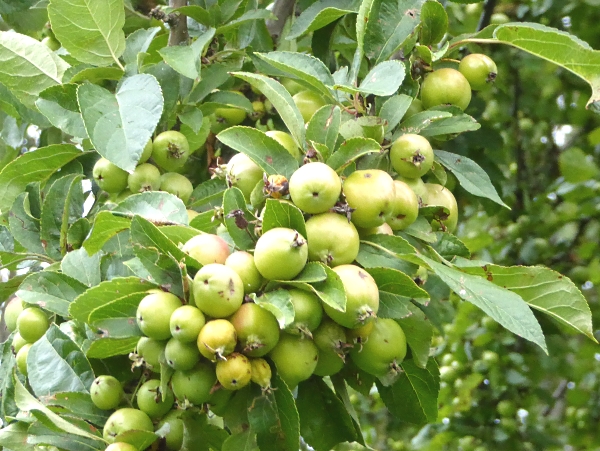 These Ash keys caught my eye. Are they really Ash? They are rather sparse and show interesting colours, but perhaps they are just not yet fully ripe. 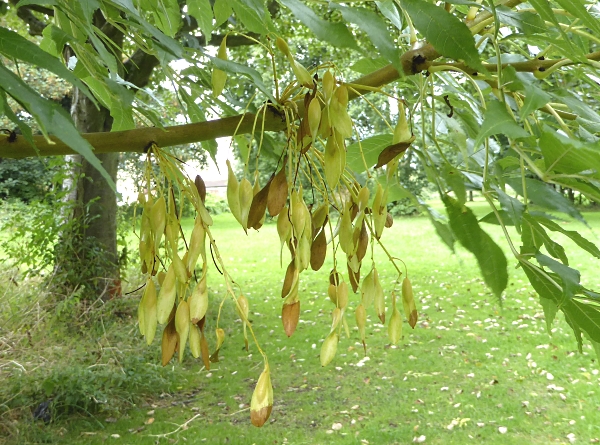 We turned back up the other path and found a hollow Ash with fungi growing inside. One was definitely an Artist’s Bracket Gannoderma applanatum, with its rich chestnut brown top and white underside, but the other was so high up we could only see the plain white underside. Further on  there was a cluster of grey-fawn fungus on a dead Cherry tree.  Is it Honey fungus? They are usually a browner colour. 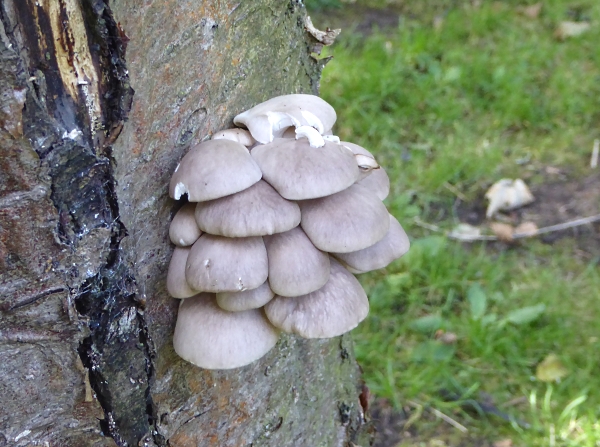 One tree was doing a very good impression of a Small- leafed Lime at first sight, just because it had small leaves, but we got the book out, and the seeds were spherical and furry, so it’s just an ordinary Lime Tilia x europaea. The Small-leafed Lime has tiny bare (glabrous) fruit, and the pictures show that it often has a bit sticking out at the tip. I don’t think I have ever seen a definite Small-leafed Lime. Anyone know one? 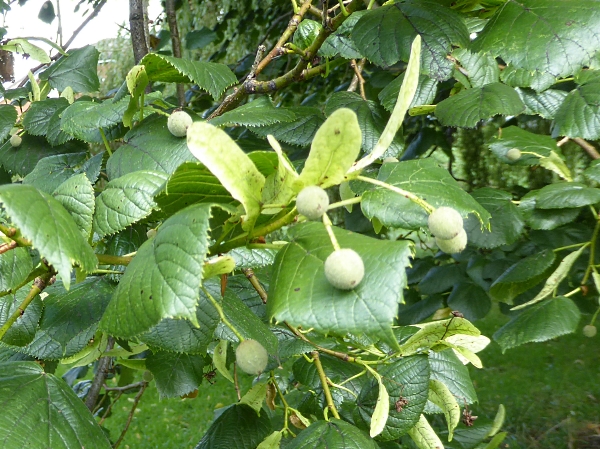 When the sun came out after lunch we spotted several Speckled Woods and a fast-moving Peacock. One Horse Chestnut appeared to have non-spiky fruits. It must be a Red Horse Chestnut Aesculus x carnea. It has been much attacked by the leaf miner, and its trunk had a spiral crack. It wasn’t looking healthy at all. In fact, several of the trees we saw today looked like they were about to peg out – hollow or fungus-ridden. 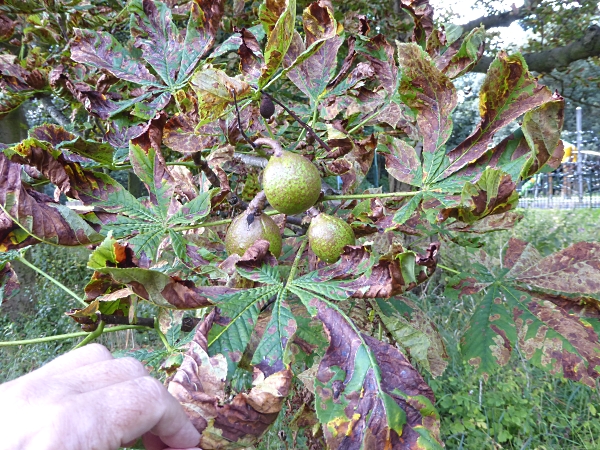 Back in the Visitors’ Centre we noticed posters for a free Moth night on Friday 9th September, 7 to 9.30pm, if anyone’s interested. They were selling some interesting home-grown veg and I came home with a Cucumber, a Scallopini Squash and some “Rainbow” Swiss Chard. 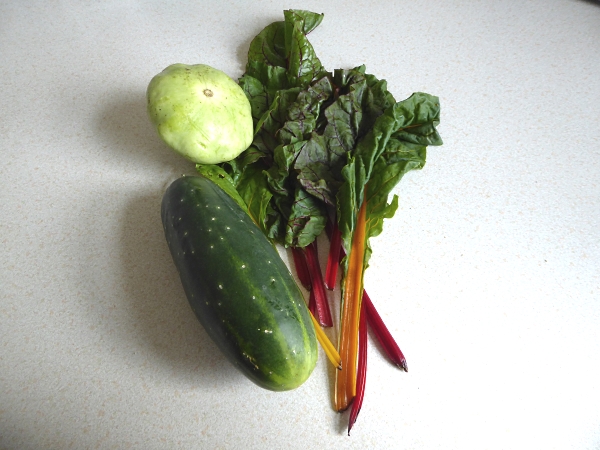