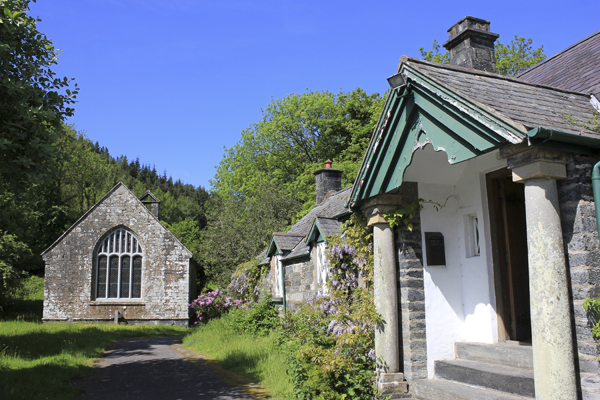 Richard Surman, DaveB and I headed down the Conwy Valley to Llanwrst and crossed Pont Fawr, the narrow three-arch stone bridge before taking a steep road up to the Gwydir Forest Park Offices and the adjacent 17th-century Gwydir Uchaf Chapel. A few Indian Peafowls were wandering around. 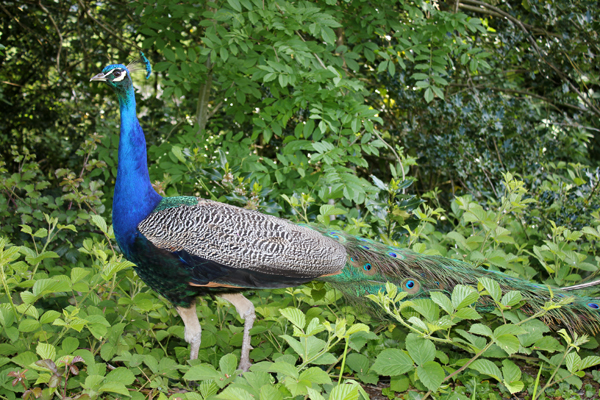 We decided we weren’t at the correct starting point for the walk so drove back down the hill and parked up on a small lay-by. Walking up a narrow lane with a surprising amount of traffic we began to get a feel for the plants and birds of this Forest that lies in the heart of Snowdonia National Park. A number of Garden Warblers bubbled away, a few more scratchy sounding Blackcaps, a Spotted Flycatcher darting after insects, Willow Warblers, Chiffchaffs, Coal Tits, Chaffinch, Wren, Robin, Song Thrush and Buzzard. 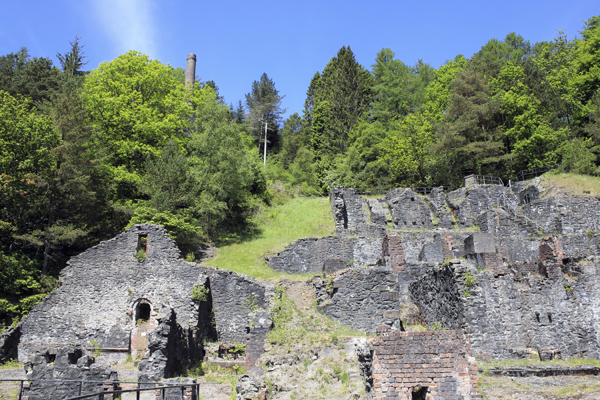 Between 1850 and 1919, lead and zinc mining dominated the area. The hillsides in Gwydir Forest Park are riddled with tunnels and hollowed out caverns where generations of miners toiled to extract lead and zinc ore. We came across the remains of Hafna smelt house and adjacent blowing house, built in the 1880s located behind a slime pit. Ore and fuel would have been mixed together and raked in the furnace, effectively roasting the ore. As the temperature was increased the molten metal would flow to the bottom of the furnace, from where it was tapped. Because of the toxic fumes from smelting the furnace chimney was set above and away from the mill. 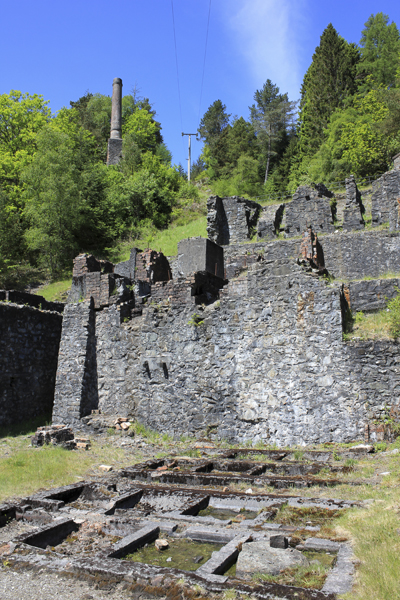 We stopped here for lunch watching a male Redstart, fine views of the aerial performance from a Tree Pipit, Grey and Pied Wagtails and Coal Tits as well as a number of Large Red Damselflies Pyrrhosoma nymphula from the slime pit and Small Copper Lycaena phlaeas and Small Heath Coenonympha pamphilus in the meadow grasses.

Further along we saw a Hoverfly Sericomyia lappona, Speckled Wood and a yellow coloured day-flying Moth called Speckled Yellow Pseudopanthera macularia. According to Butterfly Conservation the Speckled Yellow restricted in distribution in south and east Wales so a good sighting.

We reached the Cyffty Mine, operational until 1921, where the remains of a crusher house (used to process the lead ore) circular buddle pits (ponds) and a pump-shaft are preserved. On the path a piece of slate caught my attention with its cubic indentations in the surface (although some weird photo distortion effect makes them look plush to the surface!) – possibly caused by the lead ore mineral galena. 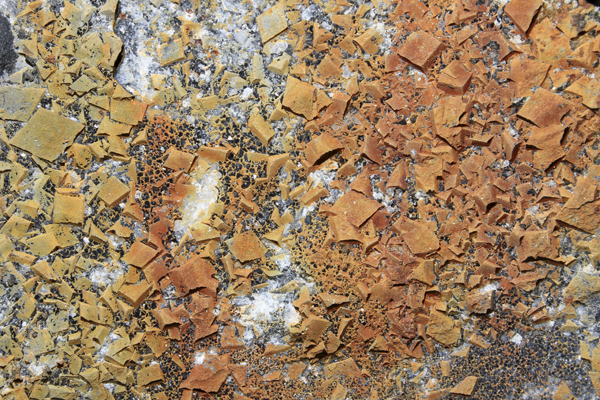 Nearby was Llyn Sarnau which means ‘lake of the old tracks’, this shallow lake was quite overgrown with Marsh Horsetail Equisetum palustre and also had a few patrolling female Four-spotted Chasers Libellula quadrimaculata. 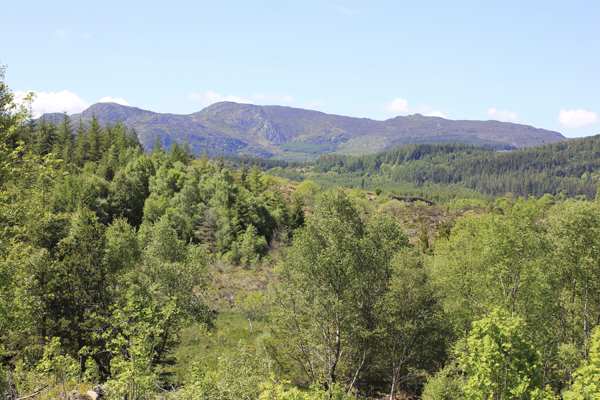 More spoils from mine workings were dotted around and we saw more Four-spotted Chaser Libellula quadrimaculata, a female Common Darter Sympetrum striolatum and a metallic Green Tiger Beetle Cicindela campestris. Great views across the forest of the three peaked mountain Creigiau Gleision the easternmost of the high Carneddau. As we continued wandering along the lanes we heard plenty more Redstarts, stood beneath a tree listening to the gutsy trilling song of a Wood Warbler, a Great-spotted Woodpecker, a calling Cuckoo and I had a Redpoll. 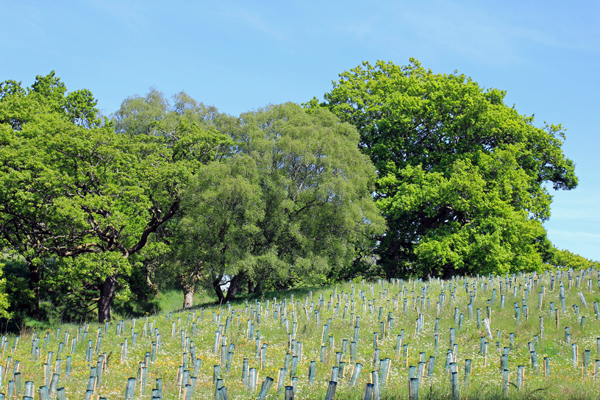 Saplings were planted in rows in a meadow area beside more established trees as part of a project by Plant! (the Welsh word for children) and Natural Resources Wales to grow a native broad-leaved sapling for every new baby born or adopted in Wales. We soon reached Llyn Geirionydd, a mile long lake on the northern edge of the Gwydyr Forest with conifers planted along the western side to soften the effects of the mine waste from the nearby Pandora Mine. A couple of Herring Gulls were loafing on a small rocky island and a Common Sandpiper was flying around, Calling before landing with much bobbing of its tail. 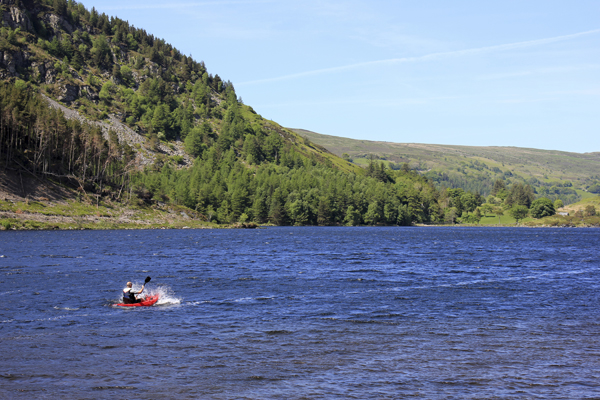 As we descended the land again back to the car Richard spotted a Dor Beetle Geotrupes stercorarius ambling across the road, Corpse of the Day was a Beautiful Demoiselle Calopteryx virgo whose abdomen had been run over and a few metres further on a Cockchafer Melolontha melolontha was looking a bit bashed on its elytra.