A great start for the day when Hugh pointed out a rather exhausted looking Whinchat sitting on the grass beside the Burton Biscuit /Typhoo Tea factory. Fifteen members dashed across Pasture Road avoiding the traffic and turned into Tarran Way walking through the small industrial estate and along a track running adjacent to the railway line. Whitethroat, Blackcap, Robin, Wren, Dunnock, Great Tit, Skylark, Starling, Blackbird,  Greenfinch, Chaffinch, Goldfinch, and a flock of around forty Golden Plover started the list rolling. 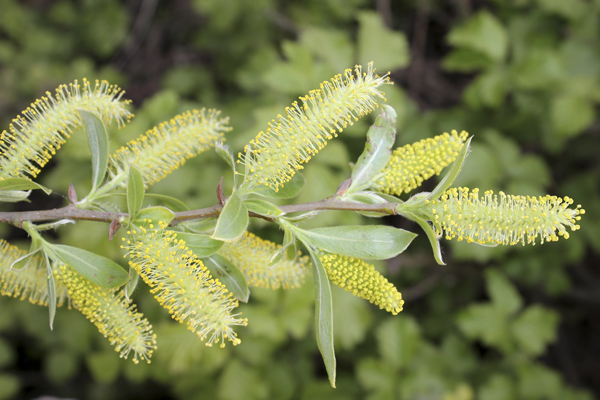 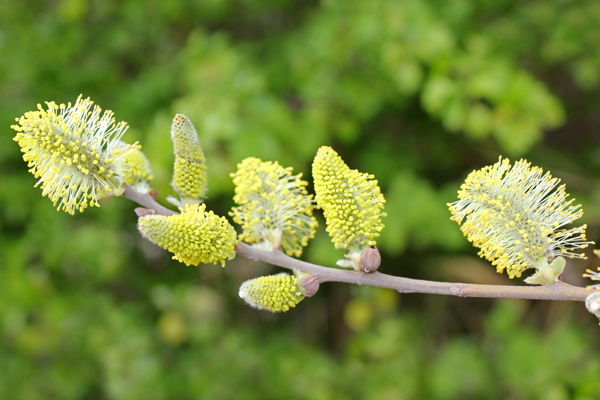 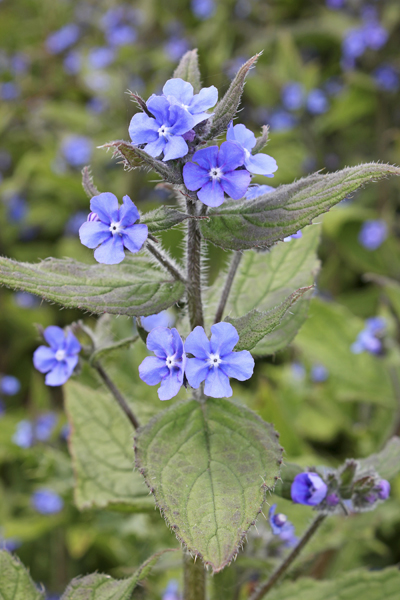 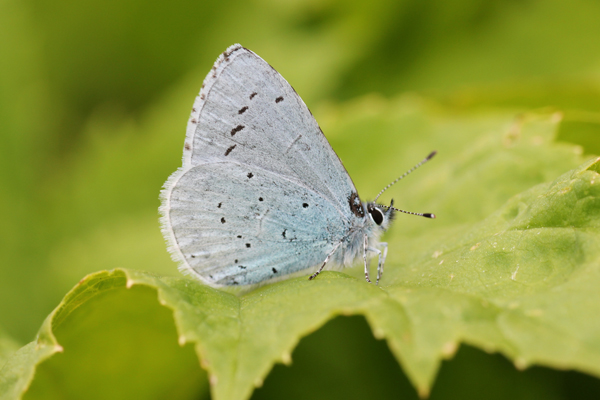 On the Moreton Brickworks Mere were a handful of Mallards some with ducklings and a splendid male Mandarin Duck. We only had time to scan across the old Brickworks site noting Buzzard, Collared Dove and Swallow before we were accosted by a rather cantankerous bloke who insisted we had no right of way up the track, were going to trample on the fishermen’s gear etc. When his accusations became even more skewed we decided to head back along the track before turning into Lingham Lane. Around eight Swifts screeching overhead were new Year ticks for most members and were quickly followed by Lesser Whitethroat, Spotted Flycatcher, Garden Warbler, Willow Warbler and Chiffchaff. Around the more civilised setting of Lingham fisheries pond a few Swallows were sat on electricity wires along with a Pied Wagtail, Canada Goose overhead, Moorhen in a field, Song Thrush, Magpie and Carrion Crow. A few 22-spot Ladybirds Psyllobora vigintiduopunctata were collected in a tube to show those members who had eagerly continued onto the Lighthouse for lunch. I’d just opened my lunch box when a small Beetle with shiny brass/copper appearance landed beside my Tuna sarnie. ChrisB identified it as a Sun Beetle Amara sp. a member of the Ground Beetle Carabidae family. 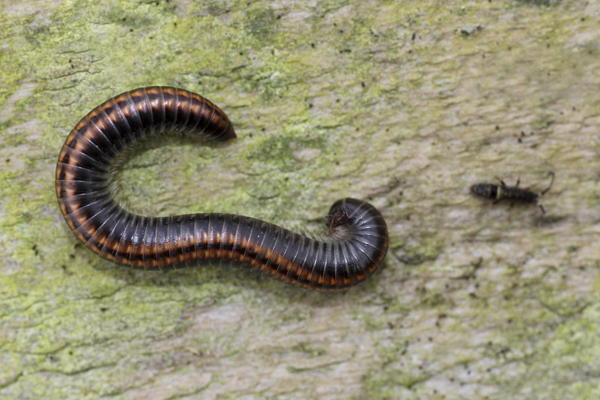 After re-fuelling I had a mooch around, ChrisB overturned a few planks of wood and uncovered a couple of White-legged Snake Millipedes Tachypodoiulus niger and a Striped Millipede Ommatoiulus sabulosus curled beside a teeny Springtail Collembola sp. Along by the horse paddocks we watched another Spotted Flycatcher zipping from its fence perch after insects. According to the Dee Estuary Birding website there had been 27 Spotted Flys recorded today – a record count! St Mark’s Flies Bibio marci were active flying around with dangly legs and a number of mating pairs. 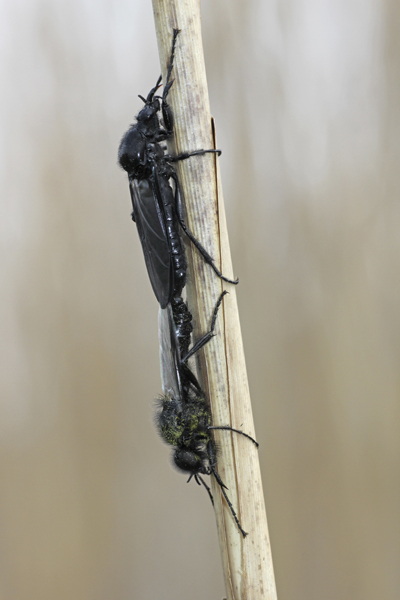 A Cuckoo called which couple of members managed to see as it flew into a copse where a Mistle Thrush was perched up in one of the trees. In the paddocks a couple of female Wheatears hopped around and a Little Egret flew by. More plants with Field Horsetail Equisetum arvense, Lesser Stitchwort Stellaria graminea, Water Avens Geum rivale, Water Forget-me-not Myosotis scorpioides and Dove’s-foot Crane’s-bill Geranium molle. Buff-tailed Bumblebees Bombus terrestris were bumbling away and a Large White Pieris brassicae fluttered by

We watched a male Reed Bunting singing, Chris B had a few Mepits before climbing the embankment to look out to sea. The tide was in and Waders were flocked together on the rocky groyne structure with around eighty Dunlin in various stages of reaching full Summer plumage, three Ringed Plover and a couple of Redshank. A couple of pairs of Sandwich Terns screeched on their fishing sortie – an evocative sound of the Summer coastline. ChrisB and DaveH found a nesting colony of Vernal Mining Bees Colletes cunicularius in a small blowout – this spring-flying species coincides its foraging with the blossoming of Creeping Willow Salix repens on coastal dunes. ‘Corpse of The Day’ was a Cormorant but was in such an extreme state of decay I even declined to photograph it. On the embankment another Sun Beetle Amara sp. scuttled through the short grass and we noted a scattering of Sea Wash Balls – the egg case of the Common Whelk Buccinum undatum and a few Mermaids Purses of Skate Raja batis that had been blown in by the wind. ChrisB headed back down to the reedbed and was rewarded by a singing Sedgie. 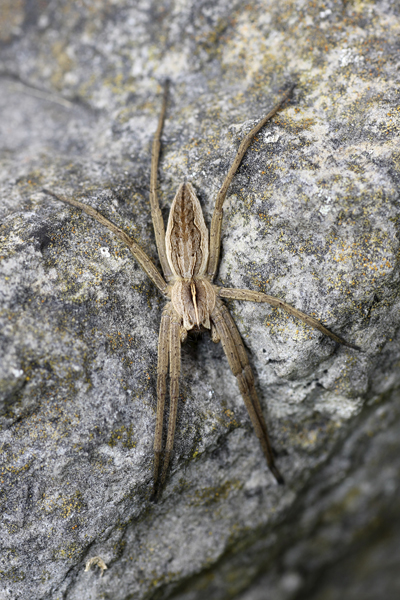 We passed the Lighthouse and walked along the edge of the road. I spotted a Nursery-web Spider Pisaura mirabilis in its typical pose on a rock, also plenty of Wolf Spiders, a Green Nettle Weevil Phyllobius pomaceus and a few 7 Spot Ladybirds Coccinella septempunctata. A male Stonechat with bright green caterpillar in its beak perched up in a Bramble patch adjacent to a stand of the invasive Japanese Knotweed Fallopia japonica. He was soon joined by a female – they have declined as a breeding species on the Wirral so fingers crossed for this pair. Back along Pasture Rd stopping briefly to peer across the bridge to the River Birket – a Pheasant was in the adjacent field and a couple of male and a female Orange Tips were flitting along the riverside vegetation enjoying the sun. All to soon we were back at Moreton Station for our homeward journey after a day packed with a great selection of Summer migrants for this local site.