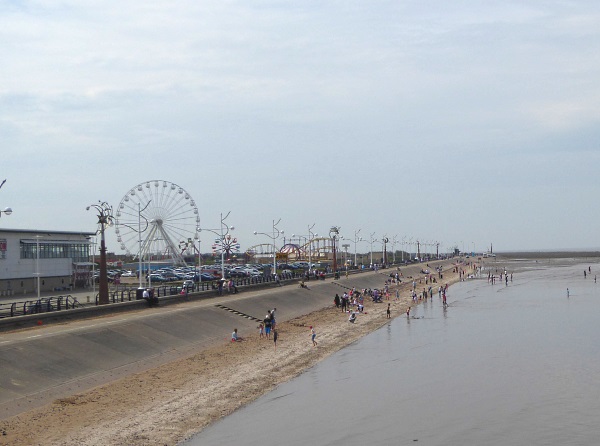 The RSPB were having a “Birds from the Pier” event, which was odd because, unusually for Southport, the tide was in. The only birds to be seen were those flying past in groups, called out by Sefton Ranger John Dempsey.  Large groups of Dunlin flew south, heading for Birkdale Green Beach. Oystercatchers were going north, as were several flocks of Grey Plovers, a pair of Shelduck, and a Cormorant. One Lesser Black-backed Gull flew by and there were Swallows overhead. The only other “birds” were a row of Carolina Wood Ducks on the shooting gallery! 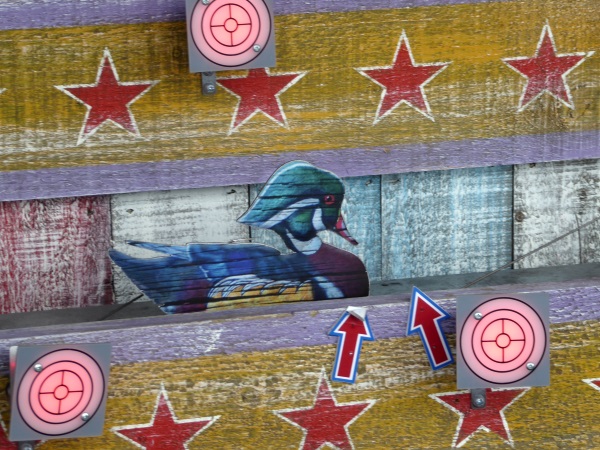 I asked some fishermen what they usually caught off the pier, and they said flatfish, sea bass and eels, but nobody had a fish to show me, the only catch having been a small Dab, returned to the sea. Several butterflies appeared to be coming in off the sea – Large Whites and a Comma. Were they commuting from Lytham?

We amused ourselves in the “penny-in-the-slot” machines for half an hour or so, being most taken with a very old machine called The Harlot. In a beautiful little doll’s-house-like room, two men were in bed with a blonde woman (who was no lady, we assume). The door at the back was slightly ajar and there was another man lurking there. When we finally got a coin to work, the entire “show” took about two seconds. Both men in the bed sat up abruptly then lay down again, and the door flew open to reveal that the lurking punter was a vicar! 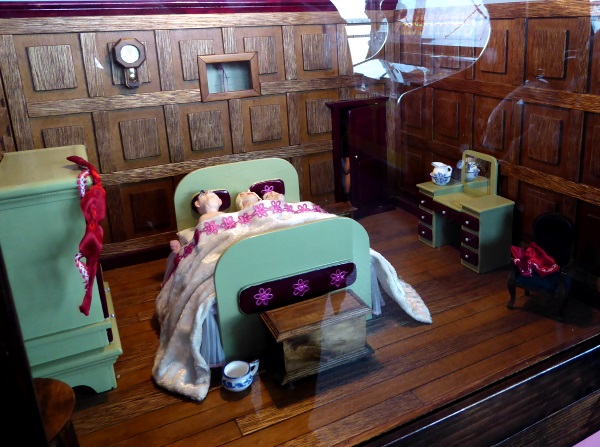 By now it was very hot indeed, and as we made our way back to the train we moved against crowds of people arriving, and the shops were doing a roaring trade in ice cream and candy floss, fish and chips, buckets and spades. 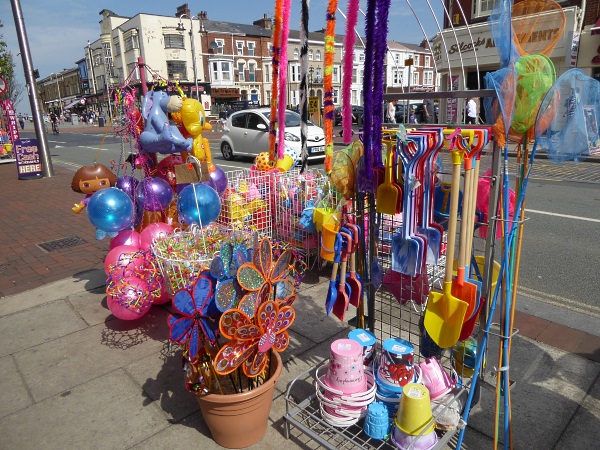 Tree news: The unidentified tree in Williamson Square, outside the Liverpool FC shop and nearest to the Playhouse, is coming into leaf. They are pinnate leaves, with each leaflet very finely toothed, and spear shaped. I’m leaning towards it being a Japanese Rowan Sorbus commixta, often used for town plantings in recent years. 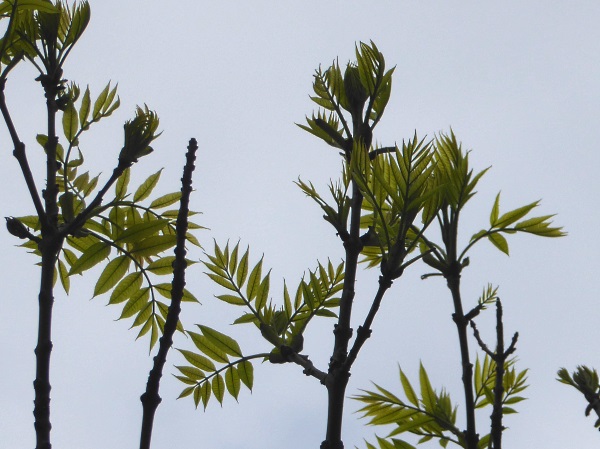 The pink Japanese Cherry Prunus serrulata var. Kanzan, whose profuse blossom we missed two weeks ago near Crossens, is now all out, and even starting to go over. 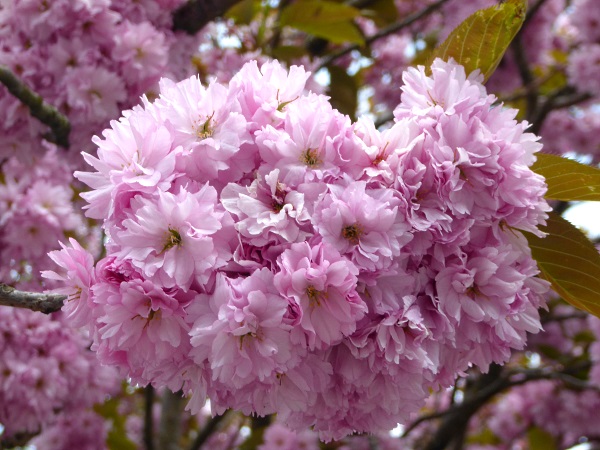 The Wych Elm Ulmus glabra is in flower, with clusters of nutlets each surrounded by a papery membrane. 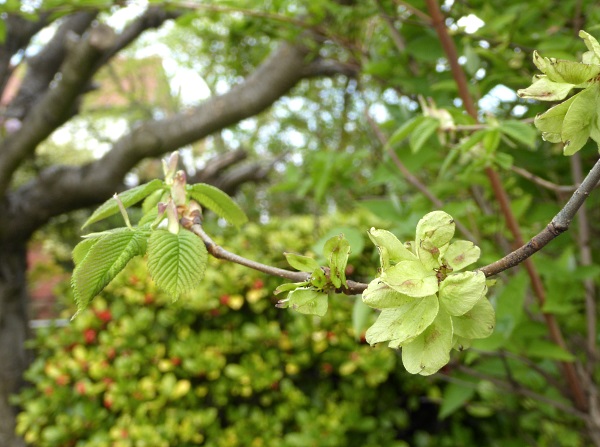 My local bird news is that the Swifts are back. A small group nest near me every year, and two of them appeared on Saturday 7th May. By Monday 9th there were seven of them. We have also had a Blackbird drama. My neighbour reported a nesting pair in one of her garden shrubs, with three eggs. On Friday she was distraught. “It’s been murder in here!” A rival male had appeared and fought the resident. After vanquishing him, he methodically removed each egg, broke them open and ate the contents. That evening he was sitting on a chimney pot, happily proclaiming his victory. 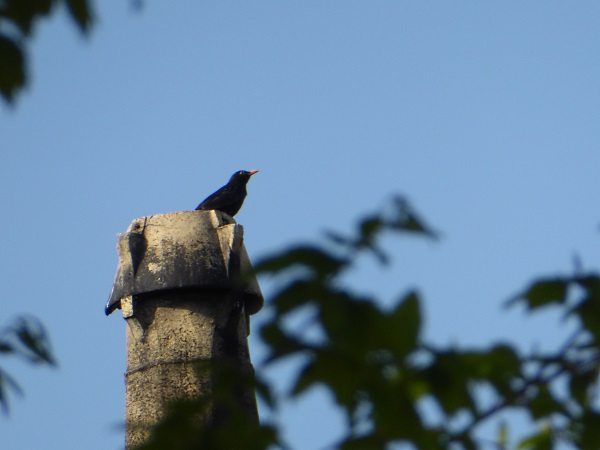 This morning, Monday 9th May, two male blackbirds were flying at each other through my garden, and they had a knock-down drag-out fight at high noon, in and out of my shed. Afterwards one sat gasping on my fence, looking bedraggled, but there was no sign of the other one. No idea who’s winning, but the ousted father clearly had some fight left in him!