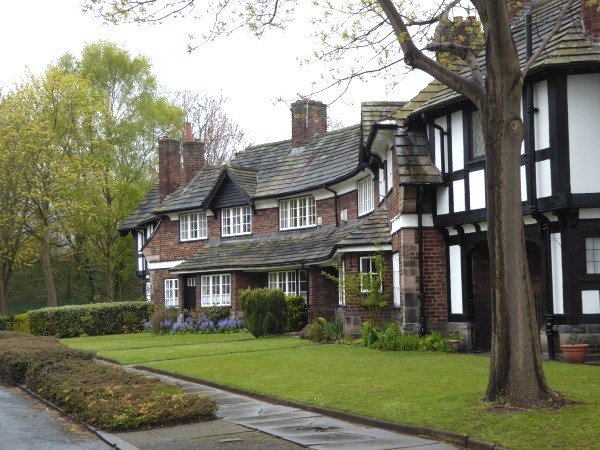 The Gingko trees in Williamson Square are just sprouting and the leaves of my neighbourhood Whitebeams are coming out like hands clasped in prayer. 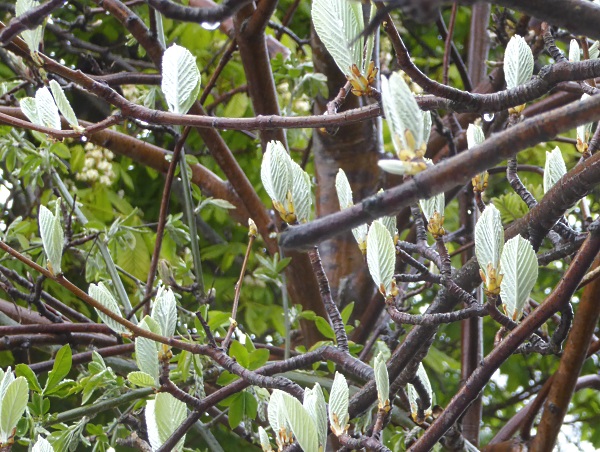 Despite these signs of advancing spring, there was a fine drizzly rain all day. We started in the Dell at Port Sunlight, first taking note of a droopy conifer on the bank at the southern end. Was it a  Brewer’s Spruce? A Morinda Spruce? These conifers are very hard! 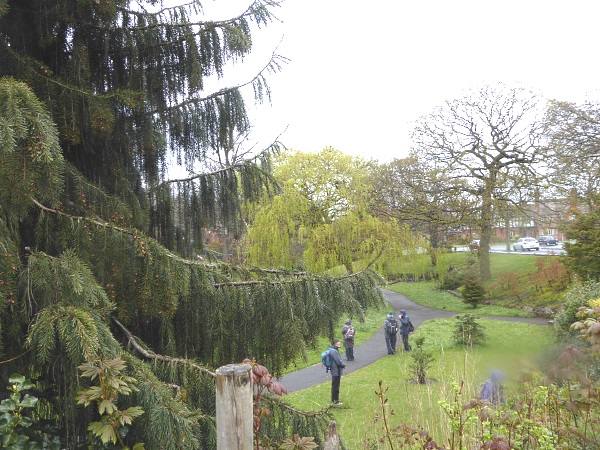 The famous big Tulip Tree by the bridge had its leaves just coming out and we also looked at the Honey Locust with the spikes on the trunk. There is said to be a Wollemi Pine in the Dell, near the bridge, but despite us looking very carefully for little lime-green conifers, there was no sign of it. But there were many young saplings, none with much foliage to identify them by, but some of them still had their labels on. There was a Grand Fir, a Mulberry and our Tree of the Day, the uncommon Antarctic Beech Nothophagus antarctica. It’s native to Chile, and also grows on Hoste Island in Tierra del Fuego, so it has the distinction of being the southernmost tree in the world. It’s a narrow sapling, about 10 feet tall, at the top of the south-east facing bank, behind the Lyceum Club, standing in a Daffodil bed. You would take the dark brown bark for some kind of cherry, while the leaves look rather hawthorny. 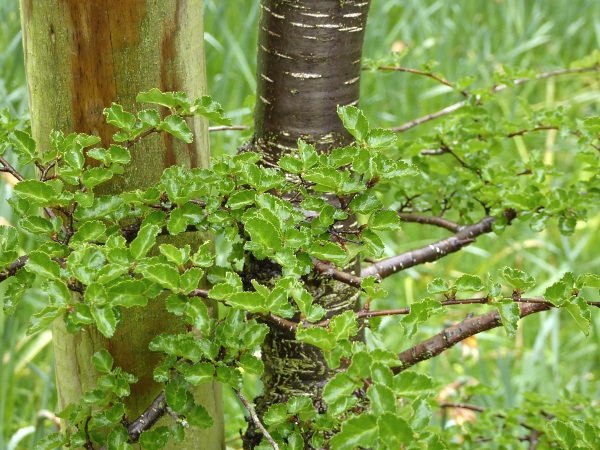 The only birds out and about in the rain were a couple of Robins and a Blackbird.  Around the corner was another Tulip tree, with low branches near to the bank and a flower bud easy to see.  It would be a good one to look at when it’s in flower. 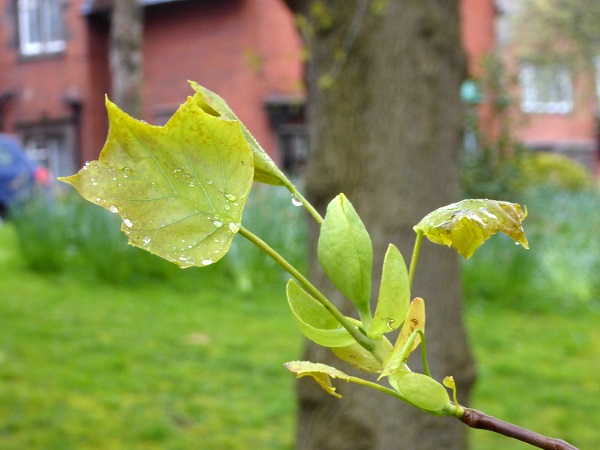 We walked up past Hulme Hall and noticed the wonderful green leafy hedge along Queen Mary’s Drive. It isn’t Beech, because that’s not out yet, so it’s probably Hornbeam. John, as a professional gardener, admired how carefully it had been trimmed, with no sign of machine “thrashing”. 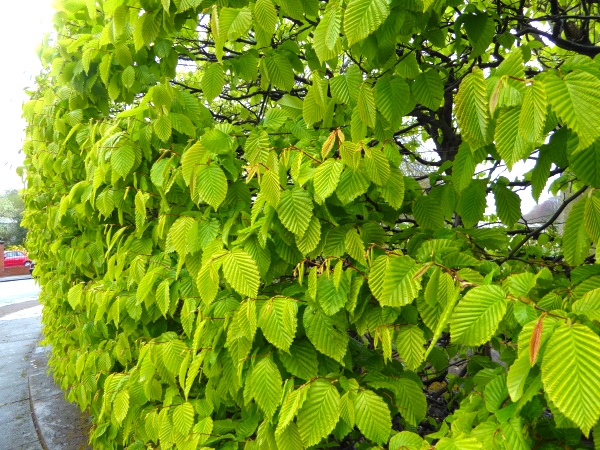 Then we looked at the Hillsborough Memorial garden on the balcony overlooking the War Memorial , which today had fresh flowers and messages, following the recent conclusion of the “Truth and Justice” inquest. 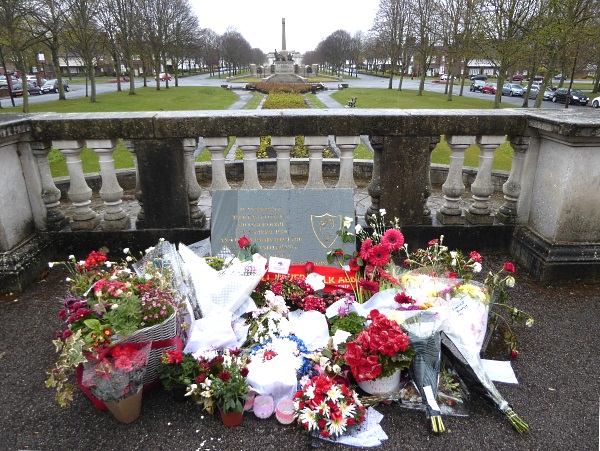 There is a Judas Tree between 32 and 33 Greendale Road and we went to look at it, hoping it would be in flower, but we were too early. There were some lovely young Maples along the pavement though, with thin pink and gold leaves. There’s a bewildering variety of Maples in the book, and I wouldn’t like to hazard a guess what they were. 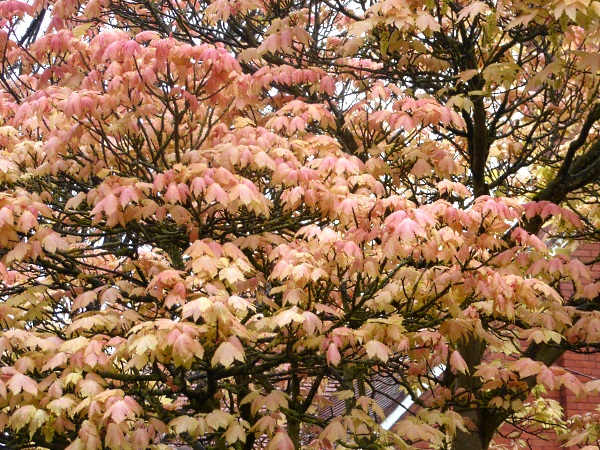 We cut through some footpaths and came out by the Lady Lever Art Gallery.  By now we were quite bedraggled but we couldn’t think of anywhere to sit in shelter to have our sandwiches. We knew none of the available cafes would allow us to eat our own food. Perhaps the lobby of the Lady Lever would let us sit there? I must have looked pretty pathetic, because as soon as I told the man on the desk about eight wet pensioners needing shelter, he sprang into action, rang a manager and they opened up the “Sustain Room” in the basement for us. Thanks very much, guys!

Afterwards we looked around the Art Gallery. I like to spot wildlife even there, and here is a detail from a painting called “The Garden of the Hesperides” by Lord Leighton, apparently showing a Little Egret and a Great White Egret. 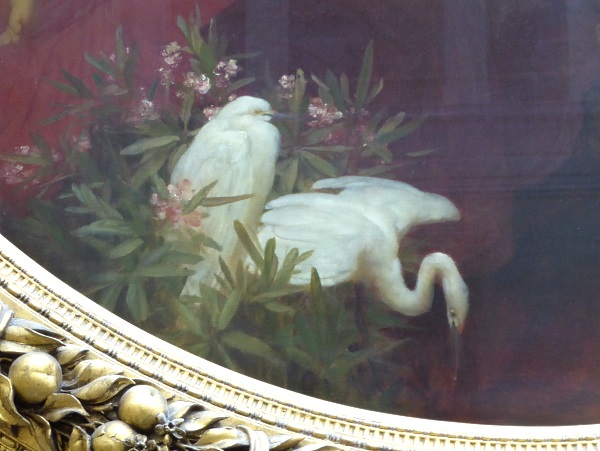 The New Ferry Butterfly Park was having an Open Day with some fund-raising stalls. I got some home-made cakes, some note cards with drawings by our old friend “local artist Bob Hughes”, and a small Feverfew plant. Some of the others bought Strawberry plants, while John bought a Tombola ticket and won a large scented candle, said to be good for romance! They had a Cowslip meadow, and sprouting amongst the flowers were hundreds of spore-bearing stems of the Common Horsetail Equisetum arvense. These brown shoots are only found in spring, while the sterile green feathery ones grow the rest of the year. 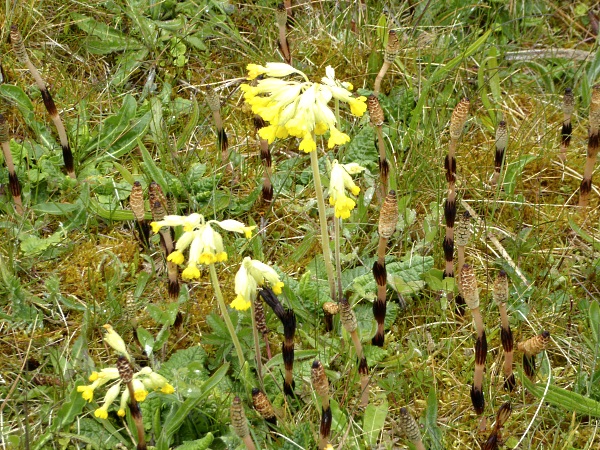 There was some odd-looking Mistletoe on an Apple tree, which one of the helpers said was African Mistletoe. Alas, there were no butterflies on the wing today, they don’t like the rain either, but the Marsh Marigolds by the pond put on a good show. 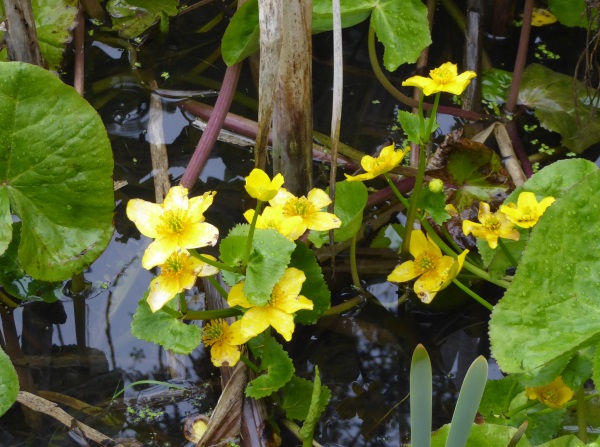 Public transport details: Train from Central at 10.15 towards Chester, arriving Port Sunlight at 10.30. Returned on the 14.41 train from Bebington Station, arriving Central at 3.00.