Spring has arrived in Dibbinsdale with the woods filled with birdsong, proclaiming territory and attracting mates for the breeding season ahead. I watched one Great Spotted Woodpecker drumming away on a dead tree and heard a further three drumming elsewhere on the reserve. A Chiffchaff was belting out its name – I’d had my first of the year in the back garden on Easter Sunday. A Green Woodpecker was yaffling, a Treecreeper spiralling a tree, Buzzard mewing overhead, garrulous Jays squabbling, Nuthatches both calling and occasionally singing – a song that to my ears wouldn’t sound out of place in a tropical rainforest, Song and Mistle Thrushes plus the usual Robins, Wrens, Blackbird, Tits etc. 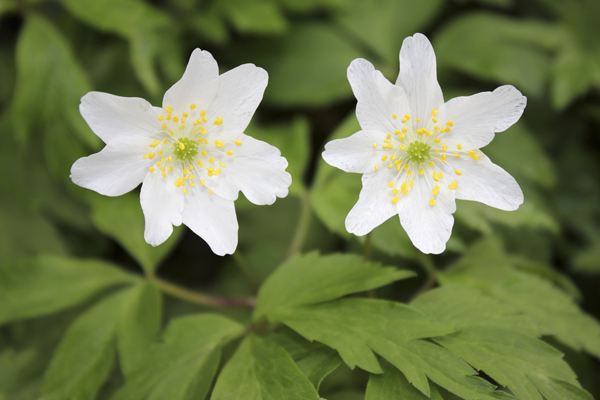 It was still very muddy underfoot after the winter rains but emerging from the woodland floor was a carpet of Wood Anemones Anemone nemorosa whose plants start flowering soon after the foliage emerges from the ground and before the canopy becomes too dense. It is a good indicator species of ancient woodland as it is surprisingly slow to spread (according to Plantlife six feet in a hundred years!) relying on the growth of root-like stems called rhizomes rather than the spread of its seed that is mostly infertile.

Dog’s Mercury Mercurialis perennis was prevalent with swatches of its fresh green spear-shaped leaves and clusters of small, greenish flowers, again spreading by its underground rhizomes and often becoming so expansive that it shades woodland floors and crowds out rarer species. Dog’s Mercury is highly poisonous containing methylamine and trimethylamine – the latter a compound that can give an aroma not dissimilar to rotting fish is probably responsible for its foetid smell. 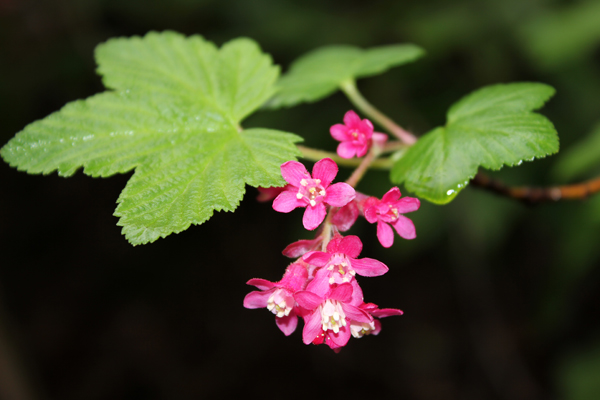 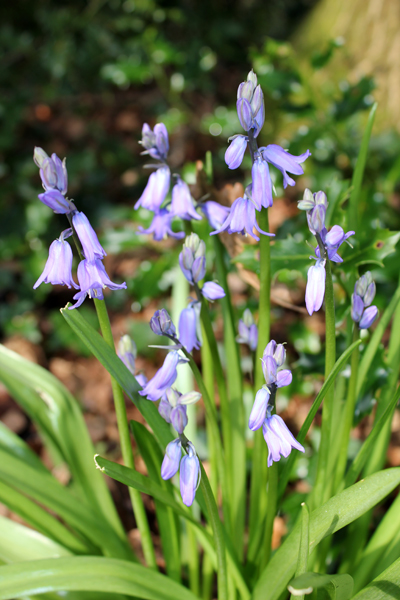 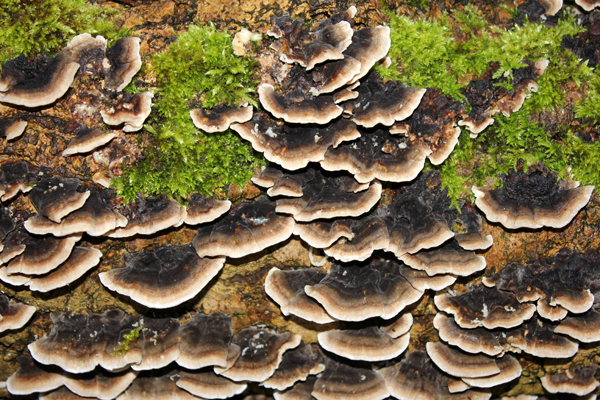 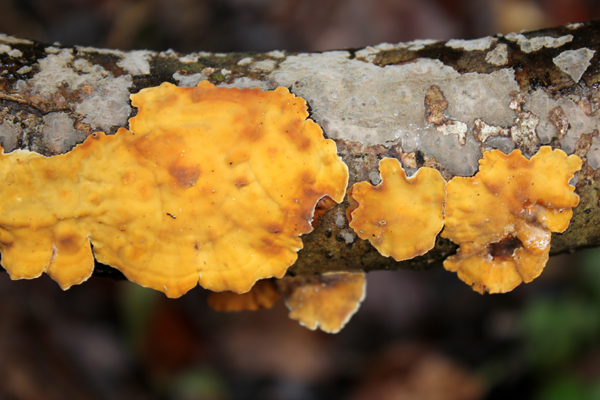 I had been on the look-out for Scarlet Elf Cup Sarcoscypha coccinea and found a number on a branch pile at the Bromborough end of Otter Tunnel. They were a bit past it and had lost their cup-shape but when emerging from the tunnel I spotted some fresher specimens on a mossy log amongst the flowering Opposite-leaved Golden-saxifrage Chrysosplenium oppositifolium. 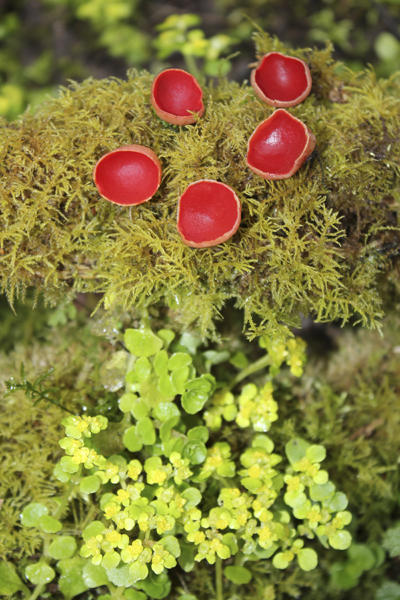 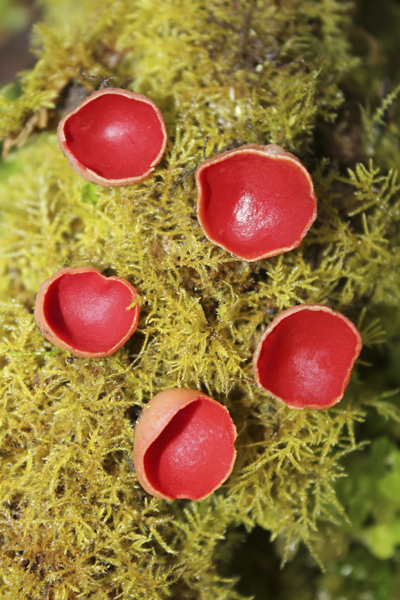 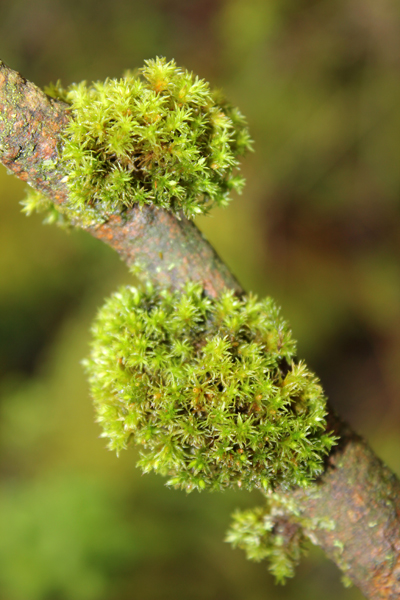