We got off to a very good start with a Peregrine Falcon flying over Bank Hall Station, heading into town.  It was the Spring equinox, the sun was shining, the Magnolia buds were just breaking, but there was still a chill in the air. 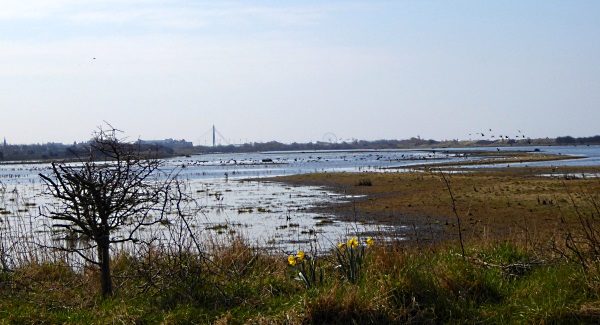 As we walked along Marshside Road towards the car park, we spotted Canada Geese, Greylag Geese, Pink-footed Geese, Shelduck, Shoveller, Redshanks, Moorhens, a pair of Teal and many grazing Wigeon. 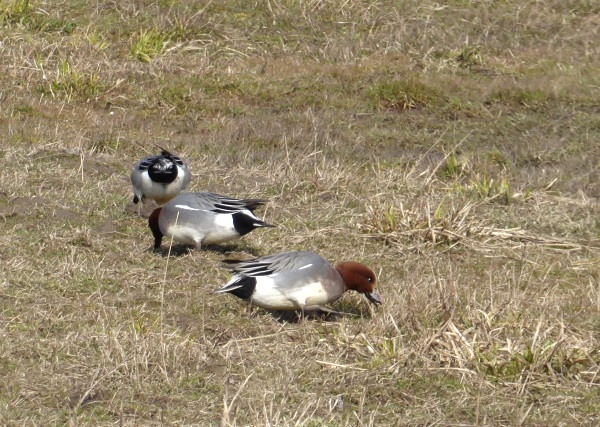 Five MNA members were there, and there were eight of us in the Sunday Group, although four of us are also MNA members. On the way to the Sandgrounders hide we noted Lapwings, a Coot and what appears to be a breeding colony of Black-headed Gulls on an island. There was supposed to have been a Mediterranean Gull mixed in with them recently, identified by its darker head, but nobody spotted it today. 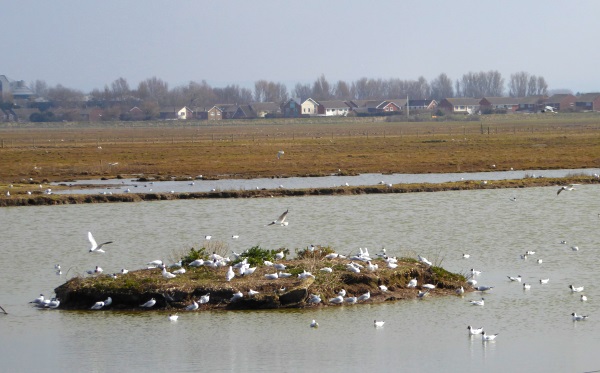 We lunched in Sandgrounders, admiring a pair of Avocets right in front of us. 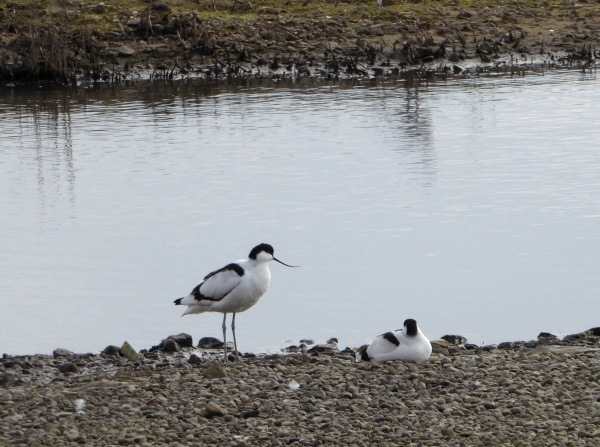 There were also Black-tailed Godwits probing the water, a pair Oystercatchers and two Jackdaws. Way over to the left of Polly’s Pool was a flock of Golden Plover. They were hard to make out, even with Alexander’s telescope. There was said to be a Little Egret, but it was hiding in a ditch. A pair of Mallards slept in the reeds, a pair of Gadwall dabbled for food, and a Shelduck caught the bright sunshine. 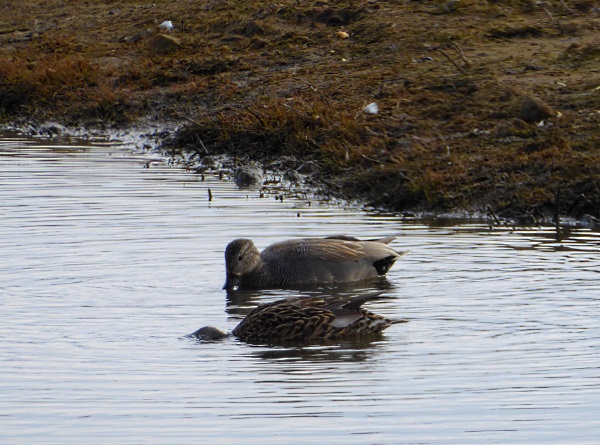 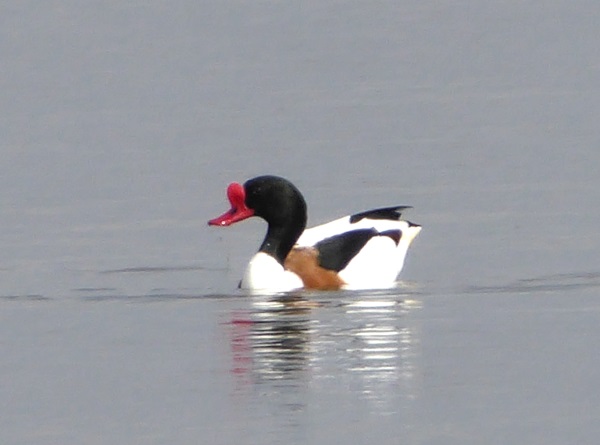 As we left the hide, I spotted Green Alkanet in bloom, and a large fly inside a blooming Daffodil. It was quite still and appeared to be hanging on to the daff’s pistil for dear life. It’s definitely a Drone Fly, Eristalis sp., but it’s hard to tell whether it was the Common Drone Fly Eristalis tenax, with a dark face stripe (impossible to see) and curved fourth segment (tibia) of the rear leg, or whether it was the Tapered Drone Fly Eristalis pertinax, which is identified by its pale front legs, also impossible to see. Since that back leg looks completely straight, I guess it’s the Tapered, but I may be wrong. 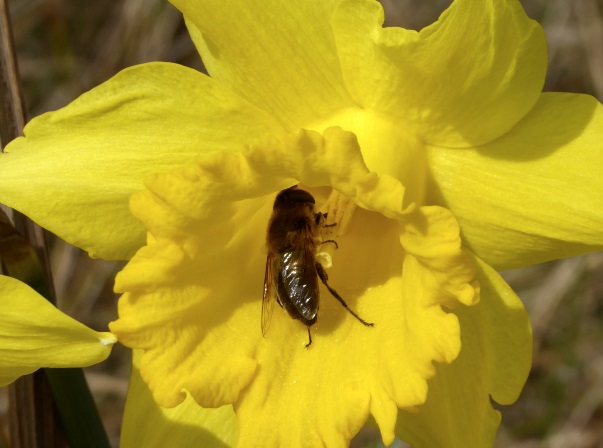 There were Tufted Duck  and Little Grebe on Junction Pool, and as we were walking along to Nel’s Hide, we spotted Mute Swans. A Little Egret posed by an island, looking very photogenic, but it moved as soon as I got my camera out, drat it!  From Nel’s Hide we could see Pintail, Redshank, a Lesser Black-backed Gull, a flotilla of Shelduck and more Teal. 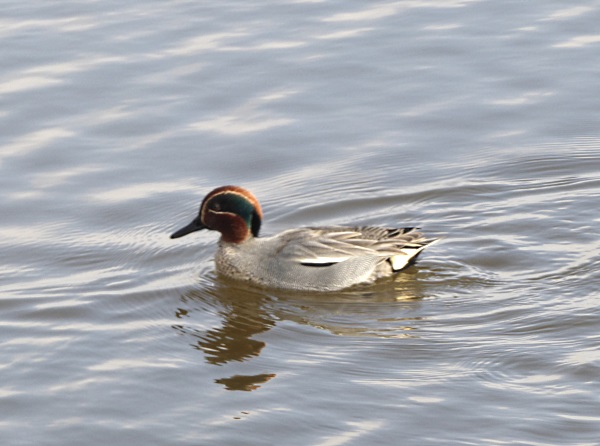 Some of us spotted three Brown Hares on the far bank, but not me.

We had 14 new ticks today on the Sunday Group’s Bird list for the year, now standing at 68.

Public transport details: Bus 47 from Queen Square at 10.10. (We would normally get the train to Southport, but there were rail engineering works from Hunt’s Cross to Sandhills, so we were avoiding and outflanking the dreaded rail replacement bus.) Arrived Stanley Road near Bank Hall Station at 10.20, and got the 10.31 train to Southport, which was the one we would have been on from Central, if it had been running. That arrived Southport 11.05, then bus 44 from Hoghton Street / London Street (opposite the Little Theatre) at 11.17, arriving Elswick Road / Presall Lane at 11.30.  Returned from Marshside Road / The Fog Bell at 2.29 (the 2.15, late) arriving Southport at 2.38, and we got the 2.58 train back to Liverpool.