Rather than going right through to Parkgate, we got off the bus in Neston, then walked through the churchyard and onto the Wirral Way. 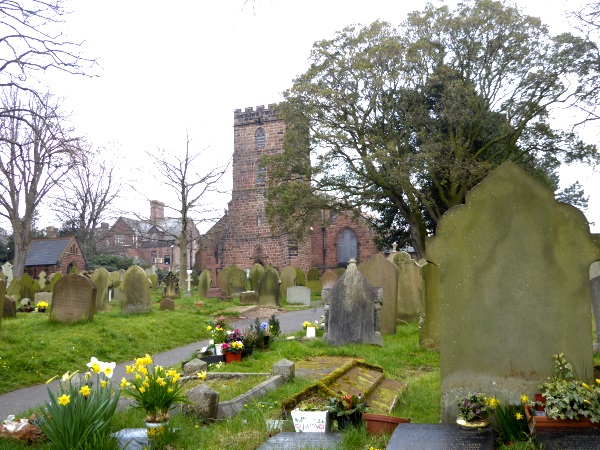 There were lots of birds tweeting and singing, and it sounded like spring all of a sudden. Dunnock, Crow, Wood Pigeon, Great Tit, Chaffinch. There was a Grey Squirrel on a fence, and some of us spotted a Goldcrest in a clump of Ivy, but it flew off as soon as it was seen. Most of the Hawthorns are now leafing, and one or two aberrant bushes were starting to put out their flowers. Another sign of spring was the Lesser Celandine. 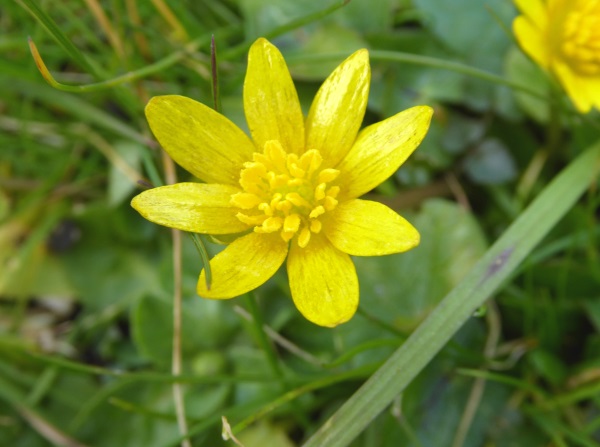 Other flowers were Periwinkle, Green Alkanet, Euphorbia and this Flowering Currant. 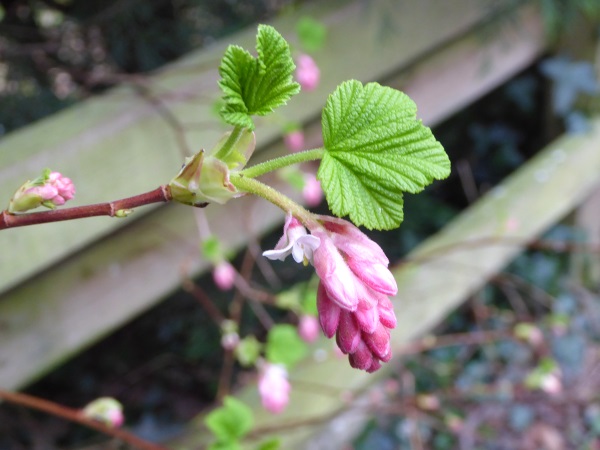 We lunched on the benches outside the Old Quay pub, and the sun came out. We had come to Parkgate for a 10m high tide, due at 2pm. This was the third day of the high tides, and John had been there yesterday and saw a Short-eared Owl patrolling up and down the marsh, so our hopes were high. On the marsh we saw a Great White Egret, three Little Egrets, Shelduck, Mallards, Black-headed Gulls, and a Heron. Over by the pool there were Canada Geese, about a dozen Redshank and two Oystercatchers. 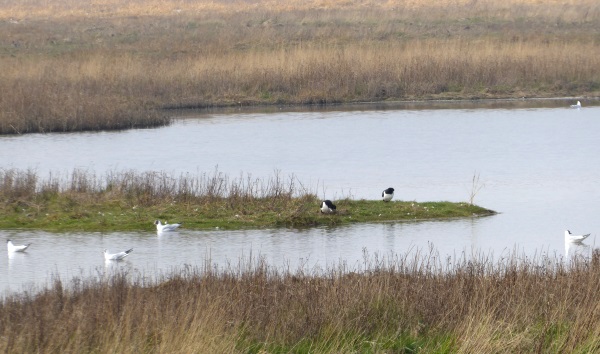 Then we walked along to the Old Baths, where the birdwatchers had assembled. The tide came past its height, but not much happened. There were no owls, no other raptors and not much water. Perhaps all the raptors were already stuffed from the previous two days’ hunting and couldn’t be bothered to do it all again.

But there were more signs of spring amongst the gorse. Two wasps were visiting the flowers, and I saw my first Ladybird of the year, a Seven-Spot, sitting motionless in the sun, warming up. 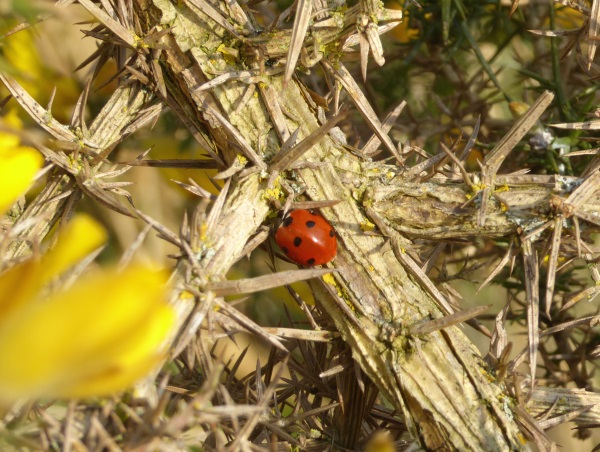 Both of the famous ice-cream shops were doing a roaring trade, with queues out into the street, but we resisted, and sat in the sunshine in the garden at St Thomas’s church, admiring the wide-open Tulips. 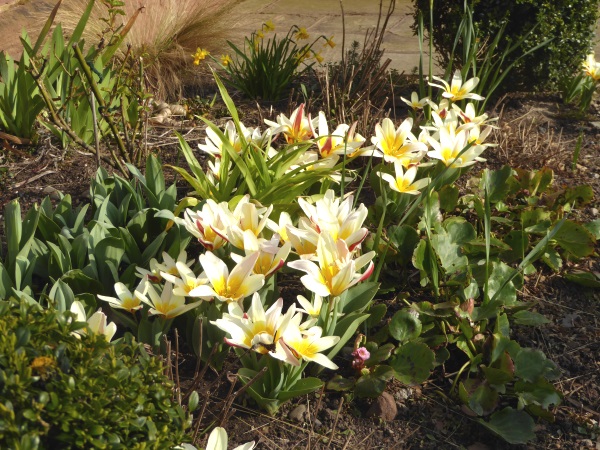