Despite the warnings of high winds and torrential rain, nine members met at the Lakeside café at the south end of the lake for this easy short walk (11am to 1pm) looking for water and woodland birds. 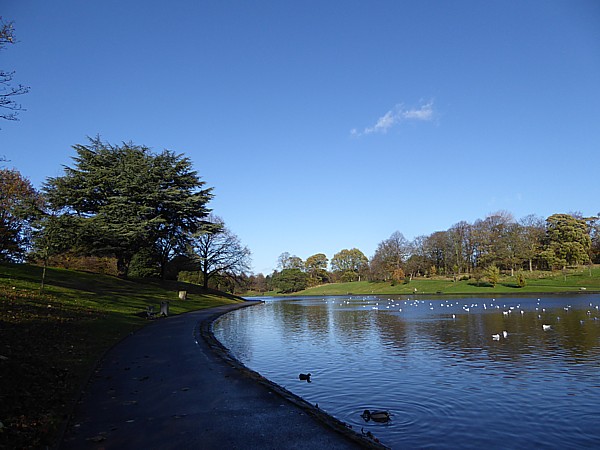 Sefton Park is once again a Green Flag Award winner for 2014/15 and a sign headed “Grassland management within Sefton Park – a site of nature conservation value” says “For the past four years there has been a programme of grassland diversification being carried out within the park as a means of providing increased resources for local wildlife. Most of the grassland in the park is managed for amenity and cut regularly. Other areas, however, are managed for wildlife. These areas are only cut once or twice a year or sometimes even less. This provides greater resources for mammals, birds and insects. The programme is part of the City Council’s effort to improve the biodiversity value of its parks for the benefit of wildlife and visitors.” 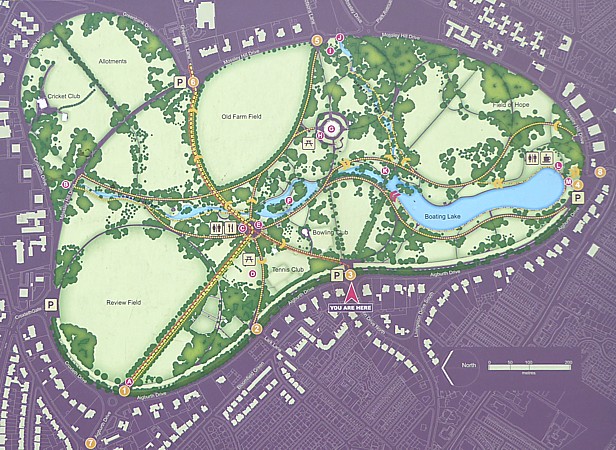 There were over 40 Canada Geese grazing on the grass verge, unbothered by people walking by. But when a dog walker came along, they hurried back into the water, despite the dog being held on a very tight lead. They were clearly disturbed by all dogs. One sign on the railings asked for dog walkers to respect the Swans, while a more urgent one said, “Recent dog attacks on the family of swans here at Sefton Park have resulted in the female swan and one of her cygnets being injured and having to be taken from the lake by the RSPCA to be treated, thus leaving the male swan and remaining cygnets on their own and therefore in a vulnerable position.” Then followed a warning that CCTV was in operation, and the phone numbers of the RSPCA, the police, Liverpool Direct and the volunteer Swan and Wildlife Watch group. We were happy to see the full family of two parents and six cygnets come sailing along together, clearly recovered from their ordeal. 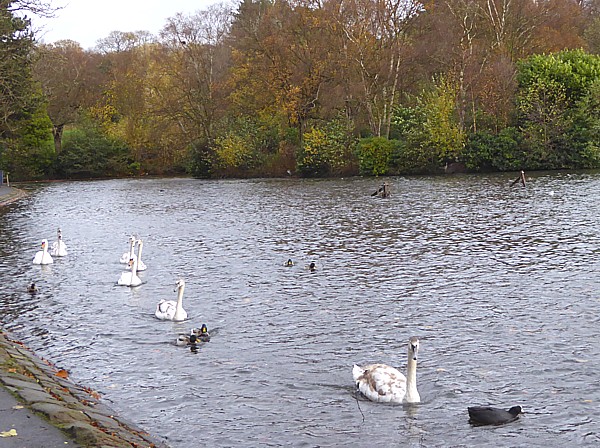 Other birds on the lake were Mallards, Moorhens, Coots, Black-headed Gulls, Herring Gulls, Lesser Black-backed Gulls, some Tufted Duck, some Cormorants, a Great Crested Grebe and a single Little Grebe. 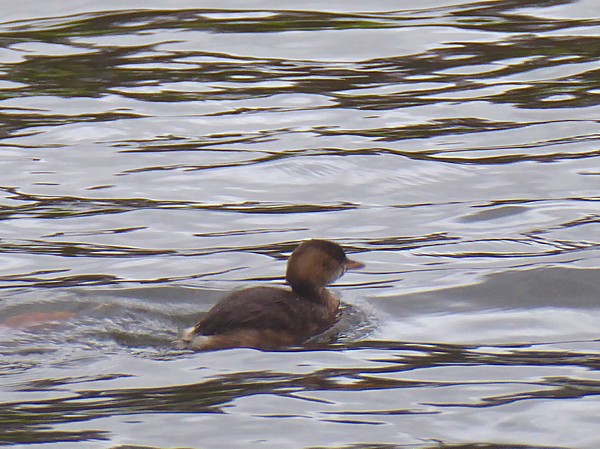 The warm autumn has confused many plants. We spotted late flowers of Herb Robert, Bramble and Wood Avens. Some things were meant to be flowering, of course. The winter-flowering shrub Viburnum bodnantense was blooming and a small but productive clump of Ivy was providing pollen and nectar for any lingering insects. 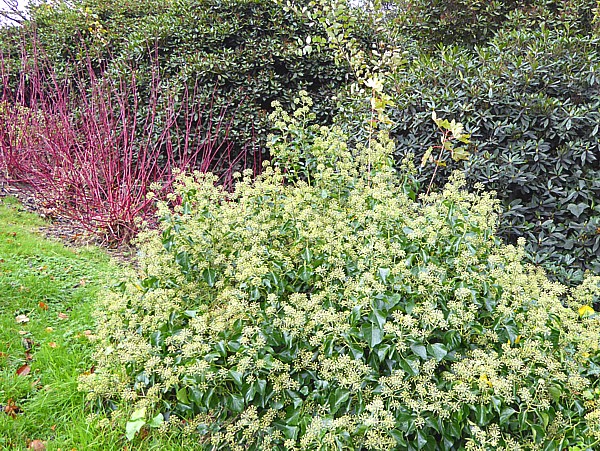 A sudden monsoon rain shower drove us under a sheltering tree, where we watched a young Heron tough it out. 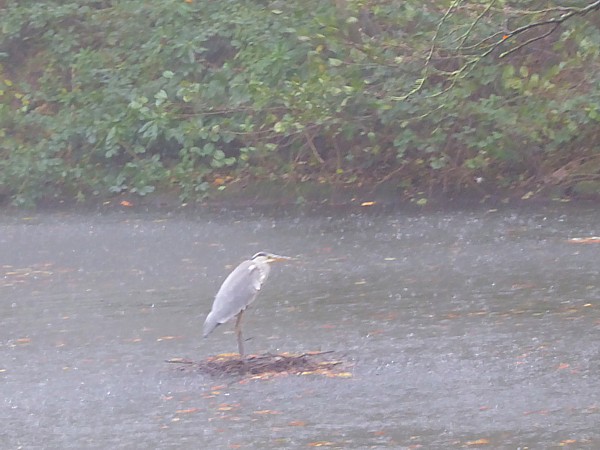 Near the bandstand there is said to be a Black Walnut tree Juglans nigra which is the Lancashire county champion for girth and height (20m, about 65 feet). Now that most of the leaves have fallen, trees are harder to identify, but it must be one of this group. There were big hanging fruits above and many had fallen to the path below. 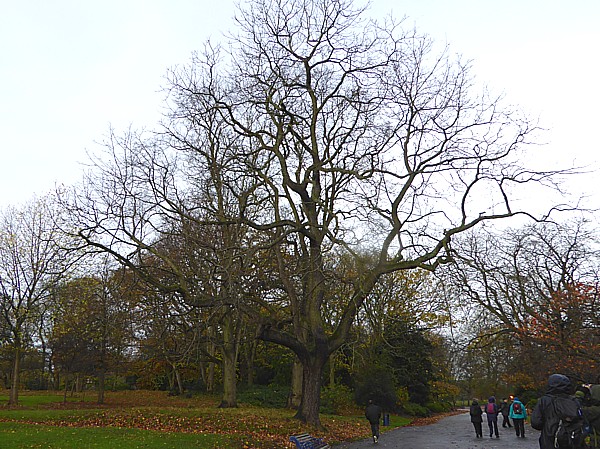 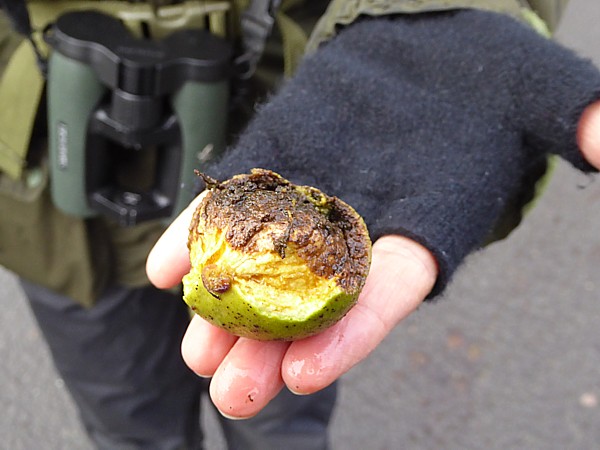 The sun came out as we approached the Eros statue. Two Ring-necked Parakeets flew over and we tracked them to the Fairy Glen, where they screeched in the trees overhead. These were lifers for some of the group. All the bird feeders at the usual place seemed to be missing. Have they been nicked? It can’t have been long ago because the area is still full of birds. We saw Great Tit, Blue Tit, Coal Tit, Long-tailed Tits, Wood Pigeon, Jay, Magpies, Carrion Crows, a Treecreeper and a Nuthatch, as well as several fearless Grey Squirrels.

We returned along the other side of the lake. Another sign posted on the railings warned of the dangers of feeding bread to ducks and geese, with dramatic pictures of birds affected by angel wing. The poster made the novel recommendations of feeding oats, sweetcorn or defrosted frozen peas. We came across the family of Mute Swans again and were able to read most of the blue Darvic rings on their right legs: X46, 4MT, 4ANT, 4BVB, 4BVG, 4BVM, 4BVS, and one that was too dirty to read. Last year we recorded one of the adults as XZ6, which may be the same bird as the one read as X46 today.  A confused Coot appeared to be making a nest, and a Cormorant yawned silently on one of the chain barrier posts. 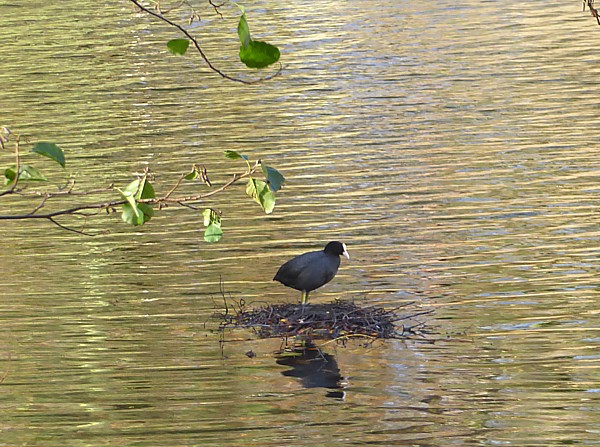 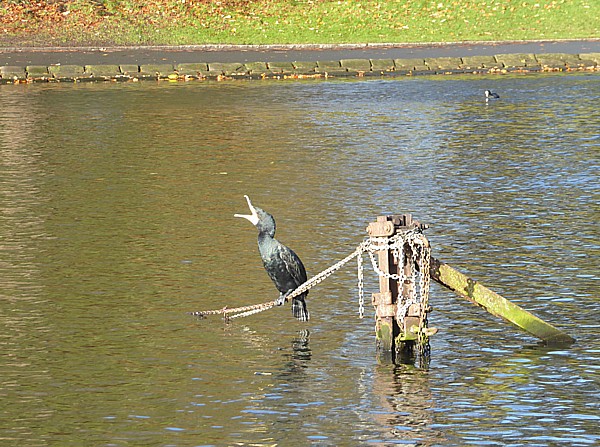 A Buzzard flew over the trees just as we were breaking up.  I went to investigate my Tree of the Day, a Cedar on the bank. 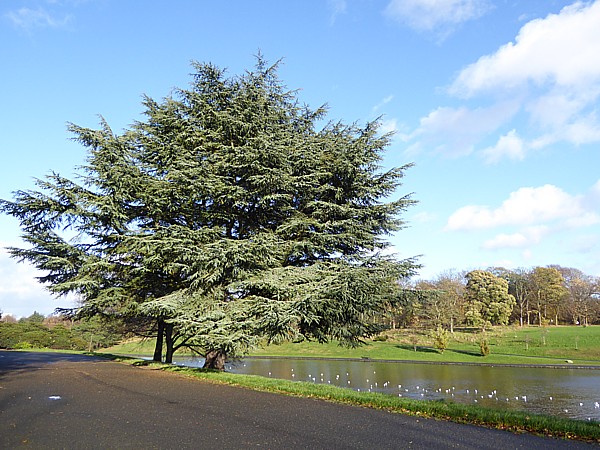 It wasn’t the right shape for a Cedar of Lebanon, and it wasn’t droopy-tipped enough to be a Deodar, but the cones were definitely from the Cedar family. I think it was the third member of the genus, the Atlas Cedar Cedrus atlantica. It is most commonly seen in the “blue” form, var ‘Glauca’, and the plain dark green one is rarer. The clincher for me was the description of the infant cones as having pale green scales tipped with lilac. 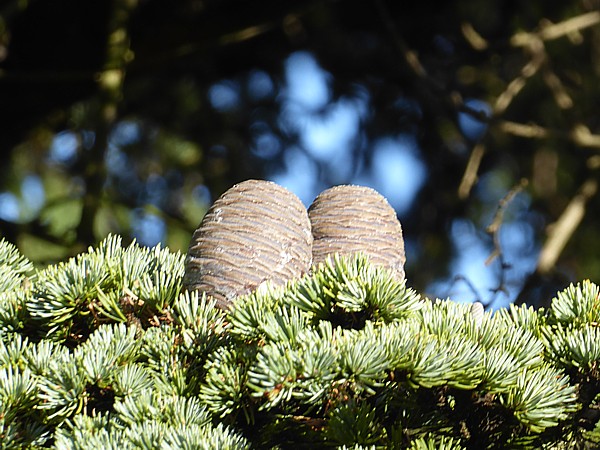 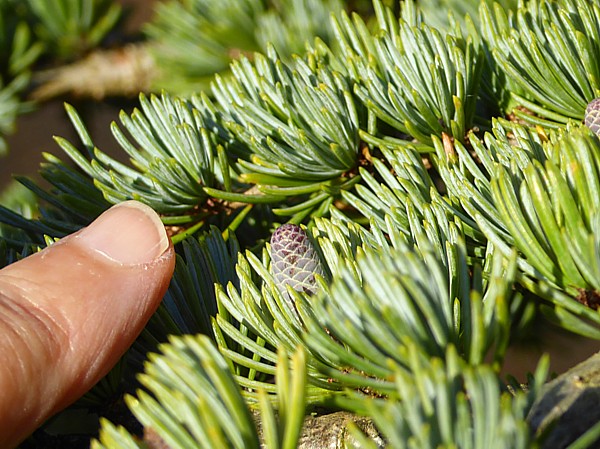 On my way back to the station via Livingstone Drive I spotted a Blackbird, and also, judging by the fallen leaves, what appeared to be a Red Oak outside the Family Health Centre on the corner of Lark Lane. 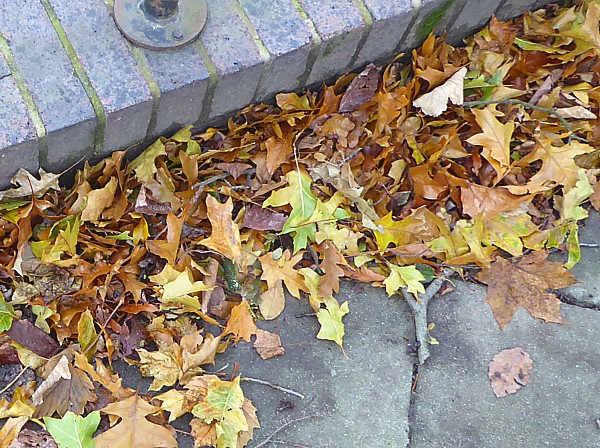 Public transport details: Bus 82 leaves Liverpool ONE bus station or Lime Street stop GD (near the Vines pub) every three minutes or so on weekdays, arriving at the stop before Aigburth Vale about 25 minutes later. I travelled from Crosby on the train to St Michaels, with a 25 min walk to the south end of the park.