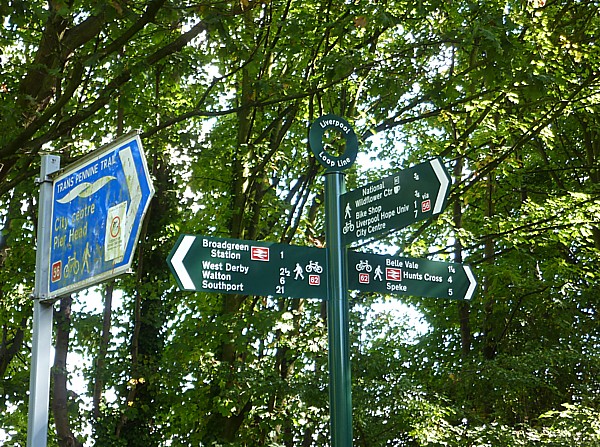 It’s getting autumnal now, but it was a beautiful day with hardly a cloud in the sky. It’s turning out to be a wonderful season for fruit and seeds, and the Hawthorn is putting on huge displays of red berries. 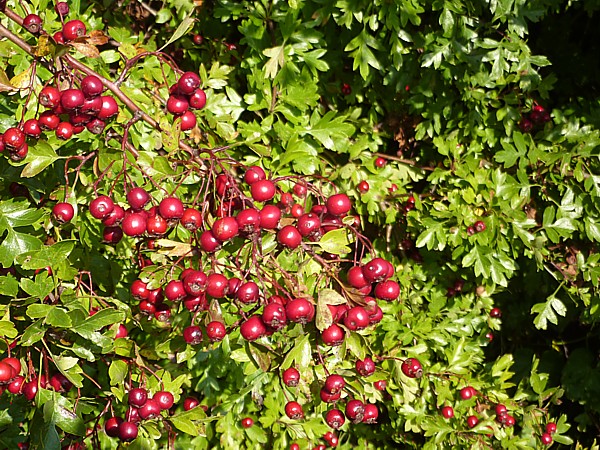 The trail in this section is a dark shady tunnel almost all the way along. Wayside flowers included Ragwort, one of the Knapweeds, Herb Robert, Woody and Black Nightshades, Michaelmas Daisies, seed-heads of Wood Avens, Bindweed and a crucifer with four-petalled yellow flowers and bulgy seeds with longish beaks, which I think might have been Black Mustard. Another one that foxed us was something in the Bistort family. The flowers were branched and very pale pink, almost white, and the stems were green. Despite this I think it was most likely to be the common Redleg, Persicaria maculosa, which is supposed to have red flowers and stems, but it was probably less coloured in deep shade. 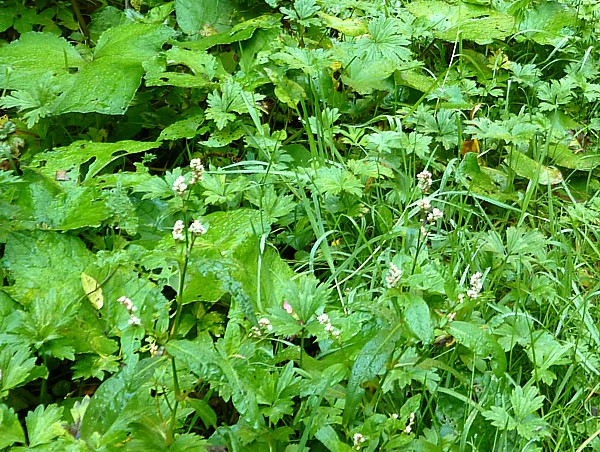 Sycamore Tar Spot Fungus is said to be a sign of clean air, occurring in the country but not usually in towns. However, we spotted it all along the trail, even right next to the underpass below the Motorway and Bowring Park Road. 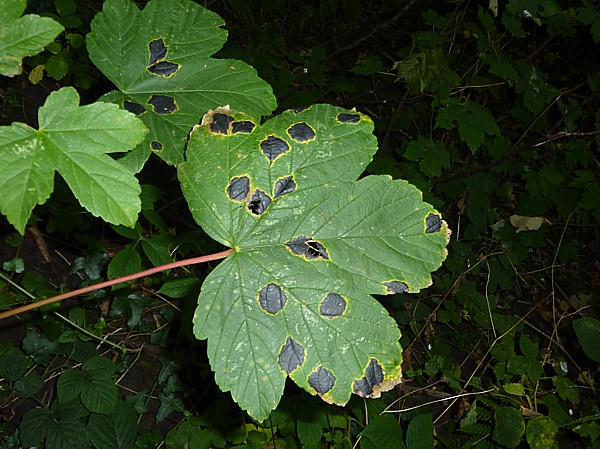 We lunched at a picnic table in a rare sunny spot with a splendid view over playing fields to Childwall All Saints church. 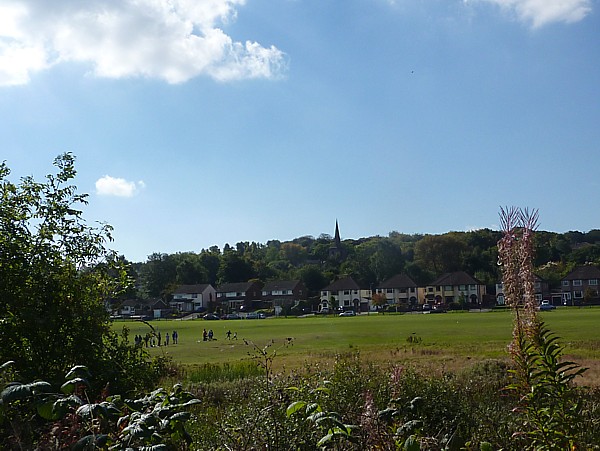 A small detour took us around the small park called Alderman John Village Garden, where I picked a Lime leaf and a seed head hanging from its yellowing bract. 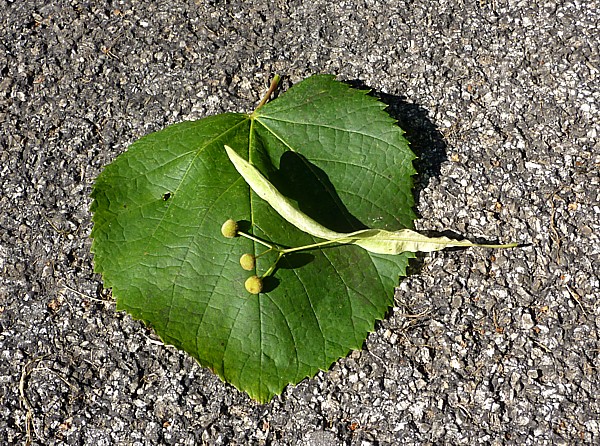 Back on the trail I was hoping to collect leaves and seeds of Field Maple, Sycamore and Norway Maple, to compare them, but could I find a Norway Maple? Nope. This picture has just the Sycamore leaf and seed-pair and the much smaller Field Maple leaf lying on it, with its seeds sticking almost straight out. 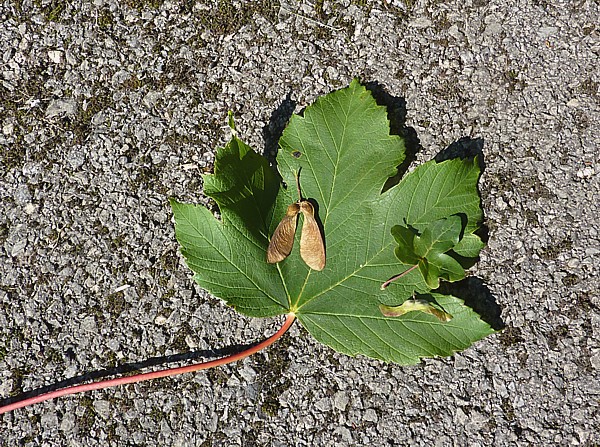 Our last wildlife note was a Grey Squirrel in Belle Vale Park.  On this tenth section of the Trans-Pennine Trail we walked a further 3 miles of it, taking us to 23½ miles from Southport.

Public transport details: Bus 10A from Queen Square at 10.00, arriving East Prescot Road opposite Sainsbury’s at 10.25. Returned on 14A bus at Childwall Valley Road outside Belle Vale shopping centre at 2.10, arriving Liverpool 2.35.