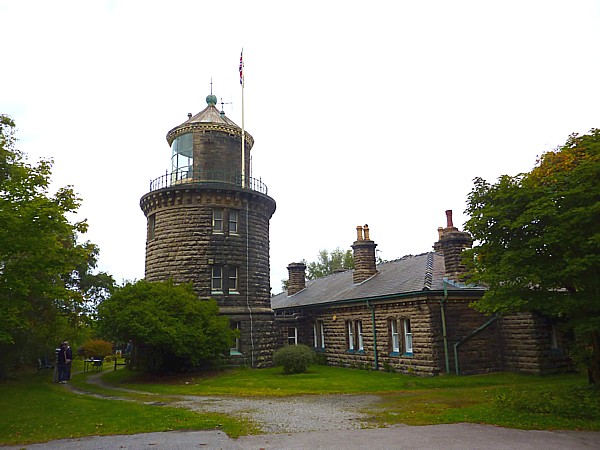 The first yellowing leaves were falling from the Lime trees in Crosby this morning, so autumn is in the air. As we climbed up St George’s Way to Bidston Hill the low shrubs and grass glistened with the flat, dewy webs of a sheetweb spider from the genus Linyphia, and Linyphia triangularis is the commonest. The spider itself is supposed to lurk beneath the web, but we didn’t spot any. 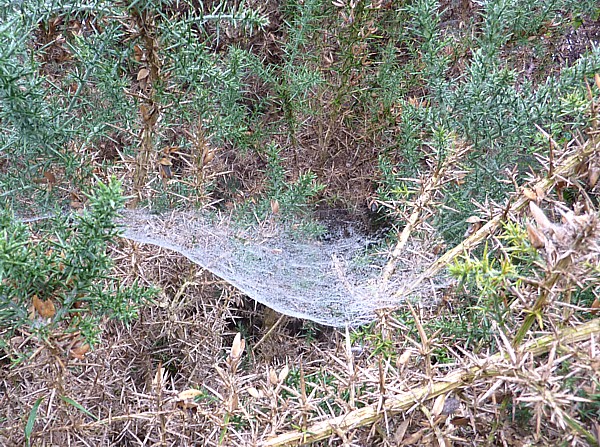 Heather and Gorse were still out, and we spotted some flowers of Yellow Balsam.  We lunched at the top, admiring the views to Liverpool City Centre one way, and to Point of Air lighthouse and the Great Orme in the other direction.

Bidston Lighthouse is behind the Observatory, and I had never been aware of its existence before. Bidston is further from the shore than any other lighthouse in Britain. The current building dates to 1873, and it replaced a previous one from 1771. Together with Leasowe Lighthouse below it on the shore, it was a navigational aid to help mariners through the treacherous sandbanks into Liverpool. By lining up the lights of Leasowe and Bidston, ships could follow the safe channel.

On the way back to the windmill we spotted a large cluster of Fly Agaric Amanita muscaria under the Birch and Gorse. There were a dozen or more of them, with small ones still coming up. The largest was 7 or 8 inches across. 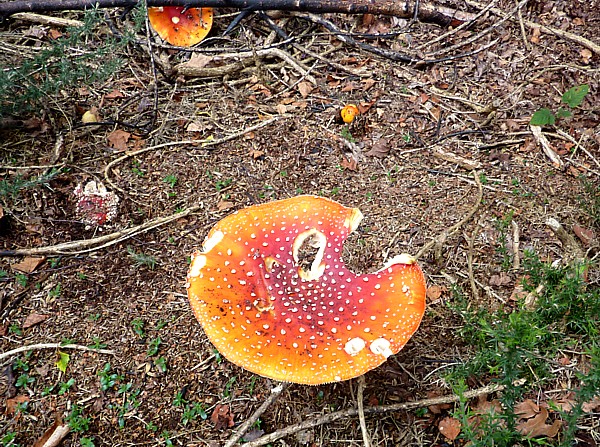 Further under the same undergrowth were some pale brown ones. Were they just poorly-pigmented ones of the same species, or were they the rarer Royal Fly Agaric Amanita regalis? 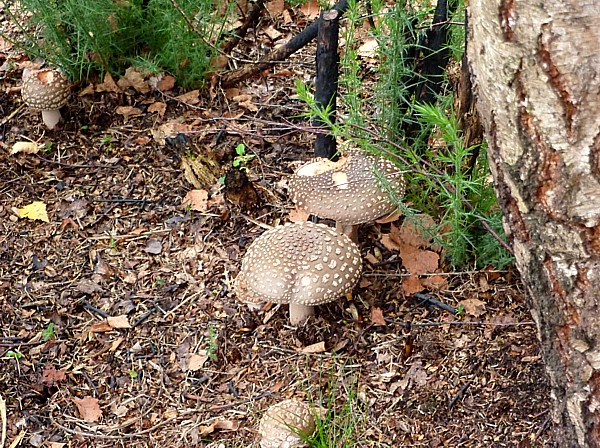 Inside a barn at Tam o’ Shanter urban farm a pair of Swallow parents were busily feeding three chicks, which were out of the nest and perching on a rafter. One of the staff said it was that pair’s fourth brood of the summer and that the farm has had its best-ever year for Swallows. 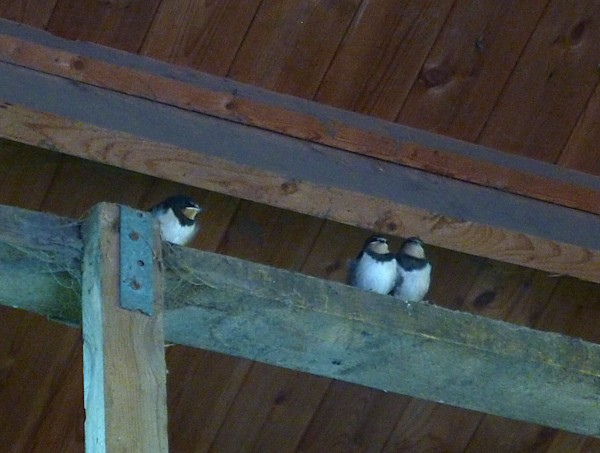 Then we went into Flaybrick Cemetery. The leaves on one of the big old Lime trees were curling up and the fruits were hanging in clusters from yellowing bracts. 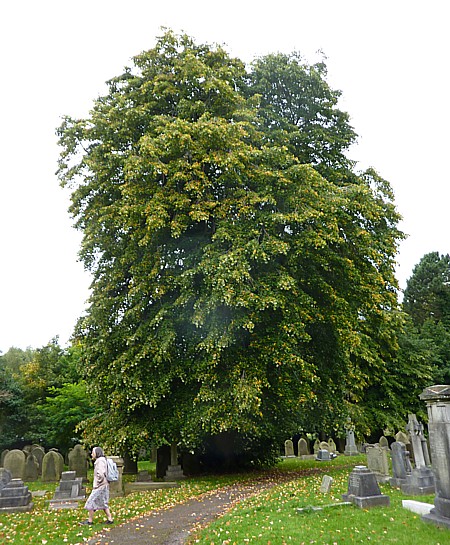 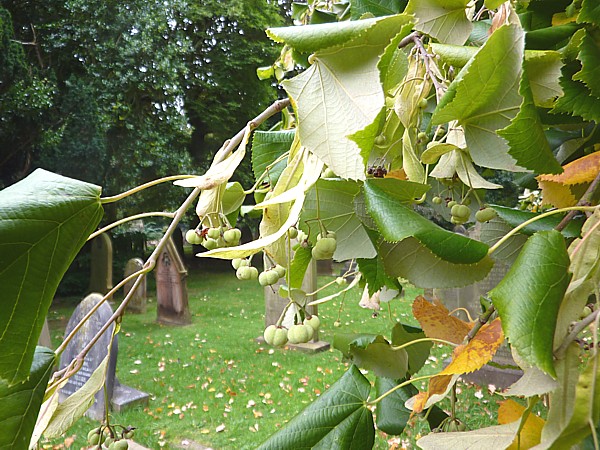 One late bloom of the orange flower Fox and Cubs had a Hoverfly on it, perhaps from the genus Eupeodes. 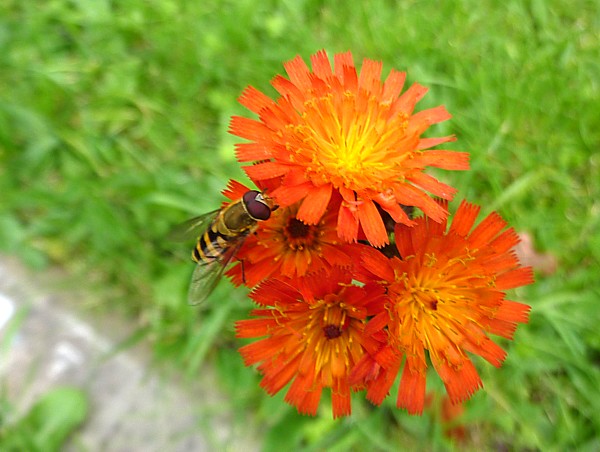 Other trees noted were a False Acacia or Locust Tree, Robinia pseudoacacia, and this Hornbeam with small leaves and no seed clusters that I could see, which may be of the variety “Fastigiata”. 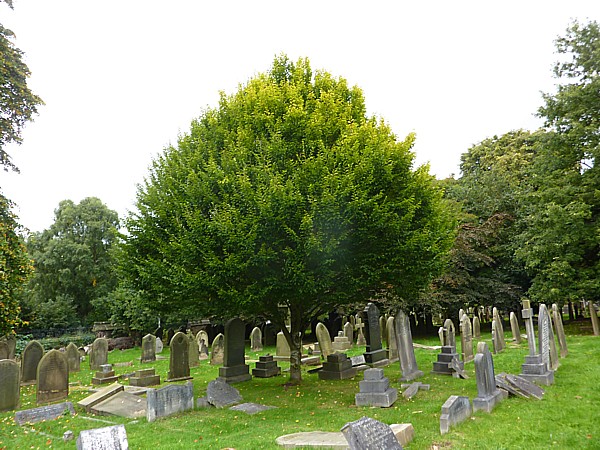